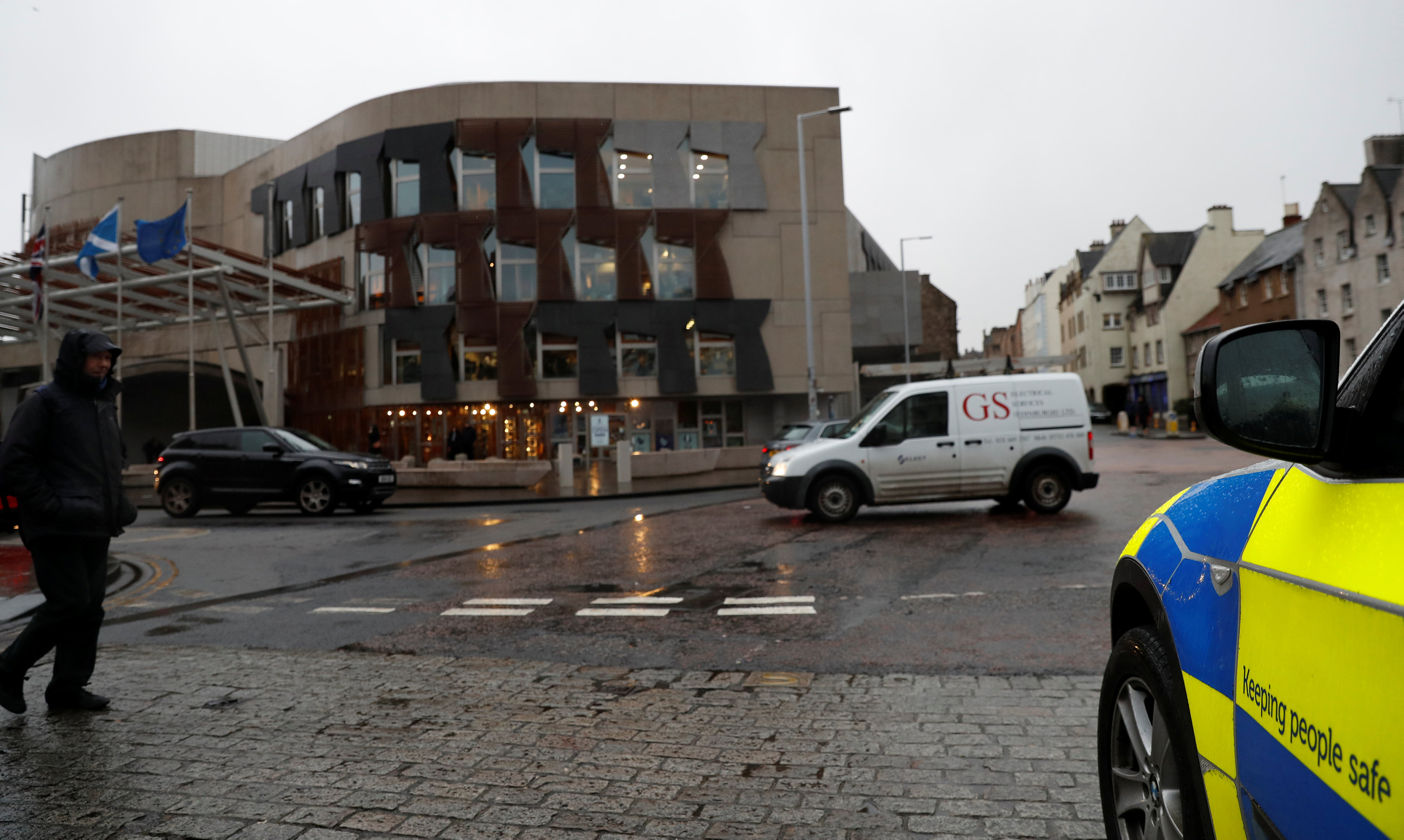 EDINBURGH (Reuters) – Scotland’s devolved parliament suspended a planned vote on Wednesday to give its government a mandate to seek a new independence referendum after an attack on Britain’s Houses of Parliament in London which police said they were treating as a terrorist incident.

No date for the debate to resume was given.

The Scottish parliament issued a statement saying it would increase security measures, although no specific threat to Scotland had been detected.

London’s permission for a new Scottish referendum is needed because any legally binding vote on United Kingdom constitutional matters has to be authorized by the UK parliament.

Prime Minister Theresa May has not completely ruled out another Scottish independence vote but has vowed to fight for what she has called the “precious union” of the United Kingdom.

First Minister Nicola Sturgeon, who argues that Scotland’s vote to keep its EU membership in last June’s referendum has been ignored in May’s Brexit arrangements so far, is seeking authority for a second referendum from the Scottish parliament, to be held in late 2018 or early 2019.

An Arizona football coach is riding the bench for two weeks because he prayed with his team.

Tom Brittain, head varsity coach at Tempe Preparatory Academy, has asked a member of his team to lead a prayer.  The coach then joined the students after they began praying.

That’s when Headmaster Dr. David Baum swooped in and suspended the coach because he dared to pray with his team.

He also gleefully stood by his decision.

“I think I preserved the religious freedom of our students, who have to have the liberty to be able to practice or not practice their religion on our campus, without interference by adults,” Baum said.

Parents were outraged at the anti-Christian action taken by Dr. Baum.  They showed up at the homecoming game last week with T-shirts showing support for the coach saying “Let Tom Coach.”  Students also had a poster with the “we believe in Coach Brittain” message and had personal notes of support for the coach.