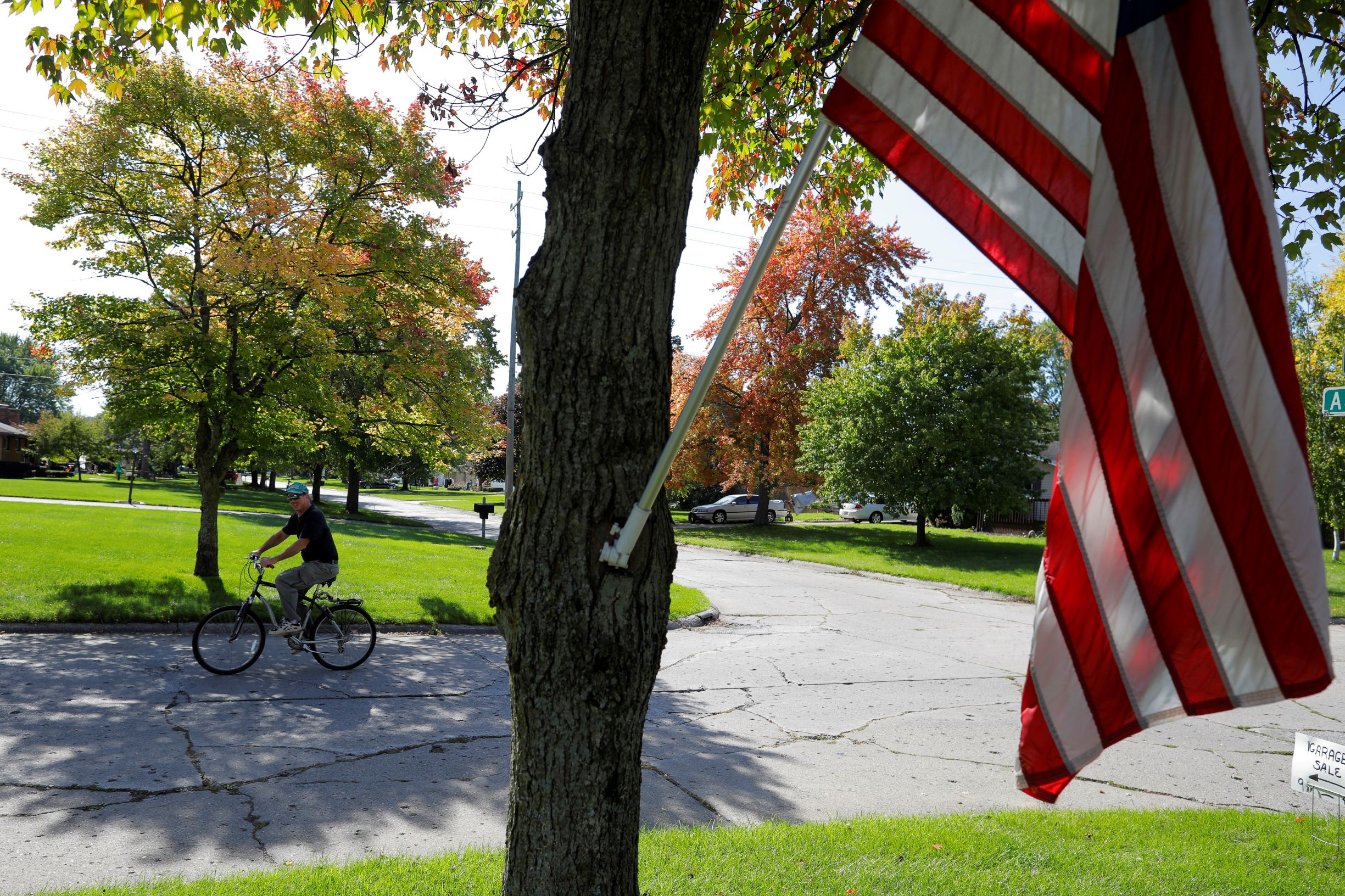 A kind of suburban trench warfare is simmering amid the small detached houses and neatly trimmed lawns where diehard Trump lovers live next to Trump haters, and both sides are dug in.

Tensions run so high that nobody on the street displays a political yard sign, says Josh Robinson, 35, a steelworker who voted for Trump in 2016.

“I’m sick and tired of the Democrats bitching and moaning,” Robinson says, noting that the impeachment probe of Trump makes him want to fight harder for the president.

A few doors up, sitting on her front step, Kristine Flaton says she cannot stand Trump. “I wish he’d been impeached a long time ago,” said the 39-year-old, who is currently unemployed.

Michigan is a crucial presidential battleground. Trump carried the state by less than 11,000 votes in 2016, an unexpected victory, which along with wins in Pennsylvania and Wisconsin, propelled his ascent to the White House.

The precinct that includes Cavell Street in the city of Livonia, a suburb northwest of Detroit, split its votes 358-358 for Trump and Democrat Hillary Clinton in the 2016 presidential election, according to the non-partisan data organization OpenElections.

Fast-forward three years, there is little sign that either side has changed its mind about Trump.

If anything, attitudes appear to have been hardened by the House of Representatives’ decision to launch a formal impeachment inquiry three weeks ago after a whistleblower complaint that Trump pressured Ukraine to investigate 2020 Democratic presidential rival Joe Biden.

In interviews with nearly 50 voters in Livonia and in two other swing suburbs in Michigan, where the vote was also evenly split between Trump and Clinton in 2016, Reuters found only one person who had flipped: Charles Pettyplace, 34, from Livonia, who voted for the Republican but now regrets it.

The impeachment investigation “just adds to the turmoil around him. It’s not what his office should be,” Pettyplace said.

Recent national polls indicate rising support in favor of the impeachment investigation, with the latest Oct. 7-8 Reuters/Ipsos opinion poll showing that 45% of Americans wanted to impeach Trump, versus 39% who opposed it.

But the clean split over the issue in the Michigan suburbs suggests another close battle in the state in the November 2020 election.

Which side is more energized and turns out in greater force next year will decide the election, said Gary Jacobson, a political science professor at the University of California San Diego who has studied the partisan divides in U.S. politics.

“This election will come down to turnout. In 2020, both parties are in a huge battle to mobilize the base and I think we’ll see the highest turnout in 100 years. The impeachment will feed into that and further that,” Jacobson said.

Trump supporter Ray Kirby, 48, a chef taking a stroll along quiet residential Ann Street, says he was shocked to receive a totally split response when he recently sent a Facebook post supportive of the president.

“I’ve never seen that before. People either love him or hate him.”

Rob Grose, the manager of Saginaw Township, says many people in his town “have agreed to stop talking politics because of their opposing views, because they get into arguments.”

Hank Choate, a district chair of Michigan’s Republican Party and a member of its issues committee, expects the impeachment issue to cause huge voter turnout on both sides.

On one level, it helps his party to turn out more Republican votes, because Trump’s supporters are so energized. Yet he also worries that the same goes for the Democrats.

But the longer the inquiry goes on, the more alienated independent voters will become, predicts Choate, 69.

Politically independent Americans are nearly evenly split over what Congress should do about Trump, even as a majority of them disapprove of the president in general, according to the latest Reuters/Ipsos poll.

But Geoff Garin, a veteran Democratic pollster, said even the voters who do not necessarily support impeachment agree that Trump is a figure of chaos. He also believes that Trump’s support among Republicans is not as intense as Democratic voters’ support appears to be for his eventual opponent.

“There are a lot of people ambivalent about impeachment but nonetheless are disapproving of his conduct, which I expect is what will really matter electorally,” Garin said.

Sipping coffee at a cafe in Saginaw Township, Carlee Giordano, 23, says she is afraid of discussing her political views in such a charged environment.

“People are either diehard blue or diehard red and it’s starting to bleed into everything else,” said Giordano, who wrote her college thesis on “Toxic Masculinity” and wants to see Trump impeached. “Your political views are becoming a personality trait.”