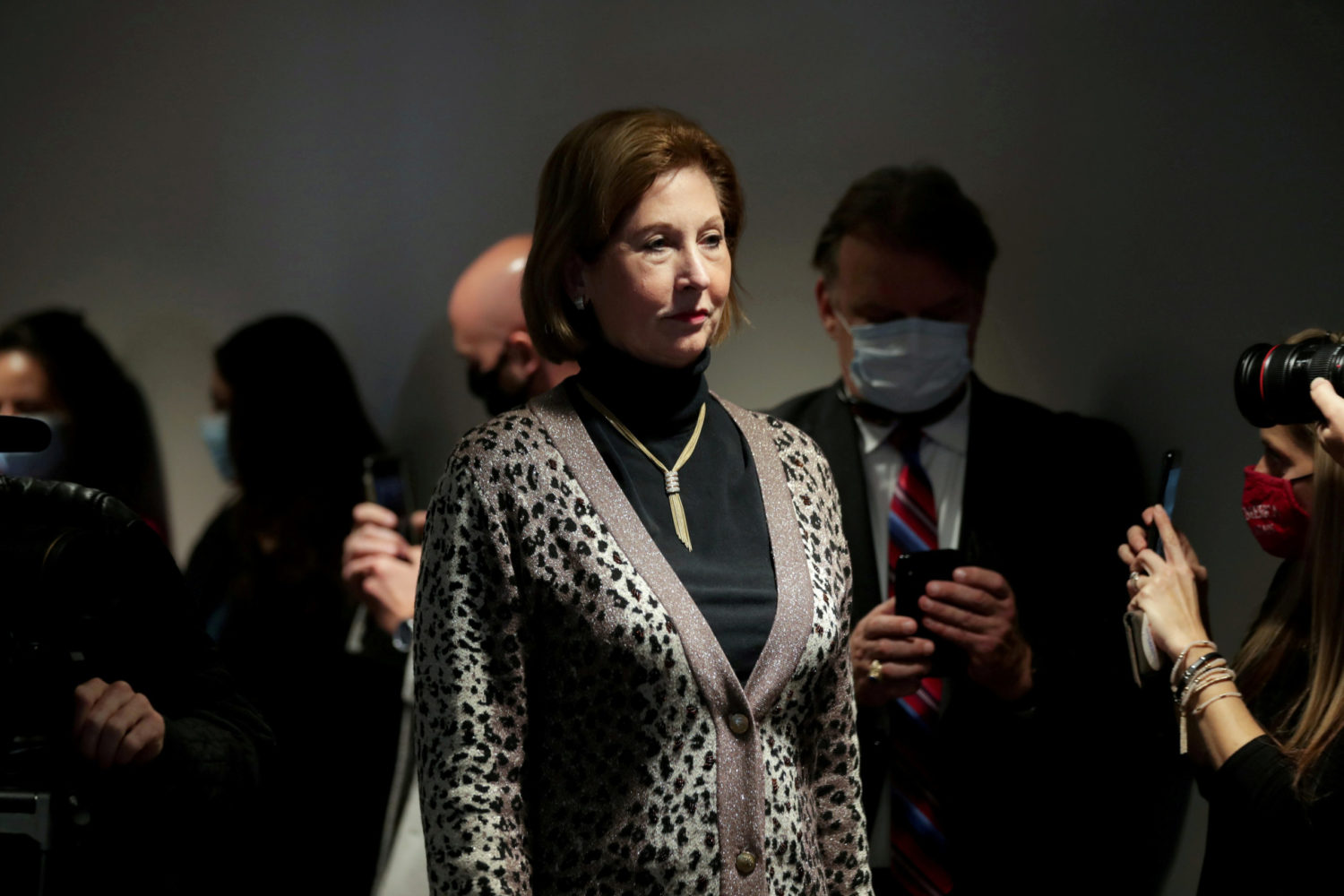 WASHINGTON (Reuters) -A U.S. judge on Wednesday sanctioned Sidney Powell and other lawyers who sued in Michigan to overturn Democratic President Joe Biden’s election victory over Donald Trump, and suggested they might deserve to lose their law licenses.

Parker, who dismissed the Michigan suit last December, formally requested that disciplinary bodies investigate whether the pro-Trump lawyers should have their law licenses revoked. The judge also ordered the lawyers to attend classes on the ethical and legal requirements for filing legal claims.

“This lawsuit represents a historic and profound abuse of the judicial process,” Parker said in her decision, adding that the case “was never about fraud – it was about undermining the People’s faith in our democracy and debasing the judicial process to do so.”

The judge said Powell, Wood, and other lawyers who worked with them “have scorned their oath, flouted the rules, and attempted to undermine the integrity of the judiciary along the way.”

Powell did not immediately respond to requests for comment.

Wood said on the social media platform Telegram that he “had nothing to do with” the lawsuit and would appeal.

Powell represented Trump’s campaign when he tried to overturn last Nov. 3’s presidential election in the courts. His campaign distanced itself from Powell after she claimed without evidence at a Nov. 19 news conference that electronic voting systems had switched millions of ballots to Biden.

In a written decision last December, Parker said Powell’s voter fraud claims were “nothing but speculation and conjecture” and that, in any event, the Texas lawyer waited too long to file her lawsuit.

Powell asserted in a court hearing last month that she had carefully vetted her election fraud claims before suing, and that the only way to test them would have been at trial or a hearing on evidence gathered. Her co-counsel repeatedly called for such an evidentiary hearing.

Starting in January, Michigan Attorney General Dana Nessel and other government lawyers asked the judge to discipline the pro-Trump lawyers, saying they had filed a frivolous lawsuit full of typos and factual errors and should be held accountable.

“I’m pleased to see that the Court has ensured there is accountability for the attorneys who perpetuated meritless arguments in court,” Nessel said in a statement on Wednesday.

“I appreciate the unmistakable message (the judge) sends with this ruling – those who vow to uphold the Constitution must answer for abandoning that oath.”

Parker on Thursday also ordered the pro-Trump lawyers to reimburse election officials for the cost of defending the lawsuit. The amount will be determined by the judge in the coming months, said David Fink, a lawyer for the City of Detroit who requested sanctions, in an interview.