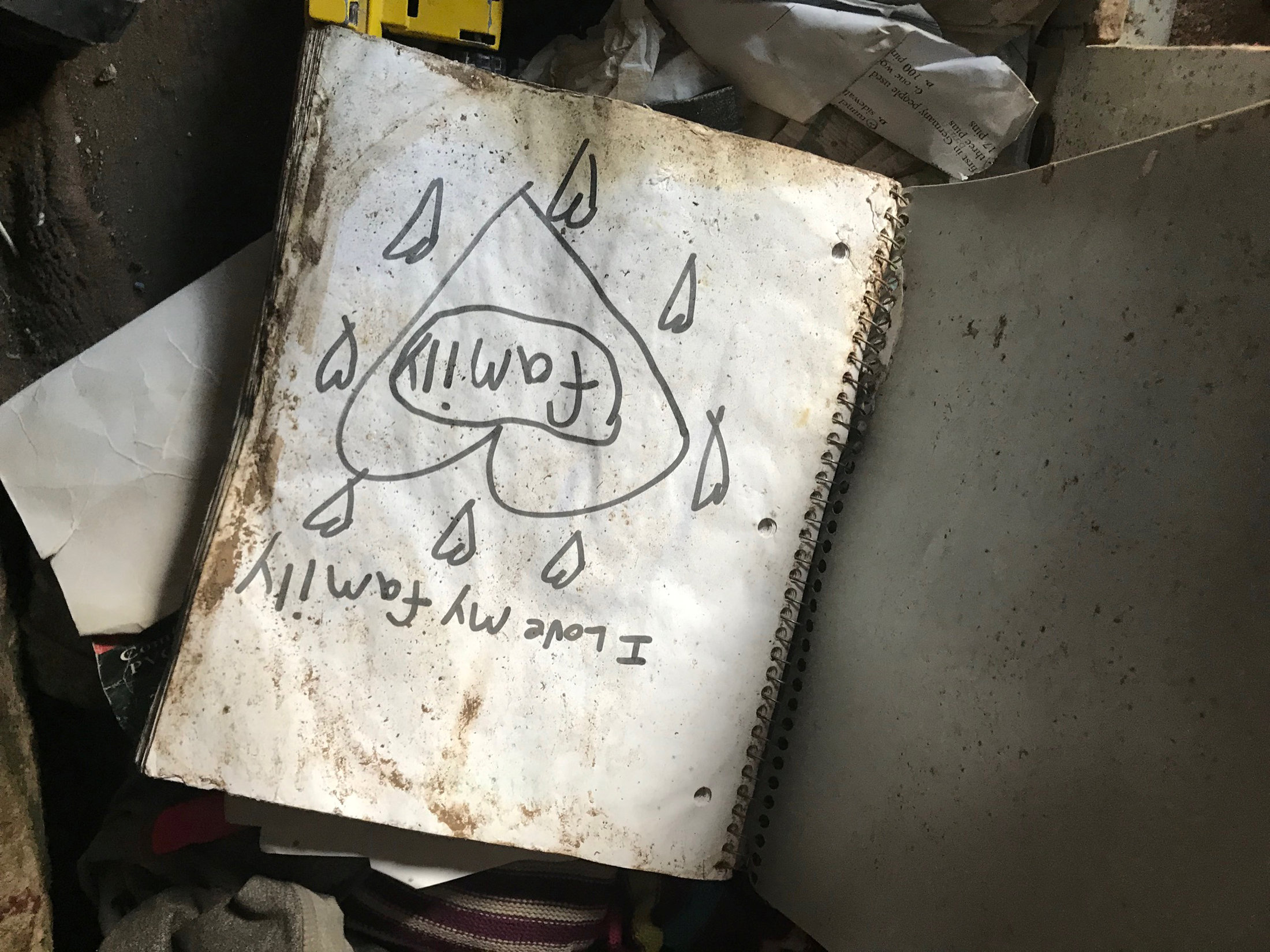 TAOS, N.M. (Reuters) – A 3-year-old boy found buried at a New Mexico desert compound died in a ritual to “cast out demonic spirits,” but his extended family believed he would “return as Jesus” to identify “corrupt” targets for them to attack, prosecutors said in court on Monday.

Prosecutors’ account of an exorcism-like ritual, allegations of weapons training for children and references to martyrdom and conspiracy were aimed at persuading a judge to deny bond for the five adults charged with child abuse in the case. 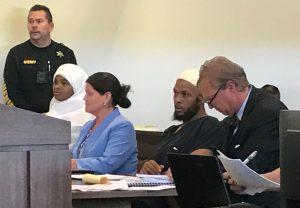 However, state District Judge Sarah Backus said at the end of the four-hour detention hearing she remained unconvinced that the defendants posed a danger to the community and set bail at $20,000 for each of them.

“The state alleges that there was a big plan afoot,” Backus said in rendering her decision. “But the state hasn’t shown to my satisfaction, in clear and convincing evidence, what that plan was.”

Defense attorneys said prosecutors sought to criminalize their clients for being African-Americans of Muslim faith.

“If these people were white and Christian, nobody would bat an eye over the idea of faith healing, or praying over a body or touching a body and quoting scripture,” defense lawyer Thomas Clark told reporters after the hearing. “But when black Muslims do it, there seems to be something nefarious, something evil.”

Under terms of the judge’s order, four defendants were expected to be placed under house arrest with electronic ankle bracelets to ensure they remain within Taos County for the duration of the case.

The five suspects, who had established a communal living arrangement with their children in the high-desert compound, have been in custody since authorities raided their ramshackle homestead north of Taos 10 days ago.

The two men and three women are all related as siblings or by marriage. Three are the adult children of a prominent New York City Muslim cleric who is himself the biological grandfather of nine of the children involved.

The principal suspect, Siraj Ibn Wahhaj, 39, has also been charged with abducting his severely ill 3-year-old son, Abdul-Ghani Wahhaj, from the Atlanta home of the boy’s mother in December.

Clark said Ibn Wahhaj would remain in custody due to a fugitive warrant against him in Georgia stemming from the cross-country manhunt that led investigators to the New Mexico compound.

The body of a young boy believed to be his son was found in a tunnel at the site three days after the raid. No charges have been filed in connection with the death.

For now, the thrust of the government’s case remains 11 counts of felony child abuse filed against each of the defendants – Ibn Wahhaj and his wife, Jany Leveille, along with his brother-in-law and sister – Lucas Morton and Subhannah Wahhaj – and a second sister, Hujrah Wahhaj.

The 11 children, ranging from one to 15 years old and described by authorities as starving and ragged when they were found, were placed in protective custody after the Aug. 3 raid.

According to prosecutors’ presentation on Monday, some of the children were given weapons training to defend the compound against a possible raid by law enforcement. However, the government said there was more to it than that.

Federal Bureau of Investigation Special Agent Travis Taylor testified that the 15-year-old son of Ibn Wahhaj recounted one of the adults telling him the spirit of the dead 3-year-old would return “as Jesus” to direct the group in carrying out violent attacks. Taylor said prospective targets would include “the financial system, law enforcement, the education system.”

Abdul-Ghani stopped breathing, lost consciousness and died during a ceremony in which his father put his hand on the boy’s head and recited verses from the Koran, Taylor testified, citing interviews with Ibn Wahhaj’s 15-year-old and 13-year-old sons.

Prosecutors said in court documents last week that all five defendants were giving firearms instruction to the children “in furtherance of a conspiracy to commit school shootings.”

Authorities acknowledged in court on Monday that police had previously encountered Ibn Wahhaj, Leveille and seven of the children in December when they were involved in a traffic accident in Alabama.

Lovelace said police at the time found weapons and ammunition in the vehicle. Authorities let the group go after Ibn Wahhaj explained he was licensed to carry the guns as a private security agent and that he and the others were en route to New Mexico for a camping trip. 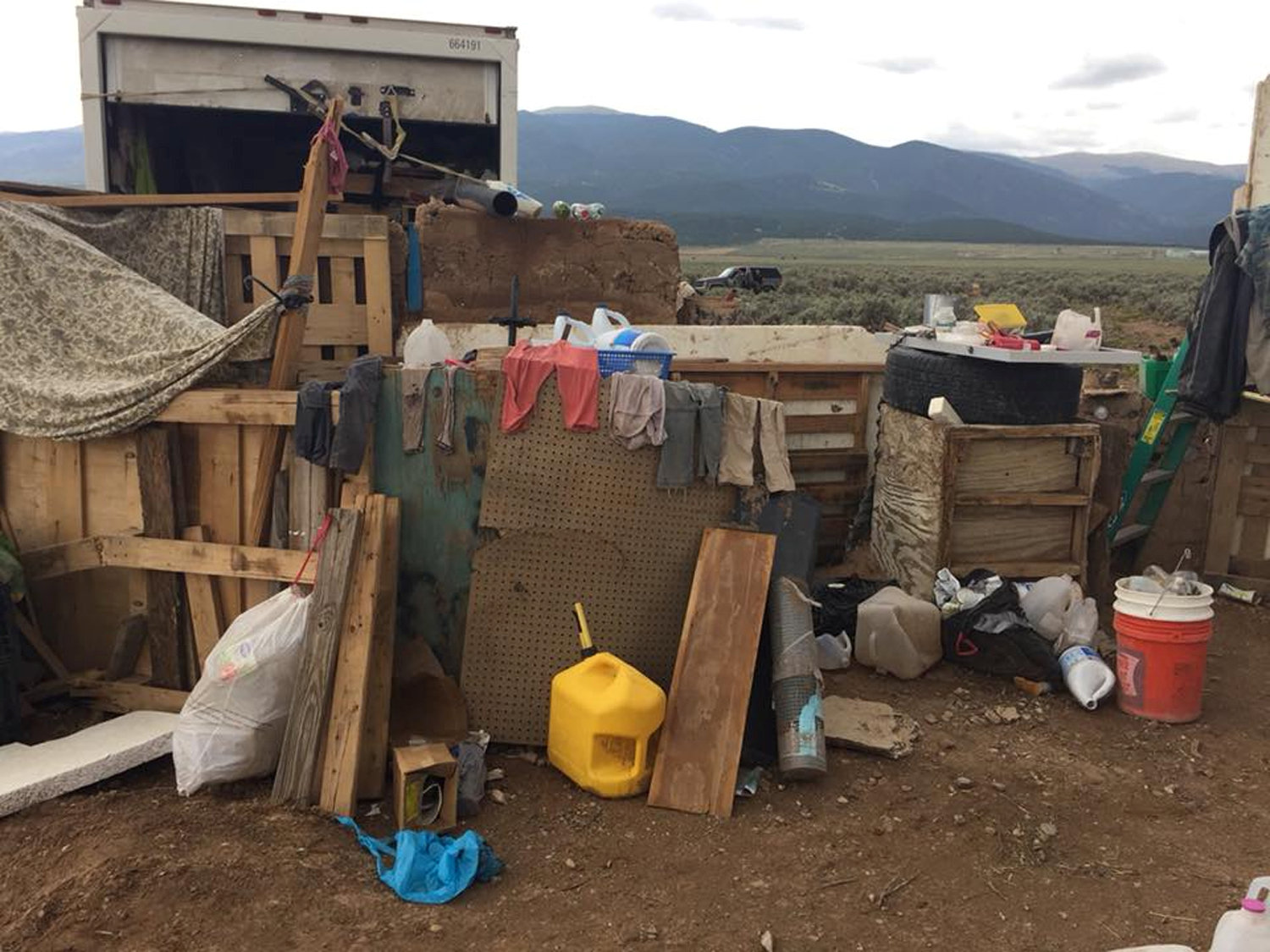 TAOS, N.M. (Reuters) – Five adults charged with abusing 11 children at a New Mexico compound, where they were found ragged and starving, were training those children to use firearms to commit school shootings, prosecutors said in court documents on Wednesday.

The principal suspect, Siraj Ibn Wahhaj, also was charged with abducting his 3-year-old son from his home in Atlanta last December, prompting a cross-country manhunt that led authorities to the compound they raided last Friday north of Taos, New Mexico.

Remains of a young boy believed to be the missing child were found on the property on Monday, on what would have been his fourth birthday, but have not been positively identified, authorities said. The 11 children found alive, ranging in age from 1 to 15 years old, were placed in protective custody.

At an arraignment on Wednesday, Mahhaj and his four co-defendants, Lucas Morton and three women presumed to be the mothers of the 11 surviving children, each pleaded not guilty to 11 counts of felony child abuse. Morton also was charged with harboring a fugitive.

Prosecutors made no mention of motive or ideology in court filings or during court proceedings on Wednesday.

In petitions seeking to detain all five suspects without bail, prosecutors said each was under investigation in the boy’s death.

No weapons charges were filed in the case, but prosecutors said the defendants were suspected of training children “with weapons in furtherance of a conspiracy to commit school shootings.”

Prosecutors said the allegation of weapons training was based on statements from a foster parent for one of the children.

Taos County Sheriff Jerry Hogrefe referred over the weekend to the suspects as “extremists of Muslim belief,” but he declined to elaborate when asked about it on Tuesday by reporters.

The women, who appeared in court on Wednesday with white sheets over their heads, were identified as Jany Leveille, Subhannah Wahhaj and Hujrah Wahhaj. One of the men wore a towel over his head in the style of a Mideastern keffiyeh, or headdress.

Hogrefe said on Tuesday that investigators found a shooting range at one end of the squalid compound, situated near the Colorado border.

The sheriff has said he sought a search warrant for the compound after a distress message was passed on to authorities in Georgia and shared with his office. He said the FBI was also investigating.

Wahhaj, 39, whose first name was mistakenly presented in some court documents as Huraj, has been described as being in control of the compound. He was heavily armed when taken into custody, Hogrefe said.

According to court documents, when the children were found they were in rags and appeared to have gone days without food, and loaded firearms were within their reach.

Aleksandar Kostich, a public defender representing the five adults, said the identical wording of the allegations about weapons training in each petition suggested that prosecutors were less than certain about the information they were given.

A man who identified himself to reporters as Gerard Jabril Abdulwali, 64, of Alexandria, Egypt, and the father of Morton, attended the court hearing, during which he shouted, “Allahu Akbar,” Arabic for “God is great.”

He told reporters afterward that was in the United States for medical reasons and had not heard from his son since last year until he received a text message from Morton last Thursday that said “they were starving.”

Abdulwali said his son and the other suspects were “peaceful adult settlers.”

“They were homesteading and were trying to establish a peaceful community, a peaceful life away from society,” he said. “They just went about it the wrong way.”