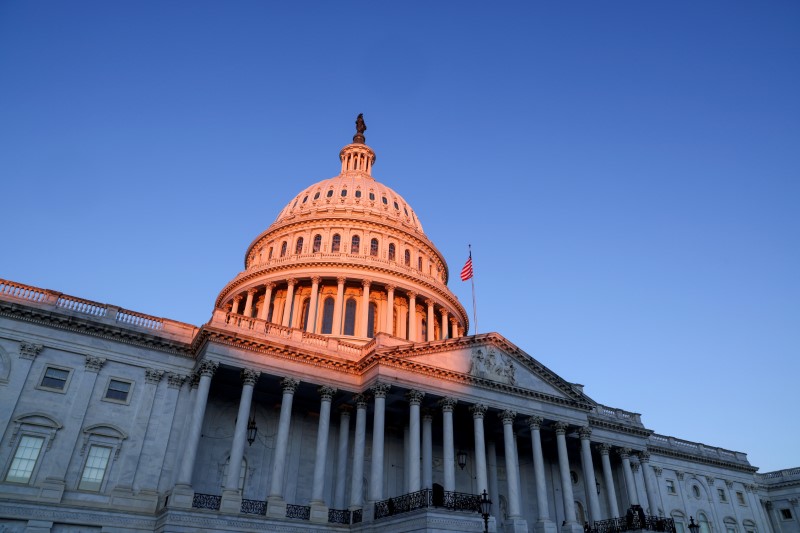 WASHINGTON (Reuters) -The U.S. Senate on Tuesday passed a $1 trillion infrastructure package that is a top priority for U.S. President Joe Biden, a bipartisan victory that could provide the nation’s biggest investment in decades in roads, bridges, airports and waterways.

The vote was 69-30 in the 100-seat chamber, with 19 Republicans voting yes. Immediately after that vote concluded, Senators pushed ahead with a follow-up $3.5 trillion spending package that Democrats plan to pass without Republican votes.

Polls show that the drive to upgrade America’s infrastructure, hammered out over months by a bipartisan group of senators over months of negotiations, is broadly popular with the public.

The bill still has to go to the House of Representatives and the spirit of cooperation in Congress that led to Tuesday’s vote will likely prove fleeting.

“Big news, folks: The Bipartisan Infrastructure Deal has officially passed the Senate,” Biden said on Twitter on Tuesday. “I hope Congress will send it to my desk as soon as possible so we can continue our work of building back better.”

Senate Majority Leader Chuck Schumer expects also to have the votes to pass the budget resolution laying the groundwork for $3.5 trillion to be spent on healthcare, climate change and other Biden priorities that Democrats will almost certainly have to pass over Republican objections in a maneuver known as “budget reconciliation.”

“When the Senate is run with an open hand rather than a closed fist senators can accomplish big things,” Schumer said shortly before the voting began.

Once that resolution is adopted, Democrats will begin crafting the reconciliation package for a vote on passage after they return from their summer break in September.

Democratic House Speaker Nancy Pelosi has said repeatedly that her chamber will not take up either bill until she has both in hand, meaning that months of work remain before Tuesday’s measure would go to Biden’s desk to be signed into law.

“The House will continue to work with the Senate to ensure that our priorities for the people are included in the final infrastructure and reconciliation packages,” Pelosi said after the vote.

The non-partisan Congressional Budget Office on Thursday said the infrastructure bill would increase federal budget deficits by $256 billion over 10 years — an assessment rejected by negotiators who said the CBO was undercounting how much revenue it would generate.

After working for two consecutive weekends on the infrastructure bill, a “vote-a-rama” session that could run late into the evening will be in store for the Senate.

Senate Minority Leader Mitch McConnell, who voted for the infrastructure bill, signaled that Republicans would try to use the voting sessions to pick off support from moderate Democrats for what he called a “radical” larger spending package that would create a permanent welfare state and usher in the largest peacetime tax hike in U.S. history.

The budget plan would provide various Senate committees with top-line spending levels for a wide range of federal initiatives, including helping the elderly get home healthcare and more families afford early childhood education.

Later, Senate committees would have to fill in the details for scores of federal programs.

The budget blueprint was formally unveiled on Monday, the same day a U.N. climate panel warned that global warming was reaching emergency levels, or what U.N. Secretary-General Antonio Guterres described as a “code red for humanity.”

Senate passage of the infrastructure bill and the budget plan would clear the way for it to begin a month-long summer break.

When Congress returns in September, it will not only debate the large investment measures but have to fund government activities for the fiscal year beginning on Oct. 1, increase Washington’s borrowing authority and possibly try to pass a voting reform bill. 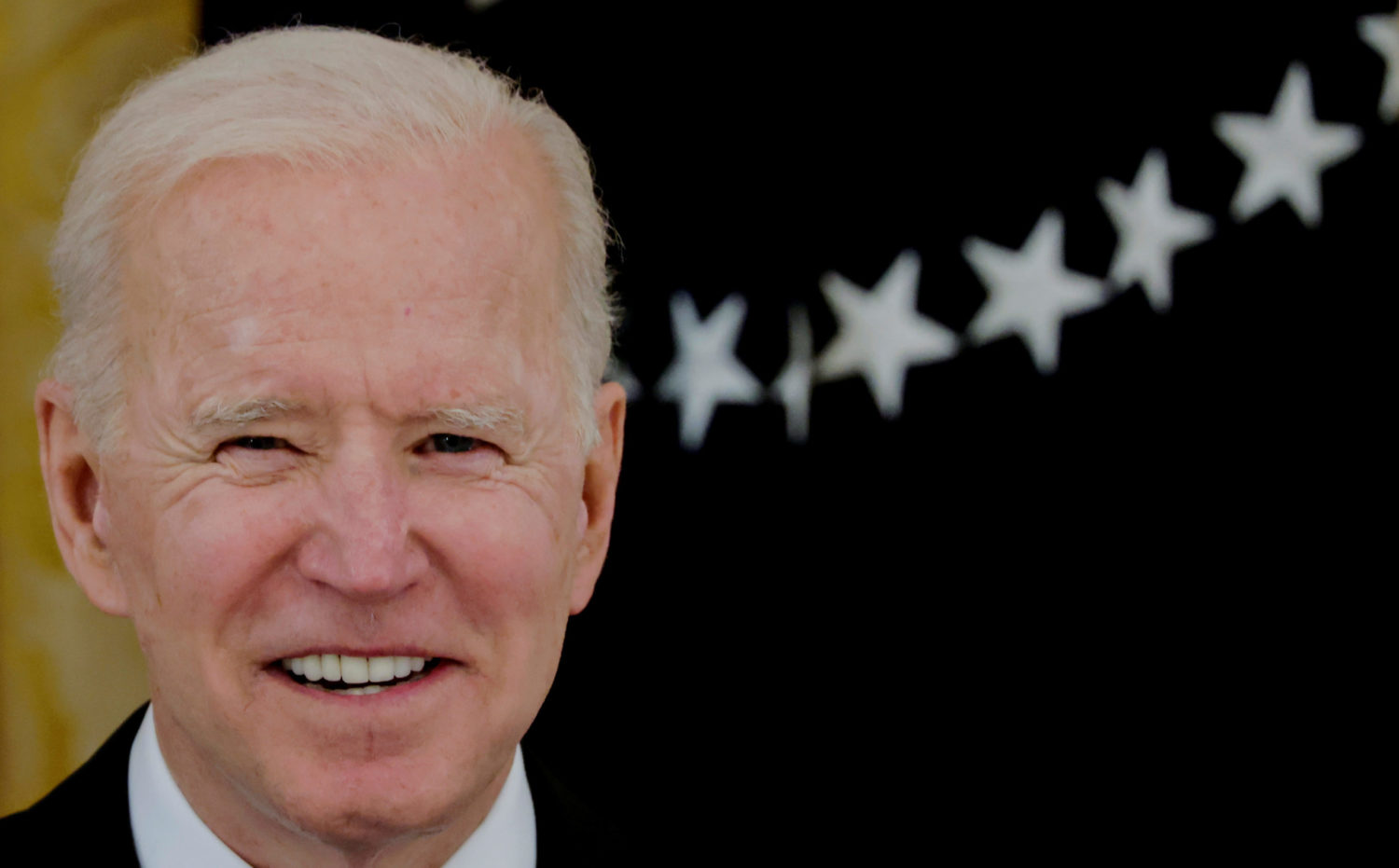 WASHINGTON (Reuters) -President Joe Biden on Monday defended his proposal to increase corporate taxes to help pay for a big boost in U.S. infrastructure spending, saying he is not at all worried the tax hike would harm the economy.

Speaking to reporters after arriving back in Washington after a weekend at the presidential Camp David retreat in Maryland, Biden also said there was “no evidence” his proposed corporate tax increase would drive companies away from the United States.

The Democratic president once again took aim at the 50 or 51 corporations on the Fortune 500 list that paid no taxes at all for three years, saying it was time for them to pay their share.

Asked if raising the corporate tax rate to 28% from 21% would drive away corporations, Biden said, “Not at all … there’s no evidence of that.”

Biden said other countries were investing billions and billions of dollars in infrastructure, and the United States needed to do so to boost its competitiveness.

Biden pushed back at Republican criticism that the president’s $2.3 trillion American Jobs Plan is filled with items that are unrelated to infrastructure.

He listed clean water, school and high-speed rail as key items that also counted as infrastructure, in addition to more traditional projects such as bridges, highways and roads.

Energy Secretary Jennifer Granholm on Sunday said Biden would prefer to secure Republican backing for his plan, but if that failed to happen, he would likely support using a procedural strategy called reconciliation to allow Democrats to pass it in the Senate.

Senate Republican leader Mitch McConnell said last week that Biden’s infrastructure plan was “bold and audacious” but would raise taxes and increase debt. He vowed to fight it “every step of the way.” 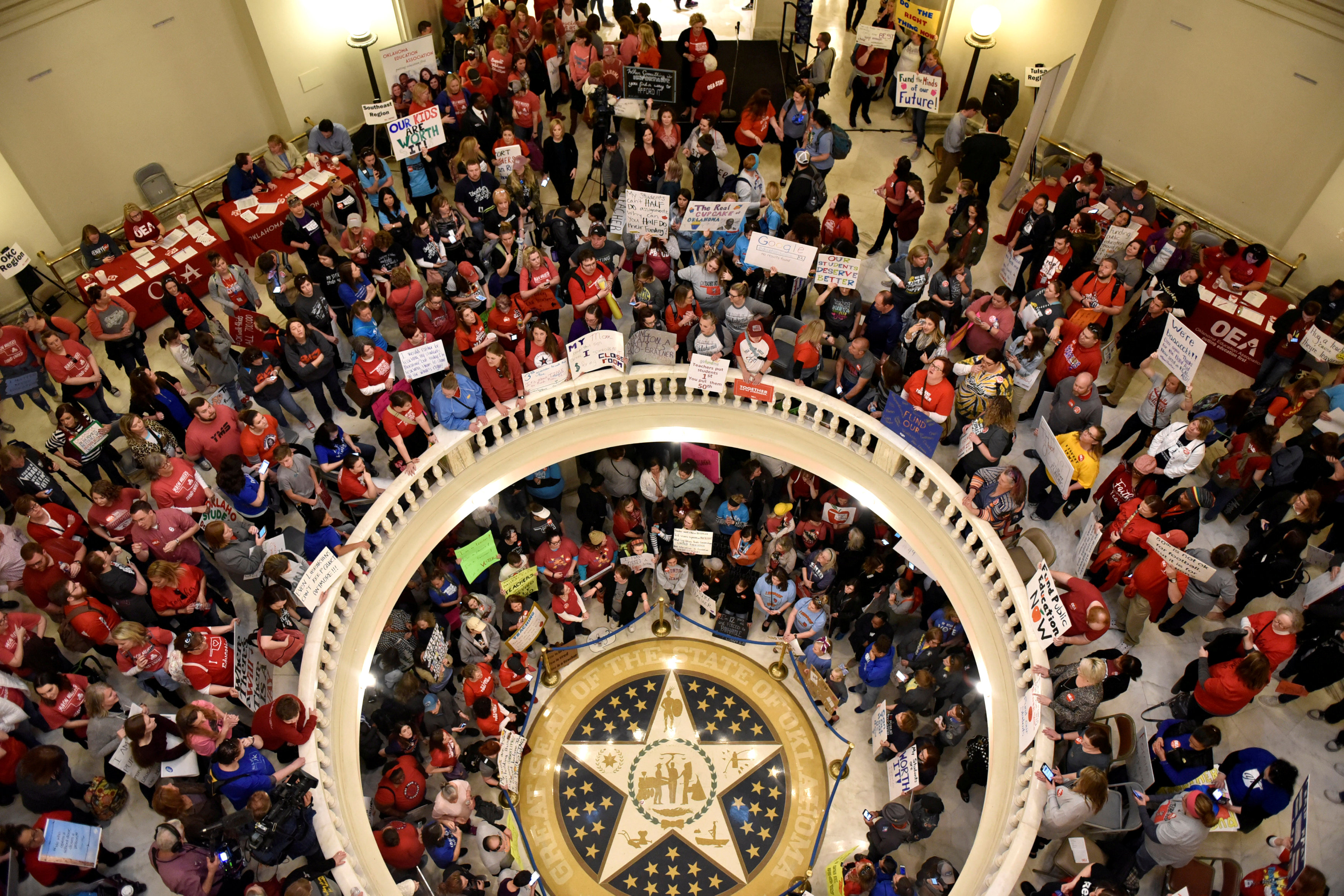 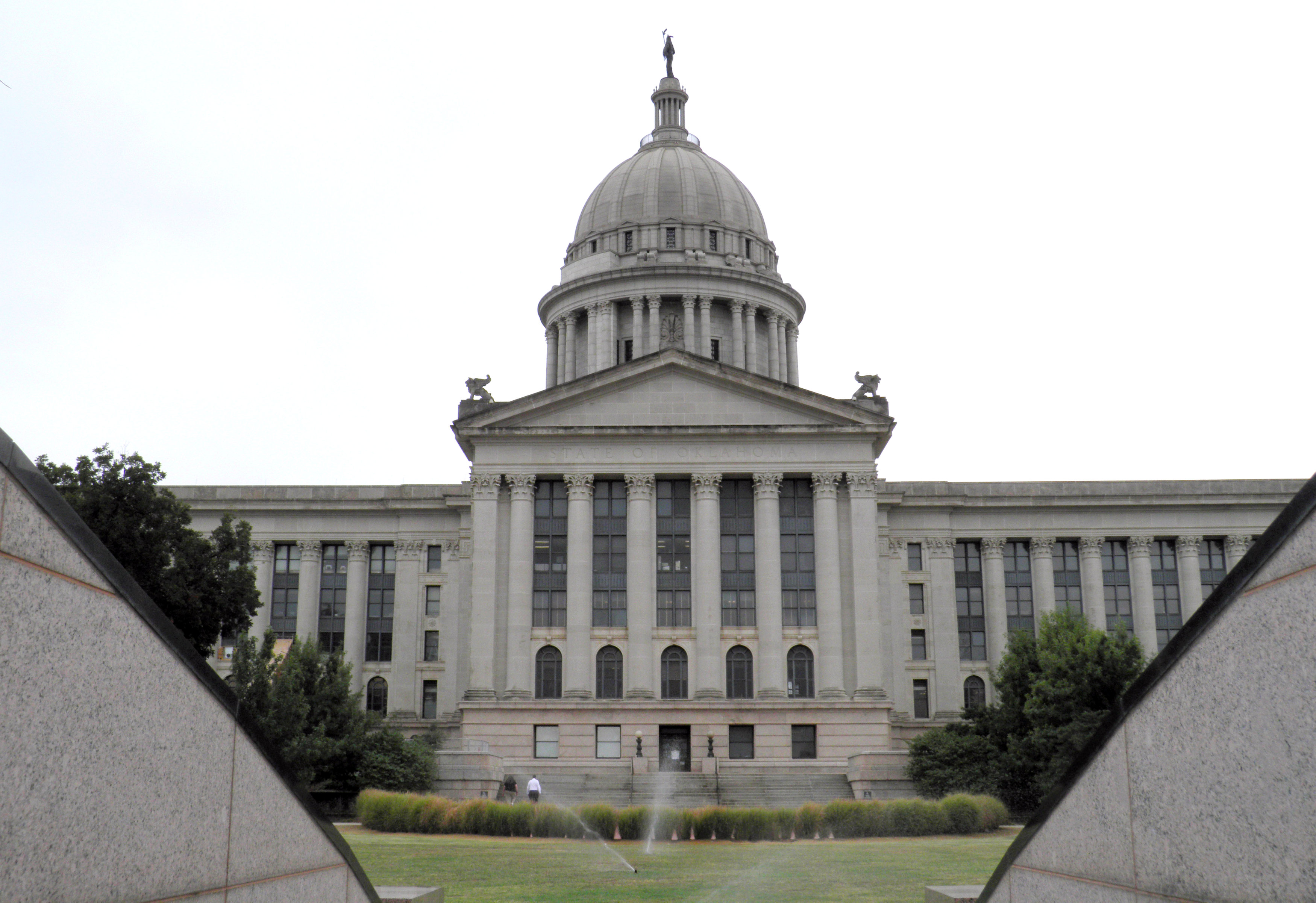 TULSA, Okla. (Reuters) – Oklahoma’s Senate could begin deliberations as early as Tuesday on the Republican-dominated legislature’s first major tax increase in a quarter century to secure funds for raising the pay of teachers, who are threatening to walk off the job next week.

The measure, which would raise about $450 million to fund increased pay for teachers, school staff and state workers, passed the House late Monday by a 79-19 vote. But the money may not be enough to satisfy the demands of Oklahoma’s teachers, who rank among the worst paid in the United States.

Low teacher pay became a national focus after educators in West Virginia, whose pay is slightly higher than in Oklahoma, ended a nine-day strike this month that closed schools statewide, after officials approved a 5 percent pay raise for all state workers.

“April 2 is still on,” the Oklahoma Education Association, the state’s largest union for teachers, said referring to the date when it is threatening to shut schools statewide unless funding for a raise was in place.

The Oklahoma union, which has about 40,000 members, has said it is seeking a $10,000 pay increase over three years for teachers and a $5,000 raise for support personnel.

“Our ask is still our ask,” it said in a statement released after the House vote.

Speaking on House floor on Monday, Appropriations and Budget Chairman Kevin Wallace, a Republican, said the measure that passed the House could support a $5,000 pay raise for a beginning teacher and a nearly $8,000 raise for a teacher with 25 years of experience.

The bill calls for raising the production oilfield tax rate to 5 percent on new and existing oil and gas wells and increasing taxes on other items including gasoline, diesel fuel and cigarettes.

Oklahoma secondary school teachers had an annual mean wage of $42,460 as of May 2016, according to the U.S. Bureau of Labor Statistics.

In every state neighboring Oklahoma, teachers earned more, and in neighboring Texas, the mean wage was about 30 percent higher, according to Bureau of Labor figures.

For the past few years, Oklahoma has battled budget deficits stemming from the 2014 collapse in oil prices that hit its large energy industry and slammed state revenue.