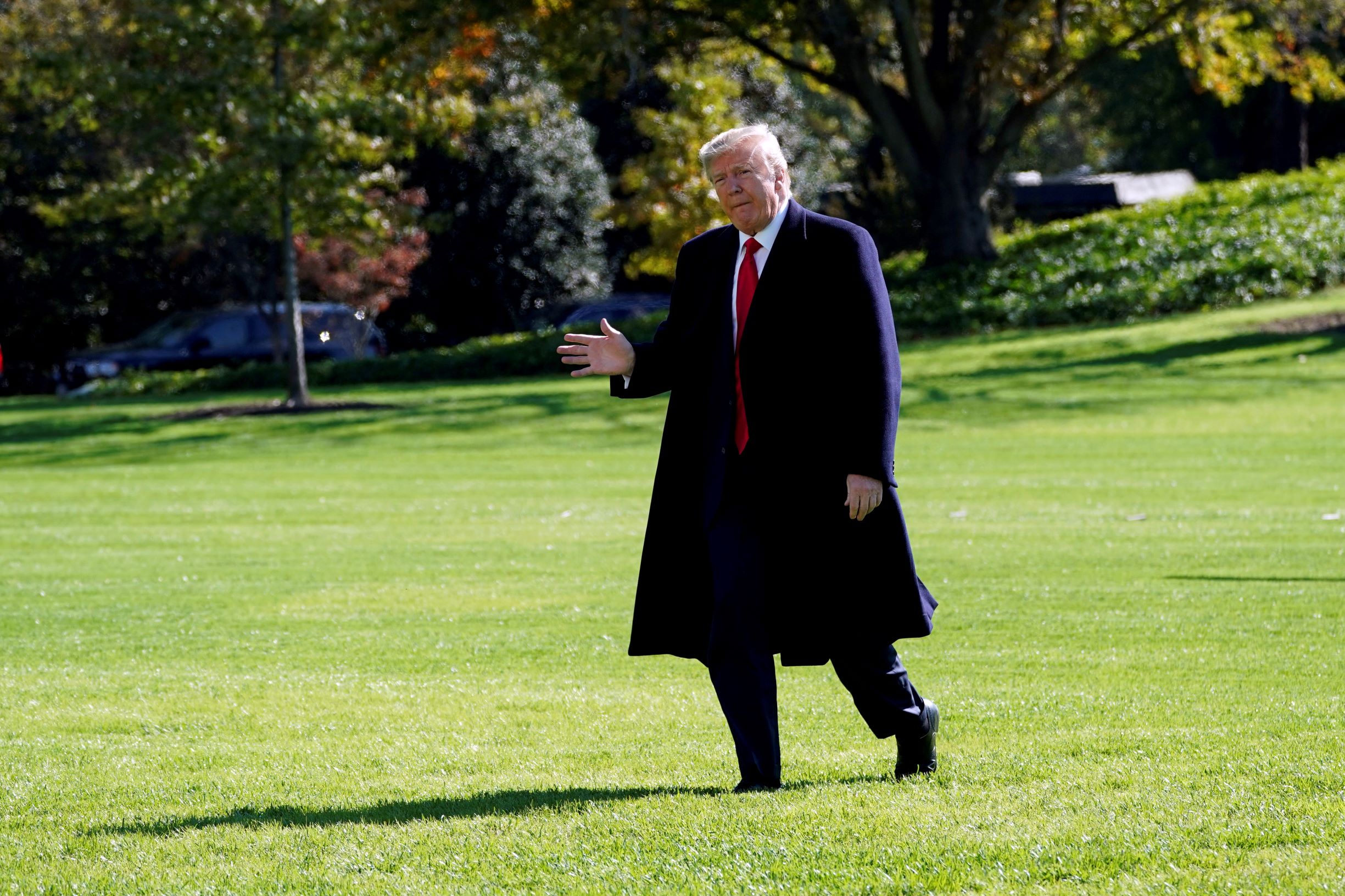 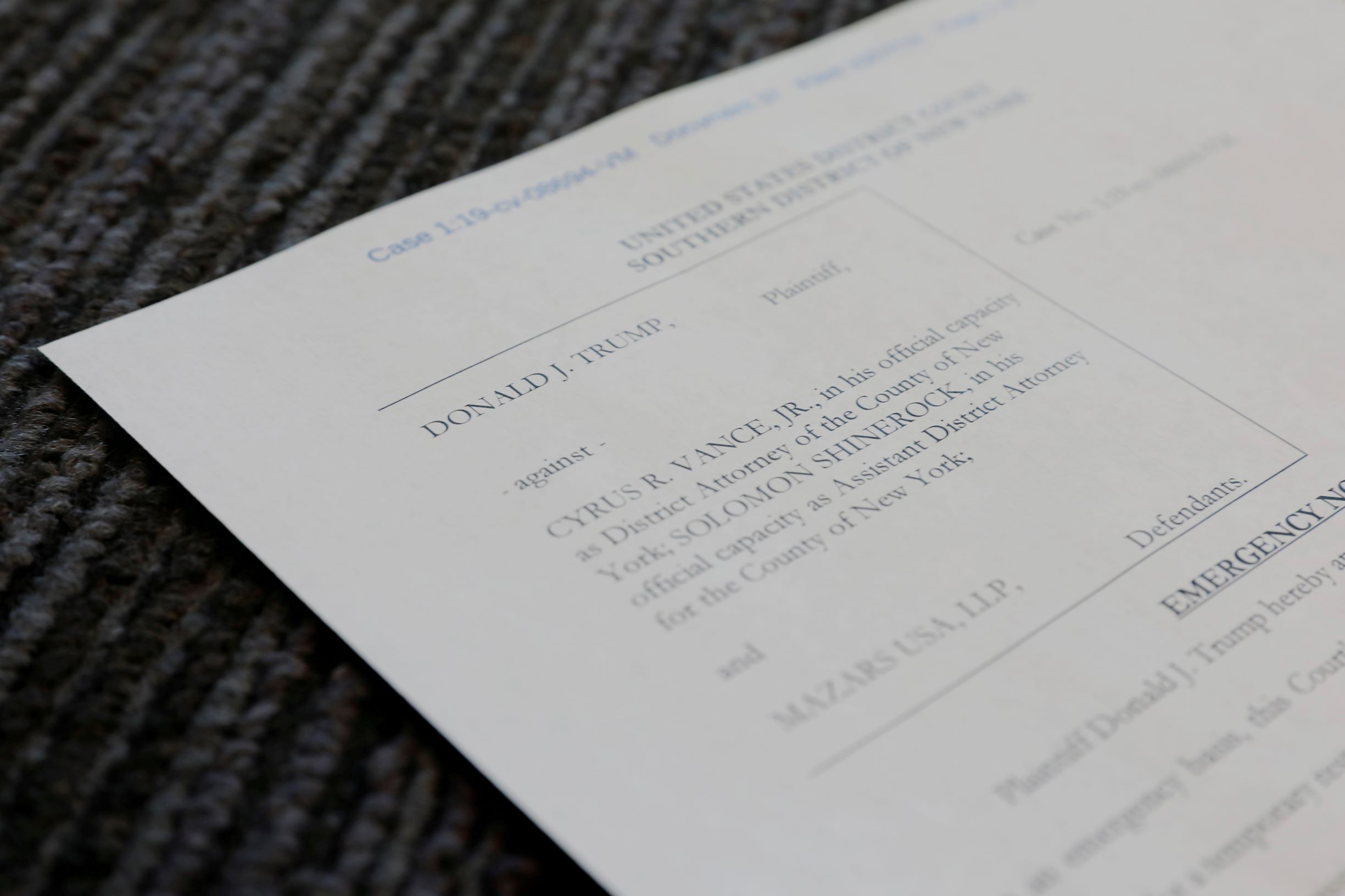 NEW YORK (Reuters) – A federal judge on Monday said U.S. President Donald Trump must hand over eight years of tax returns to Manhattan prosecutors, forcefully rejecting the president’s argument that he was immune from criminal investigations.

“The court cannot square a vision of presidential immunity that would place the President above the law,” Marrero added.

Trump quickly filed an emergency appeal to the 2nd U.S. Circuit Court of Appeals in Manhattan, which temporarily blocked Manhattan District Attorney Cyrus Vance from enforcing the subpoena, citing the “unique issues” in the case.

The decision further complicates Trump’s battle to keep his finances under wraps, despite having promised during his 2016 White House run that he would disclose his tax returns.

Vance, a Democrat, had subpoenaed personal and corporate tax returns from 2011 to 2018 and other records from Mazars, as part of a criminal probe into the president and his family business.

“The Radical Left Democrats have failed on all fronts, so now they are pushing local New York City and State Democrat prosecutors to go get President Trump,” Trump, a Republican, tweeted after Marrero’s decision. “A thing like this has never happened to any President before. Not even close!”

In suing Vance last month to block the subpoena, Trump argued that he was immune from criminal probes while in office, and the U.S. Constitution required Vance to wait until after he left the White House.

Trump is separately trying to block Deutsche Bank AG from handing over financial records, which the bank has said include tax returns, sought by multiple U.S. House of Representatives committees.

Those probes is separate from the debate over whether Trump should be impeached because of his dealings with Ukraine.

The 2nd Circuit appeals court heard oral arguments in the Deutsche Bank case on Aug. 23. It has yet to rule.

Jay Sekulow, a lawyer for Trump, said he was pleased the subpoena would not be enforced immediately. Danny Frost, a spokesman for Vance, declined to comment.

Mazars did not respond to requests for comment, but has said it would comply with its legal obligations. The U.S. Department of Justice, which opposed Vance’s bid to dismiss Trump’s case, declined to comment.

Marrero, who was appointed by Democratic President Bill Clinton, declined to assert jurisdiction over the Vance subpoena, saying Trump should have brought his case in a New York state court.

The judge, however, made clear that if the appeals court disagreed with that finding, Trump should lose.

Marrero said Trump failed to show that enforcing the subpoena would interfere with his presidential duties, cause irreparable harm or be against the public interest.

He also rejected as too broad the idea that the president, his family and his businesses should be shielded from criminal process.

“The expansive notion of constitutional immunity invoked here to shield the President from judicial process would constitute an overreach of executive power,” Marrero wrote.

Marrero said even President Richard Nixon had conceded during the Watergate scandal that he would be required to produce documents in response to a judicial subpoena.

In seeking a stay, Trump’s lawyers said the case raised “momentous” questions about the president’s immunity and that complying with the subpoena would cause irreversible damage.

“There will be no way to unscramble the egg scrambled by the disclosure,” Trump’s lawyers said.

Vance issued the subpoena four weeks after issuing another subpoena to the Trump Organization for records of hush money payments, including to two women prior to the 2016 election who said they had sexual relationships with Trump, which he denies. 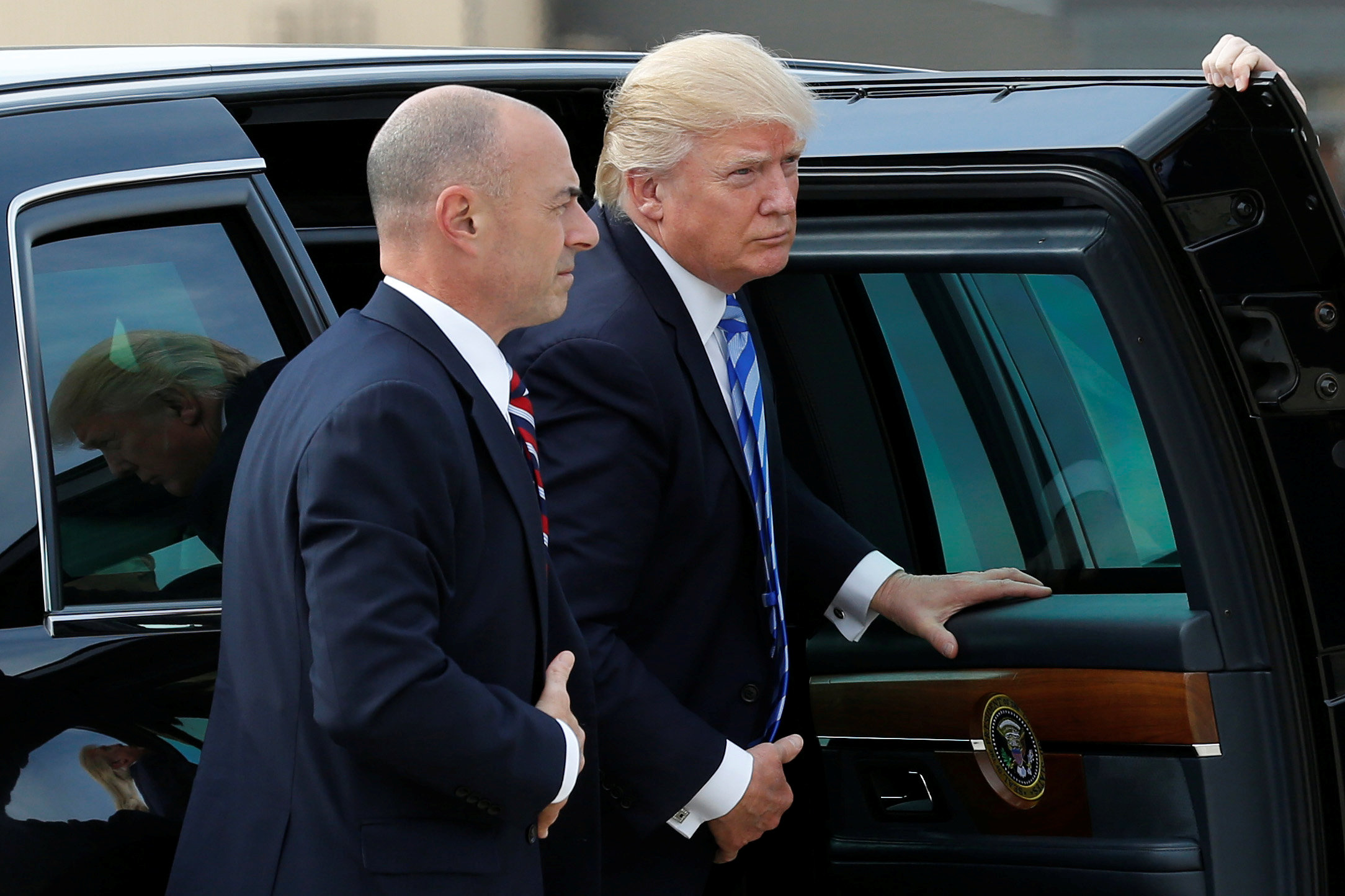 NEW YORK (Reuters) – Tens of thousands of people are expected to take to the streets across the United States and beyond on Saturday to press President Donald Trump to release his tax returns and to dispute his claim that the public does not care about the issue.

The demonstrations, organized by a loose coalition of labor and left-leaning groups with various economic agendas, are intended to focus on Trump’s refusal to disclose his tax-paying history, something his predecessors in the White House have done for more than 40 years.

“When we check in with our members, this is something they care about deeply,” said Ben Wikler, Washington director of MoveOn.org, a progressive political group.

Critics have raised questions about what Trump’s tax returns say about his net worth and about his various business ties.

Organizers of “Tax March” are planning events in more than 150 cities, including New York, Washington and Los Angeles, as well as cities in Europe, Japan and New Zealand.

As a candidate and as president, Trump has steadfastly refused to release his tax returns, citing an ongoing audit by the Internal Revenue Service. In September, he told ABC News, “I don’t think anybody cares, except some members of the press.”

The IRS has said that Trump can release his tax returns even while under audit.

The demonstrations are taking place on the traditional April 15 Tax Day, the deadline for filing federal tax returns, although the IRS this year pushed back the deadline by three days.

The Trump tax marches were launched by a single tweet, organizers said.

A day after the massive Jan. 21 women’s march in Washington and other cities, comedy writer Frank Lesser tapped out on Twitter, “Trump claims no one cares about his taxes. The next mass protest should be on Tax Day to prove him wrong.” It has been retweeted more than 21,000 times.

Organizers said they stuck with the traditional April 15 Tax Day for the marches because as a Saturday it would draw more attendance, even though this year’s income tax filing deadline was pushed back to Tuesday.

Joe Dinkin, spokesman for the Working Families Party, which is also planning the marches, said ongoing investigations into the Trump campaign’s connections with Russia underscore the need to disclose his returns.

“Without seeing his taxes we’ll never really know who he’s working for,” said Dinkin, who expects the marches to draw at least 100,000 protesters.

There have been some glimpses into Trump’s tax history. Last month, MSNBC host Rachel Maddow released two pages of Trump’s 2005 return that were obtained by investigative reporter David Cay Johnston. They showed Trump paid $38 million in taxes on more than $150 million in income. And last October, The New York Times reported that Trump had declared a $916 million loss on his 1995 federal tax return, citing three pages of documents from the return.

In a Quinnipiac University poll released on April 4, more than two-thirds of the respondents said Trump should publicly release his tax returns. Other recent polls had similar results.