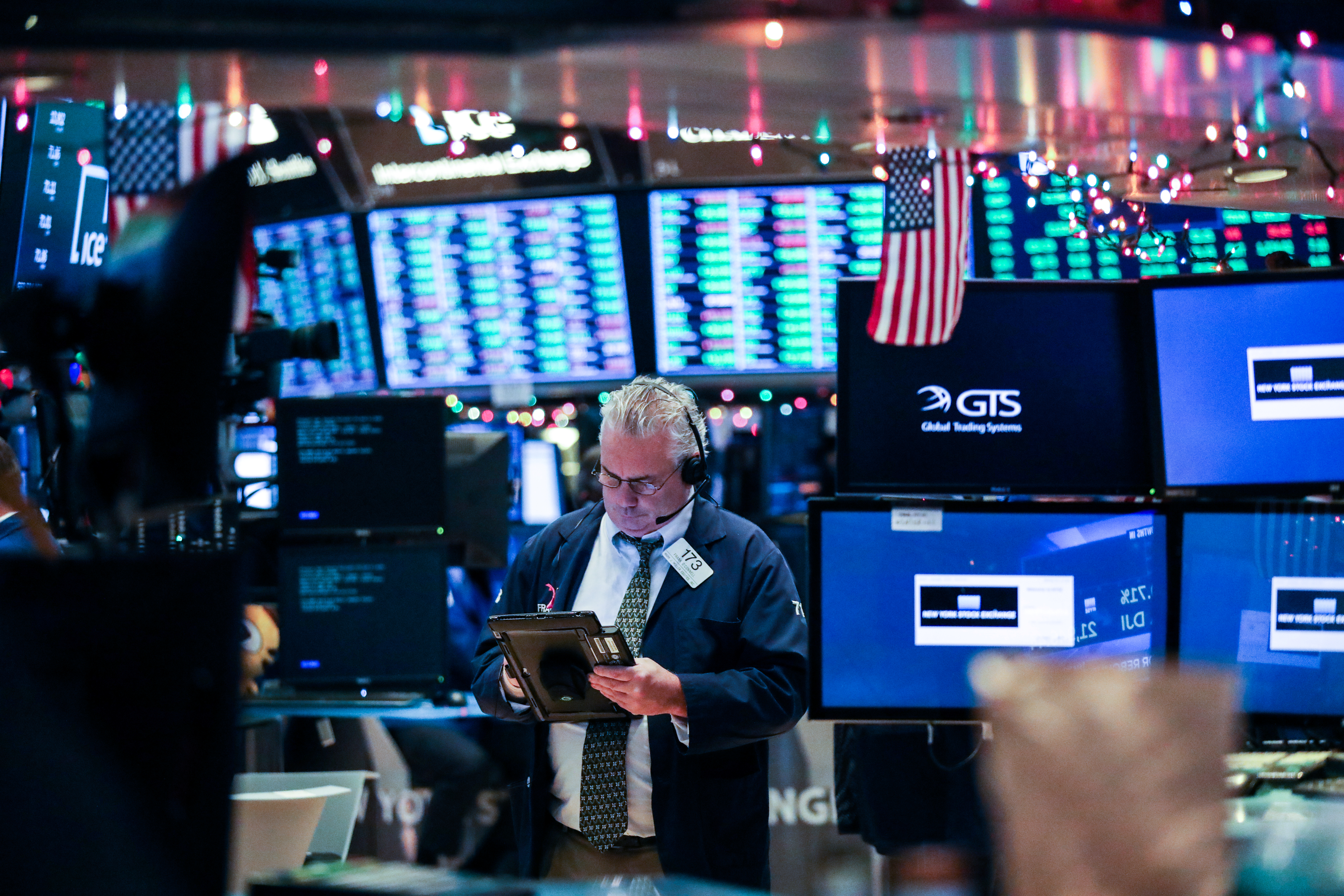 (Reuters) – U.S. stocks were attempting a modest rebound on Wednesday, boosted by technology shares and an Amazon-led jump in retailers, following four sessions of steep losses that pushed the S&P 500 and Dow Industrials near bear market territory.

After a strong start, the S&P and Dow swung between gains and losses. At its session low, the S&P hit a fresh 20-month low and came within two points of entering bear market territory, measured by a drop of more than 20 percent from a closing high.

The gains were led by technology stocks, which rose 1.49 percent. Their 9.2 percent slump in the past four sessions was the steepest among the 11 major S&P sectors, while the S&P 500 tumbled 7.7 percent.

Amazon.com Inc jumped 4.02 percent after reporting a “record-breaking” season. The stock was giving the biggest boost to the S&P and Nasdaq and led the consumer discretionary index up 1.49 percent.

But investors anxieties were far from gone. President Donald Trump renewed his attack on the Federal Reserve on Christmas, blaming it for the market slump.

Trump also said the U.S. government shutdown, now in its fifth day, would last until his demand for funds to build a wall on the U.S.-Mexico border is met.

A little over 2,100 stocks on the New York Stock Exchange and the Nasdaq hit 52-week lows. That compares with at least 2,600 stocks breaching new lows in the past three sessions.

“The market doesn’t look so healthy. The concerns are government shutdown, the economy, the President – what time is he going to tweet out about Federal Reserve,” said Larry Benedict, founder of the Opportunistic Trader in Boca Raton, Florida.

“We’re seeing the same thing recently and it’s not really good. It opens up every day and it’s met by selling and it ends nearer the low or on the low than the high. For the market to make a bottom, you need a bit of capitulation or panic bottom.”

Eight of the 11 S&P sectors were higher, with the defensive utilities. SPLRCU real estat and consumer staples flat to lower.

Retailers jumped 3.14 percent, led by Amazon after a Mastercard report showed U.S. holiday sales were the strongest in six years.

The S&P ended Monday 19.8 percent below its all-time closing high, with roughly three-fourths of its stocks already in a bear market.

The Dow finished Monday 18.9 percent lower than its closing high. The Nasdaq is already in bear market, along with the Dow Jones Transport Average and small-cap Russell 2000 index.

(Reporting by Medha Singh in Bengaluru; Editing by Anil D’Silva)