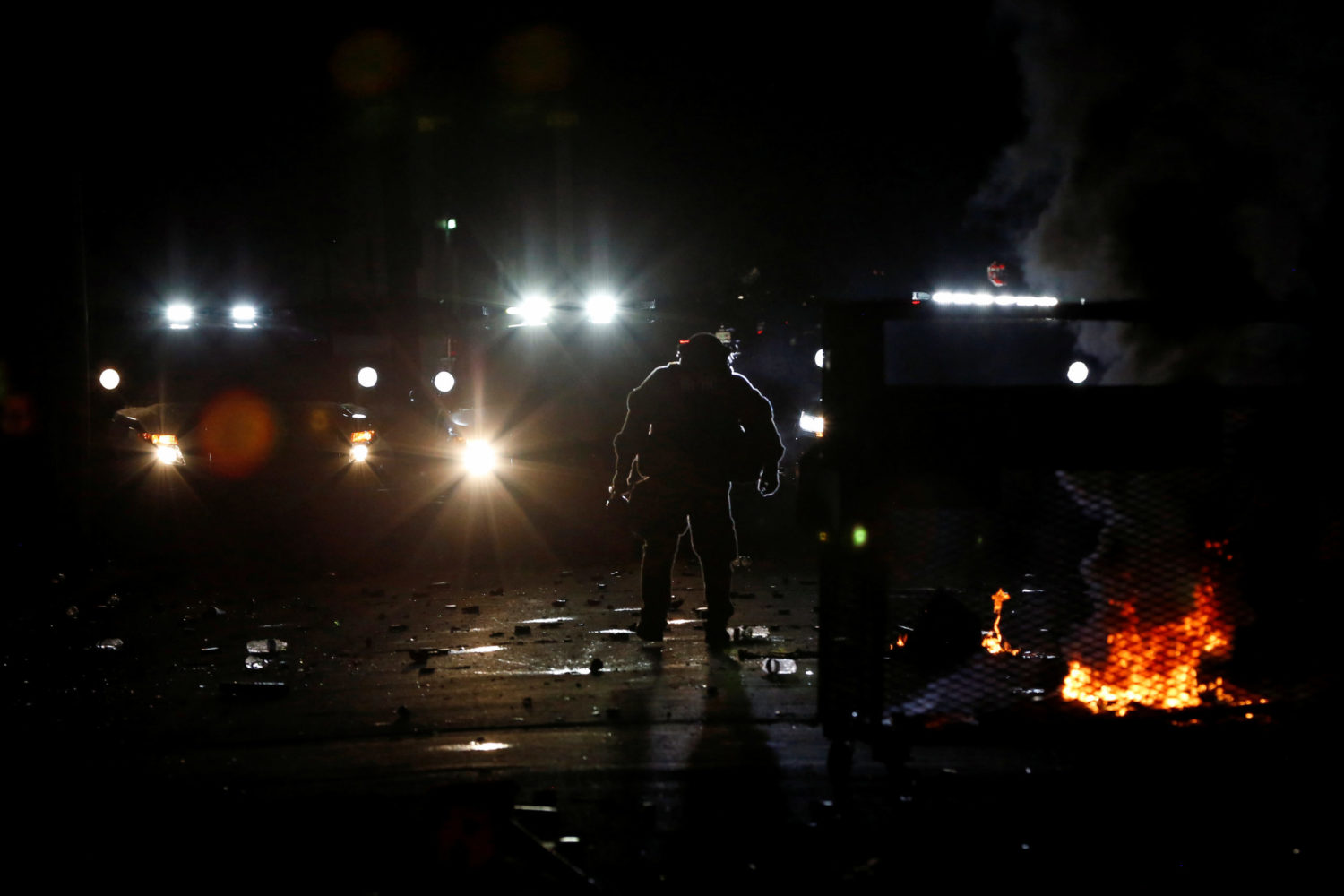 PORTLAND, Ore. (Reuters) – Protests flared again in Portland overnight on Monday as demonstrators clashed with police on the streets of the city which after months of sometimes violent confrontations has become a focal point of the U.S. presidential race.

Police used smoke grenades and pepper balls to control the crowd of protesters. Police acknowledged in a statement that officers “deployed some crowd control munitions” and said 19 people were arrested, mostly on charges of disorderly conduct and interfering with police.

About 200-300 people gathered in the downtown area to march to the apartment of Portland Mayor Ted Wheeler to demand his resignation. They were seen setting fire to wooden benches and plastic trash bins along the march.

Police declared the gathering unlawful and later upgraded it to a riot after protesters set fire in an apartment building. The area was secured to allow firefighters to respond to the situation, police said.

Portland has seen nightly protests since the killing of George Floyd, a 46-year-old Black man, in Minneapolis on May 25. Hundreds of demonstrators have been arrested since the protests began.

In recent weeks, tensions between right- and left-wing groups in the city have roiled downtown.

Supporters of U.S. President Donald Trump have converged on the city as counter demonstrators, including one man who was fatally shot on Saturday night. Nobody has been charged in that case as police review poor-quality video of the incident.

State police and officers from neighboring suburbs were sent to Portland on Monday following the shooting. 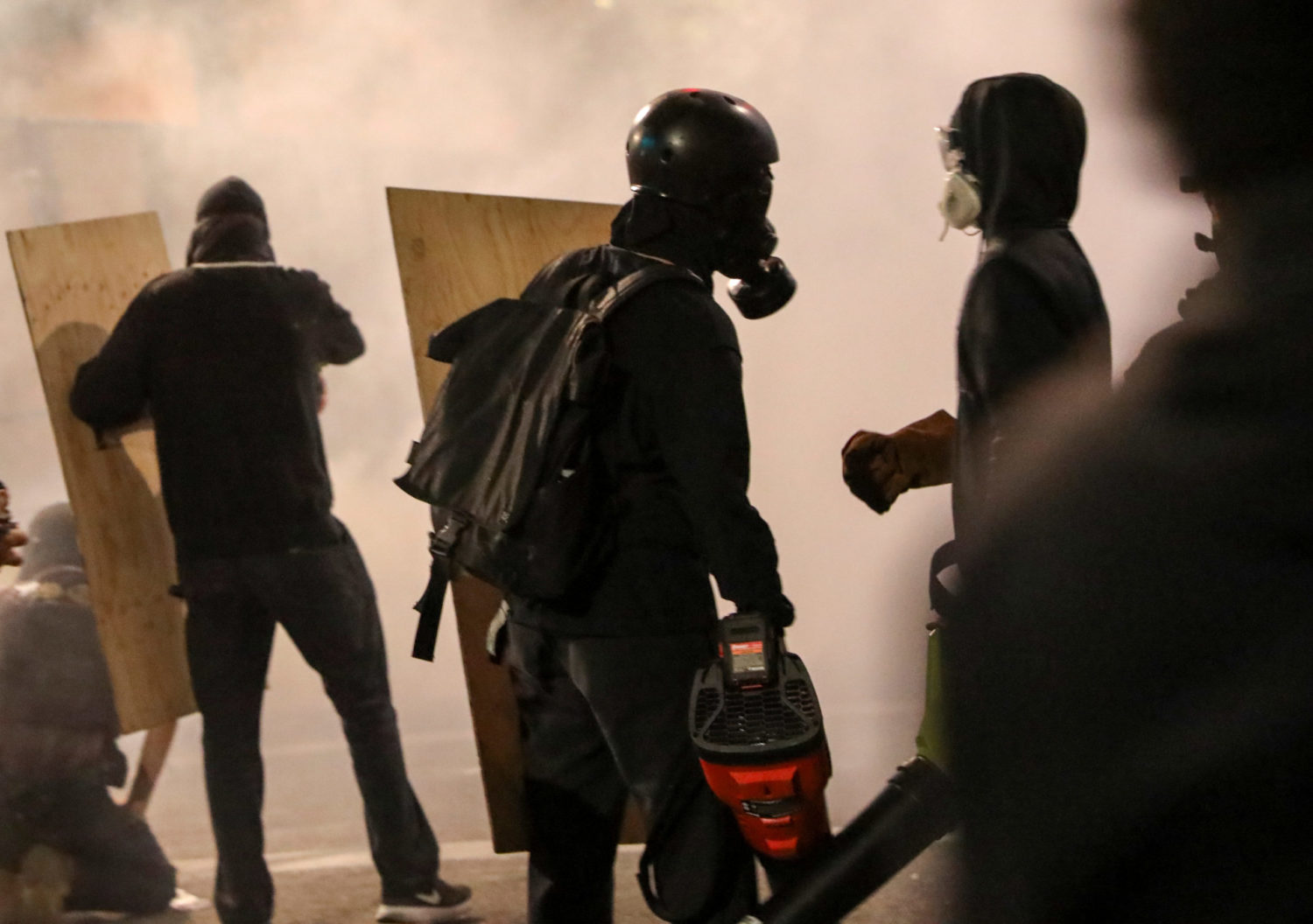 PORTLAND, Ore. (Reuters) – The mayor of the U.S. city of Portland, Ted Wheeler, was stung by tear gas early on Thursday morning after he joined demonstrators protesting against racial injustice and police brutality.

Security forces have frequently tear-gassed and clubbed demonstrators during weeks of unrest and Wheeler, visiting the protest site outside the federal courthouse in downtown Portland, urged federal agents to be withdrawn from the city.

“They’re not wanted here,” he said.

But Wheeler, who is also the city’s police commissioner, was jeered at by demonstrators who called on him to resign and chanted “Shame on You.” Some said he should have done more to protect Portland’s citizens.

The deployment of federal agents in Portland on July 4 is a flash point in a national debate over civil liberties that has roiled the United States since the death of George Floyd in police custody in Minneapolis on May 25.

Demonstrators and local officials see the move as a political ploy by U.S. President Donald Trump, a Republican, to drum up a “law and order” campaign as he faces an uphill re-election battle.

Wheeler, a Democrat, has called the intervention an abuse of federal power and said it was escalating the violence. Wednesday saw bigger and bigger crowds of supporters joining the demonstrations.

After a few demonstrators had set trash bags on the fire outside the courthouse, federal agents inside the Justice Center fired tear gas, flash bangs and pepper balls into the area.

Wheeler stood at the front of the line, in a surgical mask and goggles, and began to cough, a Reuters reporter said. He experienced two rounds of heavy tear gas. His eyes and nose were running, his face was red and his eyes were bloodshot.

He was whisked away by his security team to the city’s municipal services building.

Prior to the incident, Wheeler faced an angry crowd of more than 1,000 demonstrators packed outside the courthouse.

The mayor’s office had said Wheeler would attend the demonstration that night to talk to protesters and attempt to de-escalate tensions that have played out between demonstrators and law enforcement over the past 54 nights.

Demonstrators screamed expletives at him and a few chucked water bottles at him.

The mayor has been criticized by demonstrators for the local police’s unchecked use of force against demonstrators, which has included tear gassing, trampling, and pummeling protesters.

Speaking to the crowd, Wheeler decried the presence of federal law enforcement officers, who were caught last week snatching protesters from the street into unmarked cars.

One demonstrator asked him if he was willing to abolish the police, to which he replied ‘no’, and was loudly booed by many.

Asked about his experience of getting tear-gassed, Wheeler told Reuters: “You can’t really comply with any orders that are being issued because, frankly, you’re not paying attention to what’s around you, you’re focusing on your eyes. You’re focusing on trying to breathe.”

Asked if he might rethink the use of tear gas by local police officers, Wheeler said: “It makes me think long and hard on whether or not this is a viable tool.”