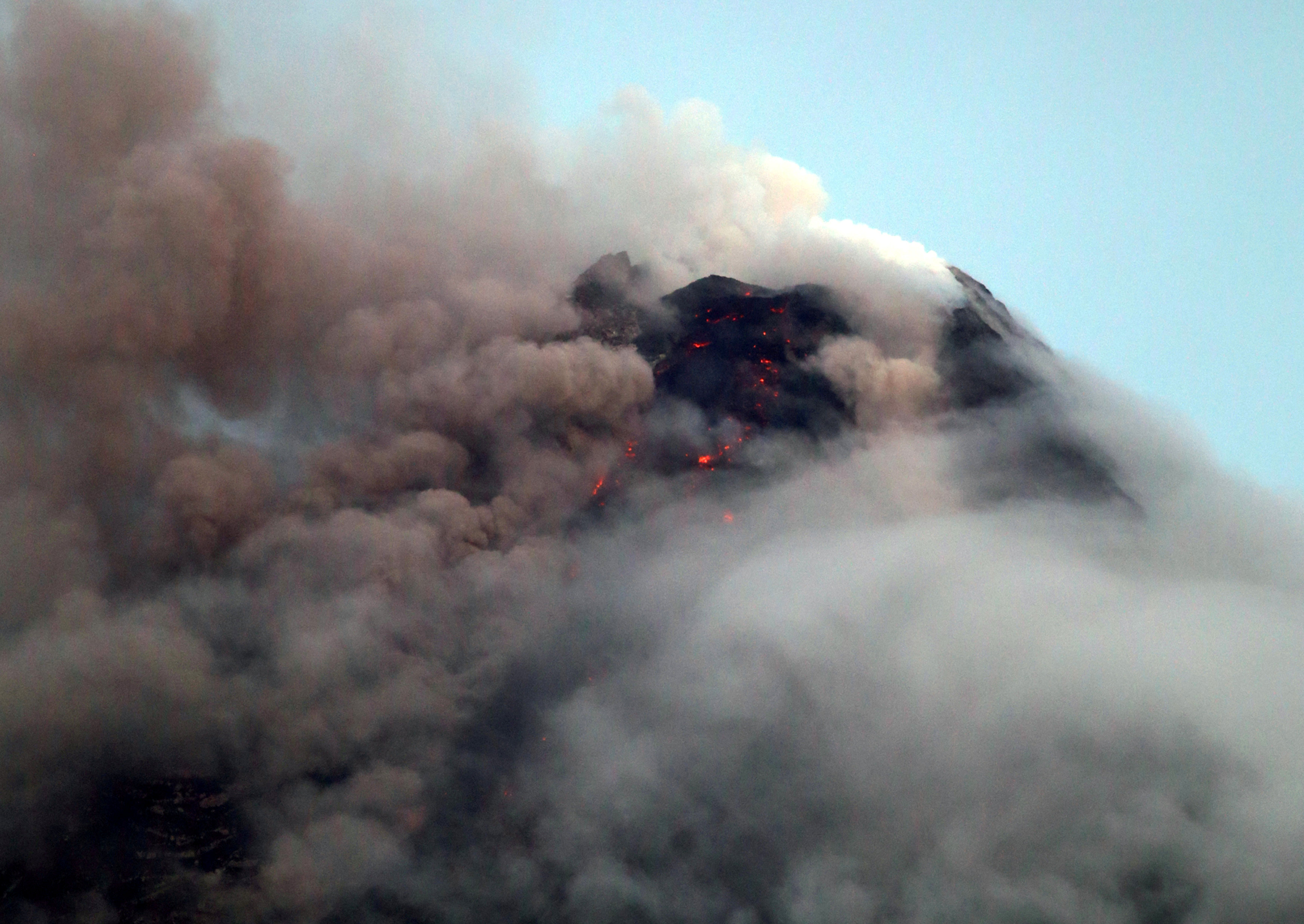 MANILA (Reuters) – A central Philippine province declared a state of calamity on Tuesday as a volcano spewed lava that reached the limits of a six-km radius no-go zone and spread ash on nearby farming villages.

Mount Mayon, a volcano in Albay province in the coconut-growing central Bicol region, has been erupting since Saturday and the number of people fleeing their homes had more than doubled on Tuesday to about 25,000, said Albay Governor Al Francis Bichara.

The National Disaster Risk Reduction and Management Council gave a smaller estimate, saying there were close to 22,000 evacuees.

“This kind of eruption, it will take about weeks, so we have to sustain the operations in the evacuation centers,” Bichara told ANC news channel. “We need to use the calamity funds.”

The Philippine Institute of Volcanology and Seismology (Phivolcs) said it had recorded nine more tremors, four of which accompanied lava fountains, as pressure leads to lava flows and ash plumes.

It reiterated that the activity signified a possible hazardous eruption within weeks or even days from the near perfectly cone-shaped volcano.

The provincial government has also expanded its suspension of school classes to more towns around the 2,462-metre (8,077-foot) volcano, about 340 km (210 miles) southeast of Manila.

Class suspensions have allowed the government to use schools as temporary shelters. 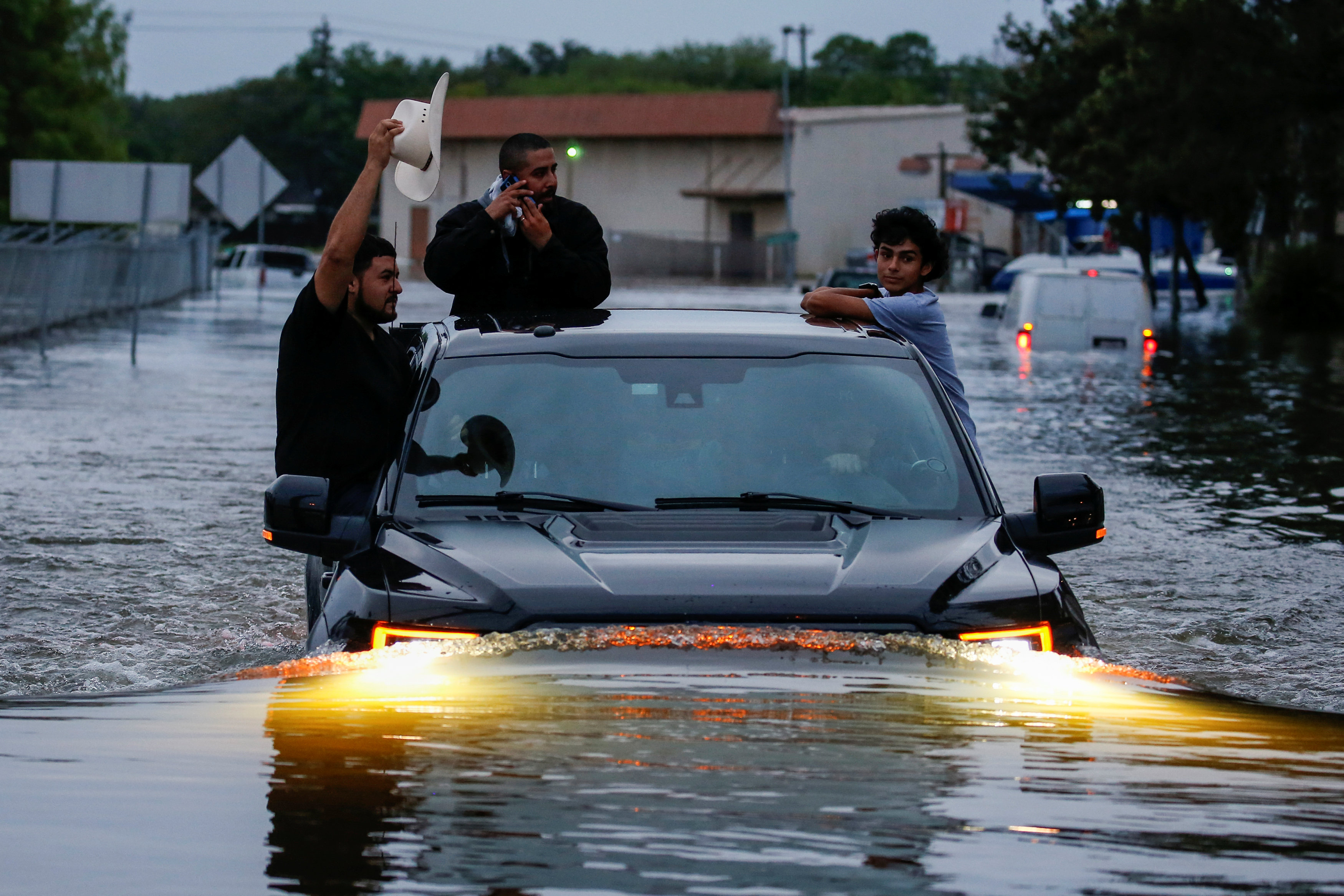 WASHINGTON (Reuters) – U.S. emergency management officials said on Monday they were expediting federal resources to Texas to help with rescue efforts after Hurricane Harvey swamped coastal areas of the state and forced 30,000 people to seek refuge in temporary shelters.

Federal Emergency Management Agency Administrator Brock Long said more than 450,000 people were expected to seek disaster assistance due to flooding after Harvey made landfall during the weekend before weakening to tropical storm status. President Donald Trump approved an emergency request on Monday for Louisiana, where severe flooding also was expected.

“We are not out of the woods yet, not by a long shot,” Acting Homeland Security Secretary Elaine Duke said at a news briefing early on Monday. “Harvey is still a dangerous and historic storm.”

Duke said federal agencies were focused at the moment on providing state and local officials in Texas with the assistance they need to continue search and rescue efforts to help those immediately affected by the flooding.

“Right now we are focused on rescue operations and will move into recovery operations later in the week,” she said. “But today we are deeply concerned with those in Houston and surrounding areas who are stranded and in need of immediate assistance.”

Federal Emergency Management Agency Administrator Brock Long said federal officials were focused on a “life safety and life sustaining mission” at the moment, helping with things like swift water search and rescue efforts over the 30 to 50 counties possibly affected by the storm in Texas.

Brock said authorities were anticipating that some 30,000 people would be placed in temporary shelters due to the flooding.

He said FEMA was in the process of deploying life-saving commodities while the Army Corps of Engineers was helping work to restore power and other federal authorities were involved in ensuring communications interoperability between federal, state and local officials.