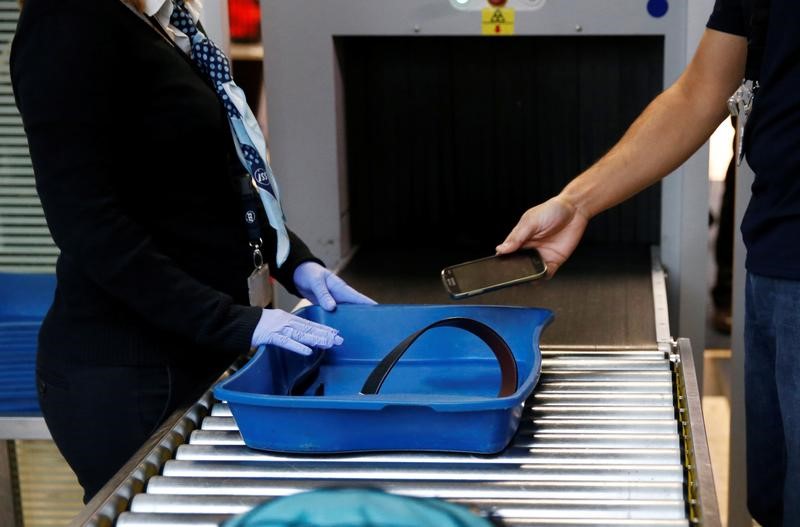 By Arshad Mohammed and Mica Rosenberg

WASHINGTON (Reuters) – The U.S. State Department will require all nations to provide extensive data to help it vet visa applicants and determine whether a traveler poses a terrorist threat, according to a cable obtained by Reuters.

Countries that fail to comply with the new protocols or take steps to do so within 50 days could face travel sanctions.

The cable, sent to all U.S. diplomatic posts on Wednesday, is a summary of a worldwide review of vetting procedures that was required under U.S. President Donald Trump’s revised March 6 executive order that temporarily banned U.S. travel by most citizens from six predominantly Muslim countries.

The memo lays out a series of standards the United States will require of other countries, including that they issue, or have active plans to issue, electronic passports and regularly report lost and stolen passports to INTERPOL.

It also directs nations to provide “any other identity information” requested by Washington for U.S. visa applicants, including biometric or biographic details.

The cable sets out requirements for countries to provide data on individuals it knows or has grounds to believe are terrorists as well as criminal record information.

Further, countries are asked not to block the transfer of information about U.S.-bound travelers to the U.S. government and not to designate people for travel watchlists based solely on their political or religious beliefs.

“This is the first time that the U.S. Government is setting standards for the information that is required from all countries specifically in support of immigration and traveler vetting,” the cable said.

The new requirements are the latest in a series of steps the Trump administration says it is taking to better protect the United States from terrorist attack.

However, former officials said much of the information sought is routinely shared between countries, including examples of passports and additional details about particular travelers that may present security concerns.

Some U.S. allies may worry about privacy protections if Washington is seen as seeking information beyond what is already shared, said John Sandweg, a former senior Homeland Security Department official now with the firm Frontier Solutions.

“I don’t think you can ignore the political aspects of the unpopularity of the current administration. That puts political pressure to stand up to the administration,” he said.

The cable lays out risk factors the U.S. government will consider when evaluating a country. Some of these are controversial and could be difficult for countries to prove to U.S. satisfaction, including ensuring “that they are not and do not have the potential to become a terrorist safe haven.”

Countries are also expected to agree to take back citizens ordered removed from the United States.

If they do not provide the information requested, or come up with an adequate plan to, countries could end up on a list to be submitted to Trump for possible sanction, including barring “categories” of their citizens from entering the United States.

The real worries for countries may not come until the results of this review are known, said Leon Rodriguez, the former director of U.S. Citizenship and Immigration Services.

“Once they start making decisions I think that is where there is going to be a lot of anxiety,” he said, saying delays in visa processing for nations that do not pose much of a threat could start to hurt “ordinary business and personal travel.”

The most controversial of Trump’s immigration-related moves are two executive orders, challenged in federal court, which impose a temporary ban on travel to the United States for most citizens from Iran, Libya, Somalia, Sudan, Syria, and Yemen.

While the orders were initially blocked from being enforced, the Supreme Court on June 26 allowed the ban to go into effect for people from the six nations with no strong ties to the United States.

The cable requires countries to act quickly, but stressed that the United States would work with foreign nations to assess if they meet the standards and, if not, to come up with a plan to help them do so.

The cable asks that U.S. diplomats “underscore that while it is not our goal to impose a ban on immigration benefits, including visas, for citizens of any country, these standards are designed to mitigate risk, and failure to make progress could lead to security measures by the USG, including a presidential proclamation that would prohibit the entry of certain categories of foreign nationals of non-compliant countries.”

The cable says the U.S. government has made a preliminary determination that some countries do not meet the new standards and that others are “at risk” of not meeting them. It does not name these, listing them in a separate, classified cable.

The State Department declined comment on the cable, saying it would not discuss internal communications.

“The U.S. government’s national security screening and vetting procedures for visitors are constantly reviewed and refined to improve security and more effectively identify individuals who could pose a threat to the United States,” said a U.S. State Department official on condition of anonymity. 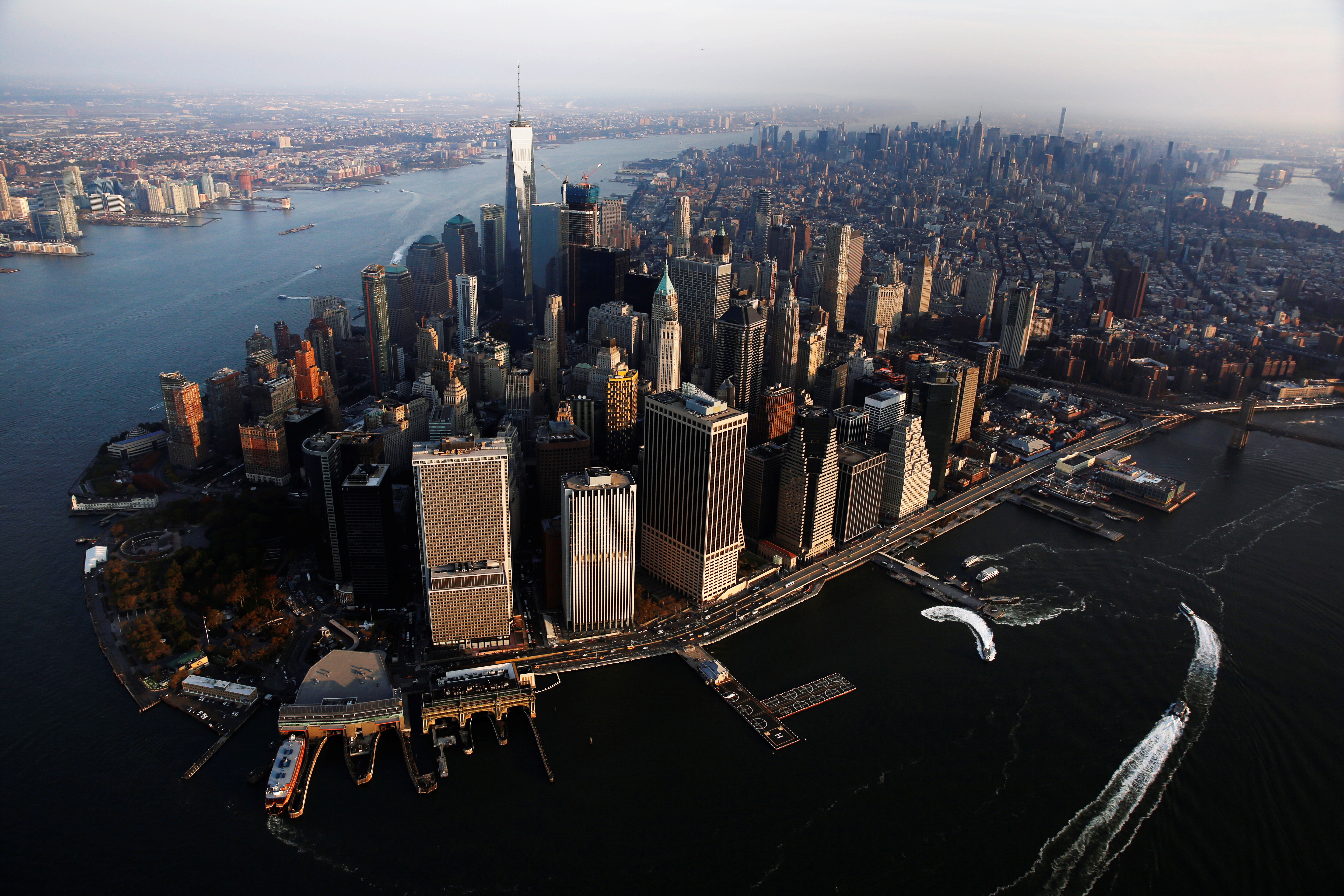 The FBI did not comment specifically on the report. “The counterterrorism and homeland security communities remain vigilant and well-postured to defend against attacks here in the United States,” it said in a statement on Friday.

The bureau was working closely with federal, state and local law enforcement to identify and disrupt any potential threats, it said.

The potential for violent clashes is darkening an already rancorous presidential race between Democrat Hillary Clinton and Republican Donald Trump, on top of the threat of computer hacking and fears that Russia or other state actors could spread political misinformation online or tamper with voting.

And while federal and state authorities are beefing up cyber defenses against potential electronic attacks on voting systems ahead of Election Day, others are taking additional steps to guard against possible civil unrest or violence.

Local authorities in Ohio, Pennsylvania, Arizona, Wisconsin and Florida told Reuters they were not boosting election-related law enforcement personnel or resources above 2012 levels. 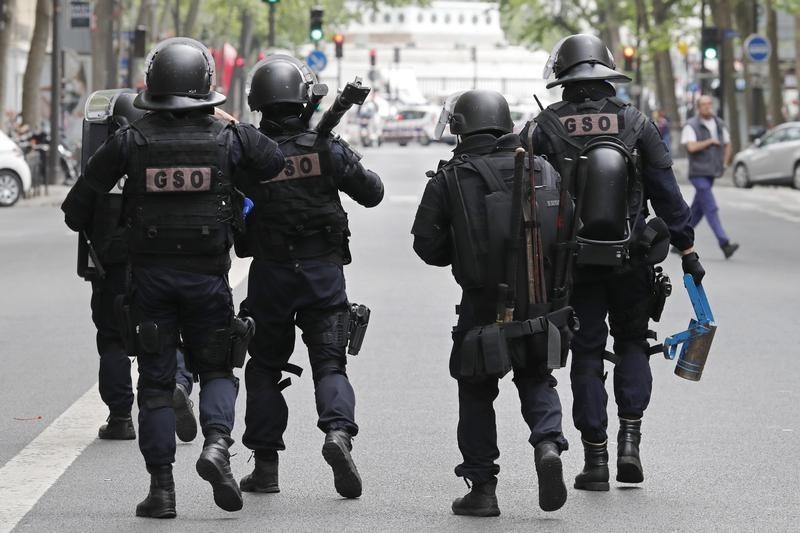 Around 100 police officers will carry the pistols, rather than the customary telescopic truncheons, when sent on beach safety duties for the peak summer season, the official said.

“This is not about a specific terrorist threat to France’s beaches but rather a decision to increase security generally given the very high threat level nationwide,” the official said.

Many French beaches are staffed during the July-August peak holiday period with lifeguards and a small team of safety and health staff headed up by an officer from the CRS riot police department.