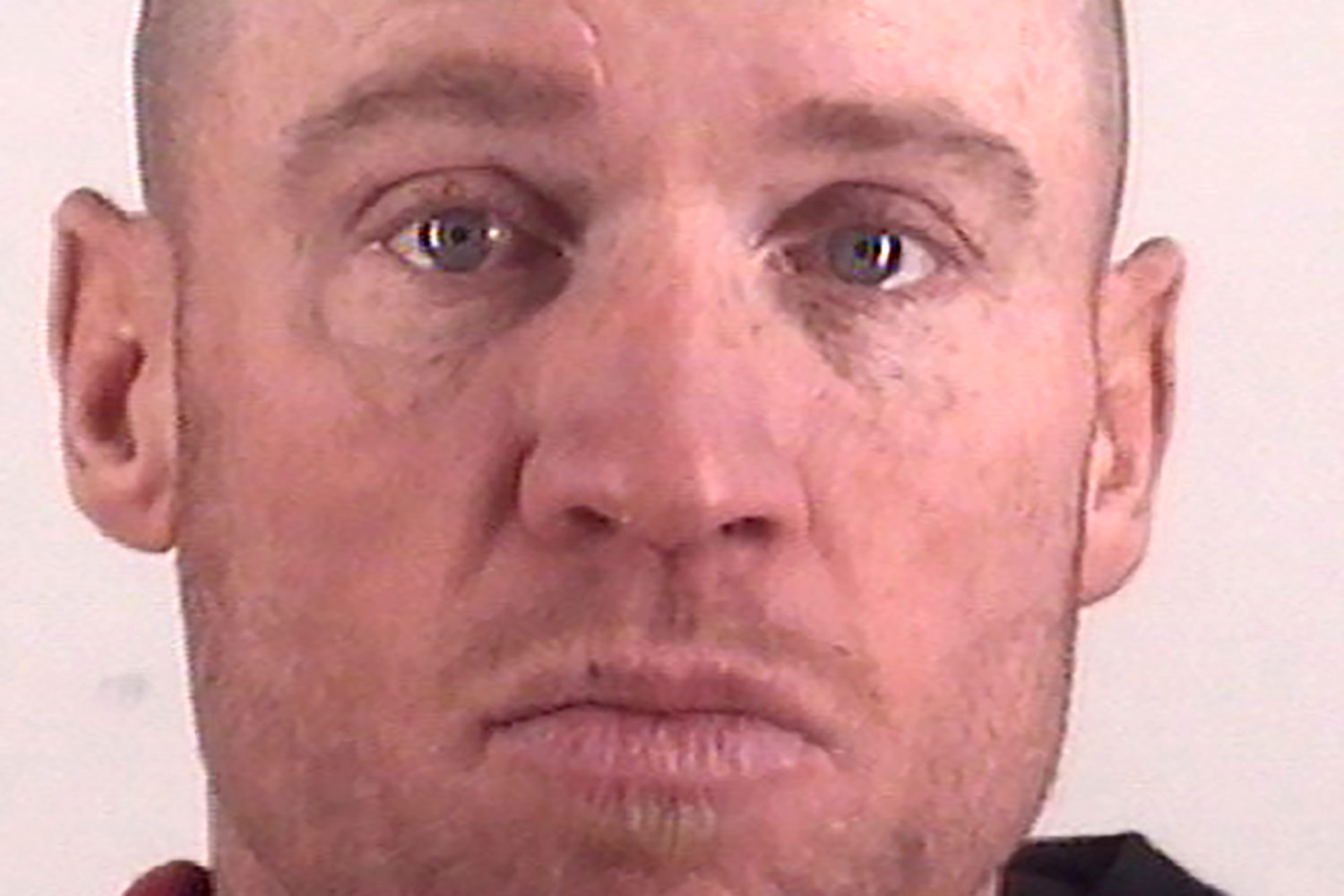 (Reuters) – The gunman who opened fire in a Texas church on Sunday, killing two before being shot dead by parishioners, was identified as Keith Thomas Kinnunen, who lived in the nearby town of River Oaks, state officials said on Monday.

His two victims killed at West Freeway Church of Christ in White Settlement, Texas, were identified as Anton Wallace, 64, of Fort Worth and Richard White, 67, also of River Oaks, the Texas Department of Public Safety said.

A live video caught the terrifying moment when the gunman stood next to the pews wearing a dark hood and started firing a long gun before members of the church’s volunteer security team shot him in the church located in a suburb northwest of Fort Worth.

“A man entered the church and sat with parishioners. During the service, the man removed a shotgun from his person and fired the weapon,” the Texas Department of Public Safety said in a statement.

“The gunman has been identified as Keith Thomas Kinnunen, 43, from River Oaks,” the statement said.

Texas Attorney General Ken Paxton told reporters on Monday the shooter had been to the church several times in the past and may have been mentally ill, but authorities were still investigating a possible motive.

Local TV station NBC DFW, citing unidentified law enforcement sources, said Kinnunen had a criminal record that included charges of aggravated assault with a deadly weapon in 2009. A Texas Department of Public Safety spokeswoman did not immediately confirm that.

The Fort Worth Fire Department said three people, including the suspected shooter, were transported from the scene in critical condition on Sunday. Two, including the suspect, died en route to the hospital, said Macara Trusty, a spokeswoman for local emergency services provider MedStar, said in a phone interview. The third died later, the Dallas Morning News reported.

Two more people sustained minor injuries as they ducked for cover inside the church, Trusty said.

“Because of the quick action of these two men, this evil event was over in six seconds,” he said in a statement issued on Sunday.

One of the two guards said in a Facebook post that he was acting against evil. “The events at West Freeway Church of Christ put me in a position that I would hope no one would have to be in, but evil exists and I had to take out an active shooter in church,” he said.

Patrick said a new state law allowing concealed carry in places of worship enabled the parishioners to stop the gunman. The law, which took effect in September, was passed in the wake of a shooting at the First Baptist Church in Sutherland Springs, Texas, in 2017 that left 26 dead.

Texas Attorney General Ken Paxton praised the law and encouraged other states to allow citizens to carry concealed weapons for defense in case of active shooters. Gun control advocates and some religious leaders have criticized such laws, arguing that weapons have no place in houses of worship.

“I do hope that through this tragedy, more churches will prepare the way this church did, not just in Texas but really across the nation,” Paxton said. “This is the model for the future.” 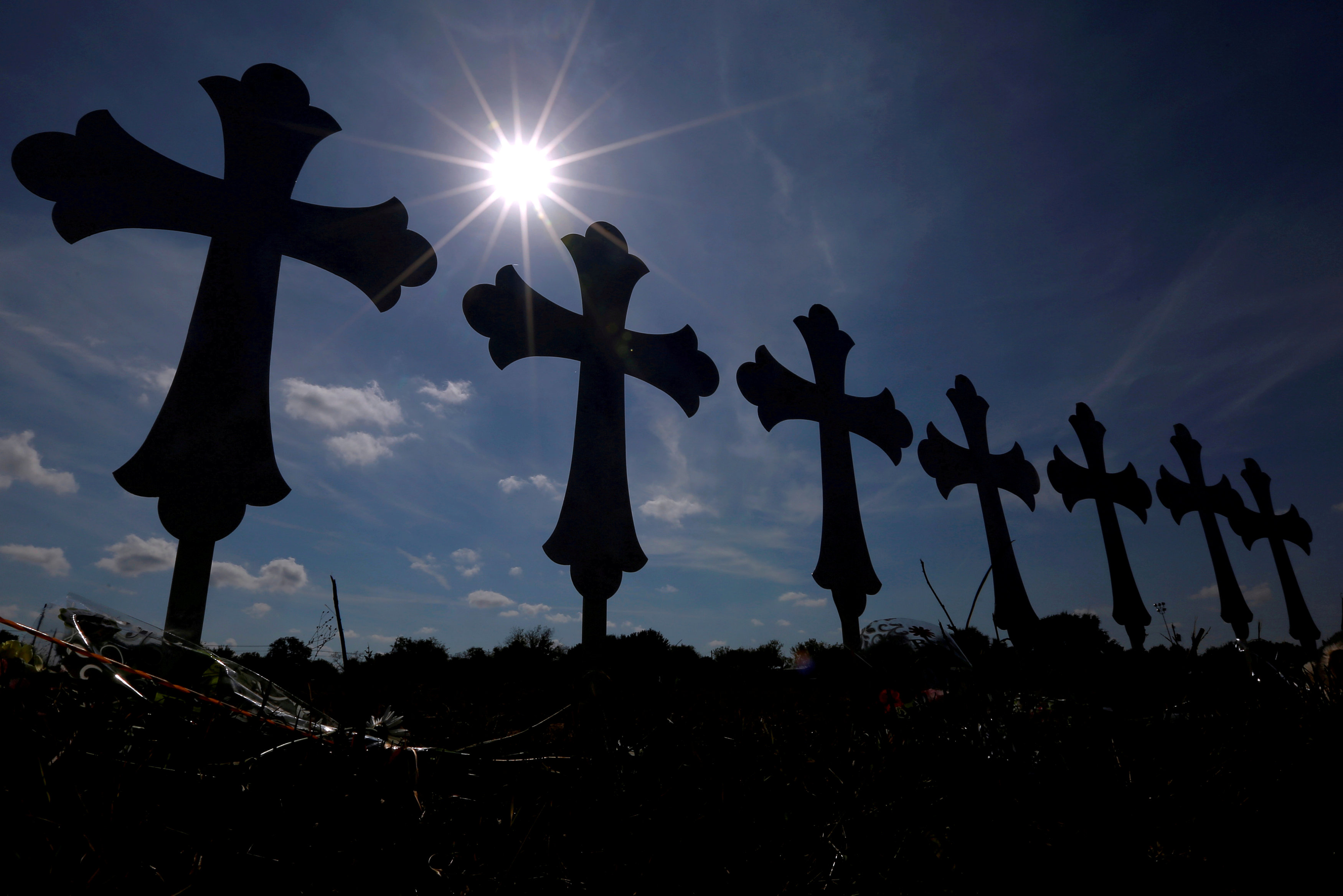 SAN ANTONIO (Reuters) – The family of a woman and two children killed when a gunman opened fire in a rural Texas church has sued the store that sold the assault rifle used in the deadliest mass murder in the state’s history, lawyers said on Friday.

The lawsuit filed this week in a state district court in San Antonio seeks at least $25 million from Academy Sports Outdoors, accusing it of being negligent in allowing the sale of the Ruger AR-556 used to kill 26 people at Sutherland Springs First Baptist Church on Nov. 5.

The retailer was not immediately available for comment and has previously told media it conducted all the required background checks.

The suit was brought by relatives of Joann Ward, who was fatally shot along with her daughters Emily Garcia and Brooke Ward.

The lawsuit claims that when the gunman, Devin Kelley, purchased the weapon in a San Antonio store, he entered an address in Colorado Springs on the federal Firearms Transaction Record form that needs to be completed before a firearm can be sold.

He obtained the weapon in Texas but it should have been sent to his Colorado residence, where he had been stationed with the U.S. Air Force, the lawsuit said.

“The Ruger should have never been placed in Kelley’s hands in Texas,” Houston Attorney Jason Webster, lead attorney on the case, said in a statement.

Kelley had a court-martial conviction for assault, which should have permanently disqualified him from legally obtaining a gun.

But the Air Force has acknowledged it failed to enter Kelley’s 2012 domestic violence offense into a U.S. government database used by licensed gun dealers for conducting background checks on firearms purchasers.

Another family, several of whose members were killed in the shooting, has filed a negligence claim against the U.S. Air Force over its failure to enter the name into the database.