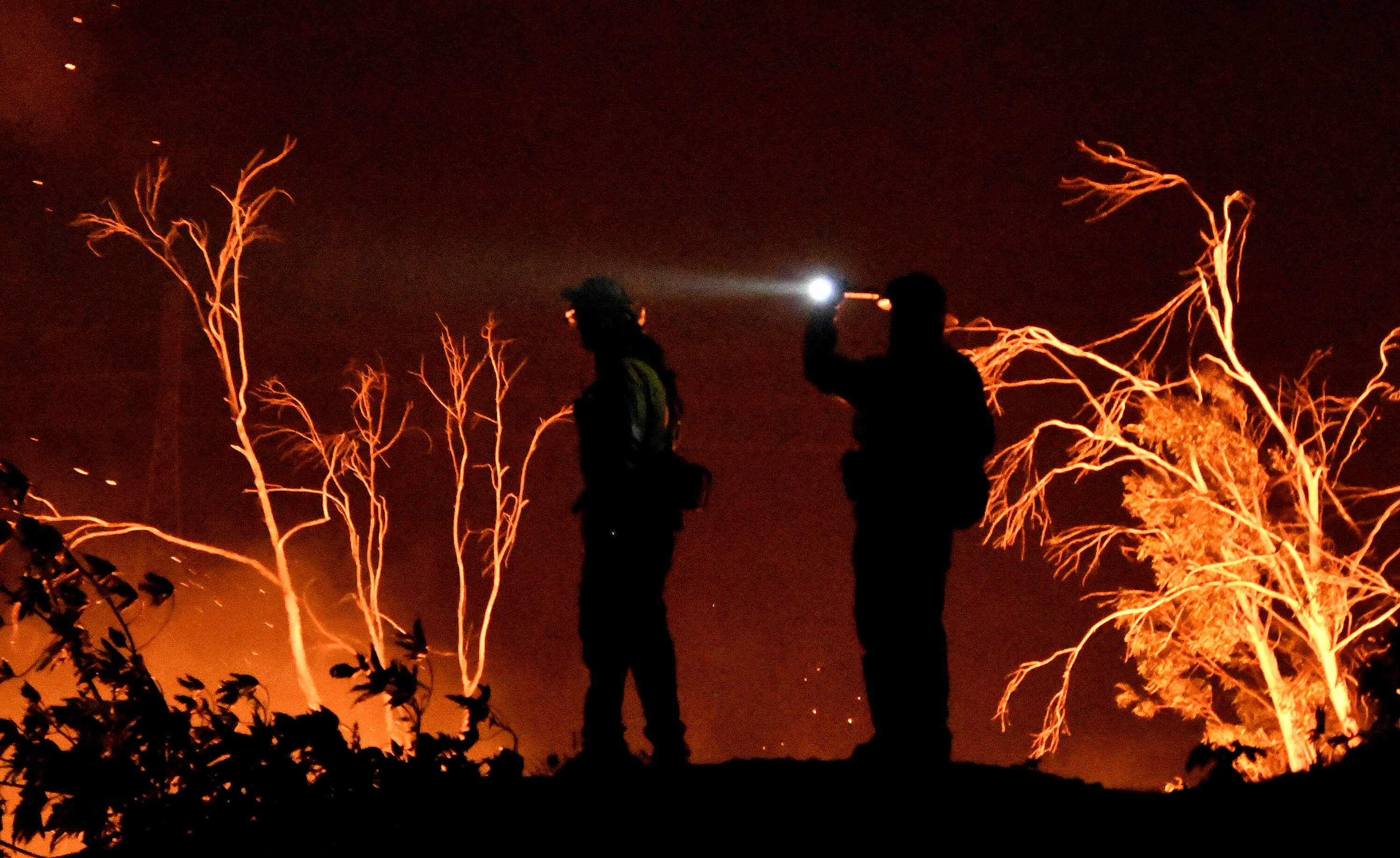 LOS ANGELES (Reuters) – Firefighters gained an edge in their weeks-long battle against a sprawling wildfire in Southern California on Thursday, thanks to weaker-than-expected winds that have been driving the flames.

Firefighters halted the spread of the so-called Thomas fire, the second-largest in the state’s recorded history, at 272,200 acres (110,155 hectares) after carving containment lines around 60 percent of its perimeter over the last couple of days, fire and police officials said.

Wind gusts expected to accelerate to 50 miles per hour (80 km per hour) on Thursday morning, creating extreme fire danger conditions for Santa Barbara County, turned out to be weaker than feared, authorities said.

“On the beach side, we didn’t really see the winds that were predicted,” said California Department of Forestry and Fire Protection spokesman Brandon Vaccaro.

Ventura County, which has taken the brunt of the blaze, was now forecast to have peak winds of 40 mph (64 kph) down from an earlier top forecast of 50-mph (80-kph) winds on Friday, the National Weather Service said.

“This has been a nightmare of a fire for a lot of people,” he said.

With progress being made against the blaze – which has scorched the dry coastal mountains, foothills and canyons of Ventura and Santa Barbara counties northwest of Los Angeles – officials said they had cut the number of firefighters to 5,644 from a peak of 8,500 over the past few days.

The Thomas blaze, which became California’s second largest wildfire in state history on Tuesday, is nearly as large as the 2003 Cedar fire in San Diego County, which consumed a record 273,246 acres (110,579 hectares) and killed 15 people.

More than 1,000 homes and other buildings have gone up in flames, and about 18,000 structures remained listed as threatened since the fire started on Dec. 4. The cause has not been determined.

(Additional reporting by Brendan O’Brien in Milwaukee and Peter Szekely in New York; Editing by Angus MacSwan and Jonathan Oatis)