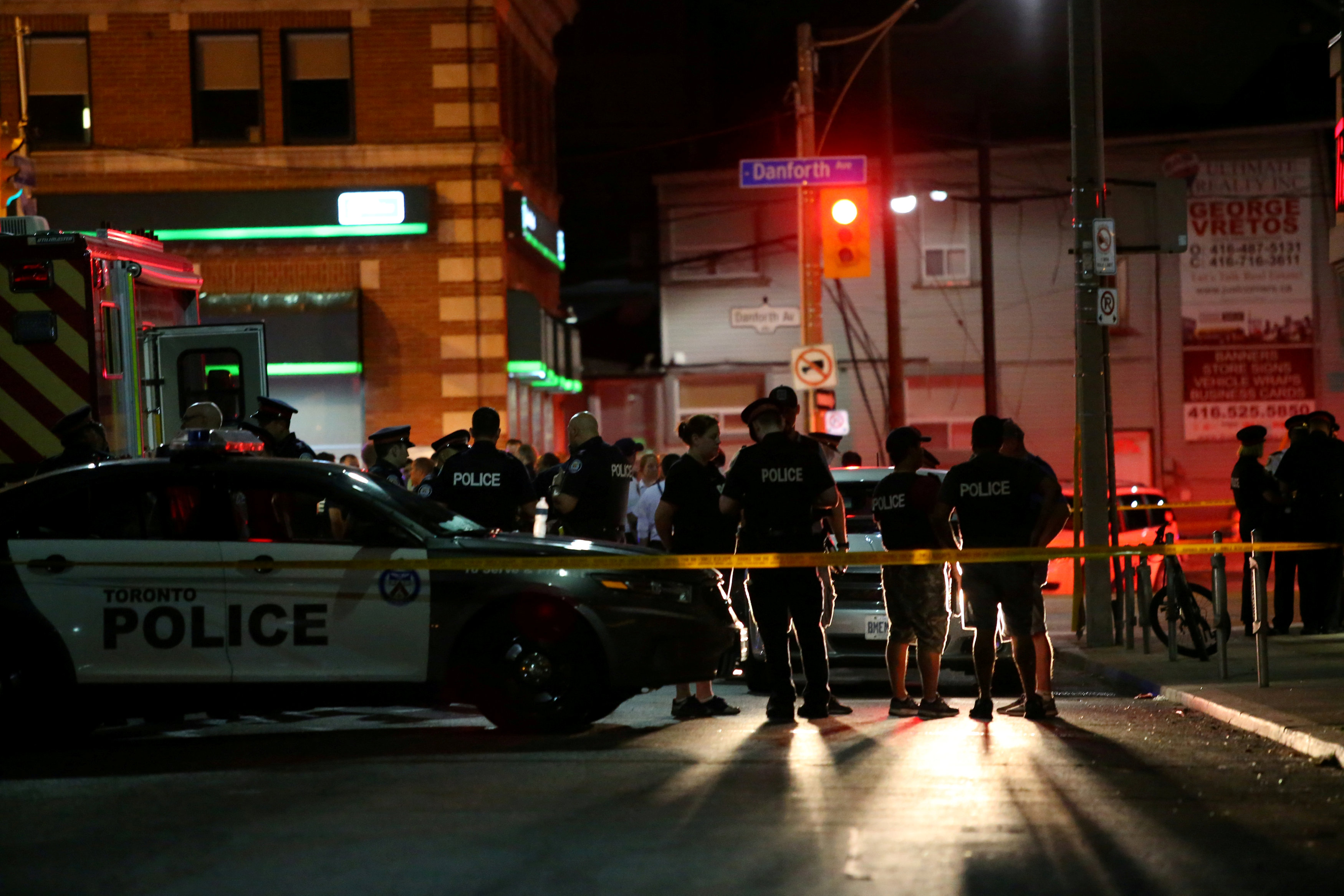 TORONTO (Reuters) – A close-knit vibrant immigrant community of Toronto’s Thorncliffe Park neighborhood, where Faisal Hussain grew up and went to school, is struggling to square the image of the quiet, skinny boy they knew with the man who went on a shooting spree late on Sunday, killing two and wounding 13.

Hussain would never talk to anybody, said resident Saira Ahmed, who would see him going out for a walk. He worked in a grocery store but spent much of his time at home, according to one neighbor, and attended high school at nearby Marc Garneau Collegiate Institute, another neighbor said.

However, Hussain, 29, struggled with severe mental illness, battled depression and psychosis, his parents, Farooq and Fakhara Hussain, wrote in a statement Monday evening.

Treatments could not fix his mental illness, his parents added. “While we did our best to seek help for him throughout his life of struggle and pain, we could never imagine that this would be his devastating and destructive end.”

On Sunday night, police say, Hussain shot dead an 18-year-old woman and a 10-year-old girl and injured 13 others using a handgun on the bustling Danforth Avenue before he fled an altercation with police and was later found dead.

Eighteen-year-old Reese Fallon had just graduated high school and was looking forward to studying nursing. Police have not identified the 10-year-old.

“Our hearts are in pieces for the victims and for our city as we all come to grips with this terrible tragedy,” Hussain’s parents said. “We will mourn those who were lost for the rest of our lives.”

The Hussains are no strangers to heartbreak, neighbors told Reuters. Their only daughter died following a car accident years ago, and one of their sons has been in a coma for some time. The family, originally from Pakistan, is known to have lived in the apartment for more than 25 years, neighbors said, though Reuters was not able to independently verify it.

Farooq Hussain, known by neighbors to walk the area no matter the season, has had health problems of his own and recently underwent surgery, two neighbors said.

Thorncliffe Park is a community with a high immigrant population, a large part of it South Asian.