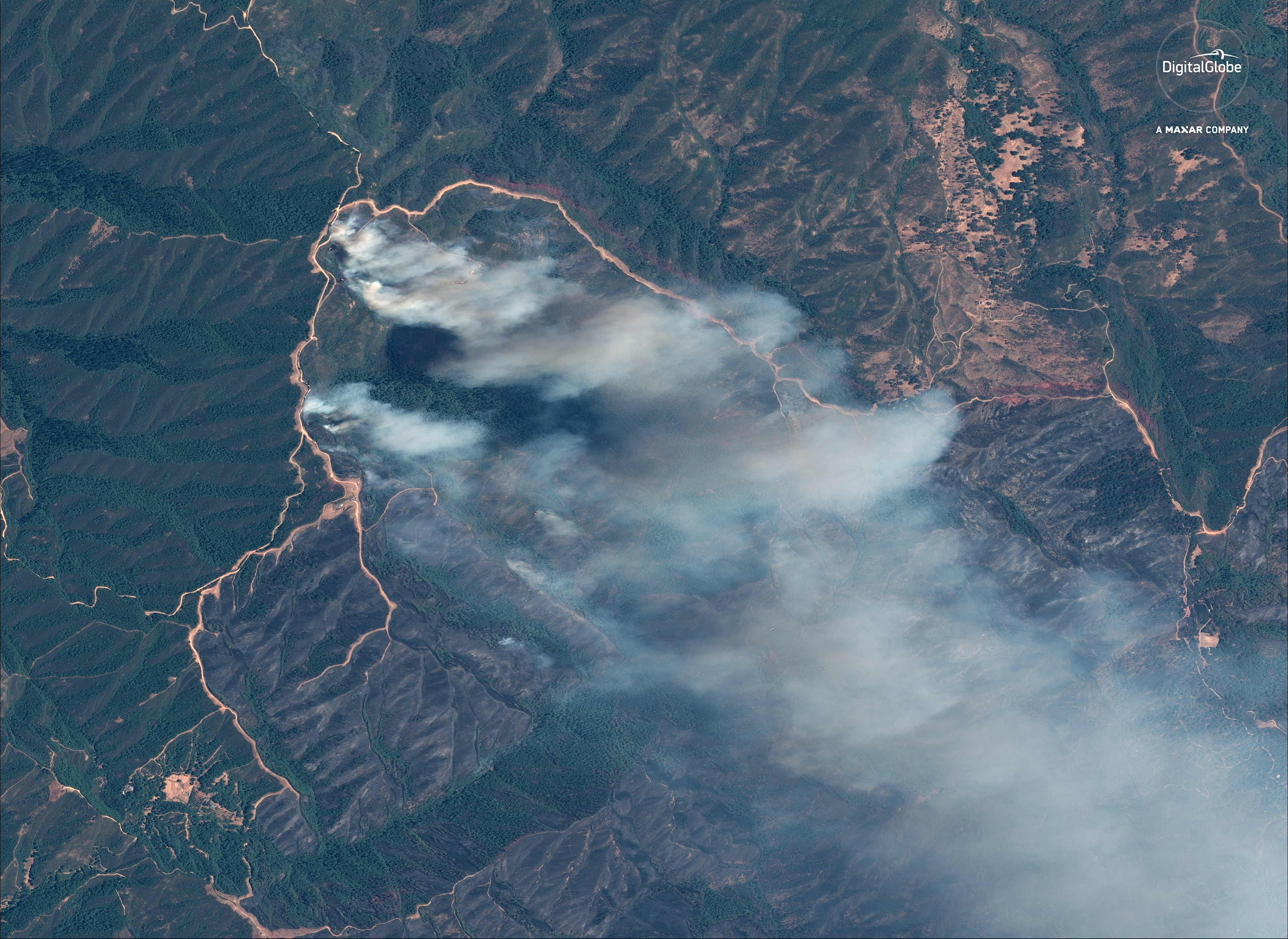 LOS ANGELES (Reuters) – Crews battling the largest wildfire in California history took advantage of milder overnight temperatures to gain considerable ground in containing the blaze on Wednesday, a day after officials it would take until September to snuff it out.

The Mendocino Complex fire, which has scorched an area of northern California almost the size of Los Angeles, was 47 percent contained on Wednesday morning, the California Department of Forestry and Fire Protection (Cal Fire) said. A day earlier, the fire was 34 percent contained.

So far, two firefighters have been injured fighting the blaze, which has consumed more than 300,000 acres. While sprawling, the wildfire was less destructive than last week’s Carr Fire near Redding, destroying 75 homes and forcing the evacuation of more than 23,000 people. The Carr Fire destroyed more than 1,000 structures.

Overnight temperatures for Wednesday and Thursday should drop to a low of 64 degrees (18 Celsius) but highs were forecast to hit 98 degrees (36 Celsius) on Wednesday and 99 (37 Celsius) on Thursday, said National Weather Service meteorology intern Jennifer Guenehner.

Some 4,000 firefighters were working on Wednesday to stop the fire from reaching communities at the southern tip of the Mendocino National Forest, about 100 miles north of San Francisco. The blaze is still threatening more than 10,000 structures, Cal Fire said.

The Mendocino Complex is one of 17 major fires burning in California that have destroyed more than 1,500 structures and displaced tens of thousands of people over the past month.

Cal Fire on Tuesday pushed back the date when it expected to bring the Mendocino fire under full control to Sept. 1, the fourth time the department has revised its timetable as the massive wildfire expanded.

The fire became the largest in California history on Monday, after officials began battling two separate blazes in the Mendocino area as a single event, according to Cal Fire.

Now, having scorched more than 300,000 acres, the blaze has surpassed the Thomas Fire, which burned 281,893 acres in Santa Barbara and Ventura counties in southern California last December, destroying more than 1,000 structures.

Climate change is widely blamed for the higher temperatures that have fueled wildfires in California, and further afield like in Portugal, Sweden, and Siberia.

The California fires are on track to be the most destructive in a decade, prompting Democratic Governor Jerry Brown and Republican leaders such as state Senator Ted Gaines to call for thinning forests and controlled burns to reduce fire danger. Environmentalists oppose such preventive burns, saying they kill wildlife.