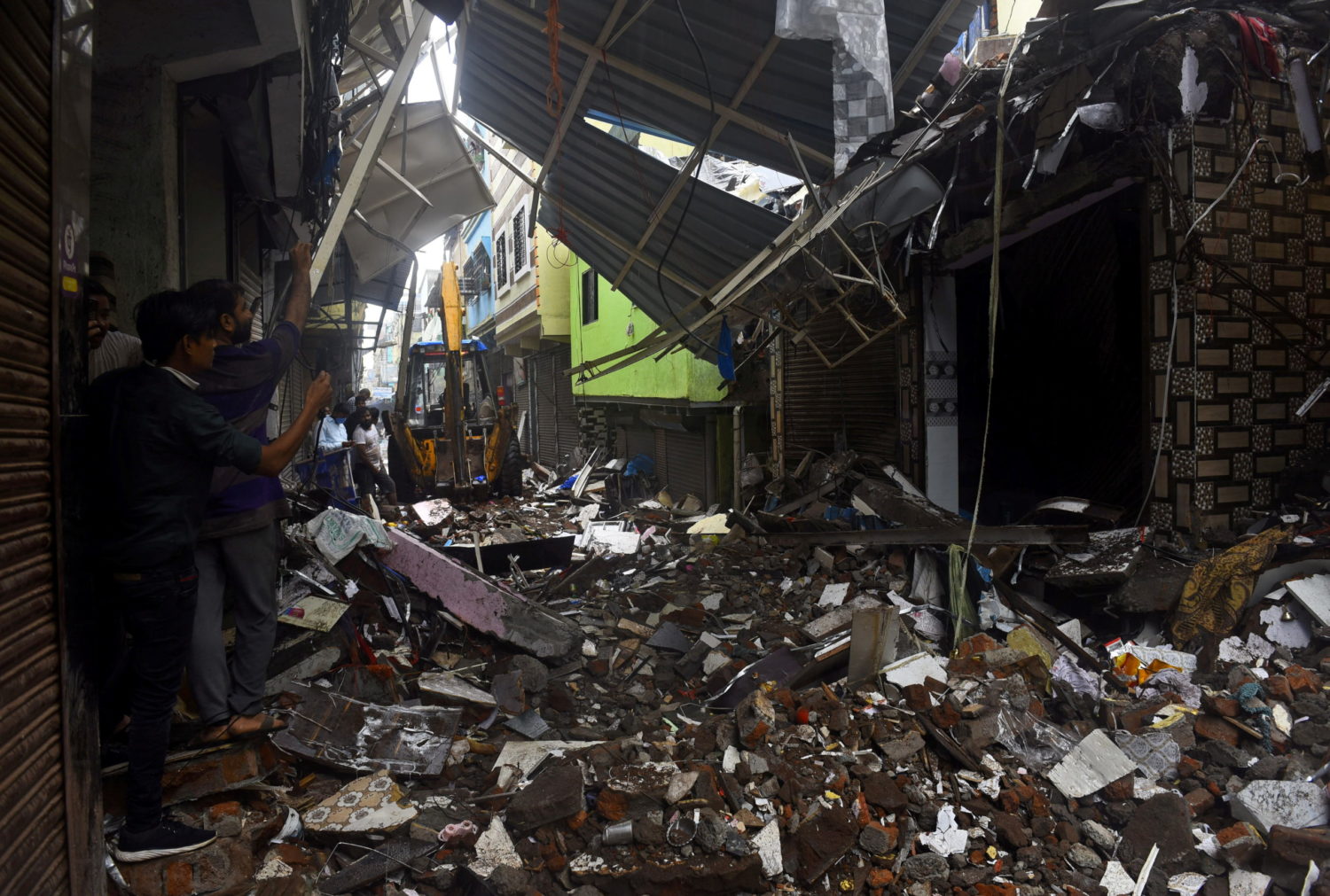 MUMBAI (Reuters) -At least 112 people have died in the western Indian state of Maharashtra, authorities said on Friday, after torrential monsoon rains caused landslides and flooded low-lying areas, cutting off hundreds of villages.

Parts of India’s west coast received up to 594 mm (23 inches) of rainfall over 24 hours, forcing authorities to evacuate people from vulnerable areas as they released water from dams that were threatening to overflow.

“Dams and rivers are overflowing. We are forced to release water from dams, and, accordingly, we are moving people residing near the river banks to safer places.”

The navy and army were helping with rescue operations in coastal areas, he added.

At least 38 people were killed in Taliye, 180 km (about 110 miles) southeast of the financial capital Mumbai, when a landslide flattened most of the small village, state government officials said.

In nine other landslides in other parts of Maharashtra 59 people died and another 15 were killed in accidents linked to the heavy rainfall, they said.

A few dozen people were also feared to have been trapped in landslides in Satara and Raigad districts, said a state government official who asked not to be named.

“Rescue operations are going on at various places in Satara, Raigad and Ratnagiri. Due to heavy rainfall and flooded rivers, we are struggling to move rescue machinery quickly,” he said.

Thousands of trucks were stuck on a national highway linking Mumbai with the southern technology hub of Bengaluru, with the road submerged in some places, another Maharashtra government official said.

Meanwhile, hundreds of villages and towns were without electricity and drinking water, he said.

Rivers were also overflowing in the neighboring southern states of Karnataka and Telangana where authorities were monitoring the situation, government officials there said.

Seasonal monsoon rains from June to September cause deaths and mass displacement across South Asia every year, but they also deliver more than 70% of India’s rainfall and are crucial for farmers.