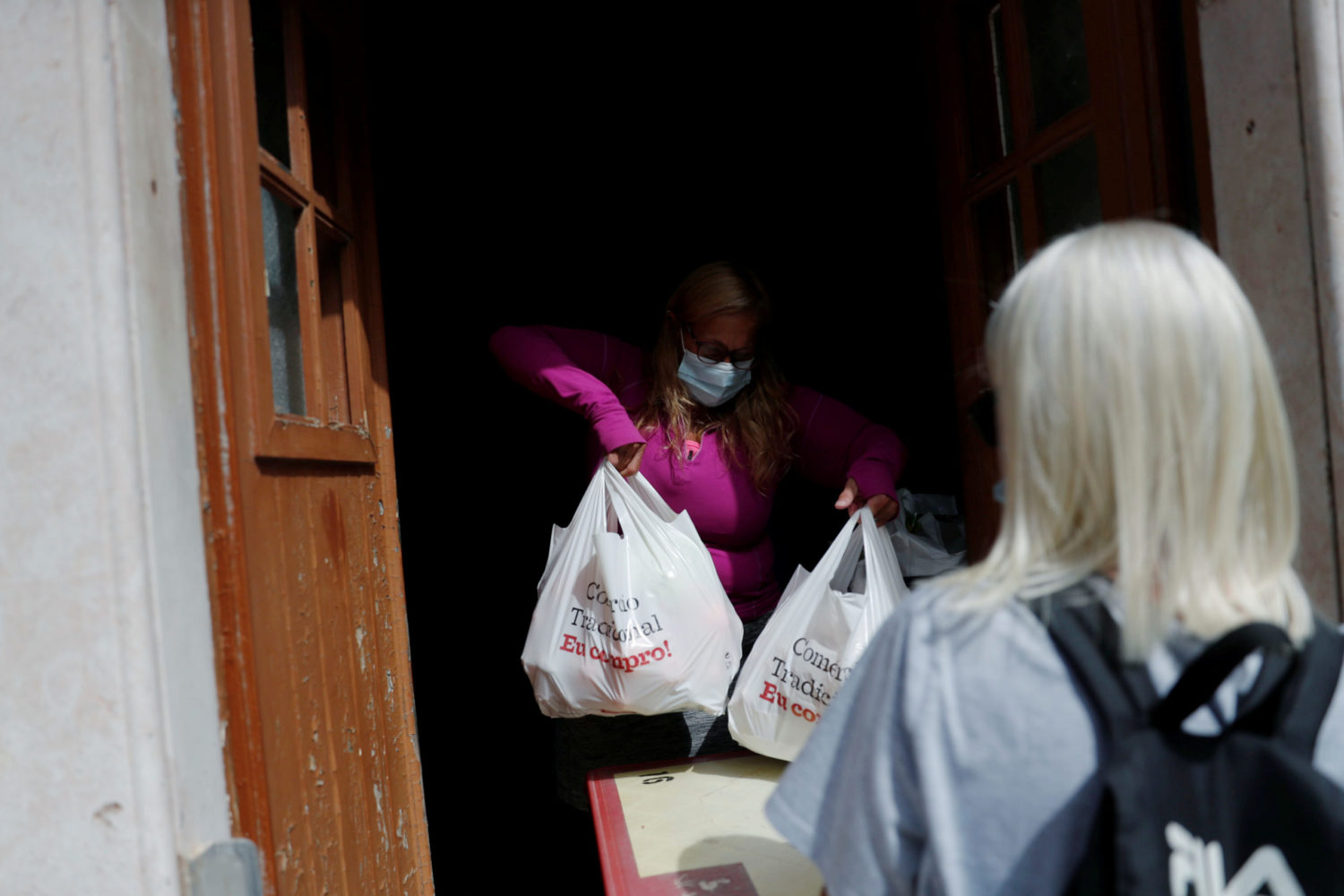 FARO, Portugal (Reuters) – Carla Lacerda used to earn a good salary selling duty-free goods to holidaymakers arriving at Algarve airport in southern Portugal, but she lost her job last August due to the COVID-19 pandemic and quickly ran out of cash to feed her two kids.

The 40-year-old now receives around 500 euros ($587) per month in unemployment benefits, leaving her no option but to join the queue for food donations.

“I never thought I’d be in this situation,” Lacerda said as she waited for milk, vegetables and other essential goods at the Refood charity in Faro, capital of the Algarve. “It’s sad I’ve reached this point, but I’m not ashamed.”

Lacerda is one of thousands of people whose lives have been turned upside down by the pandemic, which has ravaged tourism across the sun-drenched Algarve region and left its popular beaches and golf resorts largely deserted.

Algarve’s food bank, which has two warehouses in the region, is now helping 29,000 people, almost double the number before the pandemic.

“It’s the first time since the food bank began in Algarve that the numbers have reached such a level,” said its president, Nuno Alves, as volunteers distributed food to drivers from various charities waiting in their cars outside.

Poverty is spreading across the middle class, said Alves, with people from the crucial tourism sector worst affected. Many businesses have had to shut and some may never reopen.

In February, the number of those registered as jobless in the Algarve jumped 74% from a year ago, more than in any other Portuguese region.

At the Faro branch of Refood, which collects unwanted food from restaurants and supermarkets and distributes it to the needy, 172 families queue for supplies every week, an increase of some 160% since the pandemic started.

“We help an architect, a teacher, a nurse, a social worker,” said coordinator Paula Matias. “It’s very sad. I’m a mother and I cannot imagine what it’s like not to have a plate of food to give to your children.”

One man in his thirties who requested anonymity told Reuters he had lost his job as a personal fitness trainer to wealthy expats because of the COVID-19 pandemic, which also claimed the lives of his brother and nephew.

He sold everything he had, from his flashy car to a fish tank, to pay the bills, but in January he had to ask for help from community organization MAPS, which now gives him food, and also psychological support after he tried to take his own life.

“I tried to be strong but I couldn’t,” he said. “Government support never arrived and I couldn’t get out of the situation.”

MAPS vice-president Elsa Cardoso said pleas for help continued to rise and that some people who had worked in tourism jobs were now homeless.

“Every day there are more people no longer able to support themselves, who have been evicted,” Cardoso said, adding that it might take a while for things to improve.

Portugal has been under a second strict lockdown since January that is only now gradually being eased.

British retiree Denise Dahl said distributing food to the vulnerable through her own organization ‘East Algarve Families in Need’ had helped her through the grieving process after she lost her husband Terje to COVID-19 in December.

“If I didn’t have this I don’t know what would’ve happened,” said Dahl, who lives in the town of Tavira, adding that the situation in the Algarve continued to worsen.

“With the lack of tourists coming in this year we expect even more families going hungry.”