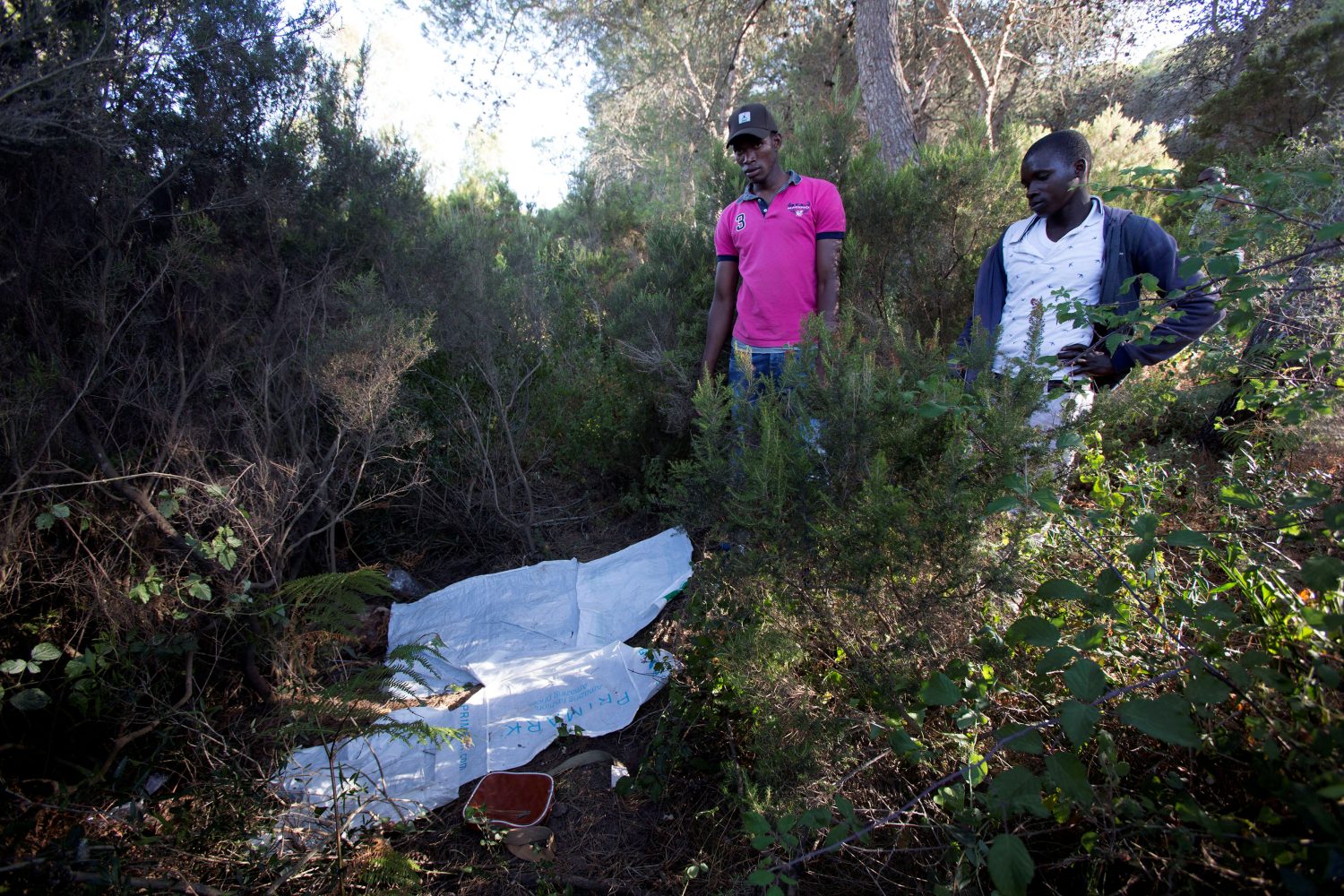 By Ahmed Eljechtimi and Ulf Laessing

TANGIER, Morocco (Reuters) – Senegalese migrant Ismail, 26, is back in the forests around the northern Moroccan port of Tangier, not long after being stopped there by authorities and bussed 872 kilometers south in an attempt to stop him reaching Europe.

But his desire to get to Spain is unrelenting, and so the cat-and-mouse game with authorities continues.

Last year Morocco became the main departure point for migrants to Europe, overtaking Libya where the coast guard has prevented more departures with help from the European Union. 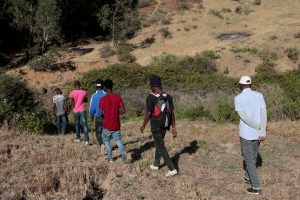 African migrants walk in a hiding place in the mountains away from sights near the city of Tangier as authorities intensify their crackdown against illegal migrants sending them south to prevent crossings to Spain, Morocco June 25, 2019. REUTERS/Youssef Boudlal

Morocco is only 14 kilometers south of the Spanish coast and shares land borders with the small Spanish enclaves of Melilla and Ceuta on its northern coast, which are surrounded by a 6 meter-high fence topped with razor wire.

Under a new crackdown this year, authorities are sending undocumented migrants they pick up to southern towns, far from the land and sea borders with Spain. They are also clearing migrant camps in the forests and halting the sale of dinghies and inflatables.

According to official figures as of May, the country had stopped 30,000 people from illegally crossing to Spain this year and busted 60 migrant trafficking networks.

Authorities say the clampdown on traffickers, in particular, saw migrant arrivals from Morocco to Spain drop in the first six months of 2019 to 12,053 from 26,890 in the same period last year, according to the International Organization for Migration (IOM).

Morocco is also about to complete a new 3 meter-high fence within its own territory around Ceuta to deter crossings, according to residents near the enclave.

“Authorities conduct surprise raids to comb the forests looking for us, therefore we have to sleep in a spot where we can anticipate their arrival and run before they catch us and send us south again,” said Ismail.

He and other migrants live from begging and wait for their chance to jump the fence surrounding Ceuta.

He made his way back north hiding even deeper in the forests and avoiding walking in the streets by daylight.

“Our brothers who crossed to Spain are now having a good life,” said Ibrahim from Guinea Conackry, showing scars on his hand from a failed attempt to jump the fence last year.

The displacement campaign has drawn criticism from rights groups such as ASCOMS, a coalition of 27 Sub-Saharan civil society NGOs.

Authorities say they take migrants south to protect them from smugglers and prevent migrants from storming the borders with Ceuta and Melilla.

As crossing to Europe becomes ever harder, many Africans are now deciding to stay in Morocco and seek work, benefiting from a legalization policy launched by Morocco in 2013.

Over 50,000 migrants, 75% of whom are from Sub-Saharan Africa, obtained residency cards since 2013, according to official figures.

After five years in Morocco, Sonya, 35, from Cameroon, gave up on the idea of reaching Europe. She now sees in Morocco home for her and her daughter Salma, who attends a local school.

Sonya is taking a training course with a local NGO, hoping to boost her chances of finding work. But work is not easy to find in an economy where informal labor abounds and the unemployment rate stands at 10%, with one in four young people jobless.

Most migrants work in the informal sector doing low-paid jobs shunned by Moroccans, however.

The President of Tangier region, Ilyas El Omari, urged the EU to help Morocco and his region integrate migrants through training programs and investment to create jobs and avoid tension between locals and migrants.

The EU promised last year to give 140 million euros in border management aid to Morocco.

For Ismail, only Spain will do, however.

“I want to go to Europe for better living standards and better jobs. Salaries are not that good here,” he said.

“We are exhausted, but we will continue trying to get to Spain.” 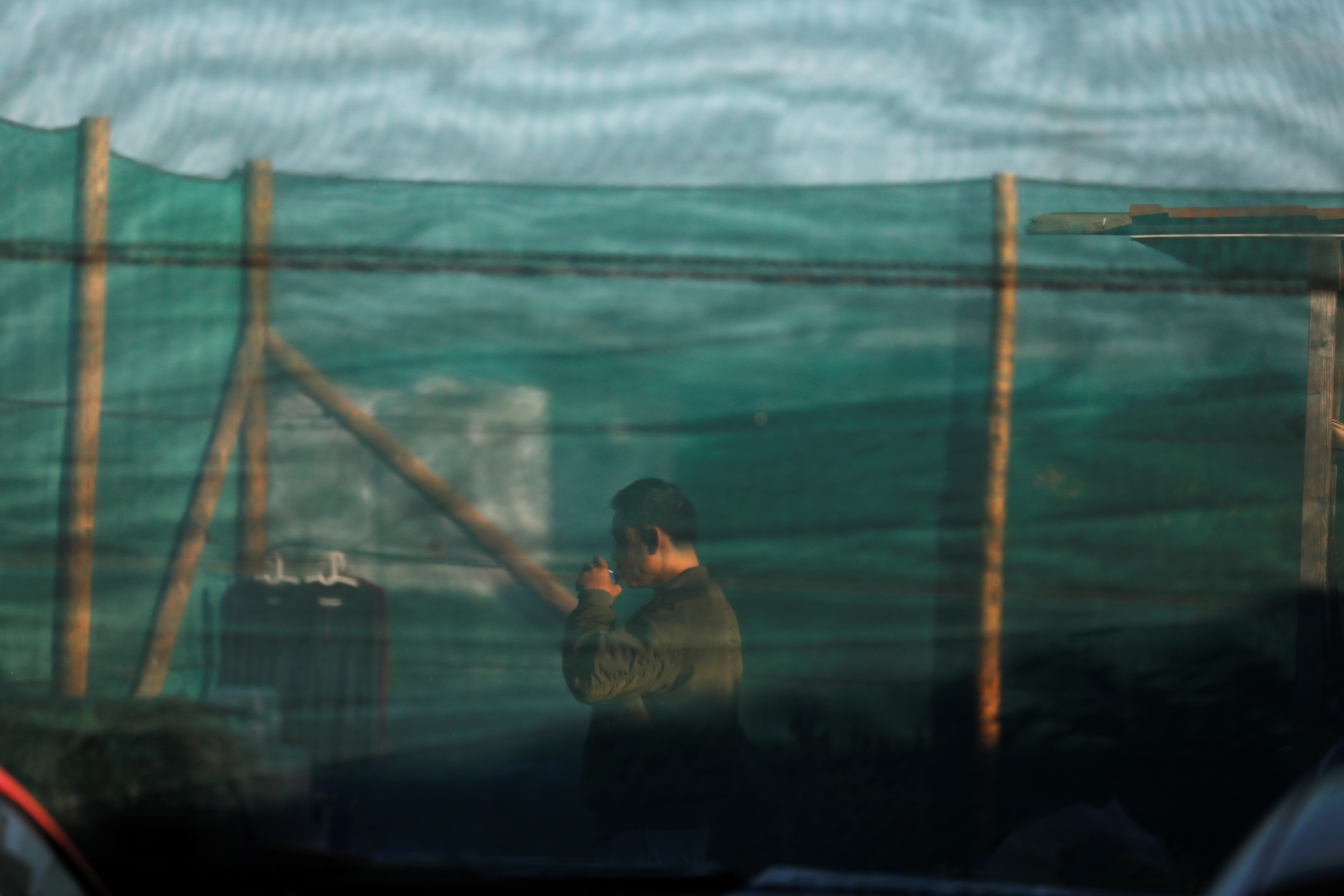 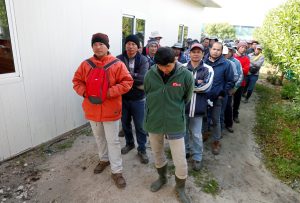