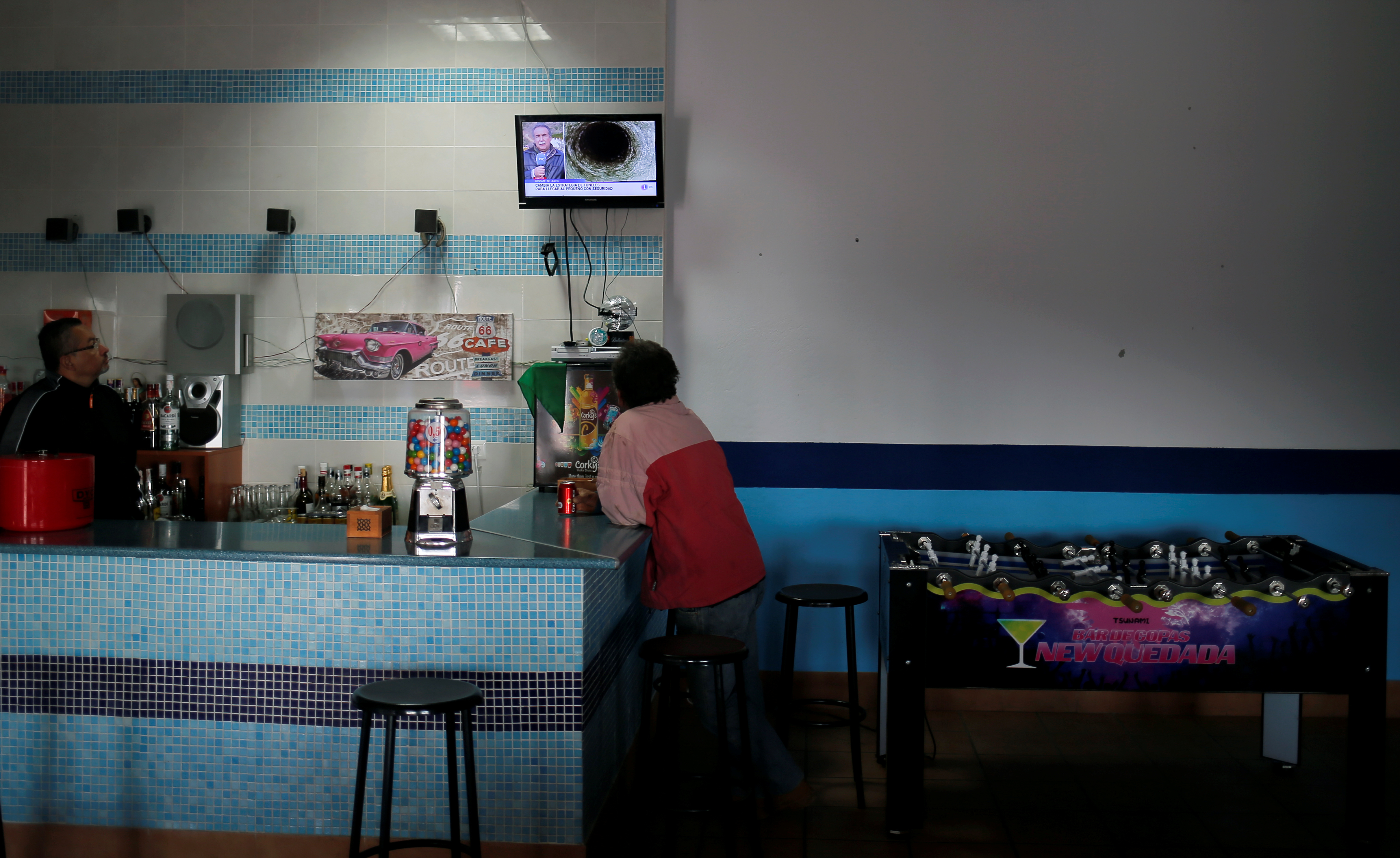 TOTALAN, Spain (Reuters) – Rescue workers will need at least two more days to reach a two-year-old boy who has been trapped in a deep well in southern Spain since Sunday, a mining expert taking part in the effort said on Thursday.

Officials said they were not losing hope to would find the boy alive. Rescuers were now digging tunnels to reach the child who, fell into the well which is just 25 cm (10 inches) wide and 100 meters (328 feet) deep. 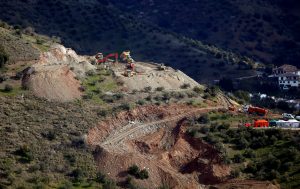 Diggers and trucks remove sand at the area where Julen, a Spanish two-year-old boy fell into a deep well four days ago when the family was taking a stroll through a private estate, in Totalan, southern Spain, January 17, 2019. REUTERS/Jon Nazca

“The most important here is to be able to get close to the boy. Either horizontally or vertically, in order to start the mining work to reach the place where the boy is at the moment,” mining engineer Juan Escobar told reporters at the site in Totalan, Malaga.

“It is very complicated (to complete) in less than two days”, added.

Among debris pulled out of the well, rescuers on Wednesday found hair, which DNA tests confirmed belonged to the child, though no signs of life have been detected.

“We will not stop until we’ve rescued the child. We’re confident that we can rescue him alive,” a government official in Malaga, Maria Gamez, told reporters gathered at the site.

The rescue of Julen, who was seen falling into the well as his family walked through a private estate in Totalan, has drawn huge media attention in Spain and the whole country is holding its breath for the outcome.

According to Spanish media, Julen’s parents lived another family tragedy in 2017 when their three-year-old son died suddenly while walking along a beach not far from Totalan.

Residents nearby gathered on Wednesday for a vigil to support the family, many holding homemade placards reading “All of Spain is with you”.