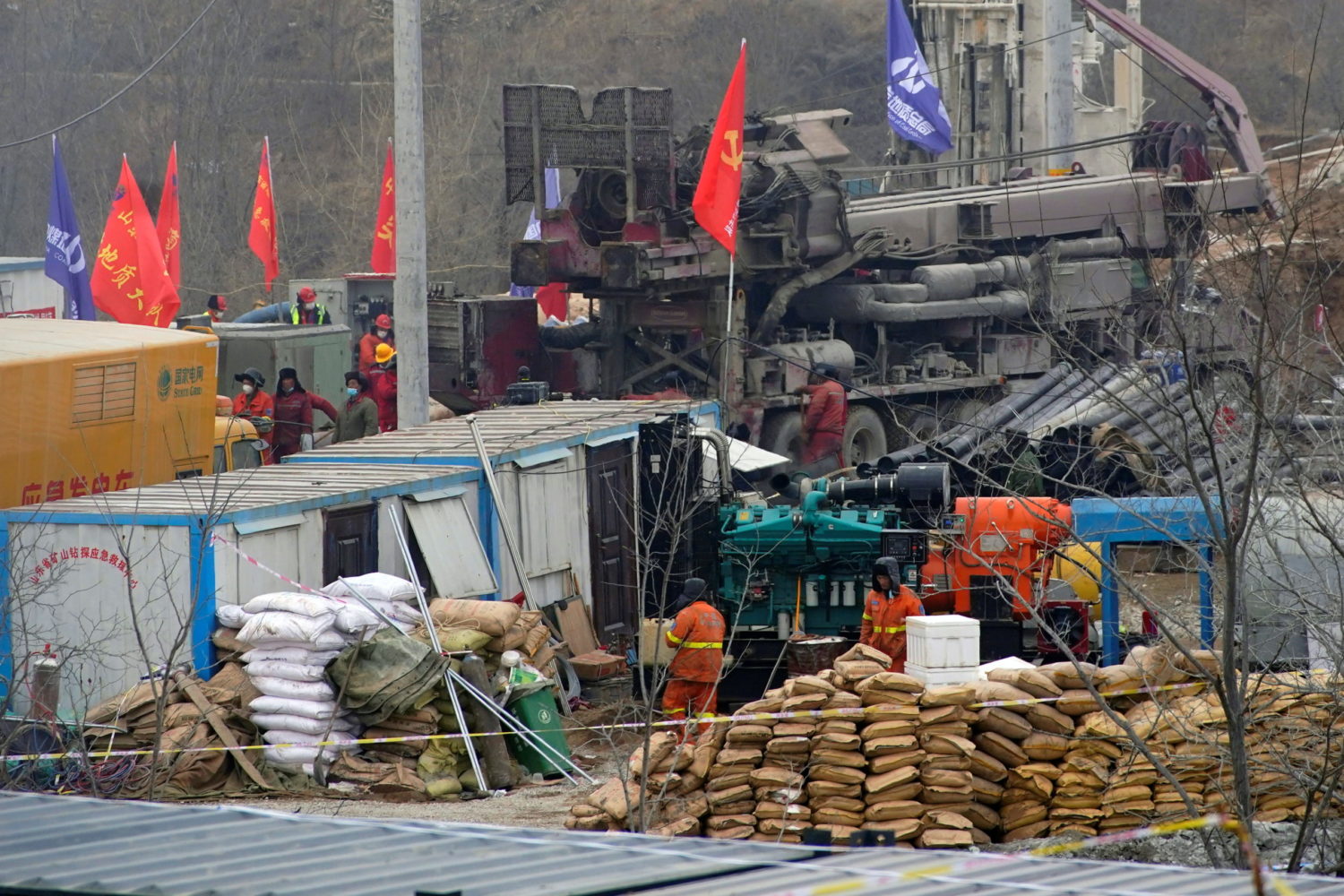 QIXIA, China (Reuters) – The 10 known survivors trapped since a deadly Jan. 10 gold mine explosion in northern China have been using laser pointers and loudspeakers to try to find their missing colleagues, state media reported on Friday.

The rescue operation, which has been able to get food and medicines to the miners, was expected to take at least another two weeks, authorities have said.

White bottles of food and water sent down to the trapped workers had a note stuck on them saying, “We are all waiting for you, keep going!”, photos shared by propaganda department officials with Reuters on Friday showed.

“The physical condition, psychological condition and living environment of 10 miners in the middle section of the mine are good,” the People’s Daily, the official newspaper of China’s ruling Communist Party, reported on Friday.

“The miners continued to search for other trapped persons through laser pointer projection and loudspeaker shouting,” it said.

A total of 22 workers were trapped in the Hushan mine by the Jan 10 blast in Qixia, a major gold-producing region under the administration of Yantai in coastal Shandong province.

One has died and 11 were not in contact with the rescue teams, according to a Xinhua radio report on Thursday.

At least 15 days may be needed to clear the “severe blockages” as rescuers continued to drill shafts to reach the 10 men, officials said on Thursday.

At the site, security was tight on Friday and Reuters journalists were not permitted to get close to the rescue operation.

Workers in orange high visibility clothing could be seen operating heavy machinery. At the entrance to the site, a medical tent had been set up to administer COVID tests for rescue workers.

About 570 people are involved in the rescue, the newspaper said.

China’s mines are among the world’s deadliest. It has recorded 573 mine-related deaths in 2020, according to the National Mine Safety Administration.

(Reporting by Emily Chow in Qixia and Beijing newsroom; Writing by Shivani Singh; Editing by Tony Munroe and Philippa Fletcher) 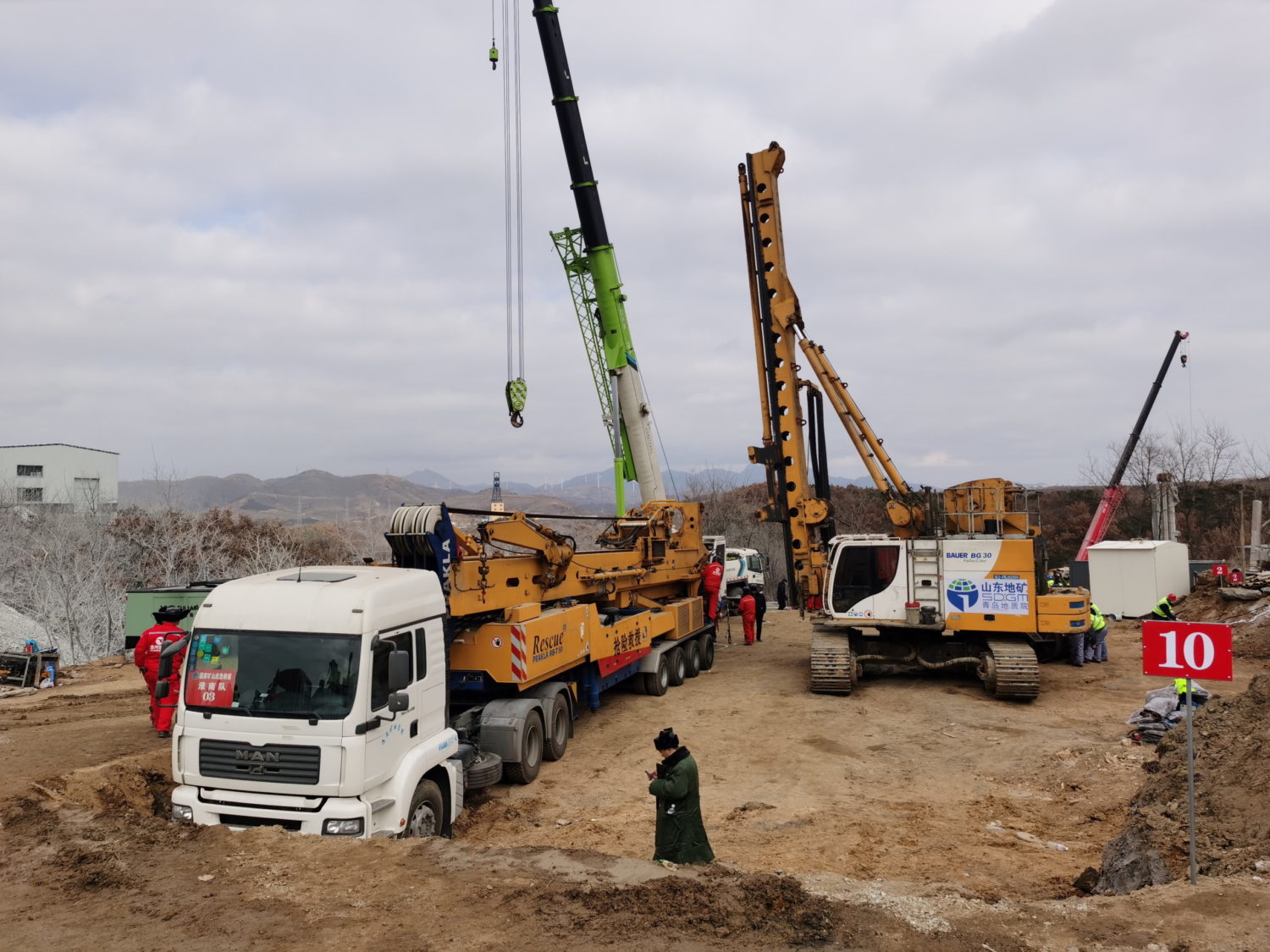 SHANGHAI (Reuters) – Rescue teams on Wednesday drilled new holes down a gold mine in China’s Shandong province, searching for more survivors after an explosion 10 days ago and preparing an escape passage for a group known to still be alive, state media reported.

A total of 22 workers were trapped underground in the Hushan gold mine on the outskirts of Yantai, on China’s eastern coast, following the Jan. 10. blast. Rescuers have managed to deliver supplies to 11 workers, one of whom is in a coma after sustaining a head injury during the explosion.

Another eight of the 11 are in good health, while two are unwell, Shandong’s official Qilu Daily newspaper said, citing the rescue headquarters. One more worker who survived is in another section of the mine and believed to be injured, while the whereabouts of the remaining 10 are unclear, it added.

China has deployed 16 professional rescue teams and dozens of medical personnel to try to save the miners.

The operation involves drilling 10 channels, with one 711 millimeter-(2.33-foot)-wide hole – intended to serve as an escape route – wide enough to lift out the miners, the People’s Daily said. Rescuers could not say when this hole would be finished but admitted they were in a race against time.

An air ventilation shaft that rescuers also want to use to pull the miners to safety has been cleared to a depth of 350 meters (1,148 feet), the report said. The miners were working at a depth of more than 600 meters at the time of the explosion.

A channel previously used to send down supplies has been replaced because water inside was posing a threat to those underground, while another hole is being drilled to search for more signs of life, Beijing Evening News reported. 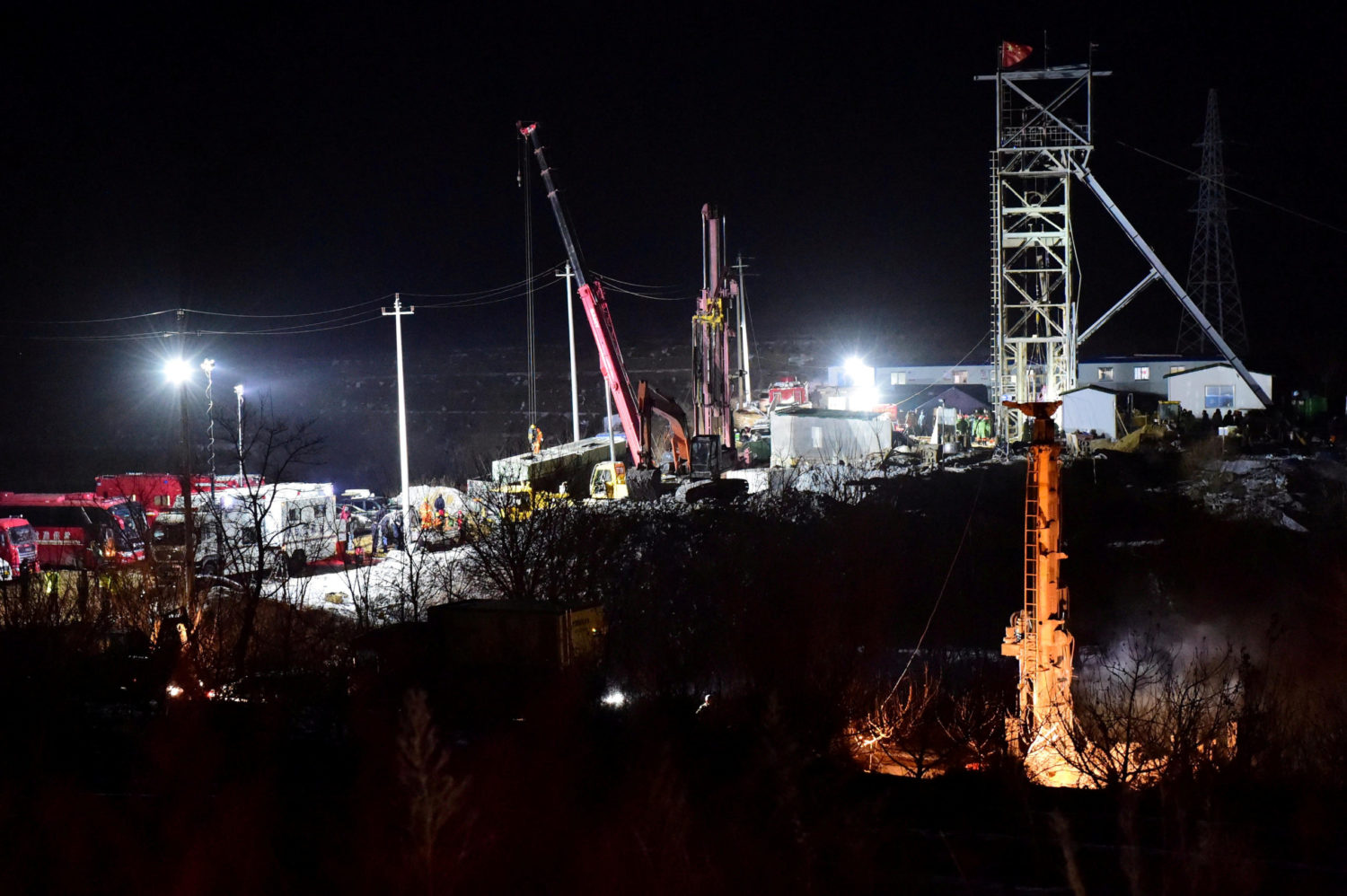