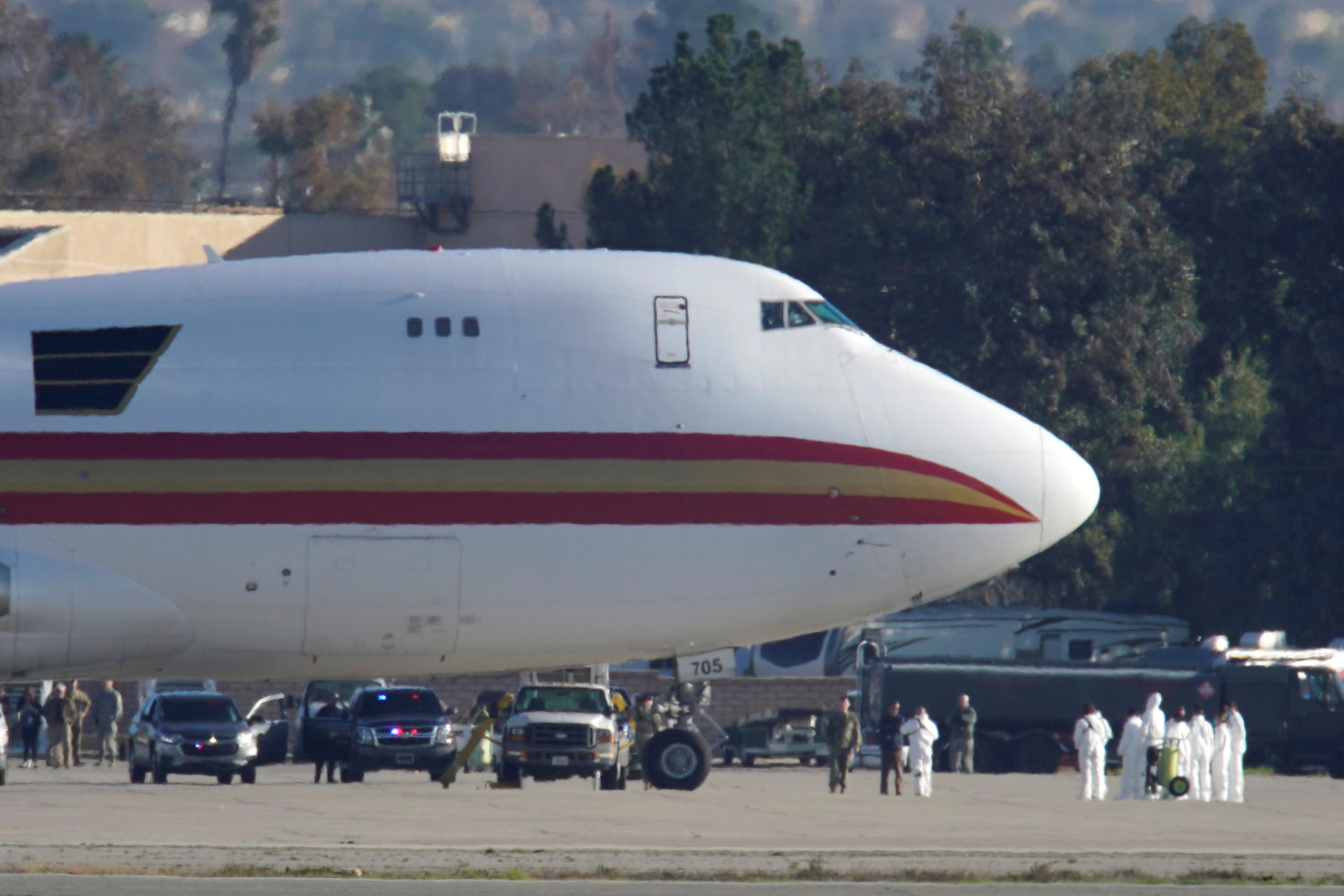 WASHINGTON (Reuters) – Two planes carrying about 350 Americans out of Wuhan, China, arrived at a U.S. military base in California on Wednesday, in Washington’s latest effort to bring its citizens home from the epicenter of the fast-spreading coronavirus outbreak.

The U.S. travelers on two State Department-chartered flights will be quarantined for 14 days after landing, the U.S. Defense Department said in a statement.

The jets landed at Travis Air Force Base, about midway between San Francisco and Sacramento, several local media reported, showing images of two planes on the tarmac.

One of the planes will continue on to Miramar Marine Corps Air Station in San Diego after refueling, the Pentagon said. Itwas due to arrive at Miramar between 6 a.m. and 9 a.m. Pacific time (between 1400 and 1700 GMT), a Marine Corps spokesman said in a statement.

The State Department separately said it may stage additional flights on Thursday but gave no other details.

KGO television showed video of people in white coverall suits getting off the plane in the predawn darkness at Travis Air Force Base.

The evacuees will be housed in a hotel on the base, the base said in a statement on its Facebook page.

“A safety cordon will be established, away from residential housing, to ensure the Travis mission can safely continue, the privacy of the evacuees can be enforced,” the statement said.

The United States and other countries are seeking to evacuate their citizens from China, where the coronavirus outbreak has killed 490 people and infected more than 23,000. Two deaths have been reported outside of the mainland.

U.S. health officials have reported 11 confirmed cases of the virus in the United States so far, including two person-to-person transmissions.

The Trump administration declared a public health emergency on Jan. 31, and announced the extraordinary measures of barring the entry of foreign nationals who have recently visited China and imposing a mandatory two-week quarantine for travelers from China’s most affected province of Hubei.

The State Department issued a “Do Not Travel” to China advisory to U.S. citizens, advising them to return on commercial flights if possible, though many commercial airlines have suspended flights to or from major Chinese cities.

Nearly 200 Americans were evacuated late last month, mostly U.S. diplomats and their families, and were flown to March Air Force Base east of Los Angeles.