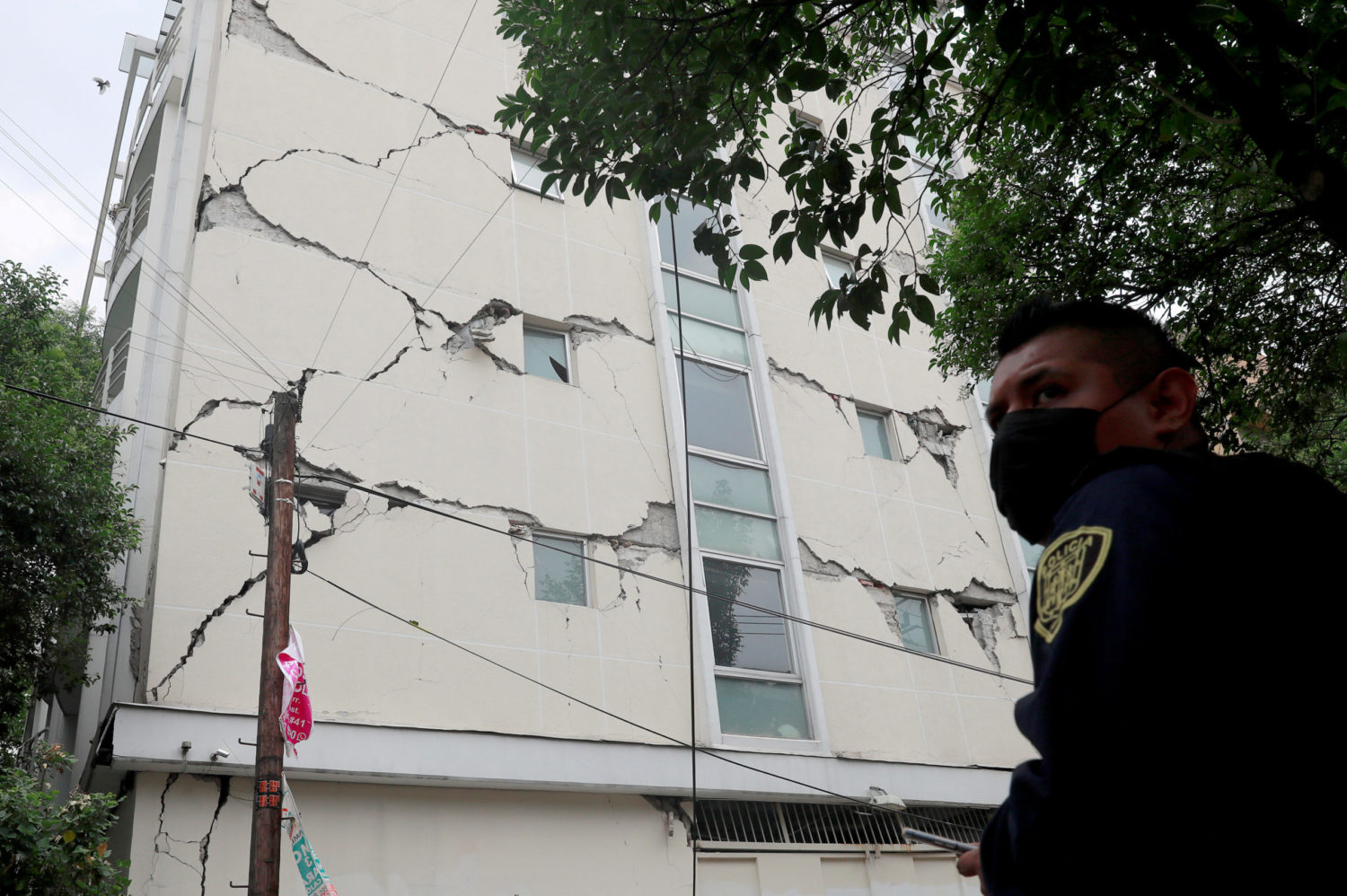 OAKLAND, Calif. (Reuters) – Alphabet Inc’s Google’s Android phones on Tuesday started detecting earthquakes around the world to provide data that could eventually give billions of users precious seconds of warning of a tremor nearby, with an alerting feature first rolling out in California.

Japan, Mexico and California already use land-based sensors to generate warnings, aiming to cut injuries and property damage by giving people further away from the epicenter of an earthquake seconds to protect themselves before the shaking starts.

If Google’s approaches for detecting and alerting prove effective, warnings would reach more people, including for the first time Indonesia and other developing countries with few traditional sensors.

Seismology experts consulted by Google said turning smartphones into mini-seismographs marked a major advancement, despite the inevitably of erroneous alerts from a work in progress, and the reliance on a private company’s algorithms for public safety. More than 2.5 billion devices, including some tablets, run Google’s Android operating system.

“We are on a path to delivering earthquake alerts wherever there are smartphones,” said Richard Allen, director of University of California Berkeley’s seismological lab and visiting faculty at Google over the last year.

Google’s program emerged from a week-long session 4-1/2 years ago to test whether the accelerometers in phones could detect car crashes, earthquakes and tornadoes, said principal software engineer Marc Stogaitis.

Accelerometers – sensors that measure direction and force of motion – are mainly used to determine whether a user is holding a phone in landscape or portrait mode.

The company studied historical accelerometer readings during earthquakes and found they could give some users up to a minute of notice.

Android phones can currently separate earthquakes from vibrations caused by thunder or the device dropping only when the device is charging, stationary and has user permission to share data with Google.

If phones detect an earthquake, they send their city-level location to Google, which can triangulate the epicenter and estimate the magnitude with as few as several hundred reports, Stogaitis said.

The system will not work in regions including China where Google’s Play Services software is blocked.

Google expects to issue its first alerts based on accelerometer readings next year. It also plans to feed alerts for free to businesses that want to automatically shut off elevators, gas lines and other systems before the shaking starts.

To test its alerting abilities, Google is drawing in California from traditional government seismograph readings to alert Android users about earthquakes, similar to notifications about kidnappings or flooding.

People expected to experience strong shaking would hear a loud dinging and see a full-screen advisement to drop, cover and hold on, Stogaitis said. Those further away would get a smaller notification designed not to stir them from their sleep, while people too close to be warned will get information about post-quake safety, such as checking gas valves.

Alerts will trigger for earthquakes magnitude 4.5 or greater, and no app download is necessary.

Stogaitis also said Google has not discussed its plans with Apple Inc, whose competitor to Android comprises half the market in countries including the United States. 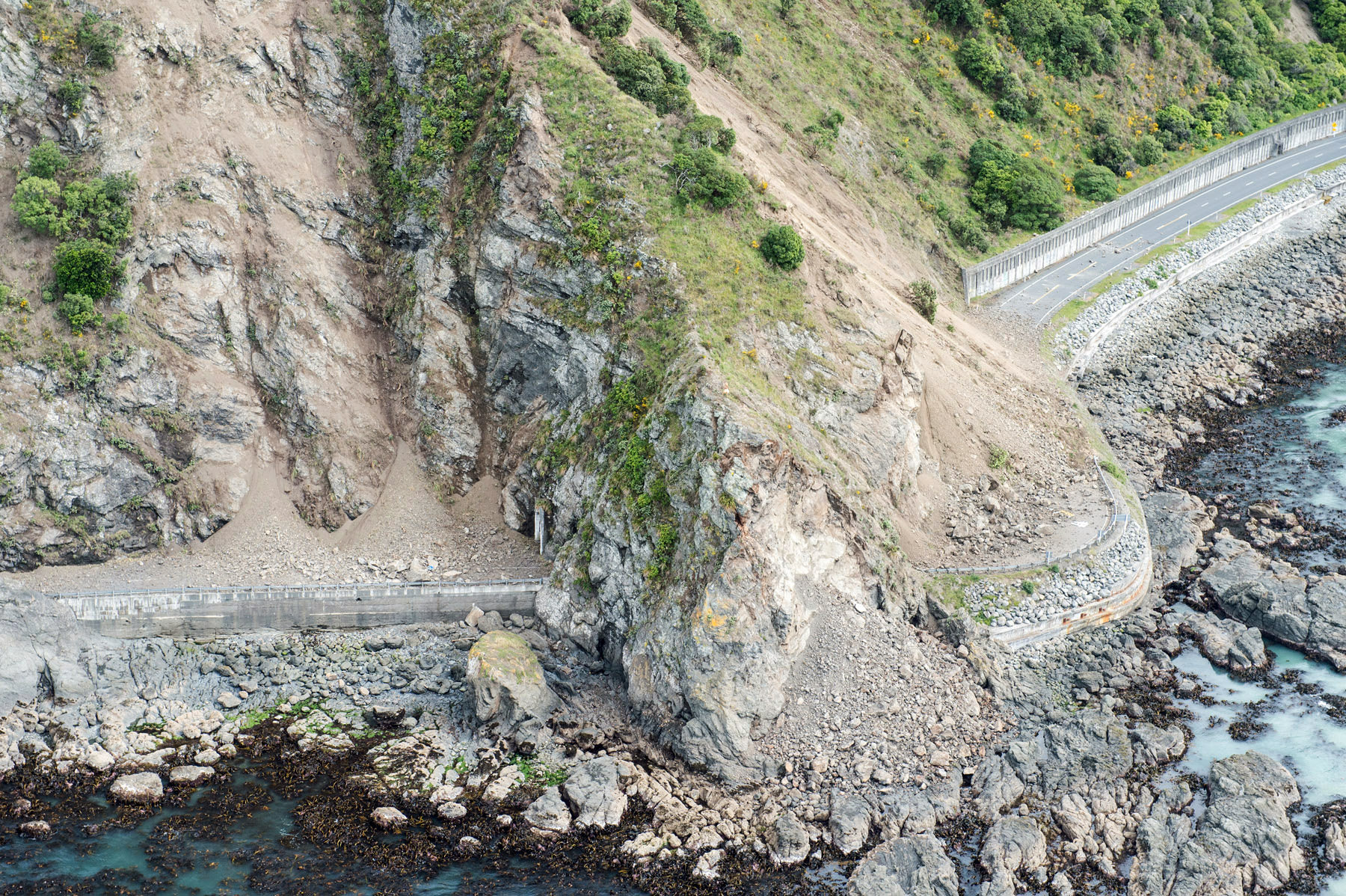 By Charlotte Greenfield and Greg Stutchbury

Emergency response teams flew by helicopter to the region at the epicenter of the tremor, which struck just after midnight some 91 km (57 miles) northeast of Christchurch in the South Island, amid reports of injuries and collapsed buildings.

He described landslips in the area as “just horrendous”. In a statement seen by Reuters, Key said of the likely damage bill: “You’ve got to believe it’s in the billions of dollars to resolve.”

Powerlines and telecommunications were down, with huge cracks in roads, land slips and other damage to infrastructure making it hard to reach the worst-affected areas.

A tsunami warning that led to mass evacuations after the original quake was downgraded after large swells hit New Zealand’s capital Wellington, in the North Island, and Christchurch.

Wellington was a virtual ghost town with workers ordered to stay away while the city council assessed the risk to buildings, several of which were damaged by the tremor. There were concerns that loose glass and masonry could be dislodged by severe weather hitting the capital, with 140 km per hour (85 mph) winds forecast.

Hundreds of aftershocks, the strongest a 6.2 quake at about 1.45 p.m. local time (0045 GMT), rattled the South Pacific country, fraying nerves in an area where memories of a deadly 2011 quake are still fresh.

Christchurch, the largest city on New Zealand’s ruggedly beautiful South Island, is still recovering from the 6.3 quake in 2011 that killed 185 people.

New Zealand’s Civil Defence declared a state of emergency for the Kaikoura region, centered on a tourist town about 150 km (90 miles) northeast of Christchurch, soon after Monday’s large aftershock.

Kaikoura, a popular spot for whale watching, appeared to have borne the brunt of the quake.

“Our immediate priority is ensuring delivery of clean water, food and other essentials to the residents of Kaikoura and the estimated 1,000 tourists in the town,” Brownlee said.

The Navy’s multi-role vessel HMNZS Canterbury was heading to the area, he said.

Urban Search and Rescue (USAR) said a 20-person rescue team and two sniffer dogs had arrived in the town. A second team was on standby in Christchurch, USAR said in a statement.

Police in the area around Christchurch reported 19 burglaries of homes and commercial properties after the quake as residents headed for higher ground.

“It is extremely disappointing that at a time when people are facing such a traumatic event and communities are coming together to support one another, there are others who are only interested in taking advantage,” Canterbury District Commander Superintendent John Price said in a statement.

Hours after the quake, officials said a slip dam caused by the quakes that had blocked the Clarence River north of the town had breached, sending a wall of water downstream.

A group of kayakers missing on the river was later reported safe.

New Zealand’s Geonet measured Monday’s first quake at magnitude 7.5, while the U.S. Geological Survey put it at 7.8. The quakes and aftershocks rattled buildings and woke residents across the country, hundreds of kilometers from the epicenter.

Geonet said four faults had ruptured, with one at the coast appearing to have slipped as much as 10 meters (33 feet).

Government research unit GNS Science said the overnight tremor appeared to have been two simultaneous quakes which together lasted more than two minutes.

New Zealand lies in the seismically active “Ring of Fire”, a 40,000 km arc of volcanoes and oceanic trenches that partly encircles the Pacific Ocean. Around 90 percent of the world’s earthquakes occur within this region.

Stock exchange operator NZX Ltd said markets traded normally, although many offices in the capital were closed. The New Zealand dollar initially fell to a one-month low before mostly recovering.

Fonterra, the world’s biggest dairy exporter, said some its farms were without power and would likely have to dump milk.

Prime Minister Key postponed a trip to Argentina, where he had planned to hold a series of trade meetings ahead of the Asia-Pacific Economic Cooperation (APEC) leaders’ summit in Peru this week, as he met disaster officials.

At least one of those killed was found in a house in Kaikoura that “collapsed like a stack of cards”, Kaikoura Hospital’s Dr Christopher Henry told Fairfax media. Two other people were pulled alive from the same building.

New Zealand media reported one of the pilots taking rescuers to the area was Richie McCaw, the recently retired captain of New Zealand’s world champion All Blacks rugby team.

“At one point, the railway was way out over the sea – it had been pushed out by (land) slips. It would not have been a nice place to be at midnight last night,” McCaw told the New Zealand Herald after helping fly the USAR team to Kaikoura.

QUITO (Reuters) – A shallow earthquake with a magnitude of 6.4 struck Ecuador’s northwest coast on Sunday, in the region of April’s deadly quake, the U.S. Geological Survey (USGS) said.

The quake was centered near the town of Esmeraldas, northwest of the capital Quito, at a depth of about 35 km (22 miles), the USGS said.

The Pacific Tsunami Warning Center did not issue a tsunami warning immediately after the quake.

President Rafael Correa said authorities had not received any reports of casualties or material damage.

“We must remain calm,” Correa said during a telephone call to a state-run television station.

“These are normal replicas, though the fear that people feel is understandable – especially the victims of the April 16 quake.”

The tremor was felt in Quito and the coastal business hub of Guayaquil, with residents streaming out of buildings into the streets, according to witnesses.

Calm quickly returned to both cities after residents saw that no damage had been done.

The coastal region has been hit by a series of quakes since the April 7.8 tremor that killed more than 650 people, the nation’s strongest quake in decades.

In May, two successive quakes measuring 6.7 and 6.8 in magnitude killed one person and caused minor damage.