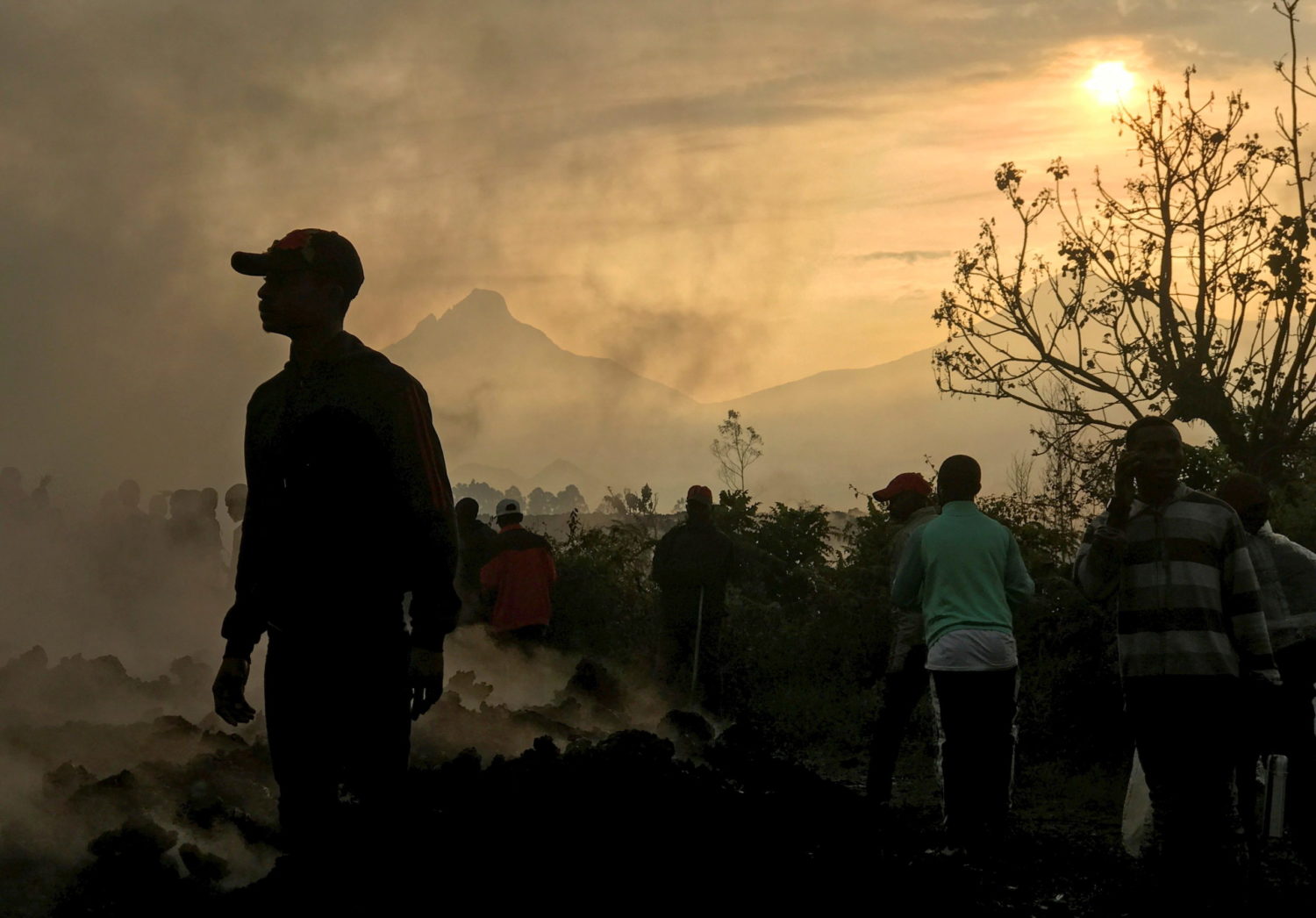 Less than a week after the initial eruption on May 22, which only just stopped short of the city limits, some 400,000 people scrambled to leave when the government warned underground tremors could cause a new eruption, or trigger the release of toxic gases.

The tremors have since subsided, and many people have returned to Goma. About 245,000 remain displaced in nearby towns and villages, according to the latest survey by the International Organization for Migration (IOM).

The government said it would provide buses and trucks beginning on Tuesday to help people return.

But Prime Minister Jean-Michel Sama Lukonde told journalists that sites on the outskirts of Goma that were destroyed by the eruption could no longer be inhabited.

“We must learn from the 2002 and 2021 eruptions so that our populations are never again so close to danger,” Lukonde said.

Mount Nyiragongo, one of the world’s most active volcanoes, had last erupted in 2002, killing more 200 people and sending lava gushing through Goma. Last month’s eruption killed at least 31.

On Saturday, the government re-opened Goma’s airport, which is eastern Congo’s main hub for delivering aid to the strife-torn region.

People made homeless by the eruption would be temporarily rehoused and given assistance to rebuild, the government said in a statement. 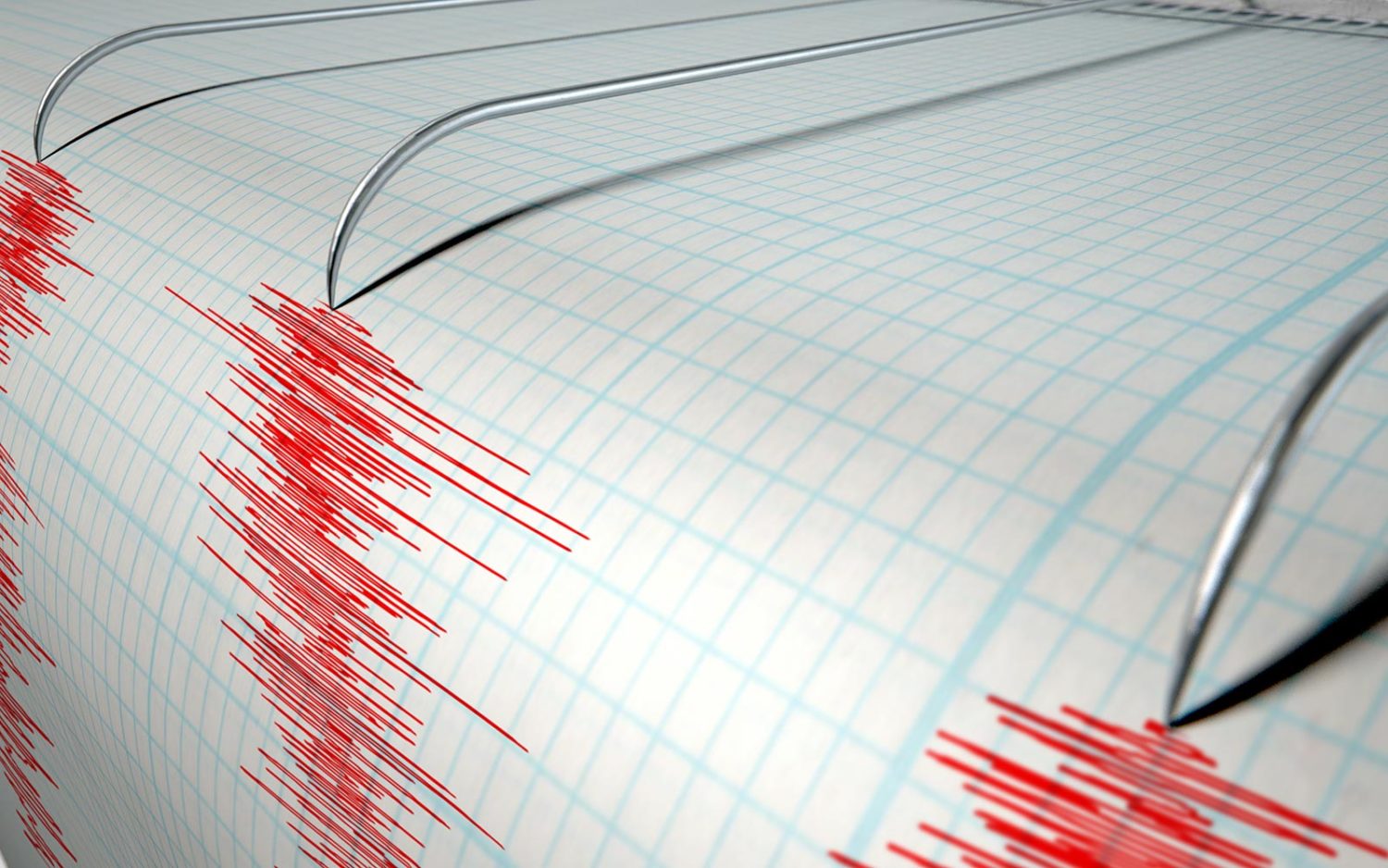 SANTIAGO (Reuters) – More than 30,000 tremors have rocked Antarctica since the end of August, according to the University of Chile, a spike in seismic activity that has intrigued researchers who study the remote, snowbound continent.

Scientists with the university’s National Seismological Center said the small quakes – including one stronger shake of magnitude 6 – were detected in the Bransfield Strait, a 60-mile wide (96-km) ocean channel between the South Shetland Islands and the Antarctic Peninsula.

Several tectonic plates and microplates meet near the strait, leading to frequent rumbling, but the past three months have been unusual, according to the center.

“Most of the seismicity is concentrated at the beginning of the sequence, mainly during the month of September, with more than a thousand earthquakes a day,” the center said.

The shakes have become so frequent that the strait itself, once increasing in width at a rate of about 7 or 8 mm (0.30 inch) a year is now expanding 15 cm (6 inches) a year, the center said.

“It’s a 20-fold increase … which suggests that right this minute … the Shetland Islands are separating more quickly from the Antarctic peninsula,” said Sergio Barrientos, the center’s director.

The peninsula is one of the fastest-warming places on Earth, and scientists closely monitor the changing climate’s impact on its icebergs and glaciers.

But climate scientist Raul Cordero of the University of Santiago said it was not yet clear how the tremors might be affecting the region’s ice.

“There’s no evidence that this kind of seismic activity … has significant effects on the stability of polar ice caps,” Cordero told Reuters. 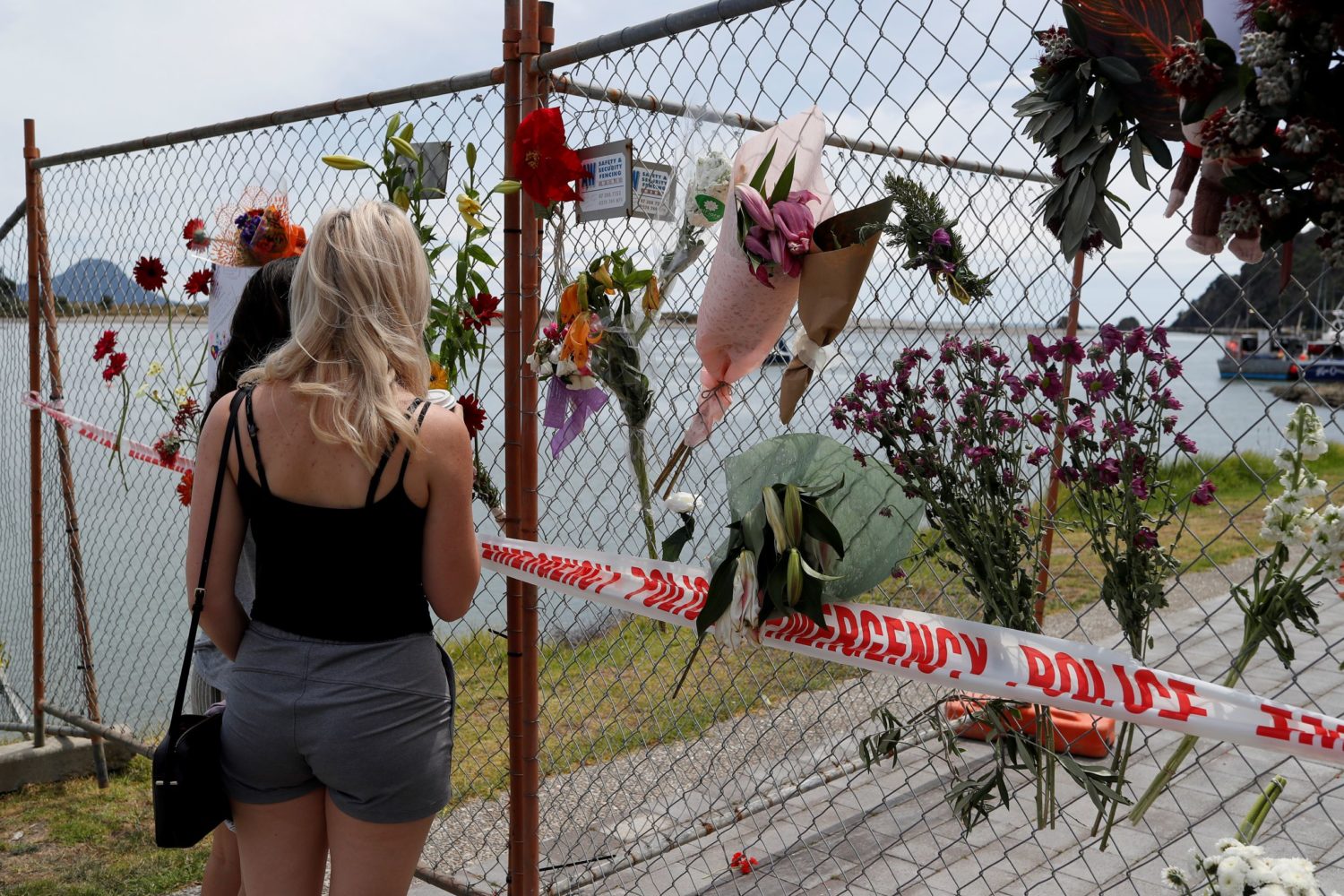 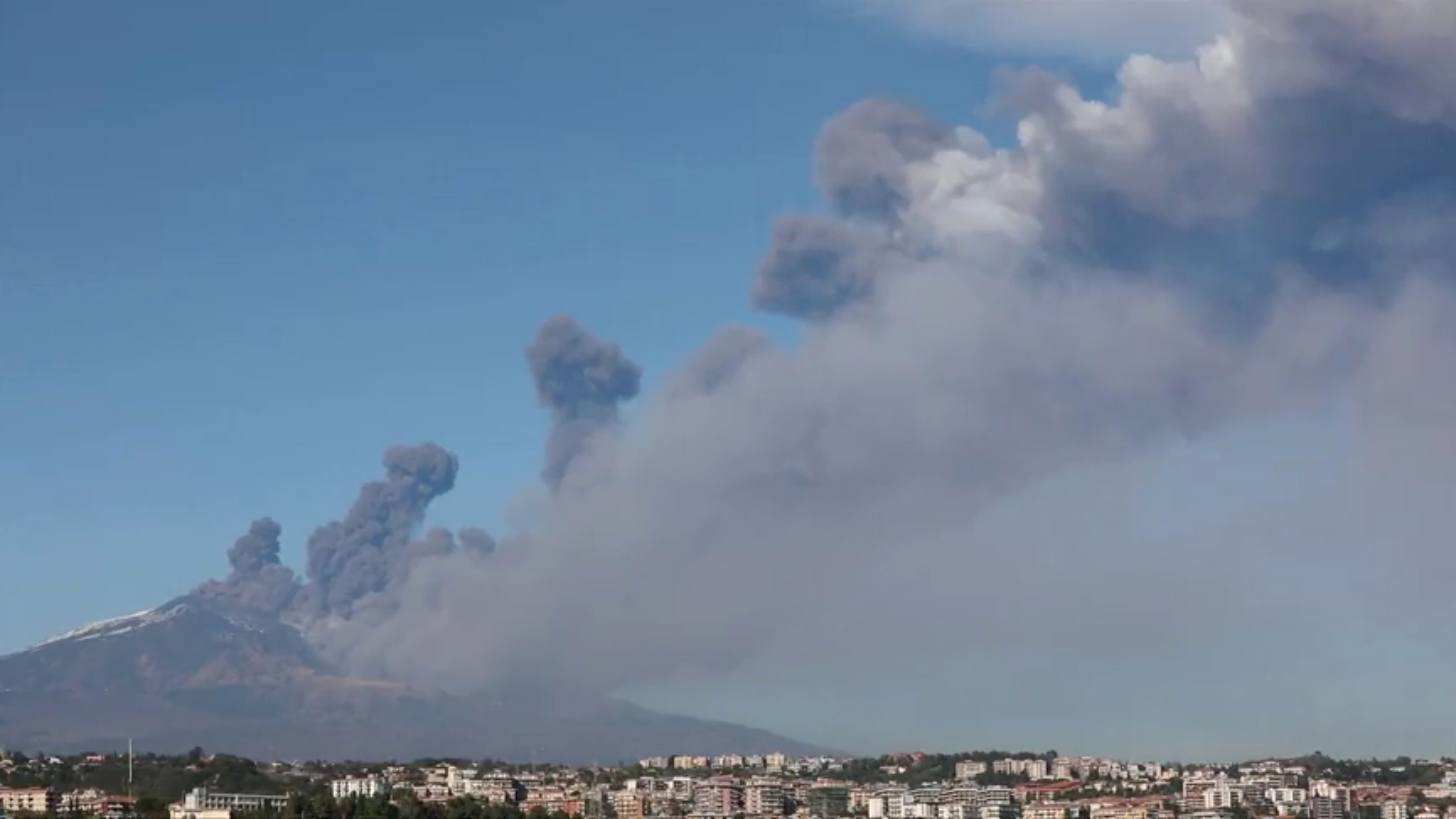 CATANIA, Italy (Reuters) – Italy’s Mount Etna, Europe’s highest and most active volcano, erupted on Monday, sending a huge column of ash into the sky and causing the closure of Catania airport on Sicily’s eastern coast.

A chain of around 130 earth tremors have rocked the volcano since around 0800 GMT on Monday, Italy’s National Institute for Geophysics and Volcanology said, with the strongest posting a magnitude of 4.0.

There were no reports of any injuries.

The 3,330 meter high volcano can burst into spectacular action several times a year, spewing lava and ash high over the Mediterranean island. The last major eruption was in 1992. 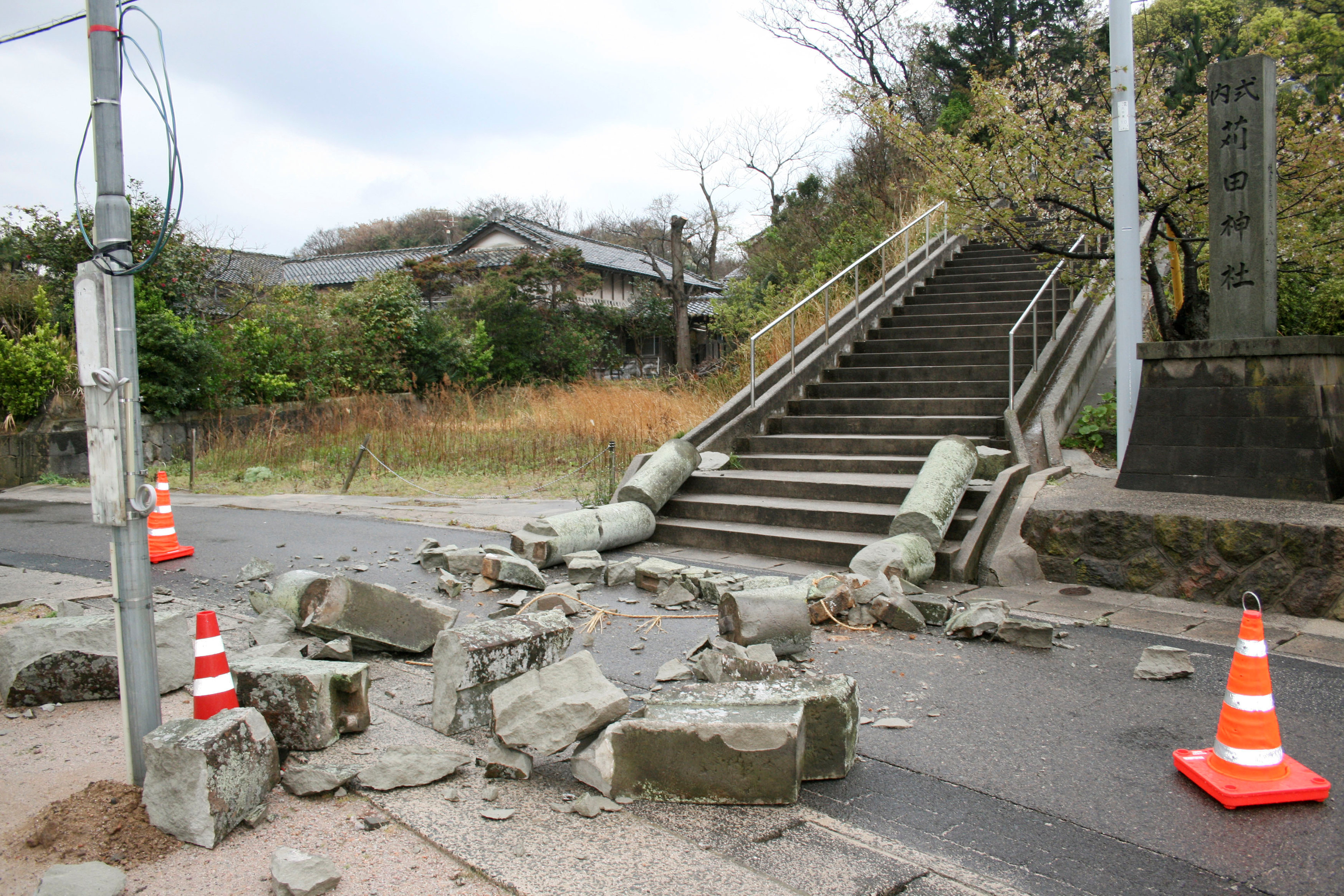 TOKYO (Reuters) – A series of shallow earthquakes shook parts of western Japan on Monday and authorities warned that further strong shaking is possible over the coming days.

A quake at 1632 GMT measured at magnitude 5.8 by the Japan Meteorological Agency (JMA), at a depth of 10 kms (7.5 miles), causing strong shaking in parts of Shimane prefecture on the Sea of Japan coast.

Shaking of that intensity can cause walls to collapse, open cracks in the ground and trigger landslides. The United States Geological Service Survey (USGS) measured the initial quake at magnitude 5.6 at a depth of 7 kms.

A JMA official warned at a press briefing that the region could experience further jolts over the next week, particularly in the coming two or three days.

No injuries have so far been reported as a result of the earthquakes, public broadcaster NHK said. 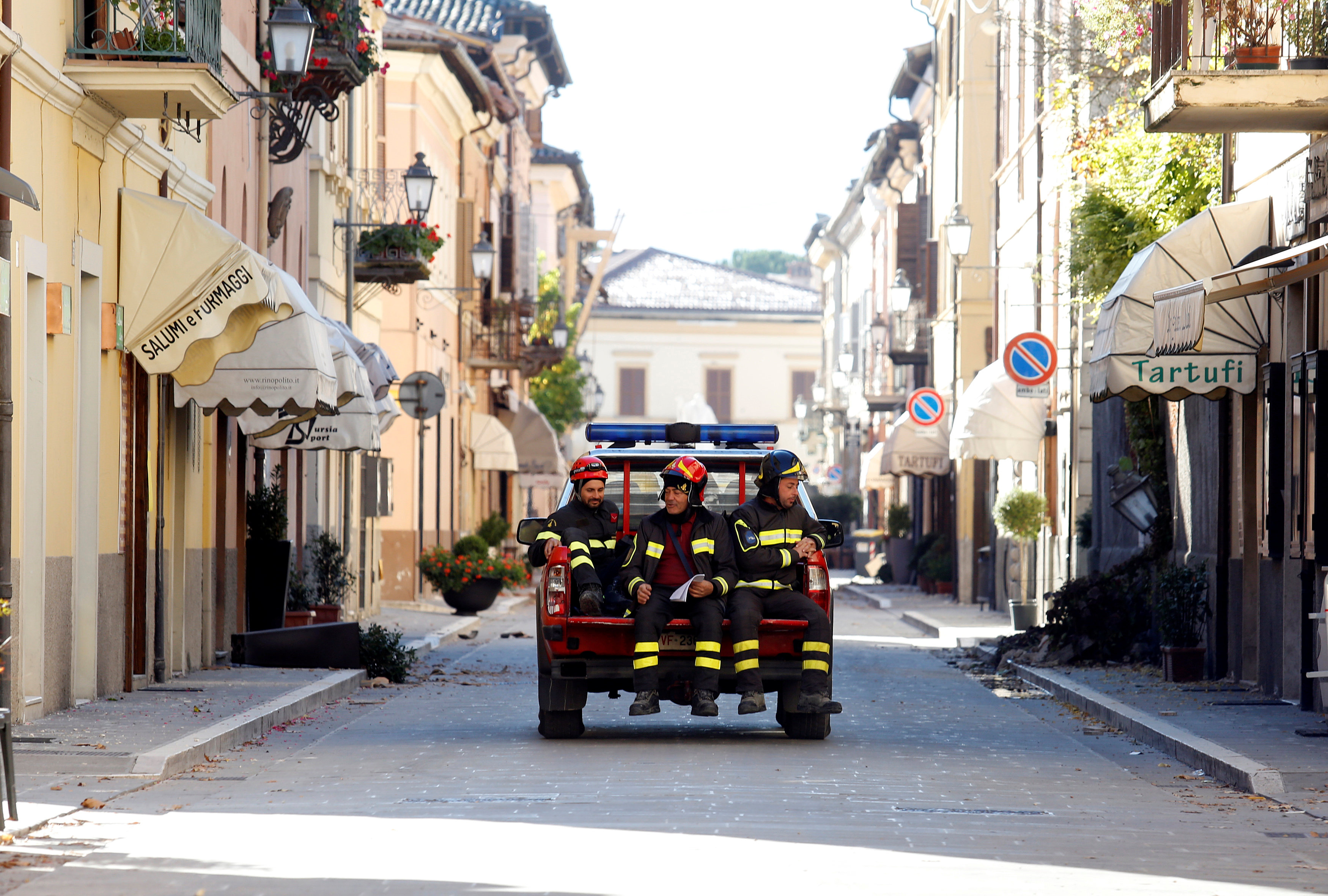 ROME (Reuters) – A strong earthquake hit the same area of central Italy on Thursday that has already been battered by a spate of recent tremors, but there were no reports of casualties or further serious damage.

The U.S. Geological Survey (USGS) initially measured the quake at 5.0 but later revised it to 4.8. Its epicenter was in the Marche region, one of three areas hit repeatedly since August.

Nearly 10 hours after the latest quake, there were no reports of casualties, injuries or serious damage to buildings already weakened by previous tremors.

Earthquakes measuring 5.5 and 6.1 hit the area on Oct. 26, followed by a 6.6 magnitude quake on Sunday, the biggest tremor to strike Italy for 36 years.

The recent quakes have reshaped more than 600 square km (230 square miles) of land, lowering areas around the epicenter by up to 70 cm (28 inches), according to data released by Italy’s National Institute for Geophysics and Volcanology (INGV)..

Central Italy was hit by an initial earthquake on Aug. 24 that killed 300 people, most of them in the town of Amatrice. Since then, some 21,600 aftershocks have battered the region, the INGV said, driving most residents from their homes.

(Reporting by Philip Pullella in Rome and Sandra Maler in Washington; Editing by Tom Heneghan)