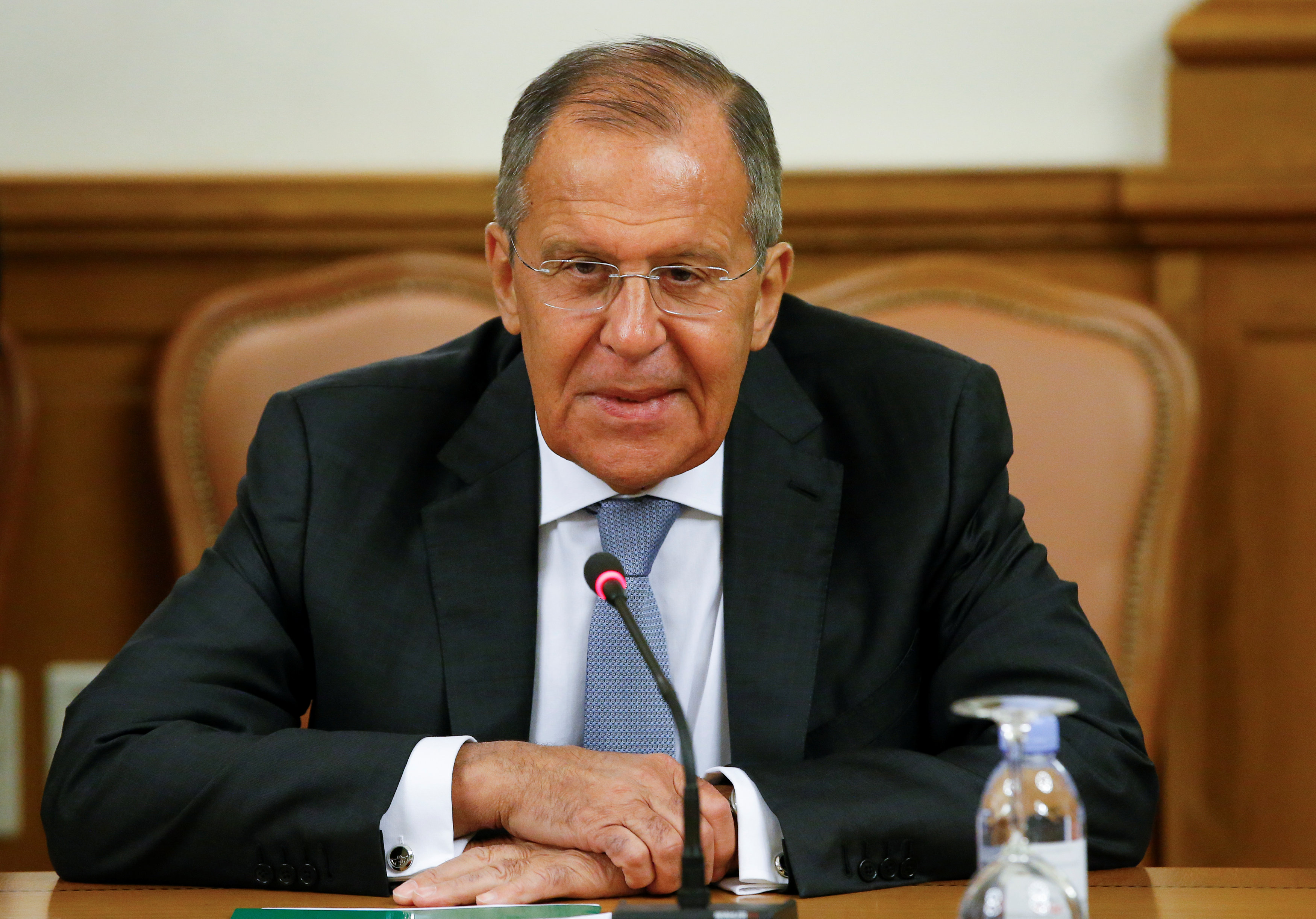 MOSCOW/BEIRUT (Reuters) – Russia said on Monday only Syrian army troops should be on the country’s southern border with Jordan and Israel, after Washington warned of “firm measures” over truce violations in the region.

The United States has voiced concern about reports of an impending Syrian army offensive in a “de-escalation zone” in the southwest, warning Damascus it would respond to breaches.

“Of course, the withdrawal of all non-Syrian forces must be carried out on a mutual basis, this should be a two-way street,” Russian Foreign Minister Sergei Lavrov told a news conference in on Monday.

“The result of this work which should continue and is continuing should be a situation when representatives of the Syrian Arab Republic’s army stand at Syria’s border with Israel,” he said.

Jordan said on Monday it was discussing south Syria with Washington and Moscow, and all three agreed on the need to preserve the ceasefire, which reduced violence since they brokered it last year.

Israel has raised the alarm about Iran’s expanding clout in the seven-year conflict, calling on Monday for its arch-foe to be denied any military presence in Syria. Washington has also demanded Tehran withdraw all forces under its command from Syria.

“We believe that there is no place for any Iranian military presence, anywhere in Syria,” Prime Minister Benjamin Netanyahu told his parliamentary faction on Monday.

This month, Israel said it launched intensive airstrikes in Syria after what it described as Iranian rocket fire from the south into the Golan.

A senior Israeli official made clear that Netanyahu’s government would not deem the exclusion of Iranian forces from the border region sufficient.

“When you consider the advanced weapon systems – surface to surface missiles and anti aircraft systems – that the Iranians want to deploy in Syria, it becomes clear that they must be prevented from doing so in all of Syria and not only within a limited distance from the Israeli border,” Chagai Tzuriel, director-general of the intelligence ministry, told Reuters.

Moscow, Syrian President Bashar al-Assad’s ally, brokered a string of de-escalation zones for insurgent enclaves last year, though fighting raged on in some. With the support of Russia and Iran, the Syrian army mounted an offensive on the eastern Ghouta enclave and seized it in April.

The southwest region is home to tens of thousands of people and forms a center of the insurgency.

Syrian state media has reported leaflet drops on rebel territory there urging fighters to accept government rule, and a UK-based monitor has reported army movements into the south – two signs of a potential military offensive.