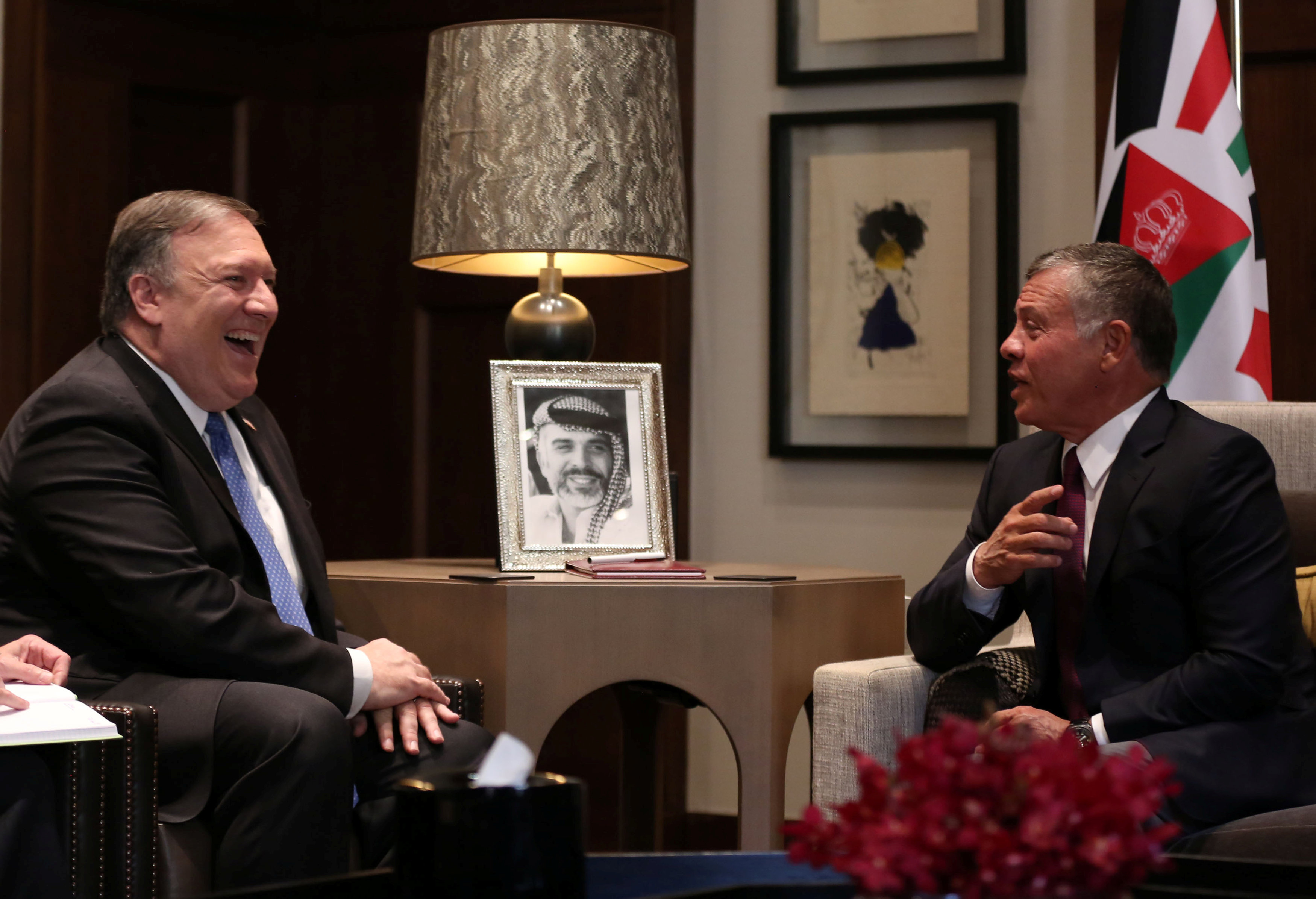 AMMAN (Reuters) – U.S. Secretary of State Mike Pompeo suggested on Monday he was open to a two-state solution to the Israeli-Palestinian dispute, saying a “two-party solution” was likely in his first extensive comments on peace efforts since taking the job last week.

“With respect to the two-state solution, the parties will ultimately make the decision. We are certainly open to a two-party solution as a likely outcome,” he said at a news conference in Jordan after a visit to Israel.

U.S. President Donald Trump has said he would support a two-state solution if the two sides agree. The White House is preparing a new Israeli-Palestinian peace plan.

Palestinians have rejected U.S. peace-making efforts since Trump decided to recognize Jerusalem as Israel’s capital and move its embassy to the city, wanted by Palestinians as capital of their own state.

Amman was Pompeo’s last stop before he returns to Washington DC, where he has not yet entered the State Department. Moments after being sworn in as Secretary of State on Thursday, Pompeo immediately left for a meeting in Brussels, followed by a visit to allies in the Middle East.

“(The Mideast peace) is an incredible priority for the United States to provide whatever assistance we can to allow the two parties to come to a resolution on this incredibly long standing and important conflict,” Pompeo said, standing alongside Jordanian Foreign Minister Ayman Safadi.

Pompeo also made his first comments on the violence along the Israel-Gaza Strip border, where Israeli troops shot and killed three Palestinians in two separate incidents on Sunday after a month of Palestinian protests.

“We do believe the Israelis have a right to defend themselves,” he said.

Turning to Syria, he said the United States was “in perfect accord” with Jordan on Syria, including the preservation of a “de-escalation zone” in the south.

Pompeo said: “We believe there are many countries, including the United States, who will play an important political role in achieving the de-escalation and ultimate political resolution in Syria”.