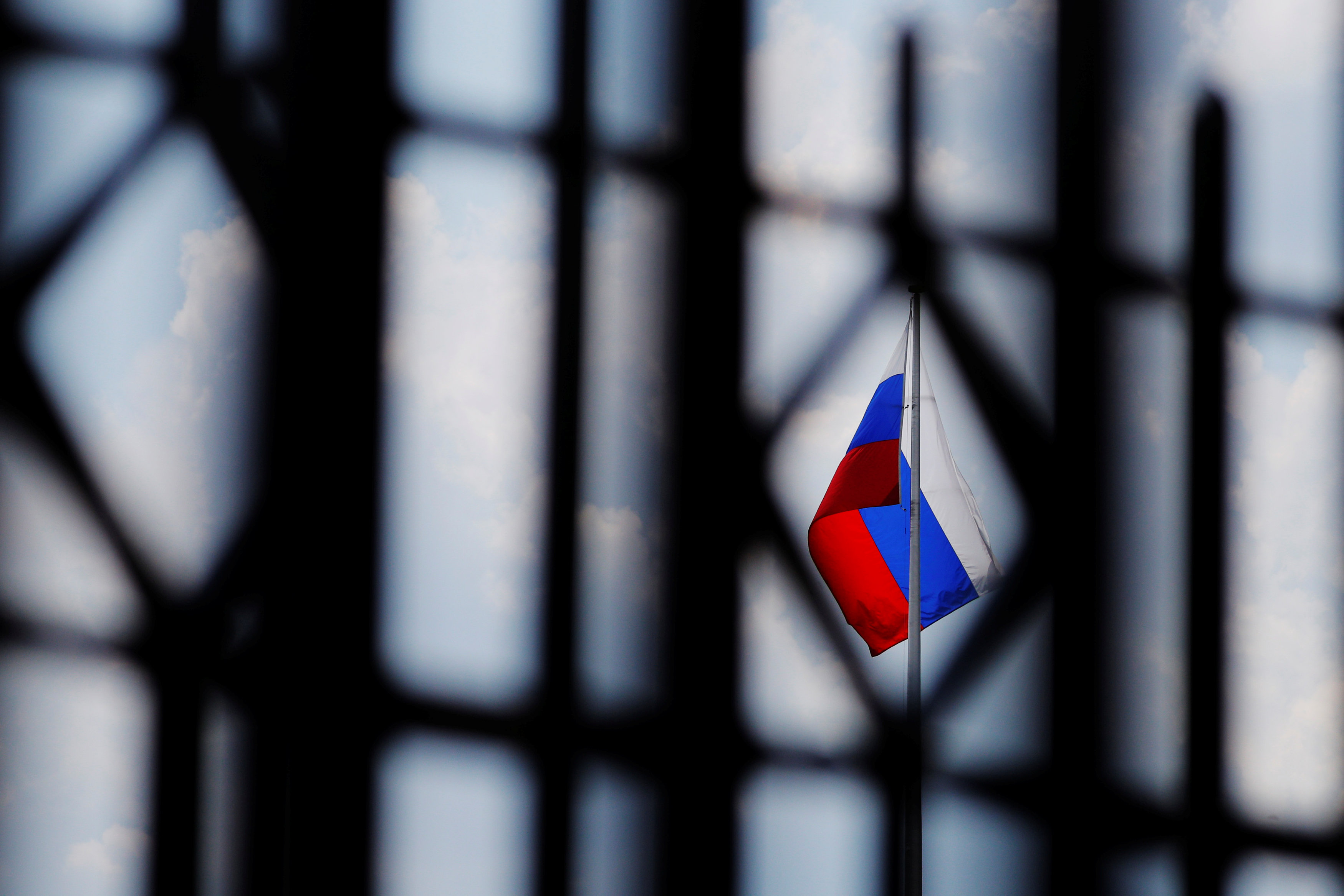 By Lisa Lambert and Lesley Wroughton

WASHINGTON (Reuters) – U.S. sanctions against Russia tied to a nerve agent attack in Britain, which were announced earlier this month, will come into effect on Monday, the U.S. government said on Friday, adding to the array of economic penalties it has imposed on Moscow in recent years.

The new measures, detailed in a notice posted at the Federal Register, will terminate foreign assistance and some arms sales and financing to Russia, as well as deny the country credit and prohibit the export of security-sensitive goods and technology.

Russia’s Foreign Ministry said the sanctions will only create more tension between the two countries, the RIA news agency reported on Friday.

Although President Donald Trump has often said he would like better ties with his Russian counterpart, Vladimir Putin, Washington’s relations with Moscow are at a low – frayed by U.S. allegations Russia interfered in its 2016 presidential election, and by disagreements over Russia’s 2014 annexation of Crimea and its role in the Syrian civil war.

Plans to impose the latest sanctions were announced by the Trump administration on Aug. 8, a response to what the State Department said was Moscow’s use of a nerve agent against a former Russian agent and his daughter in Britain in March.

Sergei Skripal, a former colonel in Russia’s GRU military intelligence service, and his 33-year-old daughter, Yulia, were found unconscious on a bench in the southern English city of Salisbury after a liquid form of the Novichok type of nerve agent was applied to the front door of his home. Both survived the attack.

Moscow has denied involvement in the attack. It has also denied meddling in the 2016 U.S. elections.

Trump’s national security adviser, John Bolton, said on Friday Moscow must change its ways before the United States will lift its already long list of sanctions.

The new measures will be published and come into effect on Aug. 27 and remain in place for at least one year, according to the notice in the Federal Register, a daily catalog of government agency actions. They are authorized by the 1991 Chemical and Biological Weapons and Warfare Elimination Act.

A second batch of penalties will be imposed after 90 days unless Russia gives “reliable assurance” that it would no longer use chemical weapons and allow on-site inspections by the United Nations or another international observer group.

Soon after the attack on the Skripals, Washington also showed solidarity with Britain and announced it would expel 60 Russian diplomats, joining governments across Europe in punishing the Kremlin.

(Reporting by Lisa Lambert and Lesley Wroughton in Washington; Additional reporting by Maxim Rodionov in Moscow and Pavel Polityuk in Kiev; Editing by Frances Kerry)