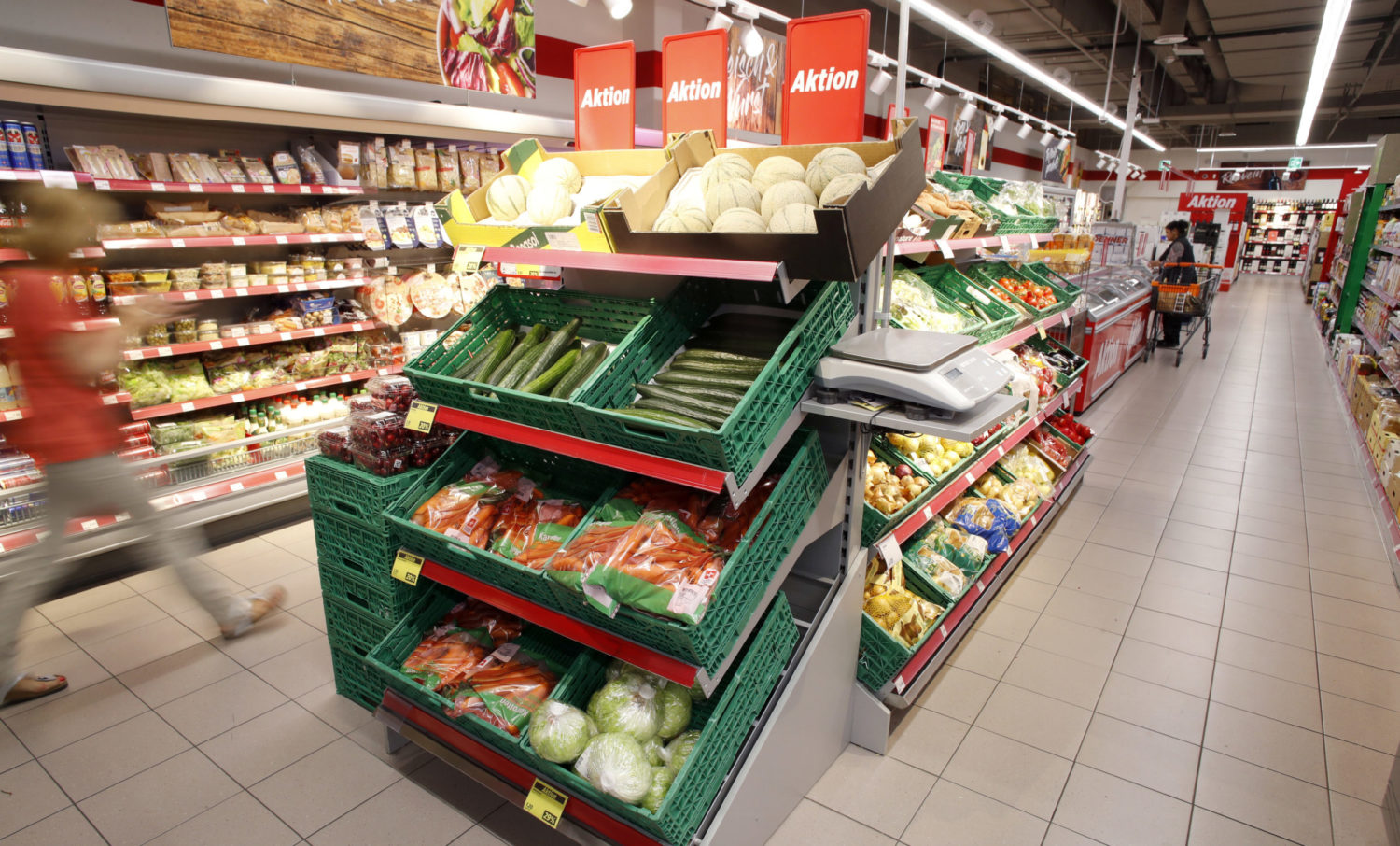 PARIS (Reuters) -Food imports costs across the world are expected to surge to record levels this year, piling pressure on many of the poorest countries whose economies have already been ravaged by the COVID-19 pandemic, the U.N. Food Agency said on Thursday.

These high costs may persist for a sustained period as nearly all agricultural commodities have become more expensive, while a rally in energy markets could raise farmers’ production costs, the Food and Agriculture Organization (FAO) said.

“The problem is not the world facing higher prices,” Josef Schmidhuber, deputy director of the FAO’s trade and markets division, told Reuters.

“The issue is vulnerable countries.”

The world’s food import bill, including shipping costs, is projected to reach $1.715 trillion this year, up 12% from $1.530 trillion in 2020, the FAO said in its twice-yearly Food Outlook report on Thursday.

While growth in agricultural trade during the pandemic has shown the resilience of international markets, price rises since late 2020 are raising risks for some import-dependent states, it added.

Nations classed as Low-Income Food-Deficit Countries by the FAO are forecast to see food import costs jump 20% this year, with tourism-reliant economies in a particularly precarious position, the agency said.

International aid organizations have already warned of rising numbers of malnourished people in the world as the pandemic has compounded food insecurity linked to conflict and poverty in states like Yemen and Nigeria.

A separate index of food import costs, including freight costs that have also soared, reached a record in March this year, surpassing levels seen during previous food price spikes in 2006-2008 and 2010-2012, the FAO said.

Inflationary pressures have led countries like Argentina and Russia to impose export curbs.

The FAO does not issue forecasts for its price index, but its import cost projection for 2021 assumed prices would stay high, Schmidhuber said.

“Eventually agriculture will come back to a normal situation but it will take some time,” he said.

A strong volume increase for staple food imports last year had already driven up global import costs by 3%, to a record high.

Exceptions were beverages and fish products, which are more sensitive to economic conditions and were hit by supply-chain difficulties, the FAO said.

China’s imports have been a driver of agricultural demand and prices in the past year, partly reflecting Beijing’s efforts to rebuild its pig industry after a disease outbreak.

Chinese maize (corn) imports in the upcoming 2021/22 season are set to rise to 24 million tonnes, the FAO forecast. This would mean China, expected to quadruple its maize imports to 22 million tonnes in 2020/21, would remain the world’s top importer of the cereal.

A recovery in Chinese pork output is expected to reduce global trade, offsetting growth in beef and poultry flows to leave overall meat trade stable this year, the FAO added. 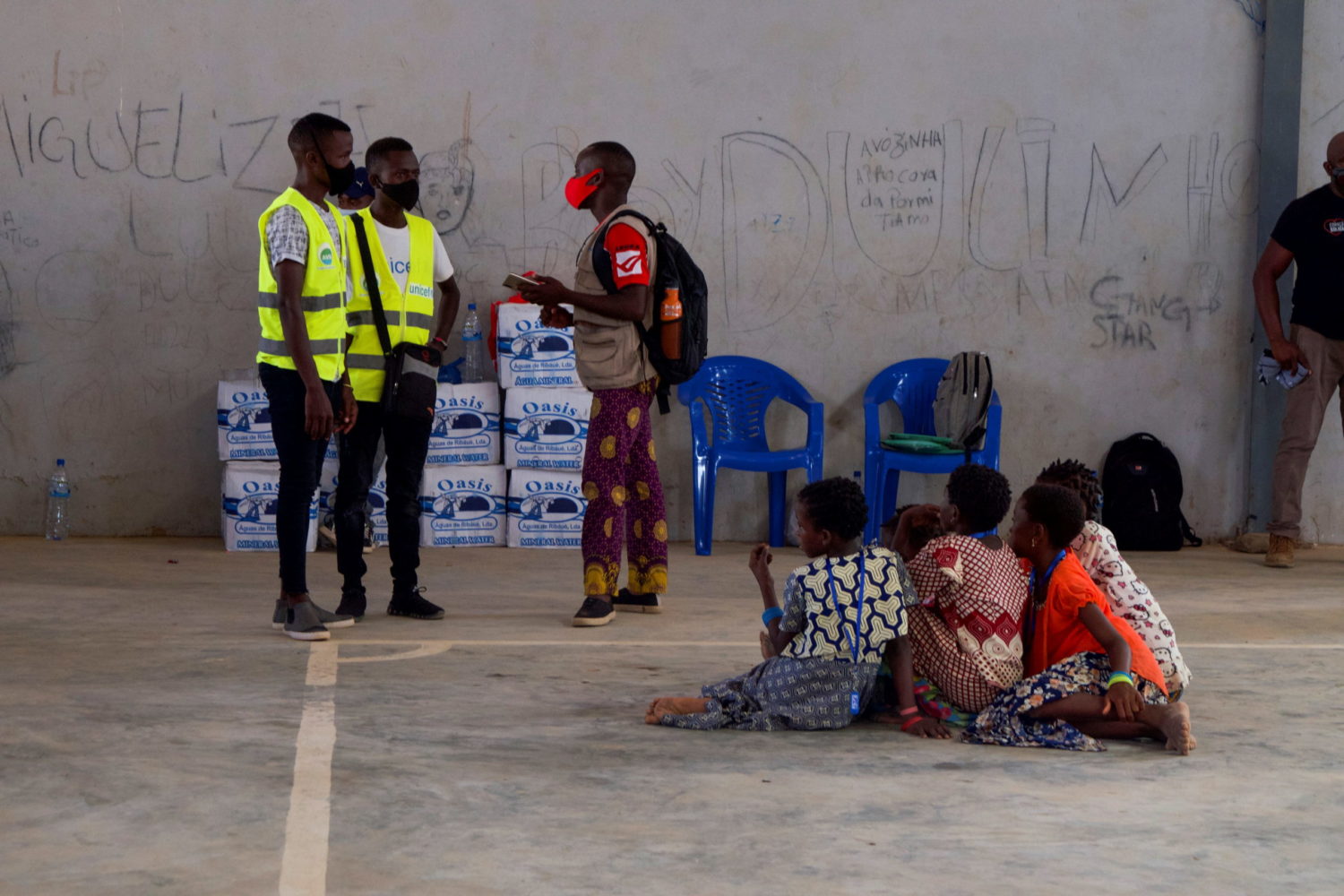 Islamic State-linked insurgents last month attacked Palma, a town in Cabo Delgado province next to gas projects under development by companies including Total and Exxon.

The World Food Program (WFP) said in a briefing in Geneva that 950,000 people are now hungry in Mozambique. It appealed to donors for $82 million to confront the crisis.

“Families and individuals have had to abandon their belongings and livelihoods and flee for safety…adding to an already desperate situation in Northern Mozambique,” WFP spokesman Tomson Phiri said.

The U.N. Children Fund’s director of emergencies, Manuel Fontaine, told the same briefing: “We are facing both a large and likely long-lasting humanitarian situation.”

The population in some towns had doubled or even tripled as displaced people arrived, he said.

About 690,000 people were already displaced across the country by February. A further 16,500 have since been registered in other areas of Cabo Delgado after fleeing the attack in Palma, the International Organization for Migration said.

Tens of thousands more are still displaced within Palma district or are on the move, the U.N. humanitarian coordination agency, OCHA, said on Monday

Many fled to a nearby village called Quitunda, built by French energy giant Total to house those displaced by its $20 billion gas project.

People there have little access to food, no protection and gather in their hundreds at Total’s site every day desperate for evacuation, a witness told Reuters. Total pulled its staff from the site due to nearby insurgent activity on April 2.

Total has also suspended operations in the provincial capital of Pemba, a source told Reuters. Total did not immediately provide a comment.

Mozambique’s Centre for Public Integrity said the government had failed to manage the crisis, relying mostly on aid agencies to provide support for those fleeing the violence. Many stayed in war zones as they had no means to reach safer areas, it said.

Authorities are still working to identify 12 beheaded bodies found in Palma after the attack, which both police and army officials said were believed to be foreigners.

Mozambique’s population is mostly Christian. Cabo Delgado is one of only a few provinces that have a Muslim majority.

The country remains one of Africa’s poorest and underdeveloped despite its natural resources, and the Islamist insurgency is a rapidly growing threat after a few years of relative peace following a succession of wars. 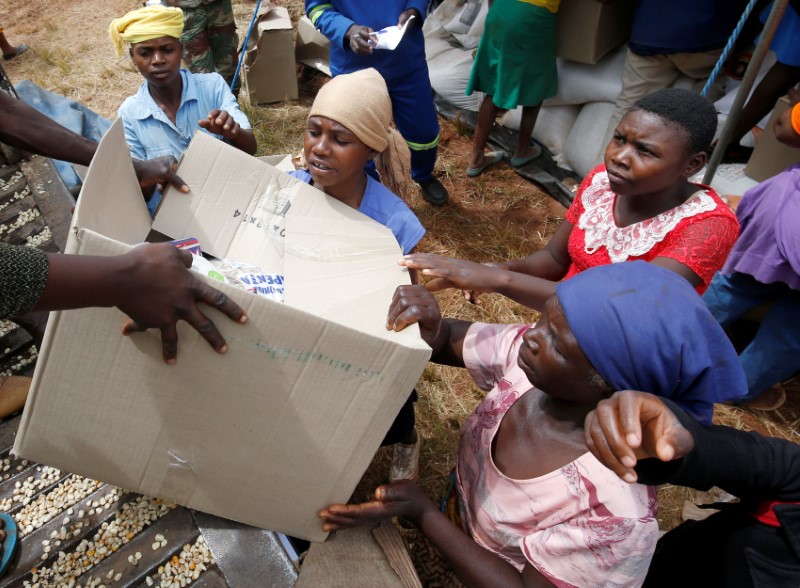 Southern Africa is in the grips of a severe drought, as climate change wreaks havoc in impoverished countries already struggling to cope with extreme natural disasters, such as Cyclone Idai which devastated Mozambique, Zimbabwe and Malawi in 2019.

Zimbabwe, once the breadbasket of southern Africa, is experiencing its worst economic crisis in a decade, marked by soaring inflation and shortages of food, fuel, medicines and electricity.

“This hunger crisis is on a scale we’ve not seen before and the evidence shows it’s going to get worse,” the WFP’s Regional Director for Southern Africa, Lola Castro, said in a statement.

“The annual cyclone season has begun and we simply cannot afford a repeat of the devastation caused by last year’s unprecedented storms.”

The agency plans to provide “lean season” assistance to 8.3 million people grappling with “crisis” or “emergency” levels of hunger in eight of the hardest-hit countries, which include Zimbabwe, Zambia, Mozambique, Madagascar, Namibia, Lesotho, Eswatini and Malawi.

To date, WFP has secured just $205 million of the $489 million required for this assistance and has been forced to resort heavily to internal borrowing to ensure food reaches those in need, it said.

In December, the United Nations said it was procuring food assistance for 4.1 million Zimbabweans, a quarter of the population of a country where shortages are being exacerbated by runaway inflation and climate-induced drought.

“Zimbabwe is in the throes of its worst hunger emergency in a decade, with 7.7 million people – half the population – seriously food insecure,” the agency said.

In Zambia and drought-stricken Lesotho, 20% of the population faces a food crisis, as do 10% of Namibians.

Castro said that if the agency does not receive the necessary funding, it will have no choice but to assist fewer of those most in need and with less.