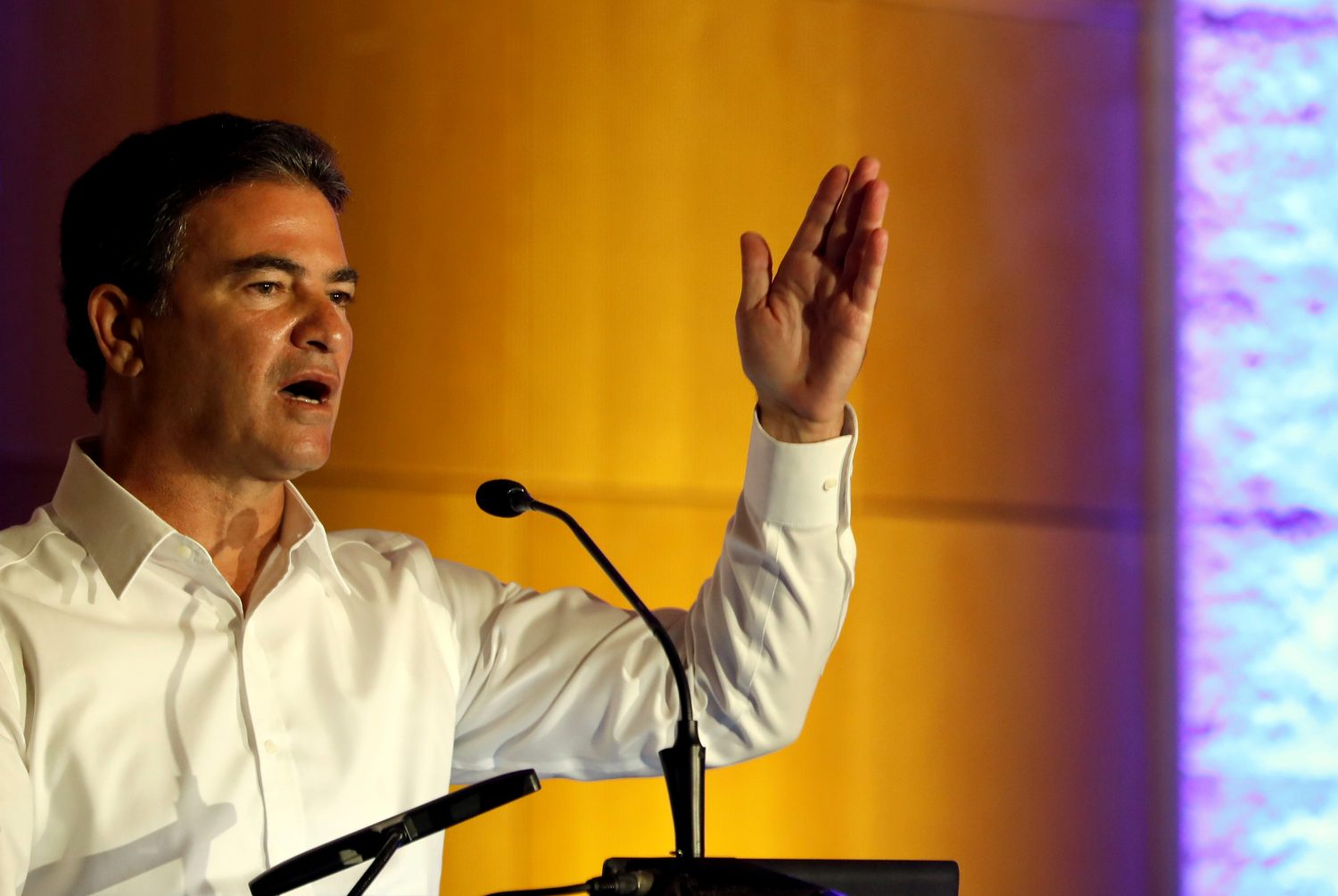 HERZLIYA, Israel (Reuters) – Israel and U.S.-aligned Arab countries have a unique chance to forge a regional peace deal given their shared worries about Iran, the chief of Israel’s Mossad spy service said on Monday.

In a rare public appearance, Joseph (Yossi) Cohen said his agency had formed a task force designed to spot peacemaking opportunities in a region where only two Arab states, Egypt and Jordan, have full diplomatic relations with Israel.

“The Mossad today espies a rare opportunity, perhaps for the first time in Middle East history, to arrive at a regional understanding that would lead to a comprehensive peace accord,” he told the Herzliya Conference, an annual international security forum near Tel Aviv.

“Common interests, the fight against rivals such as Iran and jihadist terrorism, the close relations with the White House, and channels of communication with the Kremlin all combine to create what might be a one-time window of opportunity,” he said.

The United States convened Arab and other dignitaries in Bahrain last week to encourage investment in the Palestinian economy that might help renew peace talks with Israel.&nbsp;

The Palestinians, seeing a pro-Israel bias in the Trump administration and a ruse to deny them their goal of full statehood, boycotted the Manama meeting. Israel, which sent only a non-official delegation, saw in the event a chance to bolster its wider ties to the Arab world.

Cohen, whose speech alluded to the Palestinians only in the context of threats against Israel from the armed factions, said many Arab countries “cannot stand Iran’s thuggish behavior”.

He cited Iran’s nuclear program, assistance for guerrillas in Lebanon, Syria, Yemen and elsewhere, and alleged responsibility for a recent spate of sabotage strikes on oil tankers in the Gulf. Iran denies any role in those incidents.

He pointed to what he termed “an expanding group of responsible, serious countries” – which he did not name – in the region that have channels of communication with Israel despite no formal relations, and cooperate with it in various ways.

Israeli Foreign Minister Israel Katz made a rare visit to Abu Dhabi, which does not have officials ties with Israel, for a two-day U.N. climate meeting on Sunday and Monday. While there, he met with an unnamed Emirati official to discuss bilateral ties as well as the Iranian threat, his office said.

Iran announced on Monday it had amassed more low-enriched uranium than permitted under its 2015 deal with major powers, its first major step in violation of the deal since the United States pulled out of it more than a year ago.

Cohen reaffirmed Israel’s policy that it would not allow its arch-foe to get a bomb.&nbsp;”The Mossad or the State of Israel did not sign the nuclear deal (and) will do everything to ensure that Iran will never have nuclear weaponry,” he said.

Iran denies ever seeking to acquire a nuclear bomb.

“Currently, it’s about uranium enrichment at a relatively low percentage, and in amounts that are not large. The threat is to step up enrichment and increase the amounts,” Cohen said, speaking before news of the enrichment breach.

“Just imagine what will happen if the material stockpiled by the Iranians becomes fissionable, at military-enrichment grade, and then an actual bomb. The Middle East, and then the entire world, will be a different place. Therefore, the world must not allow this to happen.”