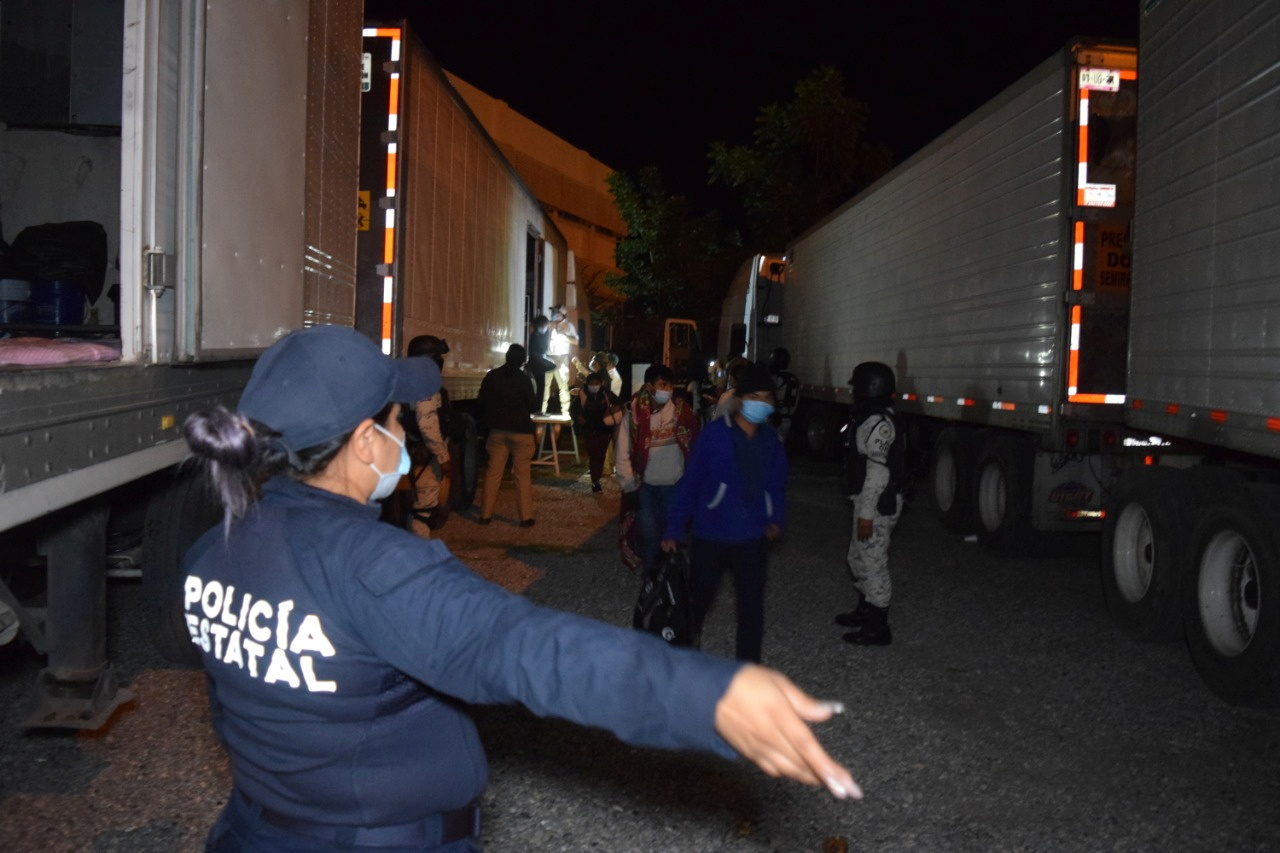 MEXICO CITY (Reuters) – Police in northern Mexico discovered more than 600 Central American migrants hiding in three long cargo trucks headed to the United States late on Thursday, in one of the biggest round-ups of U.S.-bound migrants by Mexican authorities in years.

Video released by police showed officers prying off a lock from a truck’s rear door and opening it only to find migrants in heavy coats and hoods huddled close together on the floor, nearly all of them wearing face masks.

Almost 200 of the 652 migrants found in the non-descript white refrigerated trucks were unaccompanied children and teens, the police said in a statement.

Waves of mostly Central American migrants as well as a recent surge of Haitians seeking entry into the United States have frustrated both U.S. and Mexican leaders determined to reduce the massive human flow fleeing poverty, violence and natural disasters in their home countries.

A security source told Reuters the migrants found in the trucks were almost 90% Guatemalans and had been transported to a nearby migrant center in Tamaulipas where their legal status would be reviewed. Hondurans, Salvadorans, Nicaraguans and one migrant from Belize were also among those being processed, the source added.

On Friday, the migrants were given COVID-19 tests and at least nine came back positive, though most have only mild symptoms, officials said.

The trucks were pulled over on a highway in the northern Gulf coast state of Tamaulipas, some 220 miles (350 km) south of McAllen, Texas, and near the sites of several gruesome migrant massacres in recent years blamed on drug gangs who fight over lucrative smuggling routes into the United States.

Four other individuals were arrested by police, but it was not clear if they were suspected of being the smugglers.