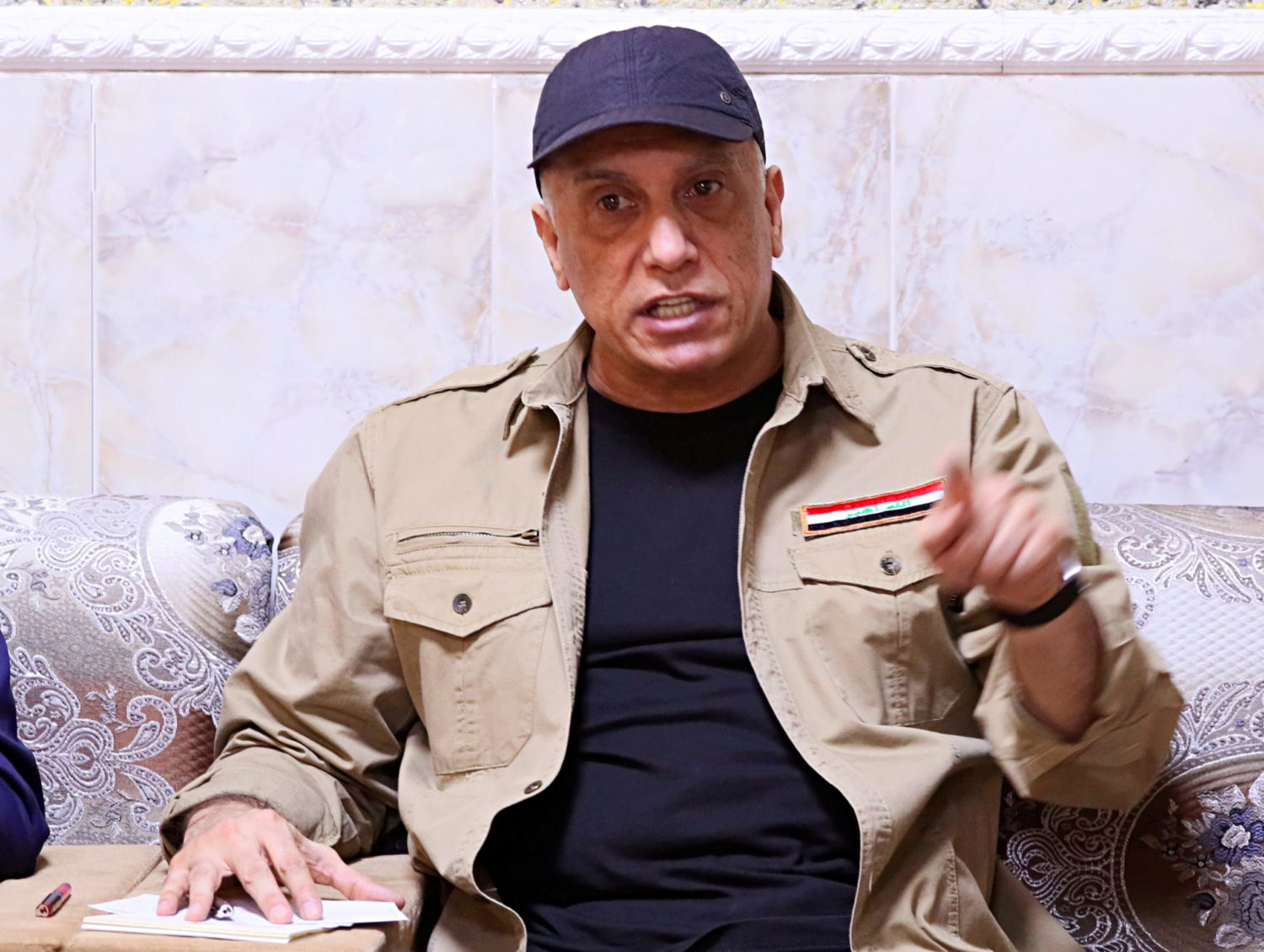 By Steve Holland and Trevor Hunnicutt

WASHINGTON (Reuters) -U.S. President Joe Biden and Iraqi Prime Minister Mustafa al-Kadhimi on Monday sealed an agreement formally ending the U.S. combat mission in Iraq by the end of 2021, more than 18 years after U.S. troops were sent to the country.

Coupled with Biden’s withdrawal of the last American forces in Afghanistan by the end of August, the Democratic president is completing U.S. combat missions in the two wars that then-President George W. Bush began under his watch.

Biden and Kadhimi met in the Oval Office for their first face-to-face talks as part of a strategic dialogue between the United States and Iraq.

“Our role in Iraq will be … to be available, to continue to train, to assist, to help and to deal with ISIS as it arises but we’re not going to be, by the end of the year, in a combat zone,” Biden told reporters as he and Kadhimi met.

There are currently 2,500 U.S. troops in Iraq focusing on countering the remnants of Islamic State. The U.S. role in Iraq will shift entirely to training and advising the Iraqi military to defend itself.

The shift is not expected to have a major impact since the United States has already moved toward focusing on training Iraqi forces.

A U.S.-led coalition invaded Iraq in March 2003 based on charges that then-Iraqi leader Saddam Hussein’s government possessed weapons of mass destruction. Saddam was ousted from power, but such weapons were never found.

In recent years the U.S. mission was dominated by helping defeat Islamic State militants in Iraq and Syria.

“Nobody is going to declare mission accomplished. The goal is the enduring defeat of ISIS,” a senior administration official told reporters ahead of Kadhimi’s visit.

The reference was reminiscent of the large “Mission Accomplished” banner on the USS Abraham Lincoln aircraft carrier above where Bush gave a speech declaring major combat operations over in Iraq on May 1, 2003.

“If you look to where we were, where we had Apache helicopters in combat, when we had U.S. special forces doing regular operations, it’s a significant evolution. So by the end of the year we think we’ll be in a good place to really formally move into an advisory and capacity-building role,” the official said.

U.S. diplomats and troops in Iraq and Syria were targeted in three rocket and drone attacks earlier this month. Analysts believed the attacks were part of a campaign by Iranian-backed militias.

The senior administration official would not say how many U.S. troops would remain on the ground in Iraq for advising and training.

Kadhimi is seen as friendly to the United States and has tried to check the power of Iran-aligned militias. But his government condemned a U.S. air raid against Iran-aligned fighters along its border with Syria in late June, calling it a violation of Iraqi sovereignty.

The U.S.-Iraqi statement is expected to detail a number of non-military agreements related to health, energy and other matters.

The United States plans to provide Iraq with 500,000 doses of the Pfizer/BioNTech COVID-19 vaccine under the global COVAX vaccine-sharing program. Biden said the doses should arrive in a couple of weeks.

The United States will also provide $5.2 million to help fund a U.N. mission to monitor October elections in Iraq.