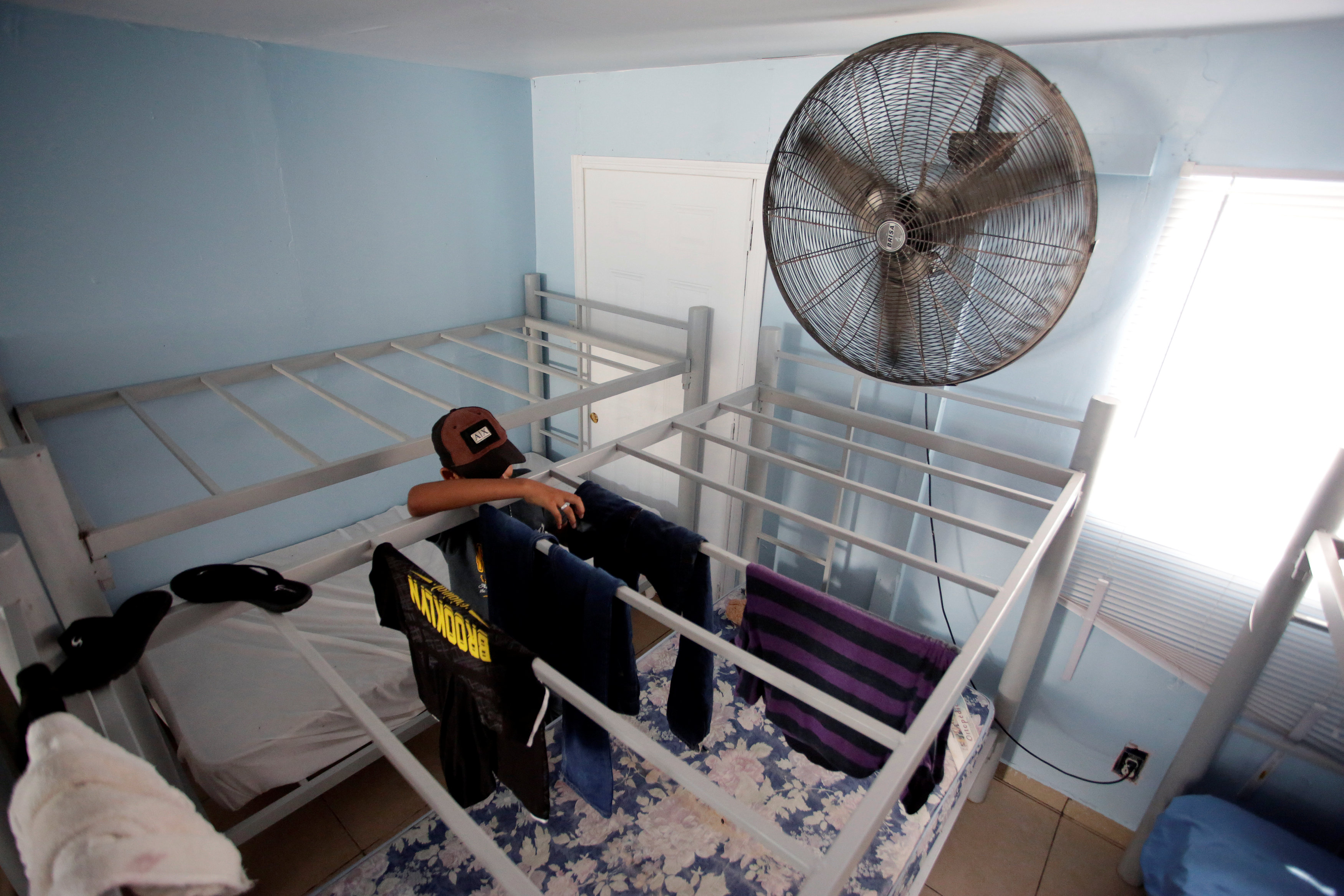 By Anthony Esposito and Lizbeth Diaz

TIJUANA/REYNOSA, Mexico (Reuters) – More Mexicans and Central Americans are lining up to make asylum requests at the U.S.-Mexico border as word spreads of a U.S. crackdown on families crossing illegally and the threat of brutal gangs lying in wait if they go it alone.

Officials at shelters in border cities as well as migrants from Mexico and Central America told Reuters there was a rising number of people waiting, often for weeks, to make asylum pleas to immigration authorities at official border crossings.

Many of the dozens of migrants interviewed by Reuters said they decided to present an official asylum request after hearing about parents being separated from children when crossing the U.S. border illegally, and about friends making successful requests.

Following an outcry at home and abroad over his administration’s “zero tolerance” policy, U.S. President Donald Trump issued an executive order last week to end the family separations. But over 2,000 children are yet to be reunited with their parents.

The migrants, many with children in tow, told harrowing tales of kidnapping, extortion and murder by gangs in Mexico and Central America. That threat was enough to inspire the perilous journey in hope of receiving asylum in the United States.

“They don’t go through the mountains or deserts anymore, they go to the front door,” said Victor Clark Alfaro, a migration expert at San Diego State University.

But their chances of asylum may be diminishing.

On June 11, U.S. Attorney General Jeff Sessions overturned a grant of asylum to a Salvadoran domestic abuse victim, potentially excluding immigrants seeking refuge from sexual, gang and other forms of violence in their homelands.

Those threats were the basis of a “credible fear” argument that could prevent them from being returned.

That risk has yet to deter migrants.

Shelters run by charities in Reynosa, Tijuana and Nogales – Mexican cities separated by hundreds of miles along the border – all reported an uptick in migrant asylum seekers.

Marla Conrad, a coordinator at the Kino Border Initiative in Nogales, said that so far this month, she had seen about an extra 100 people lining up for asylum compared with May.

At the border in Tijuana, 26-year-old Jose Cortes from El Salvador, traveling with his 5-year-old daughter, said the waiting list to request asylum was now 1,150 people long. When he arrived two weeks ago, it had 1,000 names on it.

Migrants manage the waiting list, a task currently with Cortes. When his turn comes to cross into the United States for an asylum interview, he will pass the list to another migrant.

It is growing even as 30 to 60 people are called up daily to plead their cases with U.S. border agents.

Mexican Jacqueline Moreno, 43, said that as recently as December, her daughter managed to cross and successfully request asylum on the same day. Now, fleeing violence in her home state of Michoacan with her son, 13, Moreno said she had been waiting three weeks.

Some migrants followed tips from their hometowns about how to seek asylum. Others paid thousands of dollars to people smugglers, or “coyotes,” who assured them a case could be made.

Many stay near the border in spartan shelters, with rows of brightly colored tents, or in dingy hotels often charging prices they struggle to pay.

Patricia Flores and her 7-year-old son are among thousands of Central Americans waiting at the border.

After witnessing a gangland killing in their neighborhood, Flores decided to pay $4,000 to a human smuggler who told her she could just get to the border and ask for asylum.

Flores has been desperately trying to get a meeting at the border but said she had been turned away by Mexican officials.

Her son described how he saw his neighbor shot in the head back in El Salvador.

“My mom said it’s our secret but if I tell anyone, I am going to go to heaven. I don’t want to,” he said, adding he was not afraid. Pointing to his green T-shirt with a cartoon on it, he said that was his “bulletproof jacket.”

Adelia Contini, from Brazil, has run a church-funded shelter for women and children in Tijuana for nine years. She too has noticed a increase in asylum seekers.

“Since 2013, we started seeing more people asking for asylum, but not as much as now,” she said. “Since January, there are many more people, more than last year.”

‘WAITING TO KILL US’

Encouraged by relatives and friends in the United States, Honduran Lorena Mejia has been waiting for two weeks in a shelter in Reynosa near the banks of the Rio Grande with her husband and four children to apply for asylum.

Returning home did not bear thinking about, Mejia said, explaining that she and her family had been threatened because they witnessed a massacre in Honduras a few years ago.

“We can’t go back there. They’re waiting to kill us,” the 31-year-old said, adding that two other witnesses had already been murdered. “We have to get in.”

Sharon Melissa Analco, 23, arrived in Tijuana on Friday with her 5-year-old daughter, fleeing kidnappers terrorizing her family in Acapulco in the violent Mexican state of Guerrero.

Analco said she had no money to pay for her stay, having expected to be able to get right into the United States. But a U.S. official turned her away at the crossing, telling her she would have to put her name on a list and wait her turn.

“I can’t wait out there,” she recalled telling the official, weeping on the plaza next to the border. “I’m in danger.”