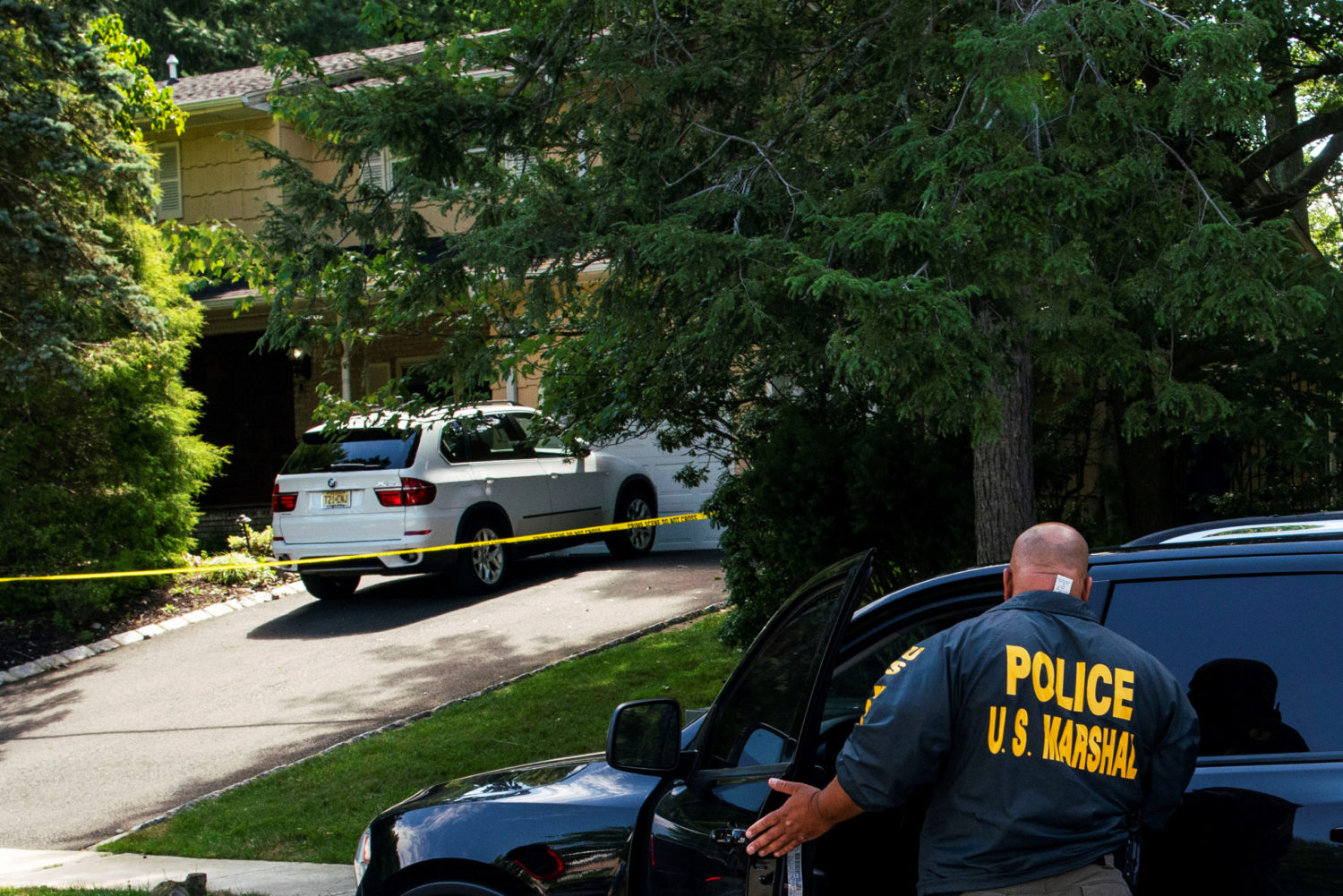 (Reuters) – The suspect in the shooting of the son and husband of a federal judge in New Jersey was found dead from an apparent self-inflicted gunshot wound on Monday, ABC News and other media reported.

The suspect, a white male, had a case before the judge, Esther Salas, in 2015, ABC reported. He was found in his car in Sullivan County, New York, about two hours north of New York City.

Steven Nevel, a spokesman for the New York State police, confirmed an investigation of a death in the county but declined to provide further details.

The FBI has been conducting a manhunt related to the Sunday afternoon shooting at the North Brunswick, New Jersey, home of U.S. District Judge Esther Salas. Her son, Daniel Anderl, 20, was killed.

The FBI said it was looking for one suspect in the case.

Judge Salas was home at the time of the shooting but was in the basement and was not injured, according to media reports and Marion Costanza, a friend of the family who lives three homes away.

Investigators have preliminary information that someone dressed as a FedEx driver arrived at the family home at about 5 p.m. (2100 GMT), ABC News reported on Sunday, citing multiple law enforcement sources.

The motive behind the killing remained unclear. Among her cases, Salas presided over the sentencing of members of the Grape Street Crips, a gang charged with selling drugs and other crimes in 2015, and federal fraud convictions of co-stars of “The Real Housewives of New Jersey” reality TV show.

Salas, 51, was nominated to her seat by President Barack Obama in 2010, becoming the first Hispanic woman to serve on the District Court of New Jersey. Salas could not be immediately reached for comment.

Her husband, Mark Anderl, 63, was an assistant prosecutor in Essex County before becoming a defense attorney. He and his partner, David Oakley, handle a variety of felonies, including homicide, sexual assault and fraud cases, according to their website.

Neither Anderl nor Oakley could be reached for comment.

Daniel Anderl, the son, was shot as he came down the stairs of the home to help his father, who had opened the door to the gunman, according to some media reports.

“He ran down the stairs. Instead of running away he ran to help his father,” Costanza said, noting that Daniel had wanted to follow in his parents’ footsteps and become a lawyer. “I want people to know what a good kid he was.”

New Jersey Governor Phil Murphy and U.S. Senator Bob Menendez of New Jersey were among political leaders who expressed concern about the incident on Twitter.

Menendez said he knew Judge Salas well and had recommended her appointment to the federal bench.

“My prayers are with Judge Salas and her family, and that those responsible for this horrendous act are swiftly apprehended and brought to justice,” Menendez wrote.

(Reporting by Nathan Layne in Wilton, Connecticut and Maria Caspani in New York; Editing by Jonathan Oatis and Dan Grebler)