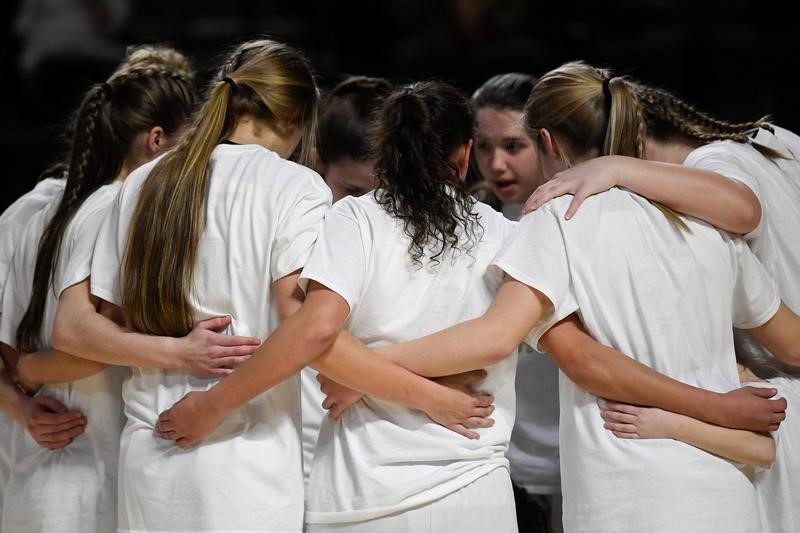 The ruling came in response to a federal lawsuit filed by three female track runners from the state of Connecticut who argued they were put at a physical disadvantage competing against trans athletes.

It solidified the federal government’s stance in the controversial debate that is playing out in states nationwide.

Connecticut is one of 18 U.S. states that allow trans high school athletes to compete without restrictions, according to Transathlete.com, a website that compiles information on trans inclusion in athletics.

The Education Department said it would either withhold federal funding for the Connecticut school districts where they runners competed or refer the cases to the U.S. Department of Justice.

The letter said the school’s policy has “denied female student-athletes athletic benefits and opportunities” including higher-level competitions, recognition and visibility to colleges.

In response, the CIAC said its policy protected transgender athletes from discrimination.

“Connecticut law is clear and students who identify as female are to be recognized as female for all purposes — including high school sports,” the athletic conference said in a statement.

“To do otherwise would not only be discriminatory but would deprive high school students of the meaningful opportunity to participate in educational activities … based on sex-stereotyping and prejudice,” it said.

Male-to-female trans athletes have been allowed to compete in the International Olympic Games since 2016 if their testosterone levels meet a certain low level for a year.

Idaho became the first U.S. state to pass a law barring trans high school athletes from playing in sports leagues that differ from their gender at birth. Several other states are considering similar restrictions.

The lawsuit was filed in February by the three runners against the CIAC and a number of local boards of education.

(Reporting by Matthew Lavietes, editing by Ellen Wulfhorst; Please credit the Thomson Reuters Foundation, the charitable arm of Thomson Reuters, that covers the lives of people around the world who struggle to live freely or fairly. Visit http://news.trust.org)