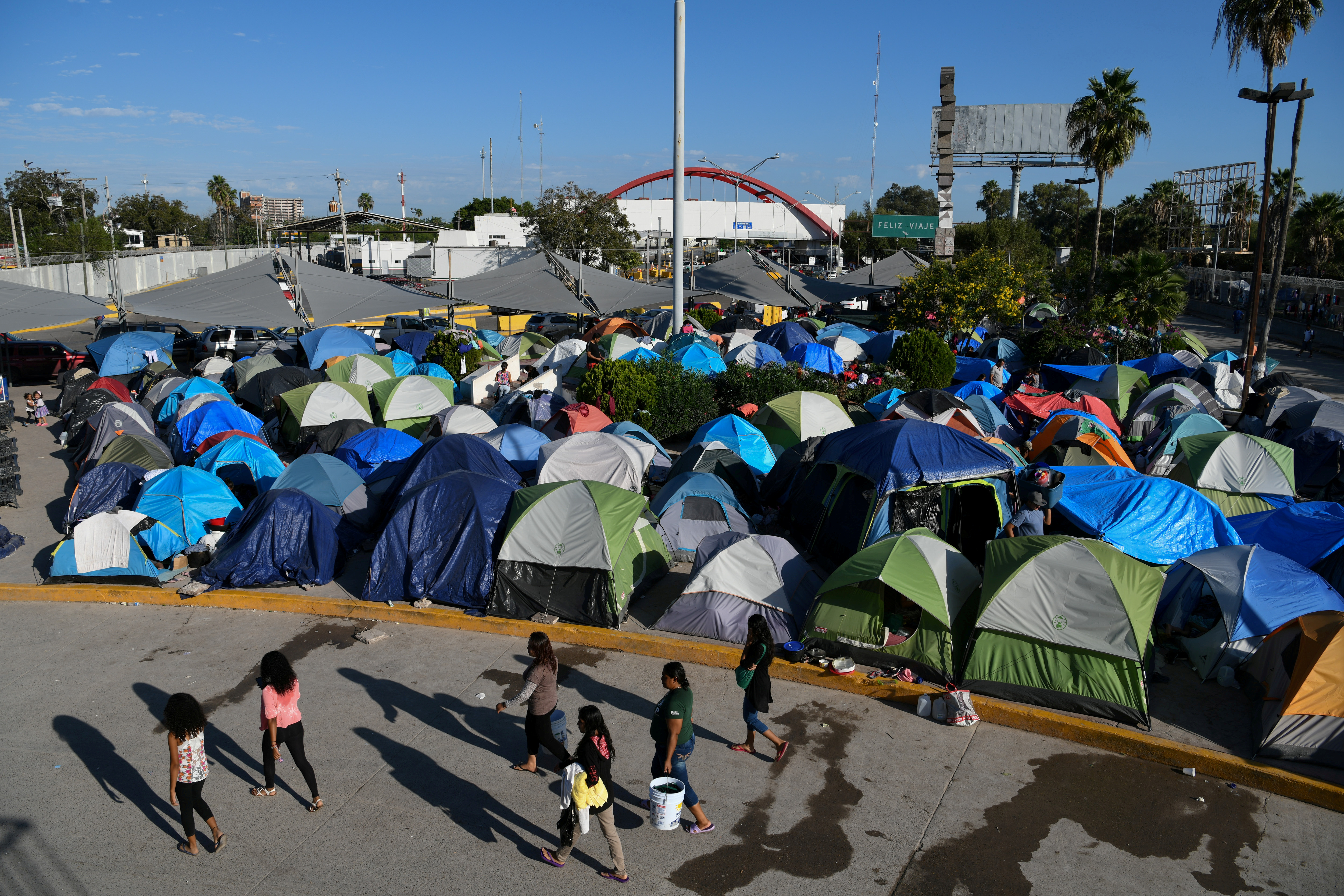 (Reuters) – A U.S. federal appeals court in San Francisco on Friday blocked a Trump administration policy that has forced tens of thousands of migrants to wait in Mexico for months for hearings in U.S. immigration courts.

A 9th U.S. Circuit Court of Appeals panel found the plaintiffs were likely to succeed in their argument that the program violated U.S. immigration law and international treaty obligations on the treatment of asylum seekers.

The program, which began a year ago and is called the Migrant Protection Protocols (MPP), is one of the most dramatic immigration policy changes enacted by the Trump administration.

U.S. President Donald Trump, who has made cracking down on immigration a central theme of his more than three years in the White House, has sought through a series of new policies and rule changes to reduce asylum claims filed mostly by Central Americans arriving at the U.S.-Mexico border.

The U.S. Department of Justice did not immediately respond to a request for comment but the administration is likely to quickly appeal the decision to the U.S. Supreme Court as it has done with other rulings.

Some 59,000 people have been sent back to Mexico under the program, which started in San Diego before being expanded to other ports of entry all across the U.S-Mexico border. [L2N25W1G1] It was not immediately clear what would happen to people already in the program.

Migrants, many of them children, have faced violence and homelessness as they wait for their court dates in dangerous border cities. At least 1,000 people returned under the program were violently attacked or threatened in Mexico, according to a Feb 28 Human Rights Watch report that documented kidnappings, rapes and assaults.

The Trump administration argued the program did not violate a principle in international law known as non-refoulement, which says asylum seekers should not be returned to places where they face danger. The administration has said migrants could tell officials at any point in the process they had a fear of returning to Mexico.

But the panel concluded that plaintiffs in the case, which included 11 individual asylum seekers and several immigration advocacy groups, “had shown a likelihood of success on their claim that the MPP does not comply with the United States’ treaty-based non-refoulement obligations.”

The Trump administration has said most asylum petitions are ultimately denied by immigration courts and releasing migrants into the United States to wait for hearings encourages people to disappear into the country. Officials say forcing migrants to wait in Mexico is a way to cut down on fraudulent asylum claims.

In a separate ruling on Friday, the 9th Circuit left in place a lower court’s block on a Trump administration regulation that barred migrants who cross the U.S.-Mexico border between ports of entry from seeking asylum.

A three-judge panel in that case found the regulation – issued in November 2018 and swiftly enjoined by a federal judge in the Northern District of California – conflicted with federal immigration statutes that govern asylum and amounted to “a categorical ban” on certain asylum seekers. 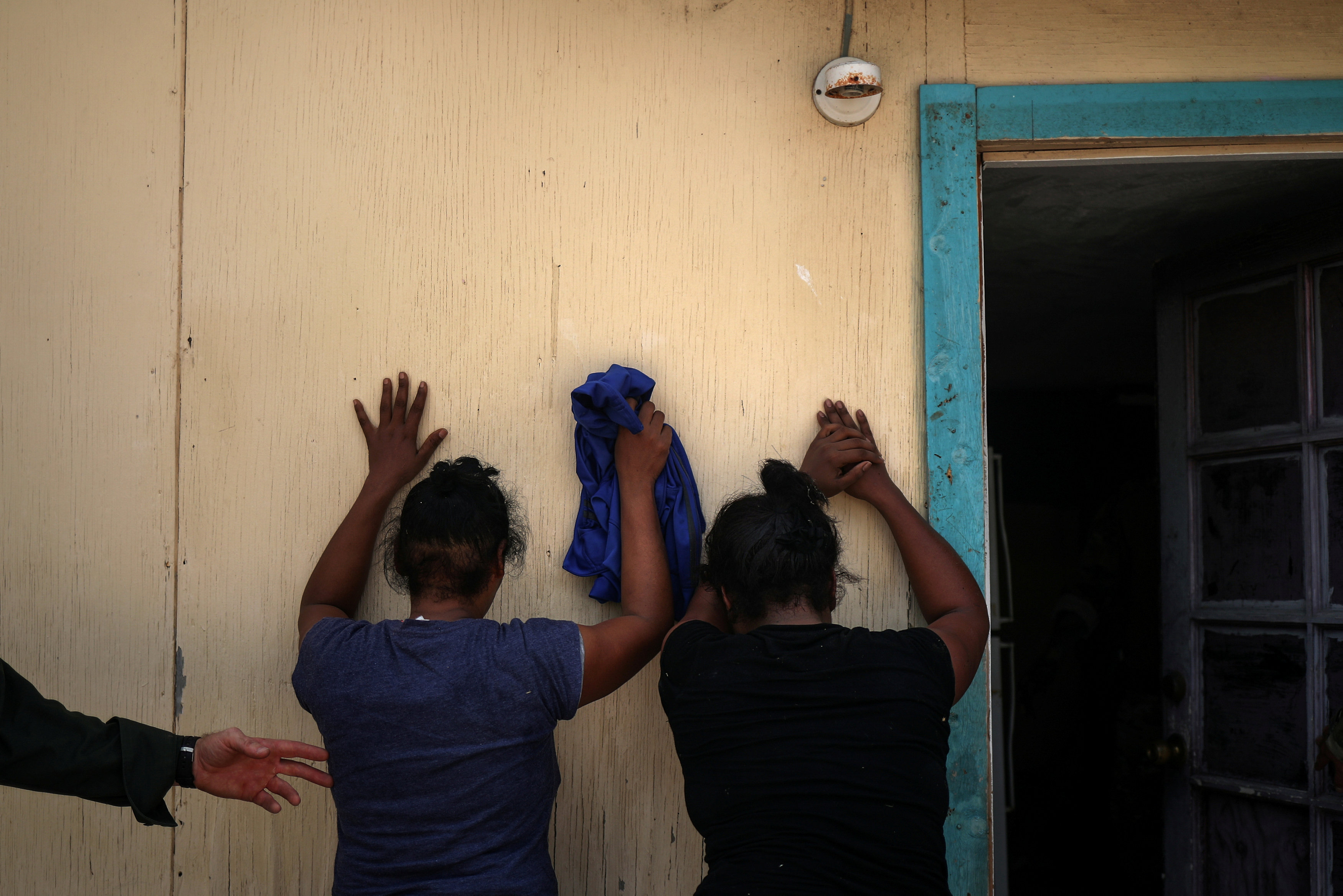 WASHINGTON (Reuters) – U.S. Attorney General Jeff Sessions on Thursday sought to speed up the deportation of illegal immigrants, telling immigration judges they should only postpone cases in removal proceedings “for good cause shown.”

Sessions, in an interim order that was criticized by some lawyers, said the “good-cause” standard “limits the discretion of immigration judges and prohibits them from granting continuances for any reason or no reason at all.” 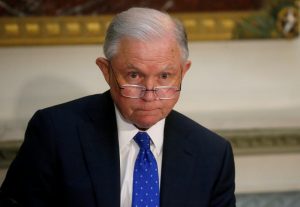 Unlike the federal judiciary system, U.S. immigration courts fall under the Department of Justice and the attorney general can intervene. Sessions, a Republican former U.S. Senator appointed by President Donald Trump, has been unusually active in this practice compared to his predecessors.

Sessions has led efforts by the Trump administration to crack down on illegal immigration, including a “zero tolerance” policy that separated immigrant parents from their children while they were in U.S. detention. Trump abandoned the separation policy in June under political pressure.

Critical in showing “good cause” is whether a person is likely to succeed in efforts to remain in the United States, either by appealing for asylum or receiving some form of visa or work permit, Sessions said on Thursday.

Stephen Kang, an attorney with the ACLU immigrants rights project, described Sessions’ order as “troubling” and one of a series that “has moved in the direction of restricting due process rights for individuals who are in removal proceedings.”

Kang said Sessions seemed to portray immigrants seeking more time to prepare their cases as trying to “game the system and avoid deportation.”

Kang said removal proceedings were complex and people needed time “both to get lawyers to ensure that their due process rights are protected and time just to make sure their cases get a fair hearing.”

The Justice Department has been struggling to reduce a backlog of deportation cases. An analysis by the Government Accountability Office last year found the number of cases that drag on from one year to the next more than doubled between 2006 and 2015, mainly because fewer cases are completed per year.

Department spokesman Devin O’Malley said more immigration judges had been hired, but “unnecessary and improper continuances … continue to plague the immigration court system and contribute to the backlog.”

Sessions said on Thursday that the “use of continuances as a dilatory tactic is particularly pernicious in the immigration context” because people in the country illegally who want to remain have an incentive to delay their deportation as long as possible.

Granting continuances solely for good cause would be an “important check on immigration judges’ authority” and demonstrate public interest in “expeditious enforcement of the immigration laws,” Sessions said.