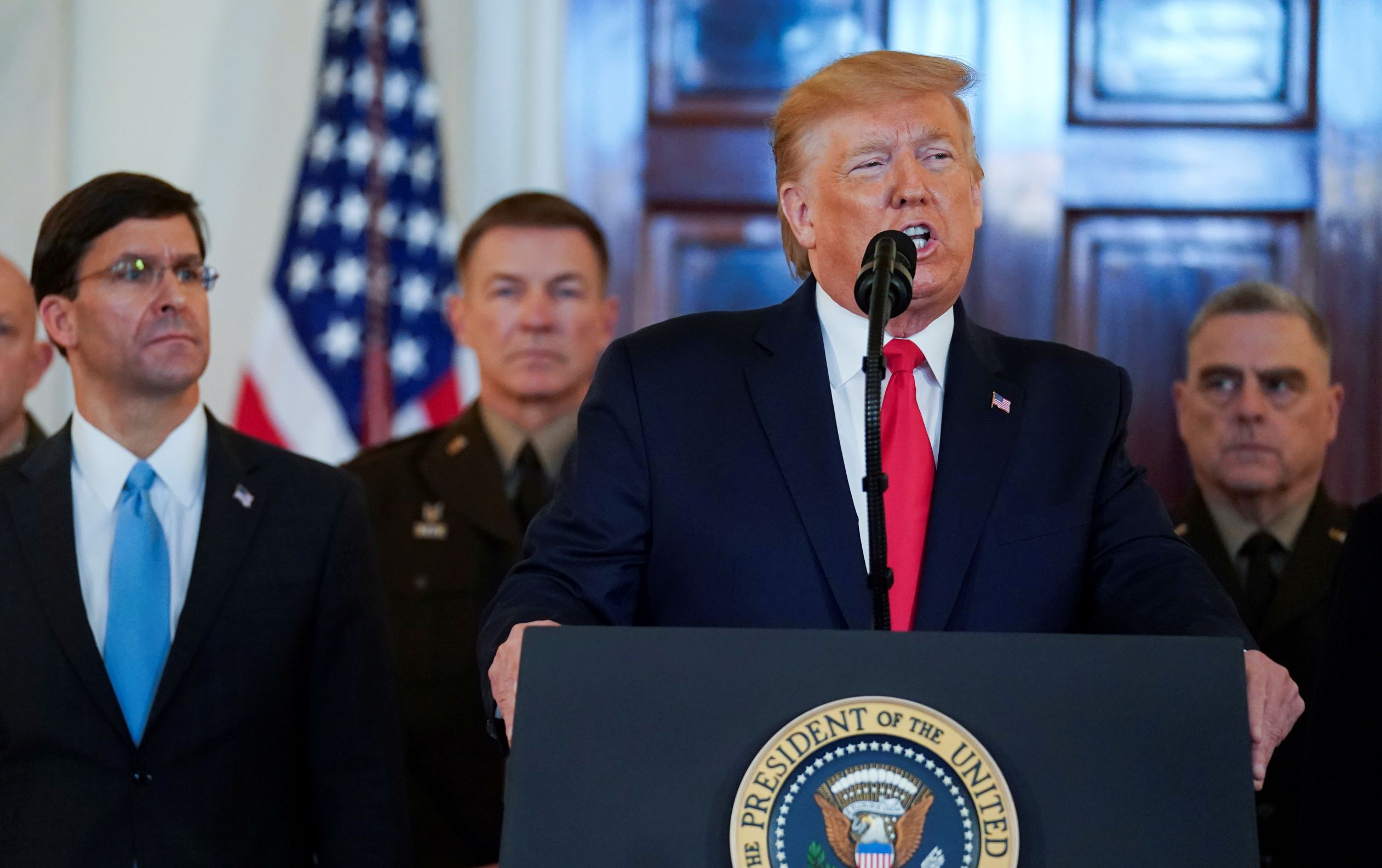 By John Davison and Susan Heavey

BAGHDAD/WASHINGTON (Reuters) – Washington rebuffed an Iraqi request on Friday to prepare to pull out its troops, amid heightened U.S.-Iranian tensions following the U.S. killing of an Iranian commander in Baghdad.

Iraq looks set to bear the brunt of any further violence between its neighbor Iran and the United States, its leaders caught in a bind as Washington and Tehran are also the Iraqi government’s main allies and vie for influence there.

Prime Minister Adel Abdul Mahdi made his request in a phone call with U.S. Secretary of State Mike Pompeo late on Thursday in line with a vote by Iraq’s parliament last week, his office said in a statement.

Abdul Mahdi asked Pompeo to “send delegates to put in place the tools to carry out the parliament’s decision”, it said, adding without elaborating that the forces used in the killing had entered Iraq or used its airspace without permission.

However, the U.S. State Department said any U.S. delegation would not discuss the withdrawal of U.S. troops as their presence in Iraq was “appropriate.”

“There does, however, need to be a conversation between the U.S. and Iraqi governments not just regarding security, but about our financial, economic, and diplomatic partnership,” spokeswoman Morgan Ortagus said in a statement.

The latest flare-up in the long shadow-war between Iran and the United States started with the killing of Iran’s top general Qassem Soleimani in a U.S. drone strike on Jan. 3. Iran responded on Wednesday by firing missiles at U.S. forces in Iraq.

In the aftermath, both sides backed off from intensifying the conflict but the region remains tense, with Iranian commanders threatening more attacks.

Grand Ayatollah Ali al-Sistani said it was Iraqis who stood to suffer most from the U.S.-Iranian conflict.

In a message delivered through a representative at Friday prayers in the holy city of Kerbala, Sistani said no foreign powers should be allowed to decide Iraq’s fate.

“The latest dangerous aggressive acts, which are repeated violations of Iraqi sovereignty, are a part of the deteriorating situation” in the region, Sistani said.

Sistani, who wields huge influence over public opinion in Iraq, only weighs in on politics during times of crisis and is seen as a voice of moderation.

“The people have suffered enough from wars … Iraq must govern itself and there must be no role for outsiders in its decision-making,” Sistani said.

Iraq has suffered decades of war, sanctions and sectarian conflict, including two U.S.-led invasions and the rise and fall of the Sunni militant groups al Qaeda and Islamic State.

At Friday prayers in Tehran, an Iranian cleric said U.S. interests across the world were now exposed to threat.

“From now on, having too many bases, especially in this region, will not act as an advantage for them,” Mohammad Javad Haj Aliakbari, a mid-ranking cleric, told worshippers.

Since Soleimani’s killing, Tehran has stepped up its calls for U.S. forces to leave Iraq, which like Iran is a mainly Shi’ite Muslim nation. Iranian Supreme Leader Ali Khamenei has said the retaliatory strikes were not enough and that ending the U.S. military presence in the region was Tehran’s main goal.

Trump said on Thursday that Soleimani had been killed because he had planned to blow up a U.S. embassy.