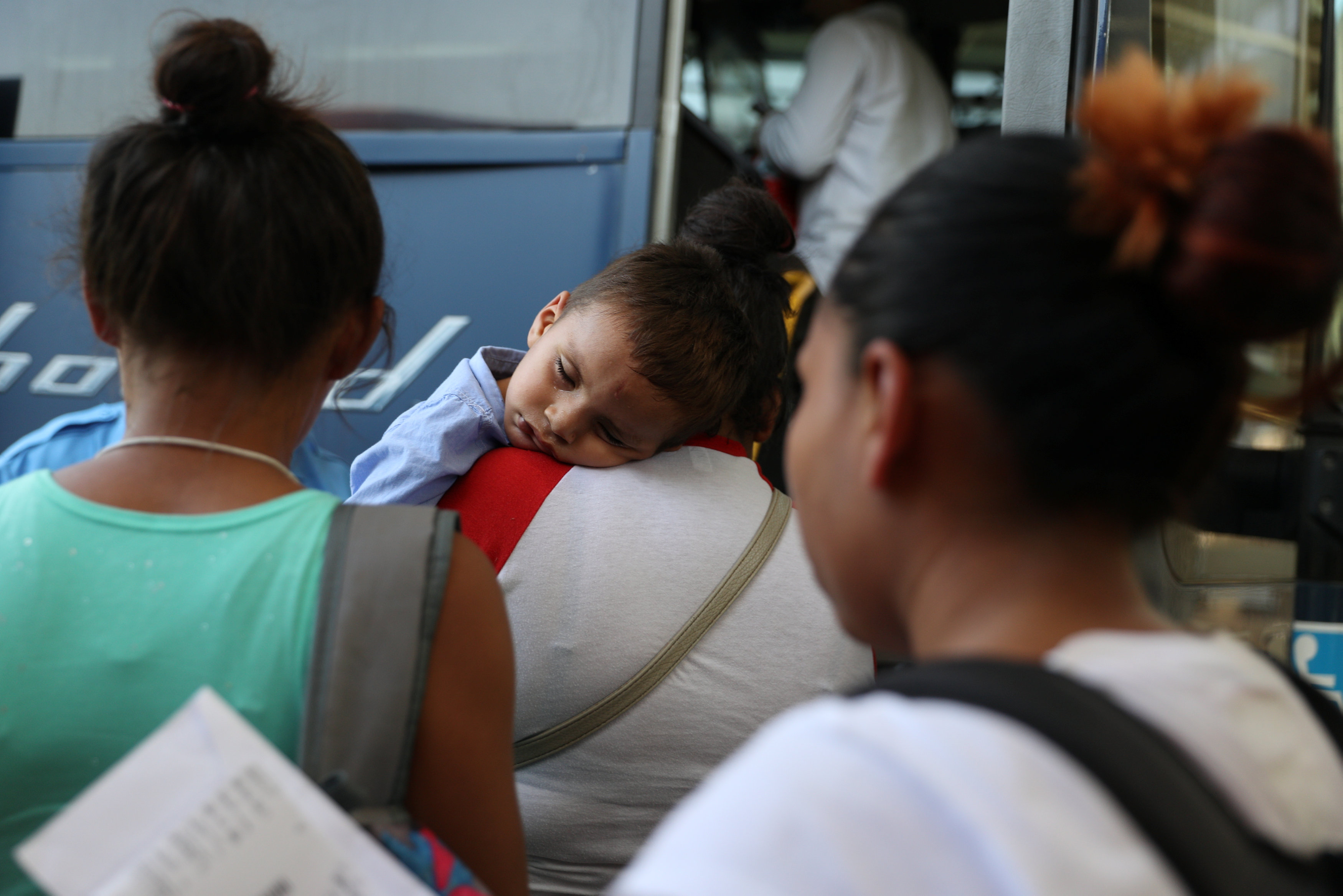 By Yeganeh Torbati and Loren Elliott

LOS FRESNOS, Texas (Reuters) – Luis Campos, a Dallas attorney, showed up at a Texas immigrant detention facility close to the U.S.-Mexico border on Wednesday morning expecting to represent a client before an immigration judge.

Campos did not fare much better with his other appointments. Of the five other clients he had been scheduled to meet with that day, four were no longer at Port Isabel, and it was unclear if they had been released or transferred to other facilities.

“We don’t know what their status is except they’re no longer in the system,” Campos said. “We don’t know where people are right now and it’s been a struggle to get information.”

Lawyers and immigrant advocates working in south Texas this week reported widespread disarray as the federal government scrambled to meet a court-imposed deadline of July 26 for reunifying families separated by immigration officials under the Trump administration’s “zero tolerance” measures.

Half a dozen lawyers Reuters spoke to described struggles to learn of reunification plans in advance and difficulty tracking down clients who were suddenly released or transferred to family detention centers run by Immigration and Customs Enforcement (ICE).

The lawyers said it was often difficult to get through by telephone and that when they did the government employees often knew little about their clients’ status or location.

ICE officials did not respond to questions about the reunification process in Texas and elsewhere.

A government court filing on Thursday said that 364 reunifications had taken place so far. It was unclear from the document, filed as part of an American Civil Liberties Union lawsuit challenging parent-child separations at the border, exactly how many more were likely.

Of more than 2,500 parents identified as potentially eligible to be reunited with their children, 848 have been interviewed and cleared for reunification, government attorneys told the court. Another 91 have been deemed ineligible because of criminal records or for other reasons. 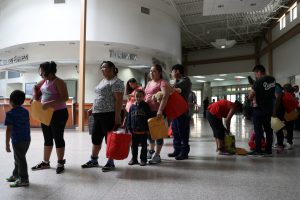 Evidence of the reunification efforts can be found throughout the Rio Grande Valley area, a border region that covers the southern tip of Texas and includes small towns like Los Fresnos.

Children arrive in vans at the Port Isabel Detention Center near Los Fresnos late into the night, lawyers said.

A sprawling church site in San Juan, around 60 miles (97 km) away, was designated as a migrant shelter after it became clear that a large number of reunited families would be released from Port Isabel.

The shelter has been housing between 200 and 300 adults and children on any given night this week, according to migrants who spent time there.

The same court order that required separated families to be reunited also ordered the government to stop separating new arrivals at the border and some families who have crossed in recent weeks have been detained together.

But ICE has limited facilities to house parents and children together, and strict rules apply regarding how long and under what circumstances it can keep children locked up.

Claudia Franco, waiting to board a bus at a terminal in McAllen, near San Juan, said she and her daughter traveled from Guatemala and were apprehended by U.S. Border Patrol after entering the United States last week. The pair were released from custody a few days later, and Franco was given an ankle monitor during her legal fight to remain in the country.

President Donald Trump has called for an end to such swift releases, which he refers to as “catch-and-release.”

Having attorneys can make a crucial difference for Central American migrants trying to negotiate the complexities of the legal system.

Angela, a Honduran woman who declined to give her surname, had initially been found not to have a “credible fear” of returning to Honduras, something that must be established as the first step in an asylum claim.

On Monday, she appeared in immigration court with attorney Eileen Blessinger. The judge reversed that initial finding. The next day, Angela was reunited with her daughter after more than a month apart and the two will seek asylum in the Indianapolis area, she said in a phone interview from a shelter.

Lawyers said that other clients will be deprived of representation in court because of the chaotic reunification and release process.

“It’s all totally like Wild West lawyering,” said Shana Tabak, an attorney with the Tahirih Justice Center, which provides legal services to migrants. “The government is moving really quickly, without a lot of advance planning it seems.”

One urgent priority, said Tabak, was making sure immigrants who leave the area change the location of their impending proceedings to a court near their eventual destination.

But that can be difficult. On Wednesday afternoon, Campos and a colleague met with a migrant client at a shelter, and just by chance, he ran into a Honduran woman who he had met with earlier this month at Port Isabel. Unbeknownst to him, she had been released and was now with her young son. They quickly exchanged a few words.

“They were just bouncing with joy,” he said. “We agreed to talk later that day and then I couldn’t find her after that.” 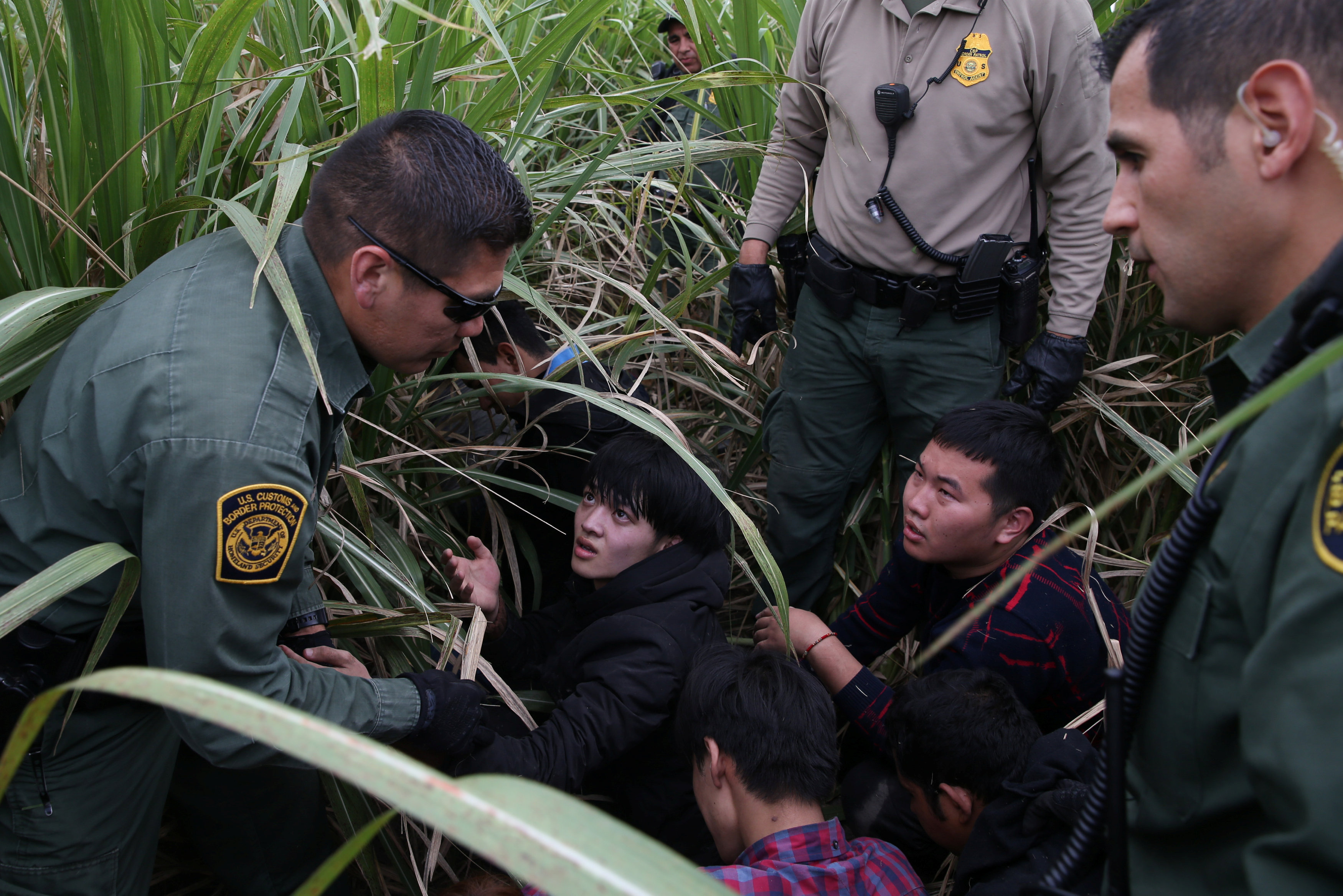 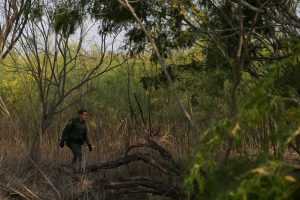 Border patrol agent Robert Rodriguez looks for signs of immigrants who illegally crossed the border from Mexico into the U.S. in the Rio Grande Valley sector, near McAllen, Texas, U.S., April 3, 2018. REUTERS/Loren Elliott

The men had illegally crossed into the United States that morning, guided by a smuggler who had since abandoned them. Now they were lost and uncertain how to proceed.

In vehicles nearby, U.S. Border Patrol agents had been alerted to migrants moving through the area, and after detecting movement in the bushes, they swooped in to arrest the men.

It was business as usual in the Rio Grande Valley, one of the busiest crossing points for migrants trying to enter the United States illegally.

In just a few hours that morning, 61 migrants, including Valdez, were rounded up in the area. Ten, including four from China, were caught with the help of a tracking dog in a sugar cane field. Two Hondurans were taken into custody at a public park.

Several of those caught said they were unfazed by tough talk from Trump, who has made headlines around the world with tweets railing about border security and threatening to end the North American Free Trade Agreement (NAFTA) unless Mexico does more to “stop the big drug and people flows.”

Trump’s renewed frustration about border security, rekindled over the weekend by news of a “caravan” of Central American migrants moving through Mexico toward the U.S. border, reflects the broader frustration of his administration. 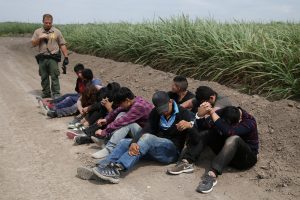 A border patrol agent apprehends immigrants who illegally crossed the border from Mexico into the U.S. in the Rio Grande Valley sector, near McAllen, Texas, U.S., April 3, 2018. REUTERS/Loren Elliott

In the months after Trump took office, the number of migrants caught along the U.S.-Mexico border fell dramatically, hitting a low of about 15,700 in April, from more than 42,400 in January 2017, U.S. Customs and Border Protection data shows.

But arrests have crept back up since, and in the first months of 2018 have reached levels at, or near, those seen during the last year of his predecessor, President Barack Obama.

Rising arrests of families and unaccompanied minors along the border are a particular concern.

In March, their numbers surpassed the previous three years and “rivaled fiscal year 2014, when we had a crisis,” Manuel Padilla, chief of the border patrol’s Rio Grande Valley sector, said in an interview with Reuters.

He said about families with children, who are more difficult to deport quickly, form about 49 percent of the current apprehensions in his region. He said they often walk up to the first U.S. officials they find to ask for help.

“It doesn’t matter how many agents are out there,” when it comes to families, he said, “because this population is turning themselves in.”

Valdez, 20, who worked as an electrician’s assistant in his home country of El Salvador, said he previously tried to cross the border illegally in 2016.

But he was picked up by border patrol officers after wandering lost and dehydrated in the desert for four days. After six months in detention, he was deported last year, but decided to travel north again after gangs threatened him at his job.

While crossing has become more and more difficult in recent years, Valdez said, need is a powerful spur.

“Necessity forces people to leave their countries so they can bring a better life to their families,” he said. “That’s why people are willing to suffer through all this.”

After his arrest on Monday, Valdez put his personal belongings in a plastic bag, removed his shoelaces and was searched by the agents who arrested him. Then he and his companions were taken to a processing facility.

People who have been previously deported can often be quickly sent home.

Immigrants traveling with small children when caught often spend only a few days in custody, however, because of a shortage of detention facilities suitable for families and court settlements that preclude prolonged detention of minors. 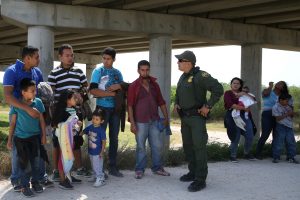 In the Rio Grande Valley, parents are often released with electronic ankle monitors and ordered to appear with their children in court on a specific date for deportation proceedings. Trump has railed against the practice, which he calls “catch and release.”

For migrants like Jose Romero, 27, who made the harrowing days-long trip through Mexico with his 8-year-old daughter in the back of a dark cargo truck, threats from the president are little deterrent.

In his mountain home in Honduras, Romero made just $4 a day as a farm laborer, not enough to feed his family of five, he said. After his arrest and subsequent release to wait court proceedings, he said he doubted if migrants can be deterred.

“They will keep coming,” he said, because of violence and poverty south of the border. “The people are afraid.”