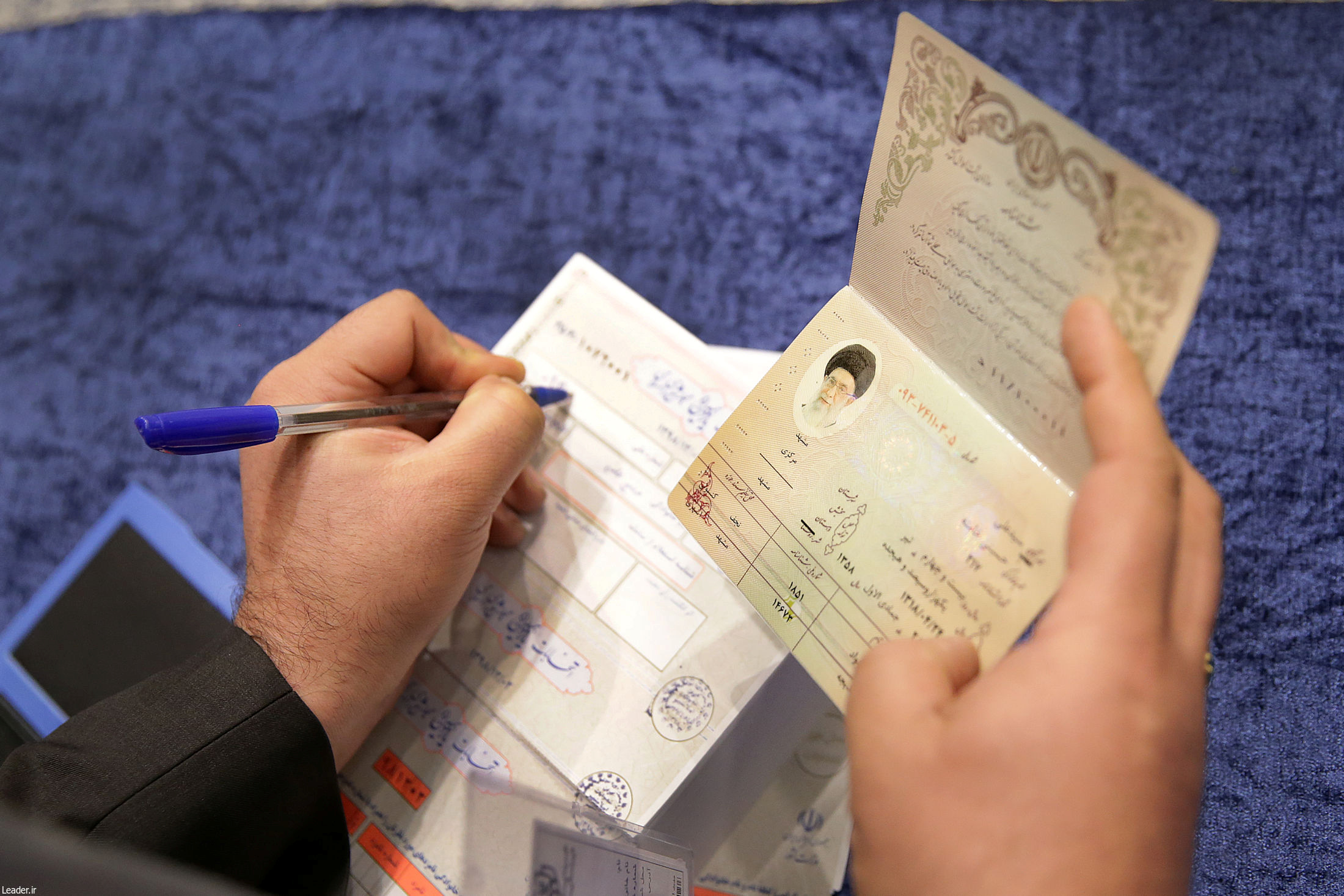 DUBAI (Reuters) – Iranians voted on Friday in a parliamentary election likely to help hardline loyalists of the supreme leader tighten their grip on power as the country faces mounting U.S. pressure over its nuclear program and growing discontent at home.

State television said voting, which began at 0430 GMT, would run for 10 hours but could be extended depending on turnout. In mid-afternoon, an Interior Ministry official told state TV that about 11 million of 58 million eligible voters had cast their ballots for candidates in the 290-member parliament.

The election is seen as a referendum on the popularity of the clerical establishment given that most moderates and leading conservative candidates were barred from running.

With thousands of potential candidates disqualified in favor of Supreme Leader Ayatollah Ali Khamenei’s allies, the vote is not expected to ease Iran’s nuclear standoff with the United States or spawn a softer foreign policy.

Parliament’s power is limited, but gains by security hawks could weaken pragmatists and conservatives who support the ruling theocracy but also more economically beneficial engagement with the West, from which Tehran has been estranged since the 1979 Islamic Revolution.

A rise in the number of hardliners in the assembly may also help them in the 2021 contest for president, a job with broad daily control of government. Pragmatist President Hassan Rouhani won the last two elections on promises to open Iran to the outside world.

The United States’ 2018 withdrawal from Iran’s nuclear deal with world powers, and its reimposition of sanctions, have hit Iran’s economy hard and led to widespread hardships.

A U.S. drone strike killed Iran’s most prominent military commander, Qassem Soleimani, in Iraq on Jan. 3. Iran retaliated by firing ballistic missiles at U.S. targets in Iraq, killing no one but causing brain injuries in over 100 soldiers.

Encouraging Iranians to vote, state TV aired footage of people lined up at polling stations set up mainly at mosques.

“I am here to vote. It is my duty to follow martyr Soleimani’s path,” said a young voter at a mosque at a cemetery, where Soleimani is buried in his hometown.

Soleimani, architect of Tehran’s overseas clandestine and military operations as head of the Revolutionary Guards’ Quds Force, was a national hero to many Iranians. He was Iran’s most powerful figure after Khamenei.

“Each vote put into the ballot box is a missile into the heart of America,” said Amirali Hajizadeh, head of the aerospace unit of the Revolutionary Guards.

Rouhani urged Iranians to “further disappoint the enemies” by voting in large numbers.

But weariness among women and the young, who comprise a majority of voters, about high unemployment and restrictions on social freedoms looked likely to depress the turnout.

Iranians who joined large protests in November called on their leaders to focus on improving the battered economy and tackling state corruption, also urging Khamenei to step down.

“I don’t care about this election. Moderates or hardliners, they are all alike. We are getting poorer with each passing day,” university student Pouriya, 24, said by telephone from the city of Isfahan. “I am leaving Iran soon. There are no jobs, no future for us.”

Iranians contacted by Reuters in several cities by telephone said turnout was low.

“In my area in central Tehran not many people are voting. There is one polling station just beside my house in Javadiyeh and only a handful of voters were there when I last checked an hour ago,” said sports teacher Amirhossein, 28.

With Iran facing deepening isolation on the global stage and discontent at home over economic privations, analysts described the election as a litmus test of the leaders’ handling of the political and economic crises.

Health ministry authorities advised voters not to be concerned about the threat of new coronavirus cases, as Tehran confirmed 13 new ones on Friday, two of whom have died.

The slate of hardline candidates is dominated by acolytes of Khamenei, including former members of the Guards, who answer directly to the supreme leader, and their affiliated Basij militia, insiders and analysts say.

Khamenei was the first to cast his ballot, saying voting is “a religious duty”.

The Guardian Council removed 6,850 moderates and leading conservatives from the field, citing various grounds for the rejections including “corruption and being unfaithful to Islam”.

That left voters with a choice mostly between hardline and low-key conservative candidates. On Thursday, the U.S. Treasury Department imposed sanctions on members of the Council over the candidate bans.

Iran’s rulers have faced a legitimacy crisis since last year when protests over a fuel price hike turned political with demonstrators calling for “regime change”. The unrest was met with the bloodiest crackdown since the Islamic Revolution, with hundreds of protesters killed.

Many Iranians are also angry over the shooting-down of a Ukrainian passenger plane in error in January that killed all 176 people on board, mainly Iranians. After days of denials, Tehran said the Guards were to blame. 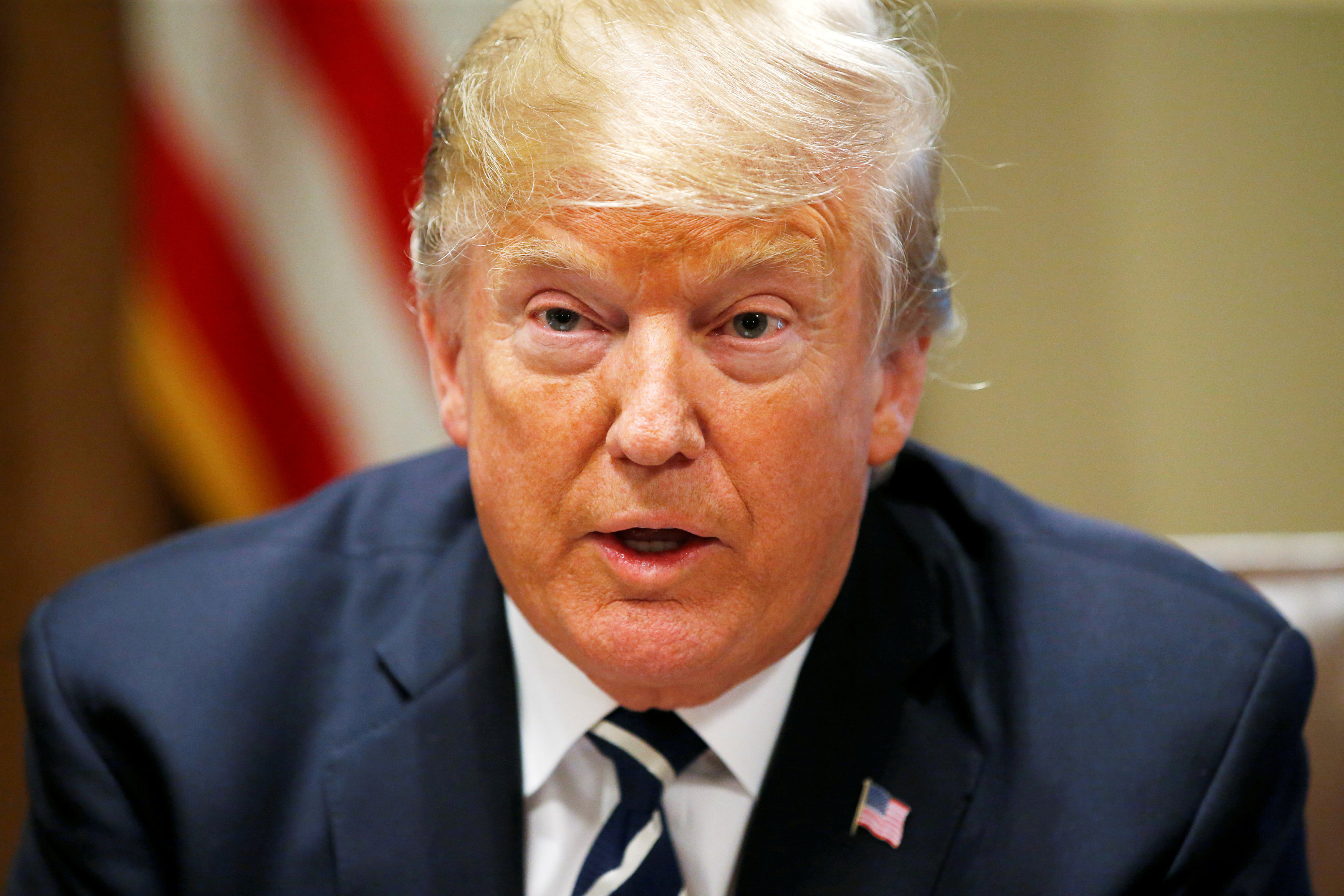 By Warren Strobel and Parisa Hafezi

WASHINGTON/ANKARA (Reuters) – U.S. President Donald Trump told Iran it risked dire consequences “the like of which few throughout history have suffered before” if the Islamic Republic made more threats against the United States.

His words, spelled out in capital letters in a late night Twitter message, came hours after Iranian President Hassan Rouhani told Trump that hostile policies toward Tehran could lead to “the mother of all wars.”

Despite the heightened rhetoric, both sides have reasons to want to avoid starting a conflict that could easily escalate.

Trump’s comments come in the context of a barrage of speeches and online communications meant to foment unrest and pressure Iran to end its nuclear program and its support of militant groups, according to U.S. officials.

Iran has faced increased U.S. pressure and possible sanctions since Trump’s decision in May to withdraw the United States from a 2015 international agreement over Iran’s nuclear program.

In his message directed at Rouhani, Trump wrote: “Never, ever threaten the United States again or you will suffer consequences the likes of which few throughout history have ever suffered before. We are no longer a country that will stand for your demented words of violence and death. Be cautious!”.

Earlier on Sunday, Rouhani had told a gathering of Iranian diplomats: “Mr Trump, don’t play with the lion’s tail, this would only lead to regret.”

Rouhani left open the possibility of peace between the two countries, at odds since the 1979 Islamic Revolution. But Iran’s most powerful authority Supreme Leader Ayatollah Ali Khamenei said on Saturday negotiations with the United States would be an “obvious mistake”.

Rouhani also scoffed at Trump’s threat to halt Iranian oil exports and said Iran has a dominant position in the Gulf and the Strait of Hormuz, a major oil shipping waterway.

“We will never abandon our revolutionary beliefs … we will resist pressure from enemies … America wants nothing less than (to) destroy Iran … (but) Trump cannot do a damn thing against Iran,” Brigadier General Gholamhossein Gheybparvar said.

Trump’s warning to Iran came hours after a speech by U.S. Secretary of State Mike Pompeo who denounced Iran’s clerical leadership as a “mafia” and promised unspecified backing for Iranians unhappy with their government.

“Such policies will unite Iranians who will overcome plots against their country,” Iranian Foreign Ministry spokesman Bahram Qasemi said.

At the same time, Germany said threats of war were “never helpful”.

There is limited appetite in Washington for a conflict with Iran, not least because of the difficulties the U.S. military faced in Iraq after its 2003 invasion but also because of the impact on the global economy if conflict raised oil prices.

Many ordinary Iranians are worried that the war of words might lead to a military confrontation but insiders in Tehran told Reuters that the U.S. administration would not drag the country into another quagmire in the Middle East.

With popular discontent over Iran’s faltering economy and sliding currency, and the prospect of tough new U.S. sanctions, Iran’s leaders have called for unity.

Many ordinary Iranians are largely skeptical of the Trump administration’s support for Iranian citizens because of the harsh U.S. sanctions on the country and a visa ban imposed on Iranians barring them from entering the United States.

However, growing strains with the U.S. will eventually boost Rouhani’s anti-Western hardline rivals who fear losing power if the nuclear deal, championed by Rouhani, ended the country’s political and economic isolation.

Rouhani’s apparent threat earlier this month to disrupt oil shipments from neighboring countries came in reaction to efforts by Washington to force all countries to stop buying Iranian oil.

But the United States has somewhat eased its stance, saying it may grant sanction waivers to some allies that are particularly reliant on Iranian supplies.