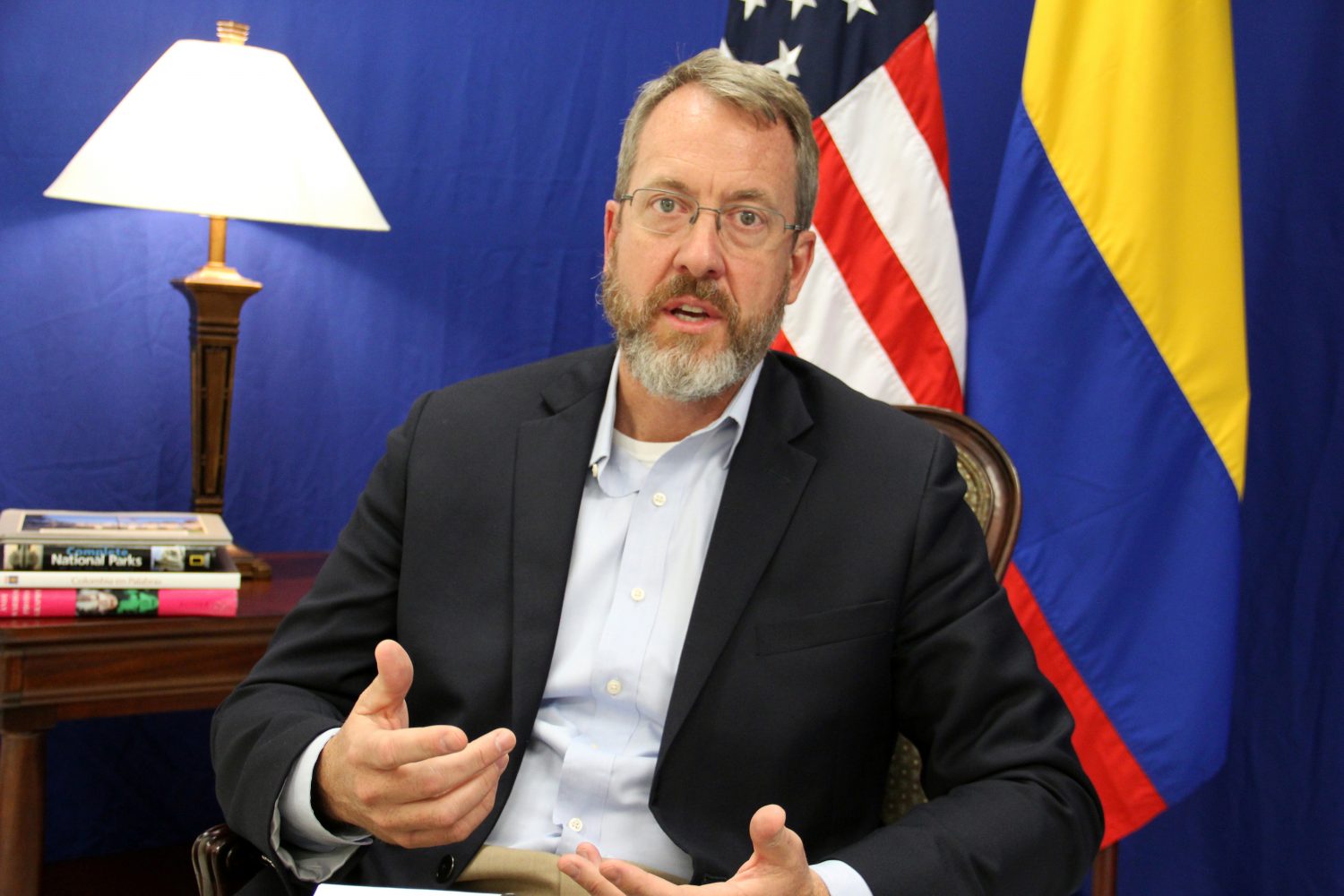 WASHINGTON (Reuters) – The U.S. State Department on Wednesday opened a representative office for Venezuela in Bogota, Colombia, and said it will continue its opposition to Venezuelan President Nicolas Maduro and support for opposition leader Juan Guaido from there.

The Venezuela Affairs Unit (VAU) will be headed by James Story, the U.S. charge d’affaires to Venezuela, who was among the last American diplomats withdrawn from the U.S. embassy in Caracas in March as conditions deteriorated in the country.

“The VAU will continue to work for the restoration of democracy and the constitutional order in that country, and the security and well-being of the Venezuelan people,” the department said in a statement.

Washington has been trying to cut off money to Maduro’s government in an economic and diplomatic campaign aimed at pressuring the socialist leader to step down.

The United States and most Western nations support Guaido, the president of Venezuela’s National Assembly, as the country’s legitimate president. Maduro has accused Guaido of mounting a U.S.-directed coup attempt earlier this year.

In Caracas on Wednesday, Guaido announced the appointment of four new ministers for foreign relations, economic affairs, asset protection and human rights. The majority of them are out of the country due to legal measures from Maduro’s government. 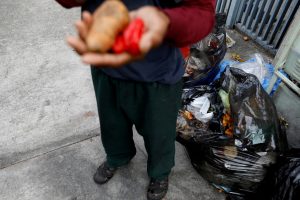 FILE PHOTO: A man holds vegetables after he scavenges for food in a rubbish bin in Caracas, Venezuela February 27, 2019. REUTERS/Carlos Jasso/File Photo

Leopoldo López, founder and leader of Guaido’s Volutad Popular political party, will be coordinating the new ministers. López has been in the residence of the Spanish ambassador in Caracas since May after ending his house arrest.

The new team is intended “to address the complex humanitarian emergency … and, of course, to prepare for the transition of government,” Guaido said.

More than 1.4 million Venezuelans have migrated to Colombia in recent years, fleeing the deep political and economic crisis that has caused long-running shortages of food and medicines.

Colombia has borne the brunt of mass migration from its neighbor.