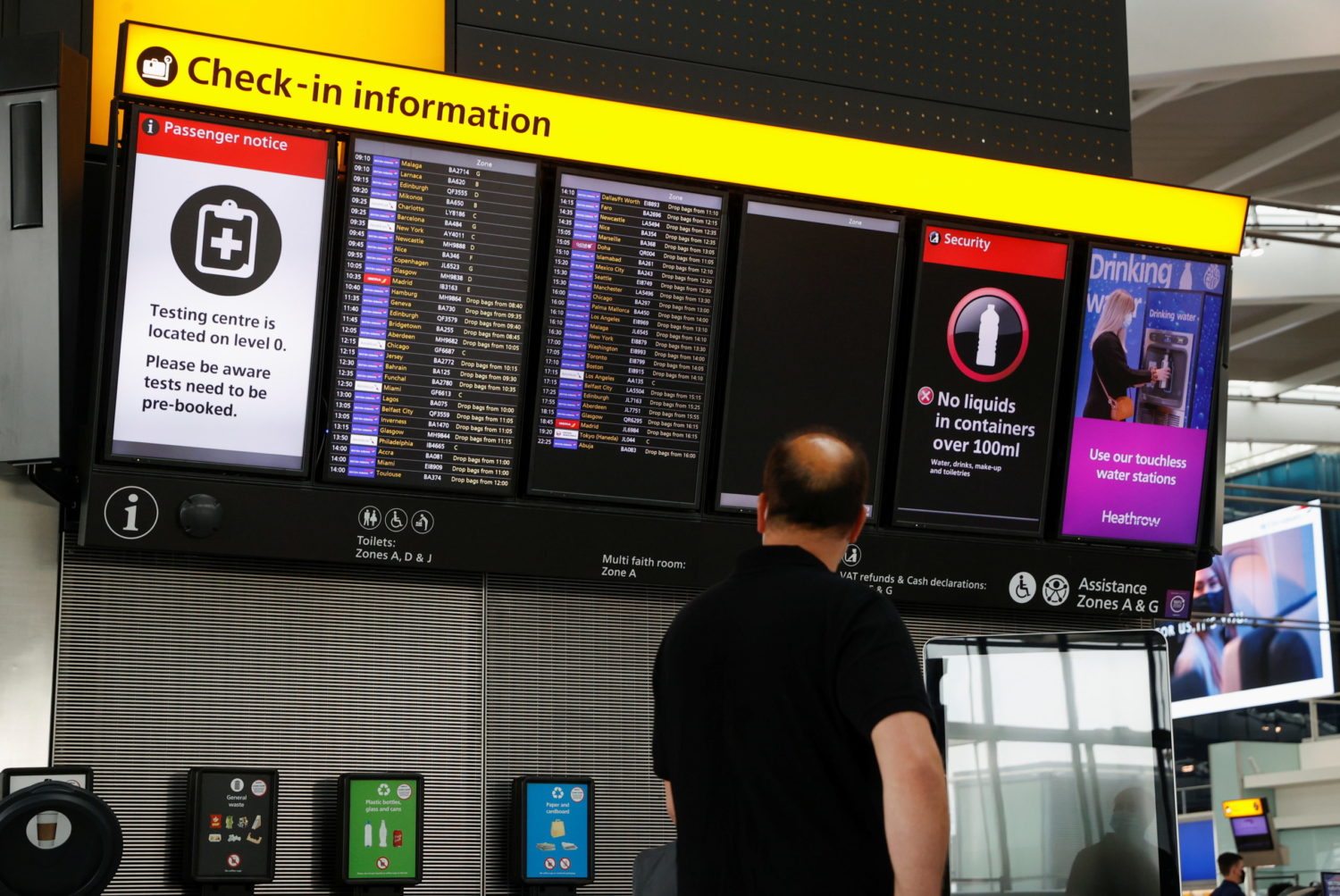 LONDON (Reuters) -Britain has removed Portugal from its quarantine-free travel list, the country’s transport minister said on Thursday, essentially shutting down the UK’s leisure travel market and deepening the pandemic crisis for airlines.

Airline easyJet also said no new countries would be added to the so-called green list.

Britain relaunched travel on May 17 following more than four months of lockdown, with Portugal the only big destination open to UK travelers.

Transport Minister Grant Shapps told reporters that Portugal would be moved to the amber list due to rising COVID-19 case numbers and the risk of a mutation of the virus variant first discovered in India.

Over the last three weeks, Portugal has proved a lifeline for airlines and travel companies. The industry had been expecting a wider reopening this month, but instead will face weeks of cancellations and more uncertainty.

“This decision essentially cuts the UK off from the rest of the world,” easyJet said in an emailed statement.

The airline also said that the UK would be left behind as governments across Europe start to open up travel.

Shares in easyJet and British Airways-owner IAG and Jet2 were down 5%, while Ryanair and TUI, which has a big German customer base as well as British, lost 4% on fears that Europe would lose another peak travel season, when millions of Britons usually head to southern Europe in July and August.

The industry is already weakened by 15 months of lockdowns and it will be severely financially challenged if there is no reopening this summer.

Many companies had hoped for bumper trading given that Britain has one of Europe’s highest vaccination rates and is gradually reopening its domestic economy.

But worries over the spread of new more transmissible variants of coronavirus and the vaccine’s efficacy against them are now threatening that plan.

Data provided by Cirium showed that Ryanair and easyJet had been scheduled to operate over 500 flights from the UK to Portugal in June. The airlines had all added flights to the country in May.

Under the UK system, travel to countries rated amber or red is not illegal but it is discouraged. Spain, France, Italy and the United States are on the amber list which means quarantining on return, restricting demand from Britons for what are usually the most popular destinations.

Prime Minister Boris Johnson had warned the travel industry that protecting the country’s vaccine roll-out was his priority.

“I want you to know we will have no hesitation in moving countries from the green list to the amber list to the red list if we have to do so. The priority is to continue the vaccine rollout, to protect the people of this country,” he told reporters.

Travel companies and airlines have criticized the government for being overly cautious, saying that increasing vaccination rates and testing can make travel safe.