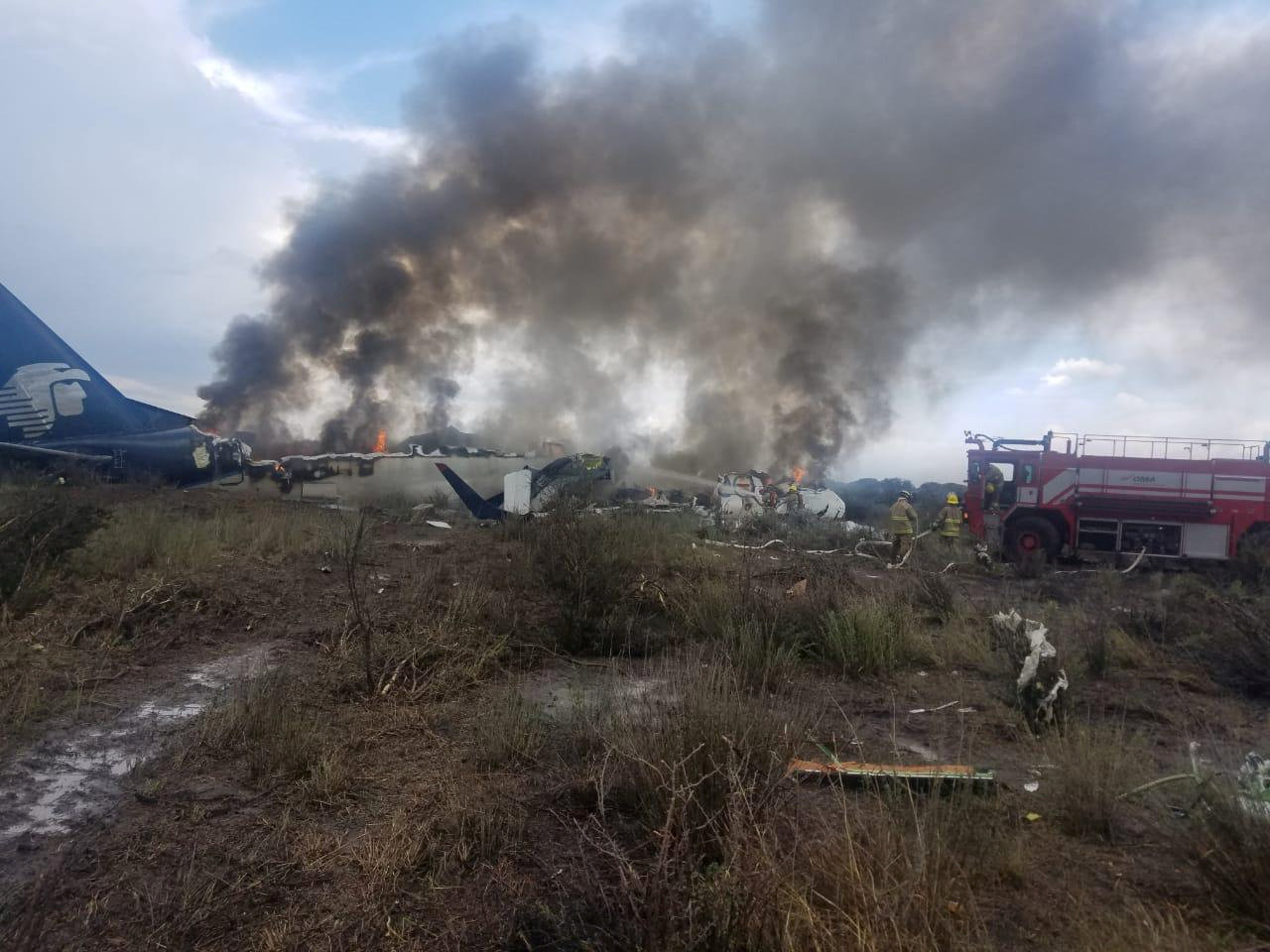 MEXICO CITY (Reuters) – Shortly after boarding her flight in the northern Mexican state of Durango afternoon on Tuesday afternoon, Ashley Garcia had a premonition that something was wrong.

The 17-year-old high school student from Northlake, a suburb of Chicago, was one of 65 U.S. citizens among the 103 passengers and crew aboard the Aeromexico passenger jet that crashed near the runway shortly after take-off.

Settling into her seat, Garcia saw a storm was gathering fast in the distance, and by the time the aircraft began preparing for takeoff it was battered by strong winds, hail and rain. Garcia captured the scene through her window with her cellphone.

The flight crashed moments after taking off, skidding to a halt in scrubland near the runway, a wing in flames. Passengers described how they followed escape procedures, enabling everyone to evacuate without any fatalities.

“We had been told so many times what to do,” Garcia said of the safety protocol passengers around the world are taught every time they board a plane. “No one ever thinks it’s going to happen until it happens to them. We were there for each other… That’s how we were able to get off safely.”

Investigators found the Embraer passenger jet’s recorders on Wednesday and have still to determine the cause of the crash. Aeromexico said 64 people have been released from hospitals. Two people, including the pilot, were more seriously injured.

Garcia was returning to the United States with three cousins after a two-week trip to visit relatives, traveling from Durango to Mexico City to catch a connecting flight to Chicago.

Liliana Gallarzo, Garcia’s cousin, thought the bumpy take-off was turbulence until the aircraft began skidding and panic set in.

“We were screaming,” said Gallarzo, a 19-year-old college student from Chicago. “Everyone was trying to get away from the plane, trying to get out.”

Filing behind fellow travelers, they made their way toward the rear as the aircraft filled with smoke. Garcia grabbed her phone but left her luggage behind, losing her glasses in the shuffle.

When they reached the exit, there were no emergency slides, meaning they had to jump, Garcia said. A trampoline was there to cushion their fall, and fellow passengers helped them make the jump.

Once off the plane, Garcia coughed and vomited, choking for air. A flight attendant directed the cousins to get as far away as possible from the plane, which was soon engulfed by the fire, leaving only smoldering wreckage after firefighters extinguished the blaze. They walked through the rain, their clothes soaked.

After waiting for further direction, they headed closer to the runway, where firefighters, paramedics, and other emergency personnel sprang into action, checking passengers for injuries. Suffering from minor scratches and bruises, Garcia was taken to the hospital, where she underwent X-rays and magnetic resonance imaging (MRI) before returning home that night.

She said the compassion shown to her by emergency personnel affirmed her desire to be a police officer. She has a flight home booked for Friday.

“I didn’t think I would be able to get back on a flight, but I have experienced the worst,” Garcia said. “So now, whatever happens, it’s meant to happen.” 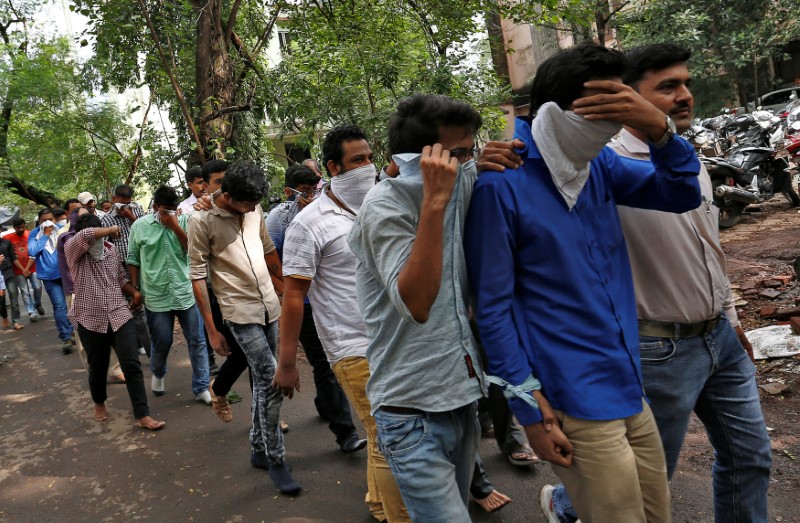 MUMBAI (Reuters) – Police in India said they arrested 70 call-centre workers on Wednesday on suspicion of tricking American citizens into sending them money by posing as U.S. tax officials.

A total of 772 workers were detained earlier on Wednesday in raids on nine call centers in a Mumbai suburb, a senior police official told Reuters. Seventy were placed under formal arrest, 630 were released pending questioning over the coming days, and 72 were freed without further investigation.

“The motive was earning money,” said Parag Manere, a deputy commissioner of police. “They were running an illegal process, posing themselves as officers of the (U.S.) Internal Revenue Service.”

The police official did not identify the company where the call center workers were employed, or any of the main players involved in the alleged scam. He also declined comment on whether Mumbai police were investigating in conjunction with U.S. authorities, or comment on what prompted the inquiry.

Manere said the alleged scammers asked Americans to buy prepaid cash cards in order to settle outstanding tax debts and also used the threat of arrest against people who did not pay up.

Last year, a Pennsylvania man who helped coordinate a fraud in which India-based callers preyed on vulnerable Americans by pretending to be U.S. government agents was sentenced to 14-1/2 years in prison.

India is home to a vast number of back office operations for North American and European companies. Thousands of call centers in India provide back office services to these firms, processing everything from utility payments to credit card bills.

While such business arrangements help Western companies cut costs, there have been frequent allegations of security breaches and improper trading of consumers’ account details and other commercial information for profit.