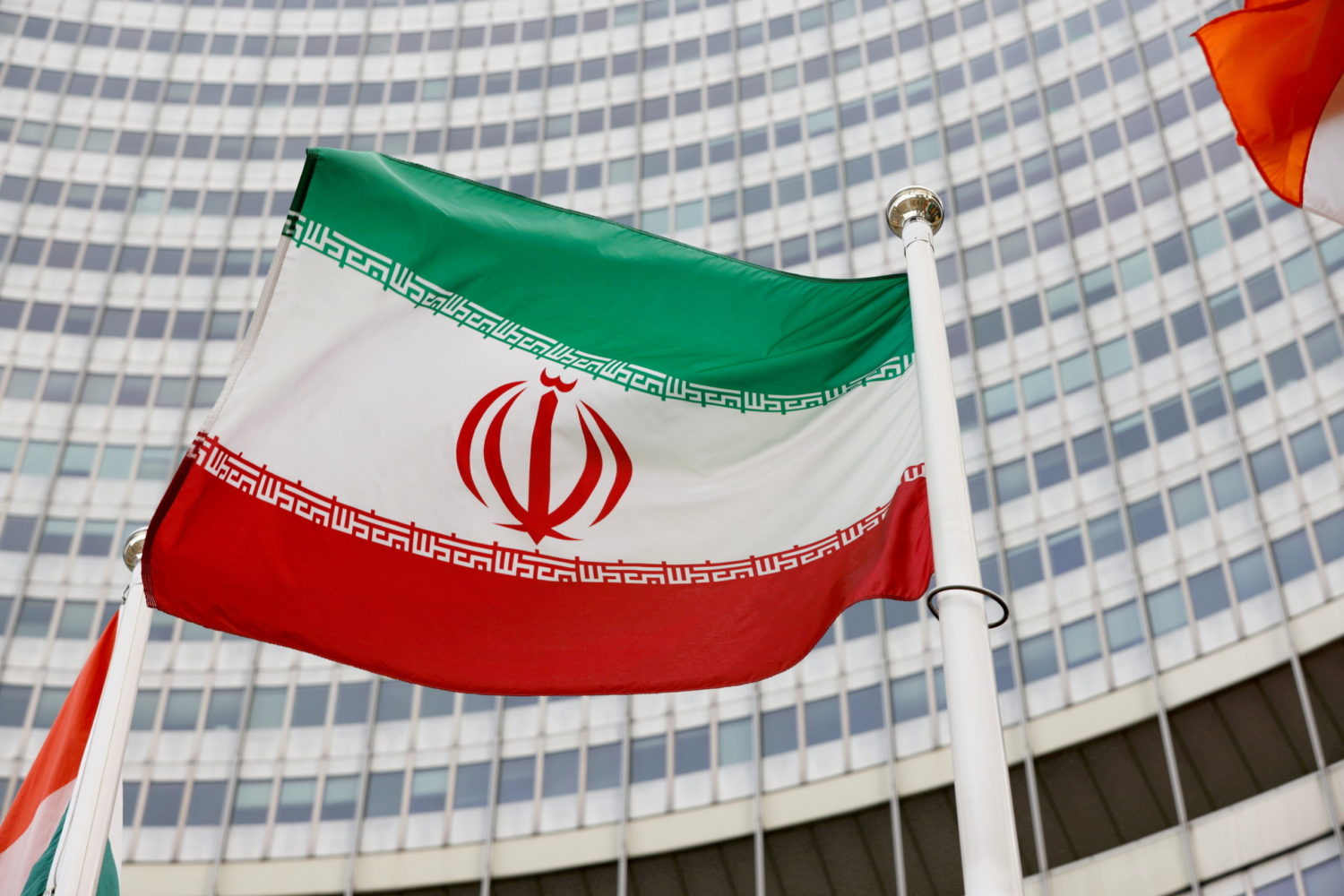 By Parisa Hafezi and Humeyra Pamuk

VIENNA/STOCKHOLM (Reuters) -The United States and Iran both sounded pessimistic on Thursday about the chances of reviving the 2015 Iran nuclear deal, with Washington saying it had little cause for optimism and Tehran questioning the determination of U.S. and European negotiators.

“I have to tell you, recent moves, recent rhetoric, don’t give us a lot of cause for … optimism,” U.S. Secretary of State Antony Blinken told reporters in Stockholm, saying he could judge in a day or so if Iran would engage in good faith.

Blinken made the comments after Iran provided the European powers who are shuttling between U.S. and Iranian officials in Vienna with drafts on sanctions removal and nuclear commitments, as world powers and Tehran seek to reinstate the tattered pact.

“We went to Vienna with serious determination, but we are not optimistic about the will and the intention of ⁧‫the United States ⁩and the three European parties to the deal,” Iranian foreign minister Hossein Amirabdollahian was quoted by Iranian media as saying in a telephone conversation with his Japanese counterpart.

While Blinken said “it is not too late for Iran to reverse course and engage meaningfully,” it appeared as if both sides might be seeking to avoid the blame if the talks break down.

The comments came on the fourth day of indirect U.S.-Iran talks on bringing both nations fully back into the deal, under which Iran limited its nuclear program in return for relief from U.S., European Union and U.N. economic sanctions.

The talks resumed on Monday after a five-month hiatus prompted by Iran’s election of an anti-Western hardliner as president.

The U.N. nuclear watchdog said on Wednesday that Iran has started producing enriched uranium with advanced centrifuges at its Fordow plant dug into a mountain, further eroding the nuclear deal during talks with the West on saving it.

“What Iran can’t do is sustain the status quo of building their nuclear program while dragging their feet on talks. That will not happen,” Blinken told reporters in Stockholm in a possible reference to that development.

It was unclear whether Blinken had been briefed on the latest proposals by the Iranians when he made his comments.

“We have delivered two proposed drafts to them … Of course they need to check the texts that we have provided to them. If they are ready to continue the talks, we are in Vienna to continue the talks,” Iran’s chief nuclear negotiator Ali Bagheri Kani told reporters in the Austrian capital.

A European diplomat in Vienna confirmed draft documents had been handed over.

Under the pact, Tehran limited its uranium enrichment program, a potential pathway to nuclear weapons though Iran says it seeks only civilian atomic energy, in exchange for relief from the economic sanctions.

But in 2018, then-U.S. President Donald Trump abandoned the deal, calling it too soft on Iran, and reimposed harsh U.S. sanctions, spurring Tehran to breach nuclear limits in the pact.

“We want all sanctions to be lifted at once,” Bagheri told reporters. He said an Iranian proposal regarding how to verify the removal of sanctions – Tehran’s overriding priority in the talks – would be handed over to the European parties later.

A senior European diplomat estimated on Tuesday that 70-80% of a draft deal on salvaging the 2015 accord was completed when Iran and world powers last met in June, though it remained unclear if Tehran would resume talks where they left off. 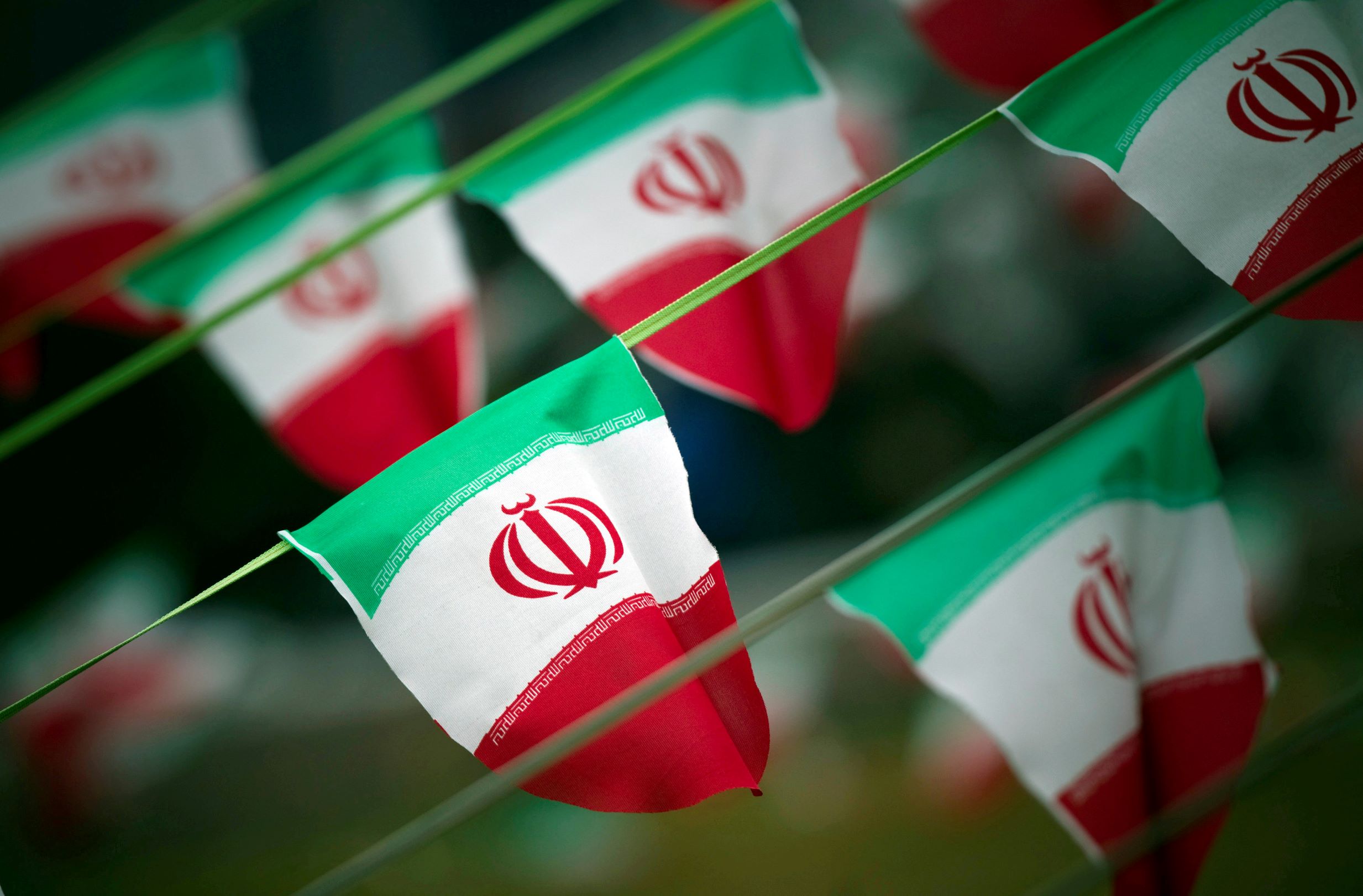 DUBAI (Reuters) – Iran has stepped up activity at its underground Fordow nuclear plant, state TV said on Wednesday, a move France said showed for the first time that Tehran explicitly planned to quit a deal with world powers that curbed its disputed nuclear work.

In another development that could also aggravate tensions between Iran and the West, diplomats said Iran briefly held an inspector for the U.N. nuclear watchdog and seized her travel documents, with some describing this as harassment.

The incident involving an International Atomic Energy Agency’s (IAEA) inspector appeared to be the first of its kind since Tehran’s landmark deal with major powers was struck in 2015, imposing restraints on its uranium enrichment program in return for the lifting of international sanctions.

Iran’s decision to inject uranium gas into centrifuges at Fordow, a move that further distances Iran from the accord, was described by Moscow as extremely alarming. Iran once hid Fordow from the IAEA until its exposure by Western spies in 2009.

“With the presence of inspectors from the International Atomic Energy Agency, Iran started injecting (uranium) gas into centrifuges in Fordow,” TV reported.

A central aim of the agreement was to extend the time the Islamic Republic would need to assemble a nuclear weapon, if it chose to do so, to a year from about 2-3 months. Iran has repeatedly denied any such intention.

The 2015 deal bans Fordow from producing nuclear material. But, with feedstock gas entering its centrifuges, the facility – built inside a mountain – will move from the permitted status of research plant to being an active nuclear site.

A spokesman for Iran’s Atomic Energy Organization, Behrouz Kamalvandi, told state TV later that the injection of uranium gas would start at midnight (2030 GMT). He said the centrifuges there would enrich uranium up to 4.5% fissile purity. Ninety percent purity is required for bomb-grade fuel.

President Hassan Rouhani, an architect of the 2015 deal, blamed Washington for Iran’s rolling back of its commitments, saying Fordow would soon fully resume uranium enrichment work.

“Iran’s fourth step in reducing its commitments under the JCPOA (the 2015 nuclear deal) by injecting gas to 1,044 centrifuges begins today. Thanks to U.S. policy and its allies, Fordow will soon be back to full operation,” Rouhani tweeted.

Last year, U.S. President Donald Trump exited the deal, saying it was flawed to Iran’s advantage. Washington has since renewed and intensified sanctions on Iran, slashing its economically vital crude oil sales by more than 80%.

“I think that for the first time, Iran has decided in an explicit and blunt manner to leave the JCPOA, which marks a profound shift,” said Macron, who has been at the forefront of efforts by European signatories to salvage the deal after the United States withdrew.

When asked whether Paris would support triggering a dispute mechanism enshrined in the deal, Macron said technical and ministerial meetings would be held to discuss the wider implications of Iran’s actions.

In Moscow, Russian Foreign Minister Sergei Lavrov said events unfolding around the nuclear deal were deeply disturbing and called on Iran to stick to the terms of the deal.

But he added that Moscow understood why Tehran was cutting back on its commitments, and blamed the situation on the U.S. decision to pull out of the pact.

Responding to Washington’s “maximum pressure” policy, Iran has bypassed the restrictions of the deal step-by-step – including by breaching both its cap on stockpiled enriched uranium and on the fissile level of enrichment.

“Iran has taken its fourth step to decrease its nuclear commitments to the deal in reaction to the increased U.S. pressure and inactivity of European parties to the deal to save it,” Iranian state TV added.

In Vienna, the U.N. nuclear watchdog said IAEA inspectors remained on the ground in Iran and would report back on relevant activities.

Iranian authorities said on Tuesday that Tehran will enrich uranium to 5% at Fordow, which will further complicate the chances of saving an accord that European powers, Russia and the European Union have urged Iran to respect.

The agreement capped the level of purity to which Iran can enrich uranium at 3.67% – suitable for civilian power generation and far below the 90% threshold of nuclear weapons grade.

On Monday, Iran said it had accelerated enrichment by doubling the number of advanced IR-6 centrifuges in operation, adding that it was working on “a prototype called the IR-9, which works 50 times faster than IR-1 centrifuges”.

The deal, under which international sanctions against Iran were lifted, was tailored to extend the “breakout time” – how long Iran would need to accumulate enough fissile material for a nuclear bomb.

Iran has given another two-month deadline to Britain, France and Germany to salvage the deal. Leaving room for diplomacy, Tehran says talks are possible if Washington lifts all the sanctions and itself returns to the nuclear deal.

The incident involving the IAEA inspector is due to be discussed at a meeting of the agency’s 35-nation Board of Governors on Thursday convened at short notice to discuss “two safeguards matters” not specified in the agenda.

“The agency wants to show how seriously they are taking this. It is a potentially damaging precedent,” one Western official said. An IAEA spokesman and Iran’s ambassador to the U.N. watchdog declined to comment.