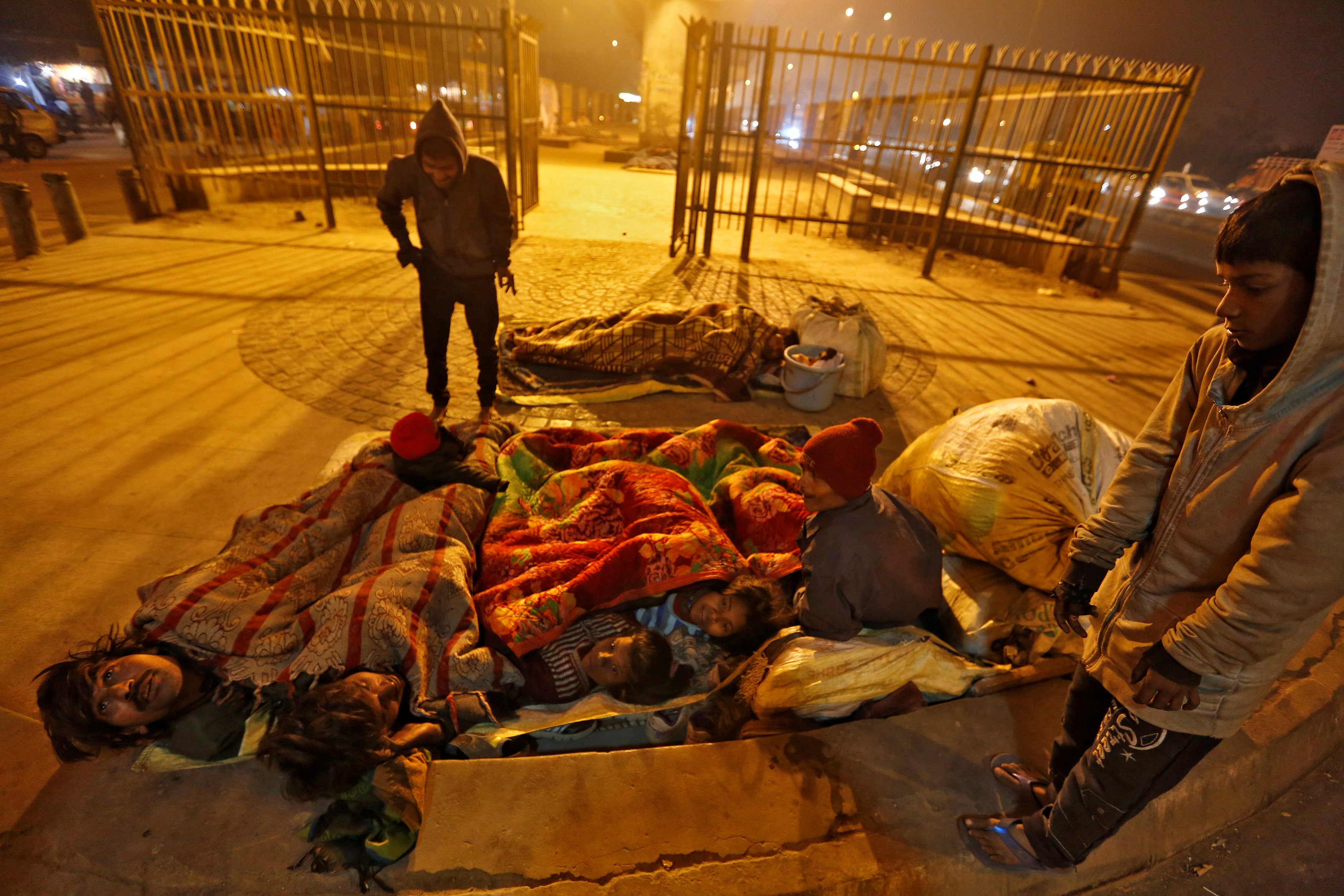 MUMBAI (Thomson Reuters Foundation) – Buses and portable cabins are doubling up as shelters for the homeless in northern India amidst a cold snap that has killed at least a dozen people, highlighting a critical lack of affordable housing, campaigners said on Tuesday.

There are nearly 1 million urban homeless in India, according to official data, although charities estimate the actual number to be three times higher.

The urban homeless population rose by a fifth in the decade to 2011, as thousands migrated from villages in search of better prospects. Every year, hundreds die from exposure to the cold or heat on city pavements or station platforms.

“Shelters are important, and we must ensure there are enough of them, but they are only a temporary solution,” said Shivani Chaudhry, head of advocacy group Housing and Land Rights Network in Delhi.

“We need to address the structural issues for a long-term solution: affordable housing for everyone,” she told the Thomson Reuters Foundation.

The Supreme Court in 2010 ordered one homeless shelter for every 100,000 people in 62 major cities, with facilities including drinking water, subsidized meals, bedding and lockers.

But few states have complied.

In Delhi, there are 263 shelters for more than 200,000 homeless people. Temperatures fell to as low as 2.6 degrees Celsius (37°F) last week, and residents complained about a lack of hot water, inadequate toilets and rats in shelters.

A Delhi civic official said facilities were being improved, and that free healthcare and skills training was being provided. The city has also launched a mobile app that enables people to alert officials to people on the street at night.

“We have enough shelters as per the guidelines, but we are aware there are still people sleeping on the streets,” said Bipin Rai at the Delhi Urban Shelter Improvement Board.

“We also recognize that shelters are only a temporary arrangement and what is really needed are hostels and cheap rental housing,” he said. 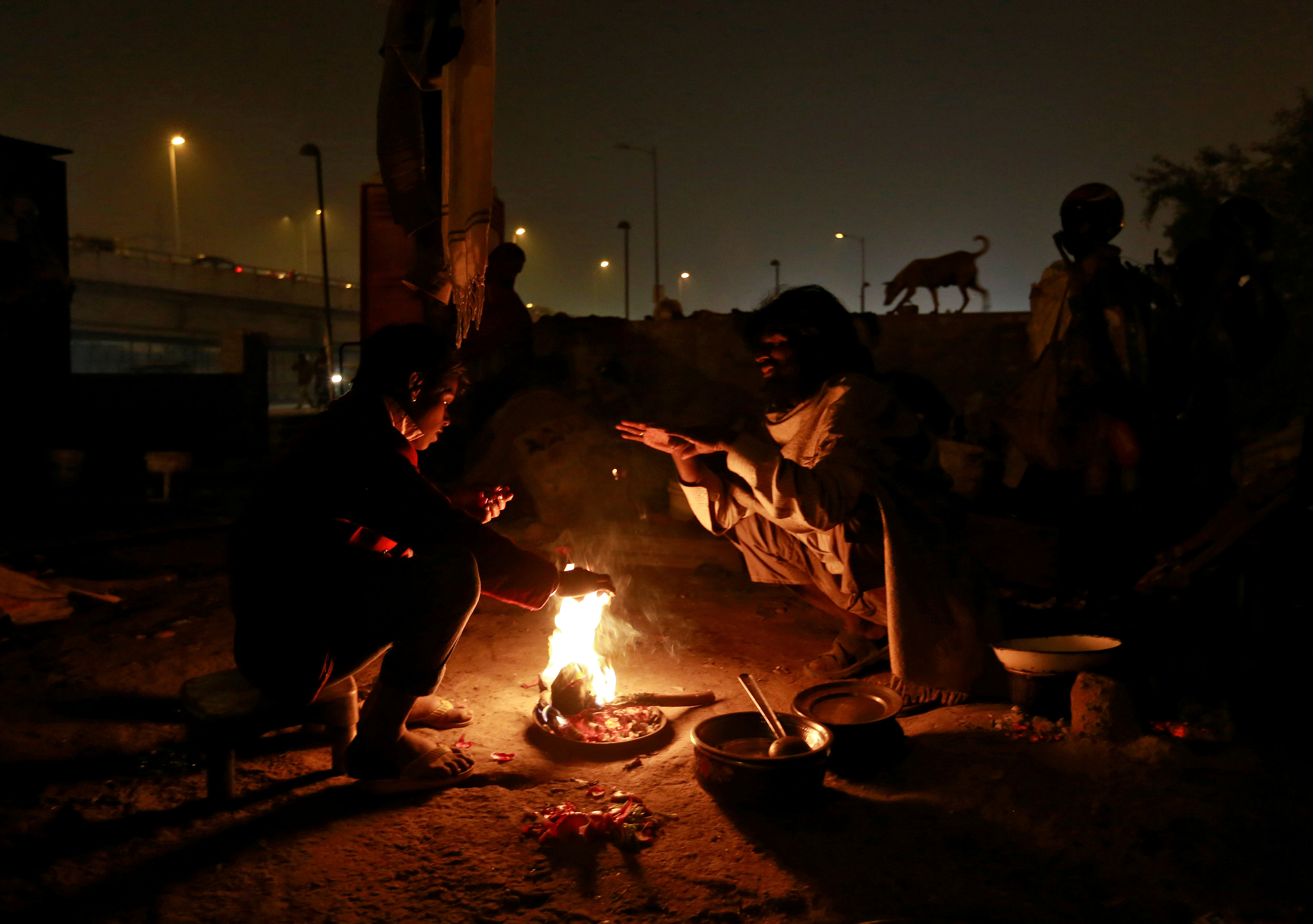 People warm themselves by a fire to escape the cold in Delhi, India January 16, 2017. REUTERS/Cathal McNaughton

India has unveiled a plan to provide housing for all by 2022, creating 20 million new units and rehabilitating existing slums. But the slow pace of implementation is leaving thousands homeless as pavement dwellers are evicted.

In the high-tech hub of Gurgaon, about an hour’s drive from Delhi, civic officials are using portable shelters and have fitted out six buses with mattresses and blankets to take in about 400 homeless people at night.

In Mumbai, which has some of the most expensive real estate in the world, the homeless are particularly vulnerable during the monsoon rains, which can last up to four months.

For its more than 57,000 homeless people, the city has nine shelters, less than a tenth of the mandated number.

“We have funds to run shelters, but where is the space in the city?” said Pallavi Darade, a civic official.

“We are looking to have 20-25 shelters, and our focus is ensuring street children have a safe place to sleep in.”

Charities and start-ups are stepping in with innovations including weatherproof tents that can be set up on pavements.

But what’s also needed is the political will to find solutions, including social rental housing, said Chaudhry.

“We pay greater attention to homelessness in the winter, but more people die in the summer. They deserve our attention every day,” she said.