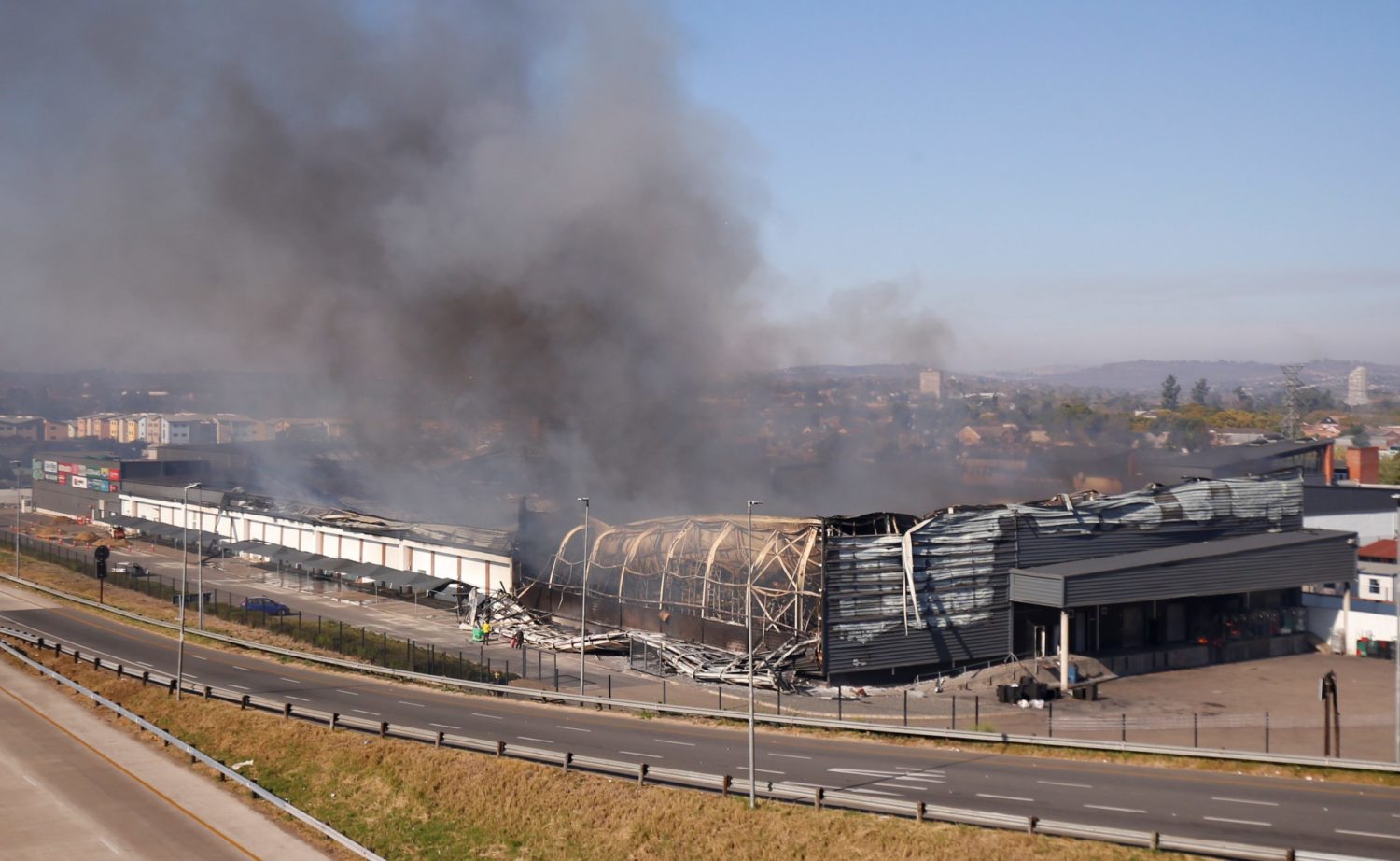 JOHANNESBURG (Reuters) – South Africa’s big retailers are working round the clock to replenish shelves with food in hundreds of stores looted this week in some of the country’s worst unrest for years, they said on Friday.

Retailers also said they are racing to keep stores unaffected by the violence stocked as some shoppers were stripping shelves with panic buying, though blocked roads and disruptions to supply chains were hampering their efforts.

Retailers were just starting to recover from months of coronavirus restrictions when the violence triggered by the jailing of former president Jacob Zuma erupted and the looting could now set them back several months.

Massmart, which is majority owned by U.S. retail giant Walmart Inc, said protesters had looted 41 of its stores and two of its distribution centers, with four sites suffering significant damage from arson.

TFG, the owner of Foschini clothing and @home chains, said 190 stores had been looted and damaged to varying degrees. All its stores in KwaZulu-Natal province are shut.

“The timeline to reopen will be quick in some locations whilst in others it will be dependent on the nature and extent of the damage and on the availability of the relevant resources and supply chains,” TFG said.

Pepkor, which is majority owned by Steinhoff International, said 489 stores, representing about 9% of its retail outlets, had been damaged and looted as well as one of the JD Group’s distribution centers in KwaZulu-Natal.

Pepkor’s supply chain and distribution operations in the affected areas have been severely disrupted, it said.

All three retailers, as well as grocery chains Pick n Pay, Shoprite and SPAR Group, whose 184 stores were looted and vandalized, said the priority was to replenish shelves as concerns about food shortages mount.

SPAR trucks were dispatched on Friday with security escorts and the chain said it would try to restock all its KwaZulu-Natal stores open for business over the weekend.

Woolworths said it was working closely with suppliers to make sure its stores were stocked.

“This is largely dependent on the reopening of key transport routes, the ability of local suppliers to continue production, the ability of our staff to access our stores and the safety of our logistics and distribution operations,” it said.