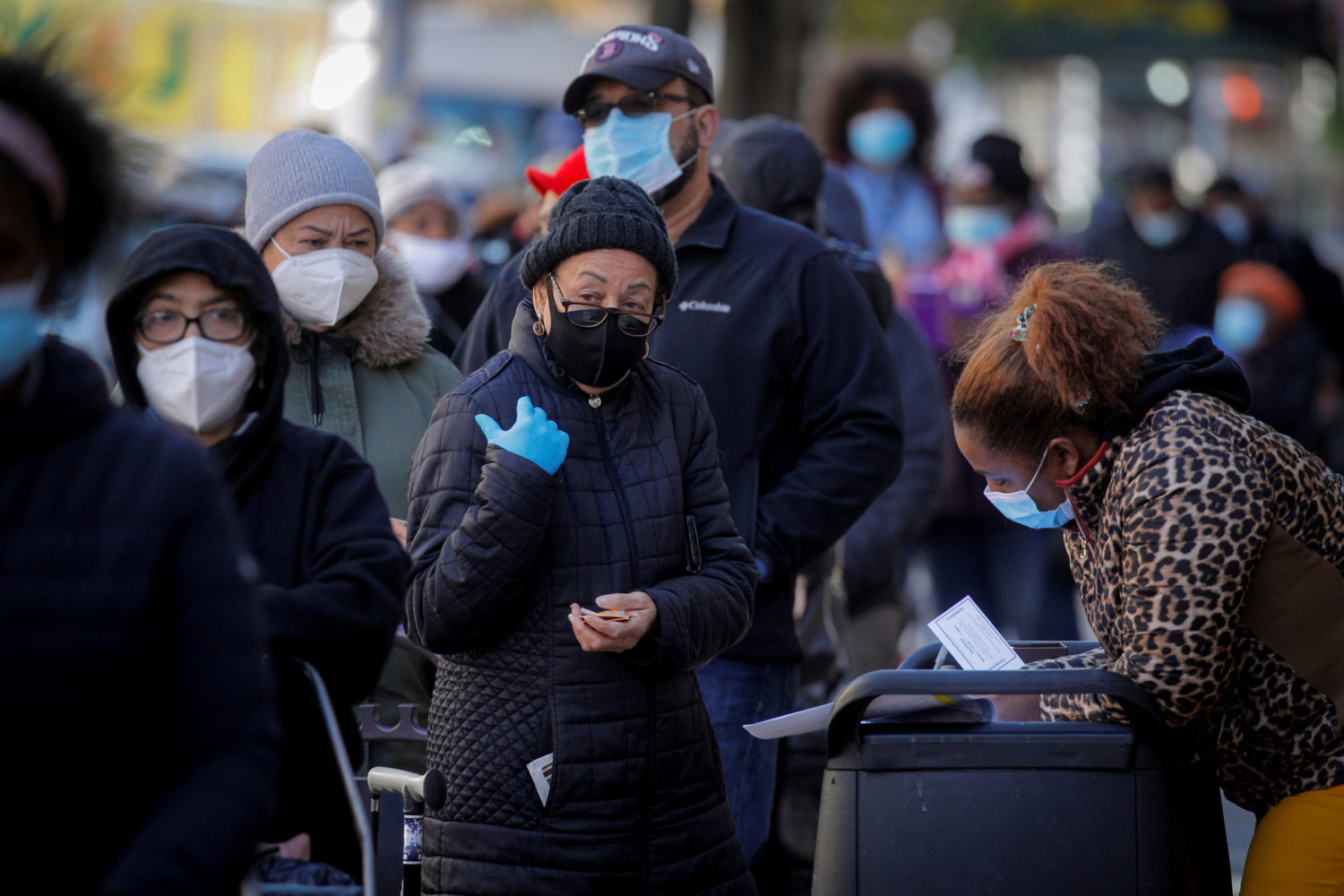 (Reuters) – U.S. households across the board built up savings during the pandemic, but low-income households are burning through their cash more quickly than higher-income families and could be out of savings soon if more aid is not delivered, according to a study released on Wednesday.

By the end of October, the median low-income family spent 64% of the extra cash they accumulated this year compared with last year, leaving them with about $236 in extra cash, according to a report released Wednesday by the JPMorgan Chase Institute. In contrast, higher-income households lost just 38% of the cash cushion built up this year, and had a median $810 in savings, the study found.

“If these trends continue, we would expect low-income families to deplete their account balance gains sooner than their high-earning counterparts,” researchers noted in the report.

The JPMorgan Chase study showed that cash balances appeared steady on average after rising earlier this year, in line with a separate report released by the Federal Reserve last week showing that balances in cash, checking accounts and savings deposits rose over the three months ending in September to a record $13.4 trillion.

But a look at cash balances for the median household – which is not affected as much by households with abnormally high, or unusually low, account balances – showed a more volatile experience.

The median cash balance for checking account holders studied by JPMorgan Chase rose in the spring when the government distributed cash payments to most households – and balances have been declining since.

Those households could experience another substantial drop in income and spending at the end of the year when unemployment benefits are set to expire for millions of workers participating in pandemic programs created by the CARES Act, the researchers said.

Lawmakers have yet to reach an agreement on another round of aid. Some COVID-19 relief measures could be attached to a critical spending measure that must be passed by Friday to avoid a federal government shutdown.