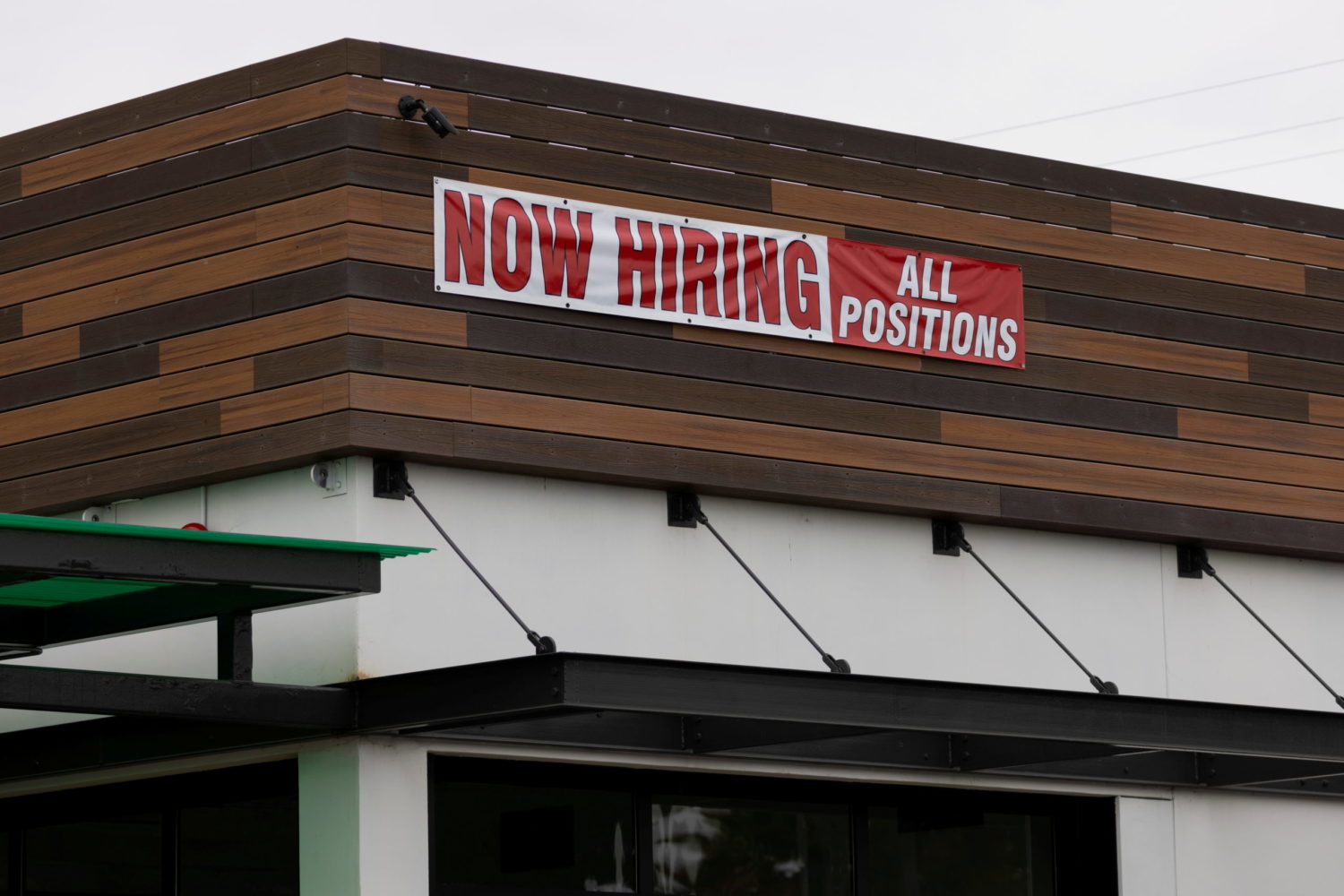 WASHINGTON (Reuters) -U.S. job openings raced to a new record high in July while layoffs rose moderately, suggesting last month’s sharp slowdown in hiring was due to employers being unable to find workers rather than weak demand for labor.

The Labor Department’s monthly Job Openings and Labor Turnover Survey, or JOLTS report, on Wednesday also showed a steady increase in the number of workers voluntarily quitting their jobs, a sign of confidence in the labor market.

“This is a super tight job market,” said Jennifer Lee, a senior economist at BMO Capital Markets in Toronto. “The ongoing struggle to find the right worker for the right role continues.”

Job openings, a measure of labor demand, jumped 749,000 to 10.9 million on the last day of July, the highest level since the series began in December 2000. The broad increase in vacancies was led by the health care and social assistance, finance and insurance, and accommodation and food services industries.

Job openings rose in the Northeast, South, Midwest and West regions. The job openings rate surged to a record 6.9% from 6.5% in June, driven by medium-sized businesses with 50-249 employees. The rate for large firms with 5,000 or more employees fell.

Hiring slipped 160,000 to 6.7 million, pulled down by decreases in retail trade, durable goods manufacturing and educational services. State and local government education hiring increased, as did federal government employment. The hiring rate fell to 4.5% from 4.7% in June. The hires rate dropped for large businesses with 5,000 or more employees.

The JOLTS report followed in the wake of a government report last Friday that showed nonfarm payrolls increased by only 235,000 jobs in August, the smallest gain since January, after surging by 1.053 million in July.

Lack of affordable childcare, fears of contracting the coronavirus, generous unemployment benefits funded by the federal government as well as pandemic-related retirements and career changes have been blamed for the disconnect.

The labor crunch is expected to ease starting in September, with the government-funded unemployment benefits having expired on Monday. The new school year is underway and most school districts are offering in-person learning.

But soaring COVID-19 cases, driven by the Delta variant of the coronavirus, could cause reluctance among some people to return to the labor force. Employment is 5.3 million jobs below its peak in February 2020.

The JOLTS report also showed 107,000 people voluntarily quit their jobs in July, lifting the total to 4.0 million. That reflected increases in the wholesale trade as well as state and local government education areas.

There were decreases in the number of people quitting in the transportation, warehousing, utilities and federal government categories.

The quits rate was unchanged at 2.7%. It is normally viewed by policymakers and economists as a measure of job market confidence. Some economists said the JOLTS report could put pressure on the Federal Reserve to announce when it would start scaling back its massive monthly bond-buying program.

Fed Chair Jerome Powell last month affirmed the ongoing economic recovery, but offered no signal on when the U.S. central bank plans to cut its asset purchases beyond saying it could be “this year.”

“It takes two to tango and the problem with job creation would appear to be a reluctance to supply labor, not a diminishment of demand, and we would love to hear the economic theory that explains how continued Fed bond purchases encourage workers to return to work,” said Conrad DeQuadros, a senior economic advisor at Brean Capital in New York.

“Even if demand slows down or even falters, job seekers remain in a relatively favorable bargaining position,” said Nick Bunker, director of research at Indeed Hiring Lab.