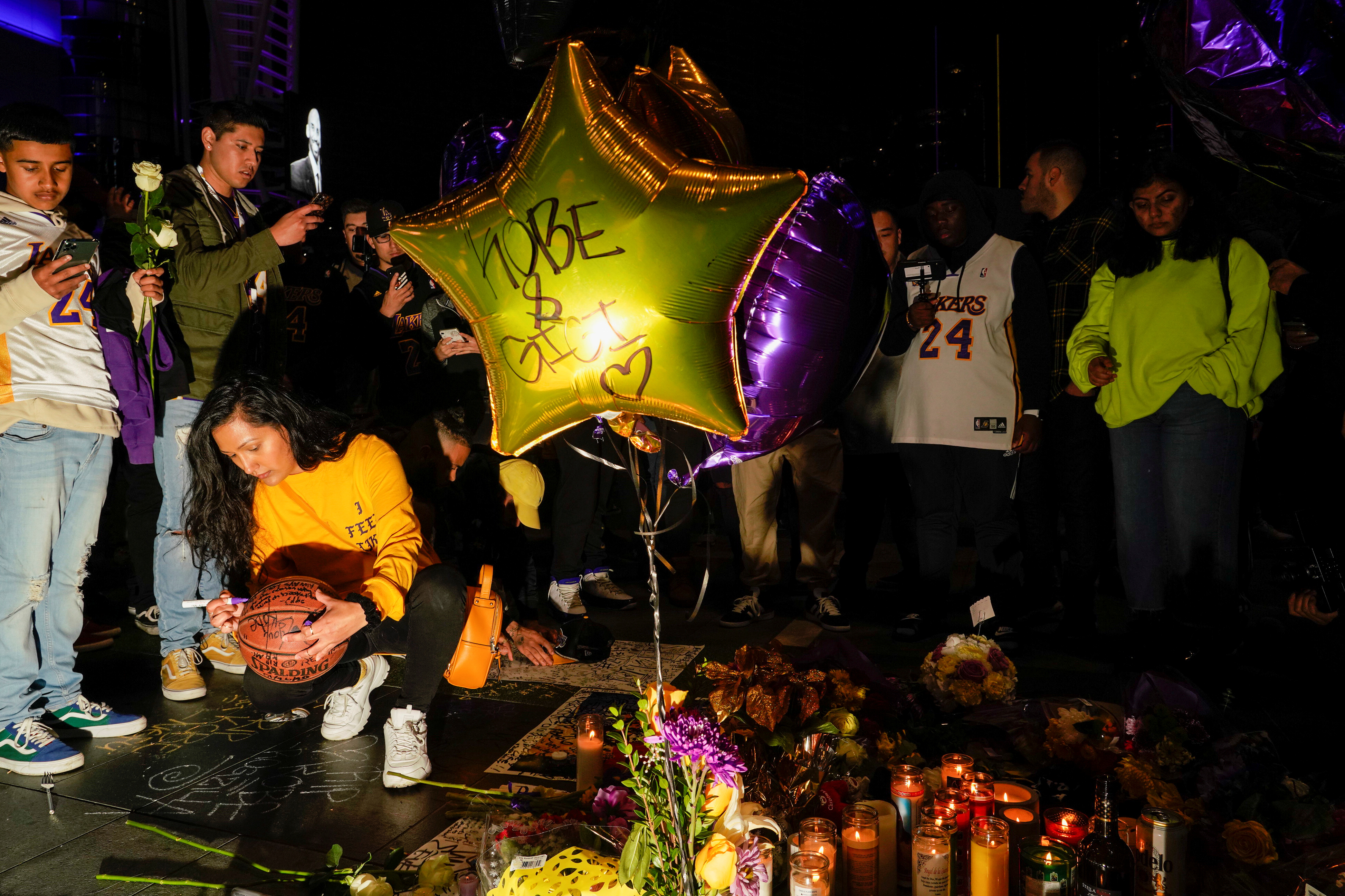 CALABASAS, Calif. (Reuters) – Weather conditions appear likely to come under the scrutiny of investigators probing the helicopter crash that killed former NBA superstar Kobe Bryant, his daughter and seven others near Los Angeles on Sunday, when overcast skies and fog grounded other aircraft.

A Sikorsky S-76 chopper owned by Bryant slammed into a steep hillside outside the town of Calabasas, California, about 40 miles (65 km) northwest of downtown Los Angeles, igniting a brush fire and spreading debris over a quarter-acre (1,000 square meters) of grassy terrain.

The deaths of Bryant, 41, and his 13-year-old daughter, Gianna, were confirmed by the National Basketball Association, as expressions of disbelief and grief poured in from fans, fellow athletes and politicians.

Bryant and his entourage were reported by local media to have been on their way to a sports academy in the nearby city of Thousand Oaks, where he was to have coached his daughter’s basketball team in a youth tournament.

Investigators from the Federal Aviation Administration and the National Transportation Safety Board began arriving in the area on Sunday to launch separate crash investigations.

Among the factors expected to be at the forefront of the probe are weather conditions, given that forecasters reported low clouds and limited visibility in the vicinity at the time of the crash, and various eyewitnesses recounted thick fog over the foothills where the helicopter went down.

“The weather situation did not meet our minimum standards for flying,” a Los Angeles police spokesman Josh Rubenstein told the Times.

The sheriff’s department also grounded helicopters on Sunday morning, “basically because of the weather,” Sheriff Alex Villanueva said, according to the Times.

The one-time star forward was known since his playing days to travel frequently by helicopter to avoid the Los Angeles area’s notorious traffic.

Bryant rocketed to fame as an 18-year-old rookie and played 20 years for the Los Angeles Lakers – 18 of them as an all-star – winning five NBA championships. He was the fourth-highest scorer in league history, with 33,643 career points.

Others aboard the ill-fated helicopter, in addition to the pilot, included a teammate from Bryant’s daughter’s basketball team Alyssa Altobelli, and the girl’s parents John and Keri Altobelli.

John Altobelli was just about to start his 28th season as baseball coach at Orange Coast College, having won his fourth state championship just last year, the college said in a news release on his death.

The same statement identified Keri and Alyssa Altobelli as victims of the crash.

The Altobellis are survived by two of Alyssa’s siblings, J.J. and Lexi, the college said.

Also killed on board was Christina Mauser, an assistant girls basketball coach at a private school in Orange County, Mayor Katrina Foley of Costa Mesa, California, said on Twitter.

Mauser was the wife of Matt Mauser, singer of the rock and party band Tijuana Dogs, who mourned his wife with a statement on Facebook.

“My kids and I are devastated. We lost our beautiful wife and mom today in a helicopter crash. Please respect our privacy. Thank you for all the well wishes they mean so much,” Mauser wrote.

Sarah Chester and her middle-school-aged daughter Payton were on also on board, according to a Facebook post by elementary school principal Todd Schmidt. 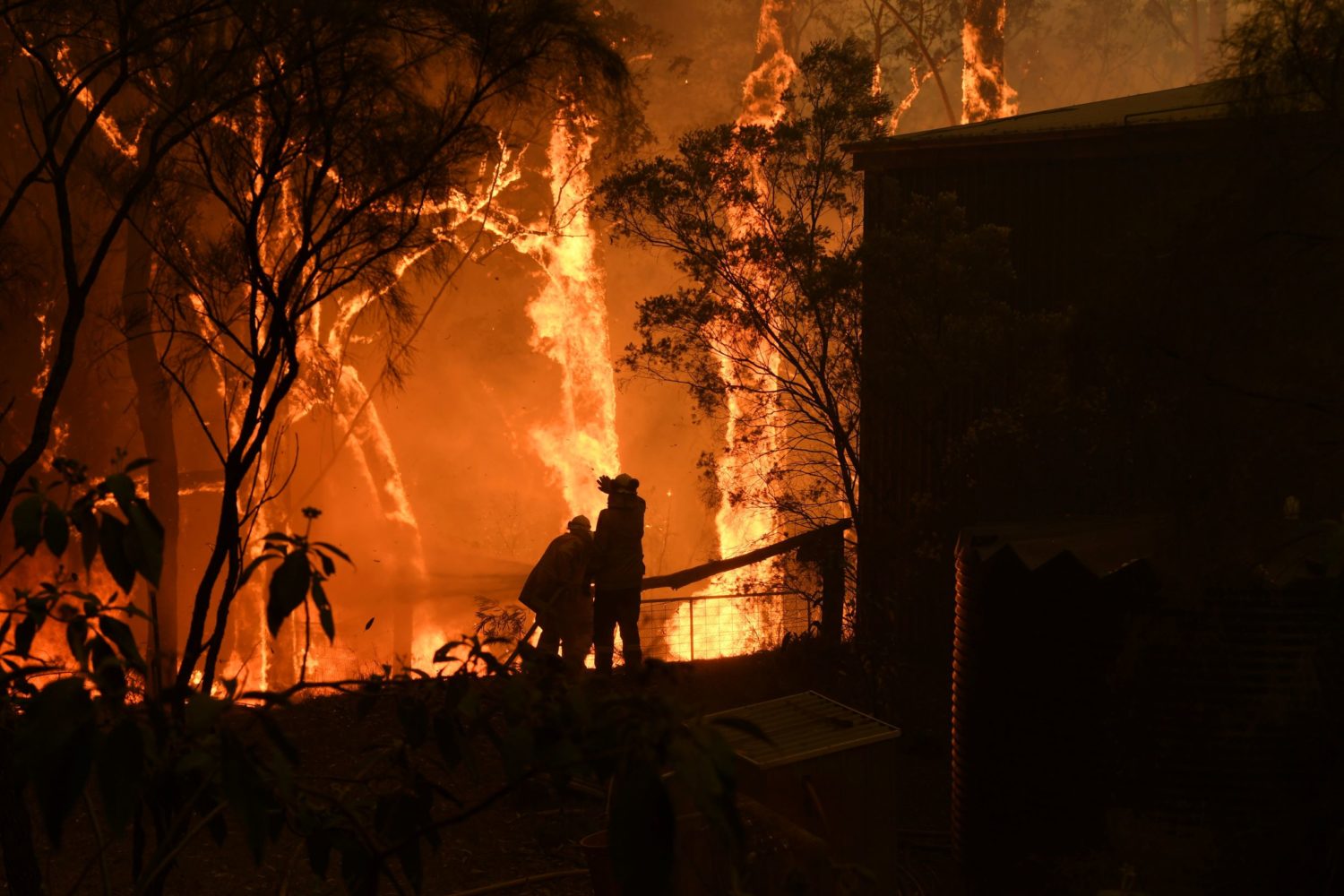 SYDNEY (Reuters) – Electricity firms cut off power to thousands of people, more than 100 schools were closed and residents in high risk regions sought shelter on Wednesday as Australia’s devastating bushfires opened up a new front.

Australia has been battling wildfires across several states for days, endangering thousands of people in many communities. Blazes so far this month have killed at least four people, burnt about 2.5 million acres (1 million hectares) of farmland and bush and destroyed more than 300 homes.

On Wednesday, a fresh battle line was drawn as 50 fires sprung up in South Australia state, where officials lifted the fire danger warning to “catastrophic” as temperatures passed 42 degrees Celsius (107.6 degrees Fahrenheit).

A catastrophic warning means that should a fire start, it will not be possible for firefighters to control it, given the weather conditions.

More than 600 firefighters attended to incidents across the state on Wednesday, and most were expected to keep battling fires throughout the night.

With strong winds stoking blazes, authorities put residents near four of the fires on high alert to flee in case the flames spread rapidly.

“This is the worst of the weather from a fire behaviour point that we will have seen,” Eden told reporters in Adelaide, the state capital.

Australia is prone to bushfires in its dry, hot summers, but the recent series of fierce blazes have been sparked early, in the southern spring, after a three-year drought that has left much of the country tinder-dry.

While the immediate threat was in the south on Wednesday, firefighters continued to battle about 100 fires that have been burning for several days across Australia’s east coast.

Sydney, the country’s most populous city with around 5 million residents, was covered with thick smoke for the second day running. Health officials on Tuesday warned people in the harbour city to stay inside as the smoke reached hazardous levels.