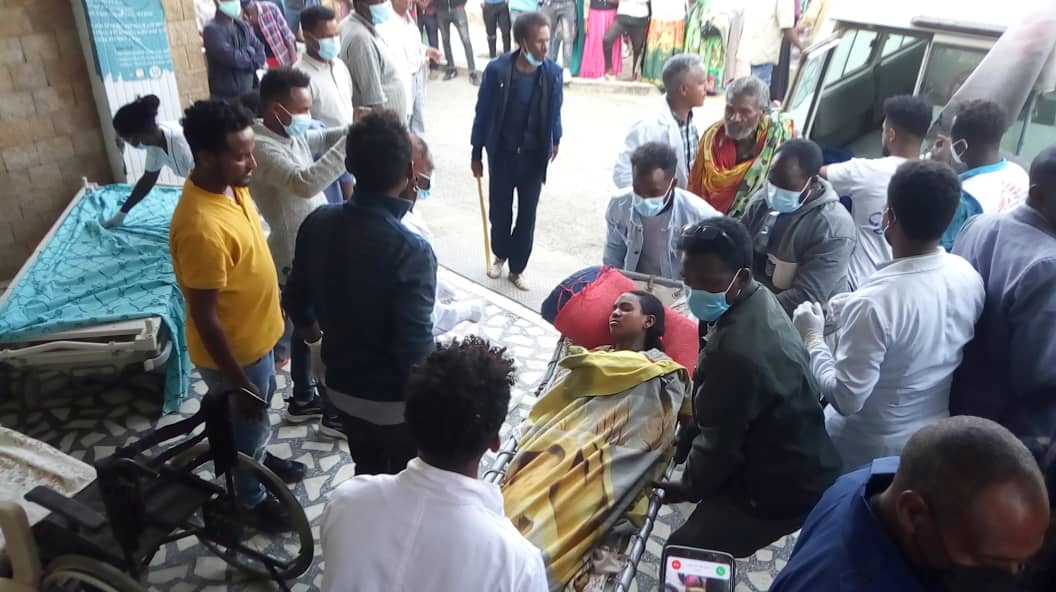 GENEVA (Reuters) -WHO chief Tedros Adhanom Ghebreyesus accused authorities in Ethiopia on Friday of blocking ambulances from reaching scores of victims of an air strike this week, a rare case of speaking out in his official capacity about the conflict in his homeland.

Tedros, who is an ethnic Tigrayan and former Ethiopian Cabinet minister, referred in his opening remarks at a WHO briefing to the air strike this week which hit a crowded market in his native region. The federal government has been waging war against fighters loyal to the former regional authorities since last year.

“Ambulances were blocked for more than a day from attending the scene and evacuating the wounded for medical care,” Tedros said.

“WHO is currently providing life-saving trauma and surgical supplies to a hospital that is treating survivors who were able to reach care,” Tedros said. “Attacks on civilians anywhere are completely unacceptable and so is denying them access to immediate care, because we lose lives.”

Tedros has occasionally tweeted about the conflict in Tigray, but has rarely mentioned it while speaking publicly in his official capacity as head of the WHO.

Ethiopia’s government has accused him in the past of supporting its opponents in the Tigray conflict, the Tigrayan People’s Liberation Front, which he previously represented as Ethiopia’s health minister and foreign minister.

Ethiopia’s military has denied that any civilians were among those killed in the air strike on the town of Togoga near the regional capital Mekelle. A military spokesman said on Thursday that all those struck were combatants, wearing civilian clothes.

Residents and doctors, however, have said that women and children were among the dead and wounded. A health official working on the response to the air strike said on Friday the death toll had risen to 64 killed, with 180 other people wounded.

The incident was one of the deadliest in months in a conflict in which the government had said major fighting largely ended last year.

It happened after residents described an increase in fighting in recent days, and fell on the anniversary of a 1988 air strike by Ethiopia’s then-ruling communists that killed hundreds of civilians, an event widely commemorated in Tigray.

On Friday, Tedros also tweeted a message from medical charity Medecins sans Frontiers, which reported that three of its staff had been killed in Ethiopia.