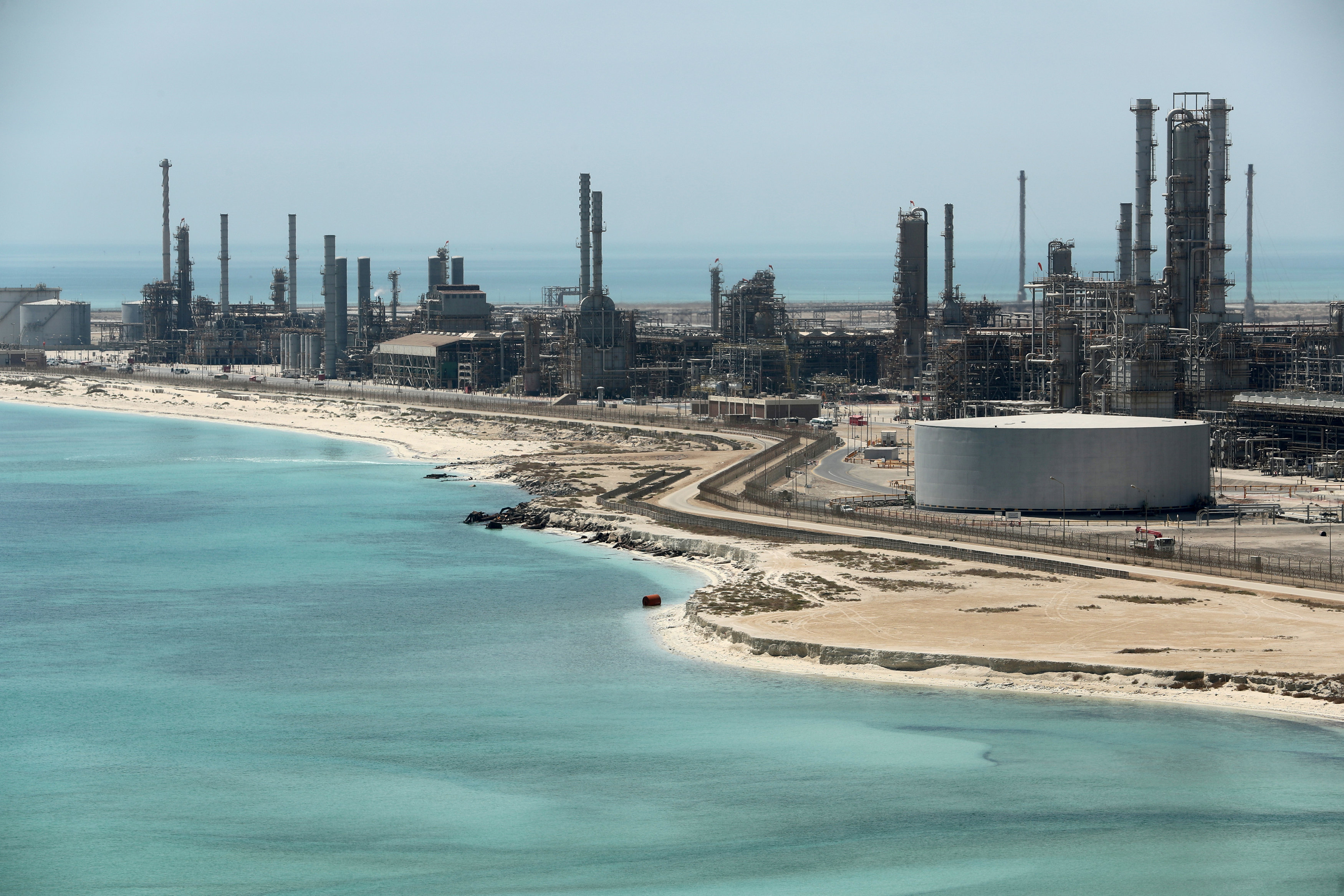 To date, no other exporters have followed suit. A full blockage of the strategic waterway would virtually halt shipment to Europe and the United States of about 4.8 million barrels per day of crude oil and refined petroleum products.

Western allies backing a Saudi-led coalition fighting the Houthis in Yemen expressed concern about the attacks, but have not indicated they would take action to secure the strait. That would risk deeper involvement in a war seen as a proxy battle for regional supremacy between Saudi Arabia and Iran.

The threat to shipping in Bab al-Mandeb has been building for some time, with the Houthis targeting Saudi tankers in at least two other attacks this year. It is not unusual to reevaluate security after such an incident, but Riyadh’s announcement also carries a political dimension.

Analysts say Saudi Arabia is trying to encourage its Western allies to take more seriously the danger posed by the Houthis and step up support for its war in Yemen, where thousands of air strikes and a limited ground operation have produced only modest results while deepening the world’s worst humanitarian crisis.

“Rather than allowing these hostile maneuvers to go unnoticed in the eyes of the world, the Saudi (energy) minister has placed Iran’s subversions of the whole global economy under the spotlight for everyone to see,” said energy consultant Sadad al-Husseini, a former senior executive at Saudi Aramco. “The capture of the port of Hodeidah will go a long way towards putting an end to these disruptions.”

Hodeidah, Yemen’s main port, is the target of a coalition offensive launched on June 12 in a bid to cut off the Houthis’ primary supply line. After failing to make major gains, the coalition halted operations on July 1 to give the United Nations a chance to resolve the situation, though some fighting has continued.

The suspension of Saudi shipments – with the implied threat of higher oil prices – may also be aimed at pressuring European allies, who have continued to support the nuclear deal with Iran following the U.S. withdrawal in May, to take a stronger stance against Tehran’s ballistic missiles program and support for armed groups across the region.

There was no official confirmation that the move was coordinated with Washington but one analyst said it would be astonishing if it were not, given the strategic alliance between the two countries. 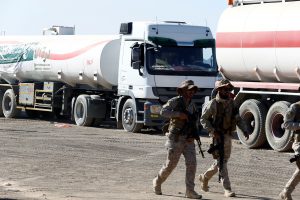 No party has much appetite for an all-out conflict, but the situation can easily deteriorate. Both the Saudis and the Houthis appear to want to raise the stakes – with different goals in mind.

“The Houthis are trying to provoke a situation where there’s a great effort to negotiate an end to the war in Yemen,” said James Dorsey, senior fellow at Singapore’s S. Rajaratnam School of International Studies.

“The Saudis are trying to create a situation in which the U.S. would in one form or another significantly step up support … so that they can claim military victory.”

The risk is that one side miscalculates, eliciting a response that is stronger than anticipated.

“We’re just one missile away somewhere from getting into a more direct confrontation,” said Helima Croft, global head of commodity strategy at RBC Capital Markets.

Saudi Arabia announced it was halting oil shipments through the Red Sea “until the situation becomes clearer and maritime transition through Bab al-Mandeb is safe”.

It is unclear when that will be. But there may not be a big rush as the world’s top oil exporter has other ways to supply European and U.S. markets.

Redirecting ships around the southern tip of Africa would cost a lot more in time and money, making it an unlikely alternative.

Instead, Saudi Arabia will probably use the Petroline, or East-West Pipeline, through which it transports crude from fields in its Eastern Province to the Red Sea port of Yanbu for export to Europe and North America.

It could also charter non-Saudi ships to carry its oil through Bab al-Mandeb, as it does with Asian customers using different routes, industry and trading sources say.

Experts say the United States and other partners could provide naval escorts to tankers and take more steps to reduce the Houthis’ capacity to target shipping, including arms supplies and help with logistics, intelligence and targeting.

Increased naval patrols helped curb pirate attacks in the nearby Gulf of Aden a decade ago, but Western allies are less likely to get directly involved this time to avoid being dragged into the Yemen war.

While a military approach might deal with the threat to shipping, Elizabeth Dickinson at the International Crisis Group says the only real solution is a settlement to the war in Yemen, which remains elusive.

After withdrawing from a 2015 nuclear agreement between Iran and world powers, Washington is now pushing countries to end imports of Iranian oil from November. Tehran has warned of counter-measures and threatened to block Gulf oil exports if its own exports are halted.

Despite exchanging bellicose threats with President Donald Trump, Iranian officials consider the possibility of a military confrontation with the United States “very low”. Some still believe in the possibility of direct negotiations, but several contacted by Reuters warned that Tehran’s response to a U.S.-initiated war would be costly.

“Our military power might not be equal to America’s but Iran’s non-conventional capabilities can and will be a blow to Americans, which will drag them into another quagmire in the region,” said a senior official who asked not to be named.

Besides disrupting the flow of oil in the Gulf, insiders say that in a direct confrontation, Iran could target U.S. interests from Jordan to Afghanistan, including troops in Syria and Iraq.

During the “tanker war” of the mid-1980s, Gulf waters were mined as Iran and Iraq attacked oil shipments. U.S., British and other foreign forces escorted other nations’ tankers – with some Kuwaiti ships reflagging with the U.S. banner – and conducted limited strikes on Iranian maritime targets.

While the Saudis could fly different flags now to try to avoid Houthi attacks, analysts say that would undermine their efforts to project power in the region.

(For a graphic on ‘Oil transit chokepoints’ click https://tmsnrt.rs/2K3HPVf)

(Additional reporting by Jonathan Saul in London, Parisa Hafezi in Ankara and Yara Bayoumy in Washington; Writing by Stephen Kalin)