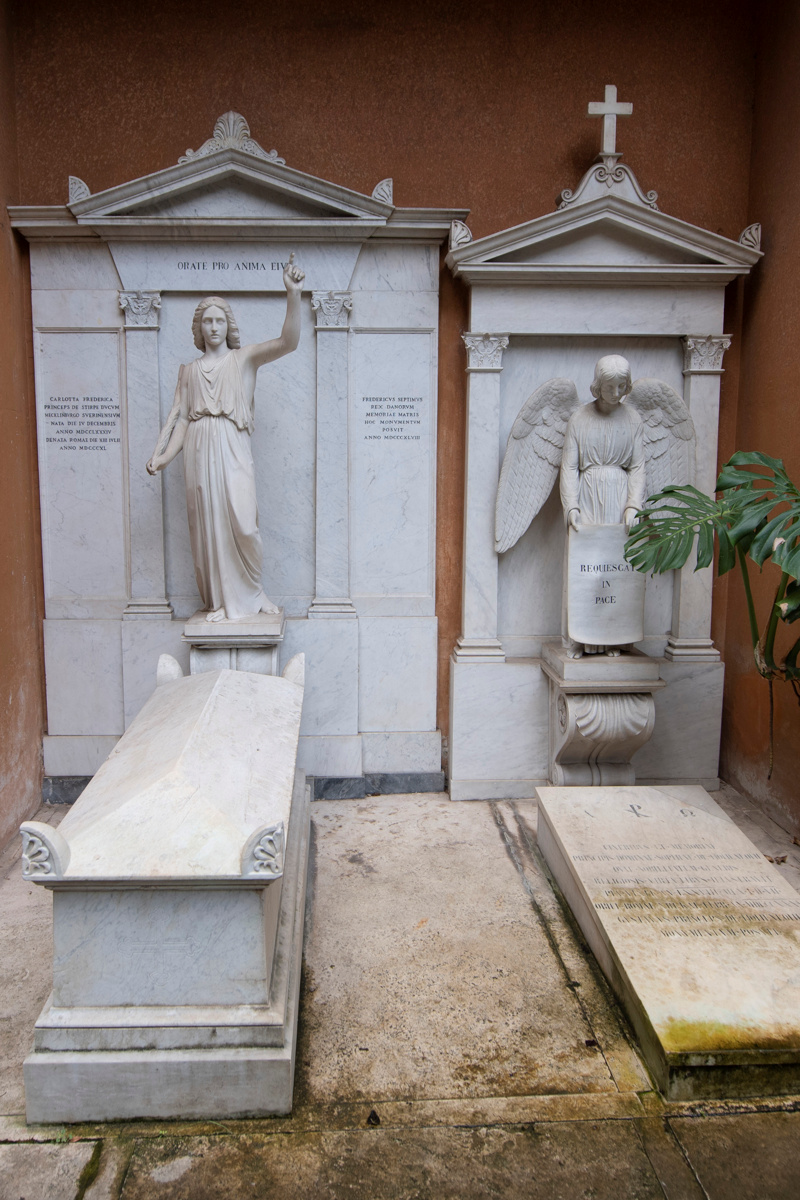 VATICAN CITY (Reuters) – The Vatican opened two tombs on Thursday to see if the body of a girl missing since 1983 was hidden there and ran into a new mystery when nothing was found, not even the bones of two 19th century princesses supposed to be buried there.

Experts were looking for the remains of Emanuela Orlandi, the daughter of a Vatican clerk who failed to return home following a music lesson in Rome. Her disappearance has been the subject of wild speculation in the Italian media for years.

Exhumation work began after a morning prayer in the Teutonic Cemetery, a burial ground just inside the Vatican walls used over the centuries mainly for Church figures or members of noble families of German or Austrian origin.

Officials were expecting to find at least the bones of Princess Sophie von Hohenlohe, who died in 1836, and Princess Carlotta Federica of Mecklenburg, who died in 1840, but there was no trace of either.

“The result of the search was negative. No human remains or funeral urns were found,” Vatican spokesman Alessandro Gisotti said.

Gisotti said the Vatican would now examine records structural work done in the cemetery at the end of the 19th century and again about 60 years ago to see if they could shed any light on the new mystery.

Princess Sophie’s tomb led to a large empty underground room and no human remains were found in Princess Carlotta’s tomb, he said.

“They went down and found a room measuring 4 meters by 3 meters (13 feet by 10 feet), which was the first surprise …There was absolutely nothing inside,” Emanuela’s brother, Pietro Orlandi, told reporters outside the Vatican.

The two tombs were opened in the presence of the Orlandi family and descendants of the princesses.

The Orlandi family had received an anonymous letter saying Emanuela’s body might be hidden among the dead in the Teutonic Cemetery where a statue of an angel holding a book reads “Requiescat in Pace,” Latin for “Rest in Peace”.

Theories about Orlandi’s disappearance have run the gamut from an attempt to secure freedom for Mehmet Ali Agca, the Turk jailed in 1981 for trying to assassinate Pope John Paul II, to a connection to the grave of Enrico De Pedis, a mobster buried in a Rome basilica. His tomb was opened in 2012 but nothing was revealed.

Last year, bones found during groundwork at the Vatican embassy in Rome sparked a media frenzy suggesting they might belong to Orlandi or to Mirella Gregori, another teenager who disappeared the same year. DNA tests turned out negative.

Police in 1983 did not exclude the possibility that Orlandi may have been abducted and killed for reasons with no connection to the Vatican or been a victim of human trafficking.