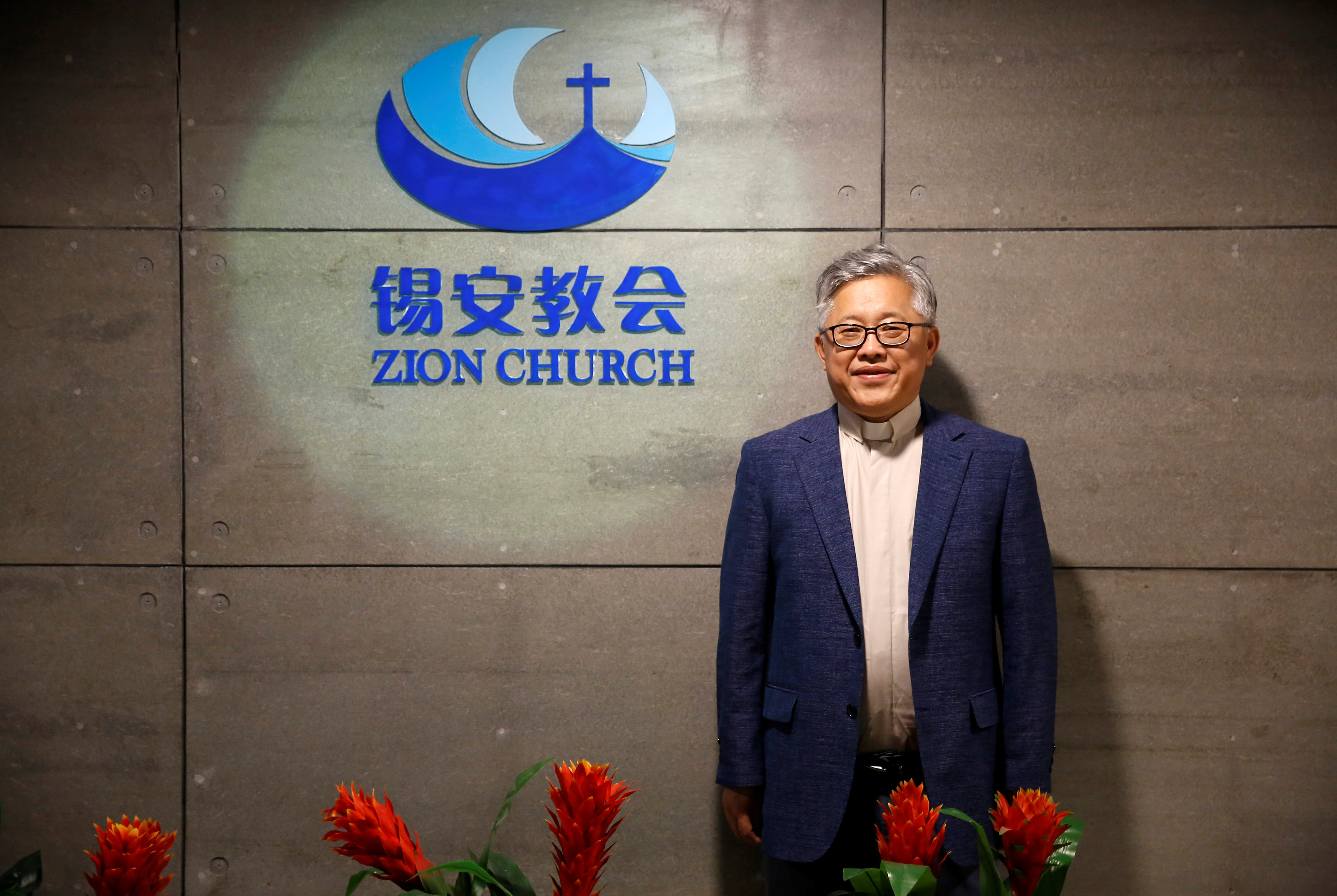 BEIJING (Reuters) – Beijing city authorities have banned one of the largest unofficial Protestant churches in the city and confiscated “illegal promotional materials”, amid a deepening crackdown on China’s “underground” churches.

The Zion church had for years operated with relative freedoms, hosting hundreds of worshippers every weekend in an expansive specially renovated hall in north Beijing.

But since April, after they rejected requests from authorities to install closed-circuit television cameras in the building, the church has faced growing pressure from the authorities and has been threatened with eviction.

On Sunday, the Beijing Chaoyang district civil affairs bureau said that by organizing events without registering, the church was breaking rules forbidding mass gatherings and were now “legally banned” and its “illegal promotional material” had been confiscated, according to images of the notice sent to Reuters late on Sunday and confirmed by churchgoers.

“I fear that there is no way for us to resolve this issue with the authorities,” Zion’s Pastor Jin Mingri told Reuters.

China’s religious affairs and civil affairs bureaux did not immediately respond to requests for comment.

China’s constitution guarantees religious freedom, but since President Xi Jinping took office six years ago the government has tightened restrictions on religions seen as a challenge to the authority of the ruling Communist Party.

Churches across China have faced new waves of harassment and pressure to register since a new set of regulations to govern religious affairs in China came into effect in February and heightened punishments for unofficial churches.

In July, more than 30 of Beijing’s hundreds of underground Protestant churches took the rare step of releasing a joint statement complaining of “unceasing interference” and the “assault and obstruction” of regular activities of believers since the new regulations came into effect.

Churchgoers were also given a notice from the district religious affairs bureau saying that the “great masses of believer must respect the rules and regulations and attend events in legally registered places of religious activity”.

Zion’s attendees were also given pamphlets of officially sanctioned churches that they might attend instead.

But for many worshippers and pastors, such as Jin, accepting the oversight and ultimate authority of the Communist Party would be a betrayal of their faith.

“On this land, the only one we can trust in is God,” Jin said.