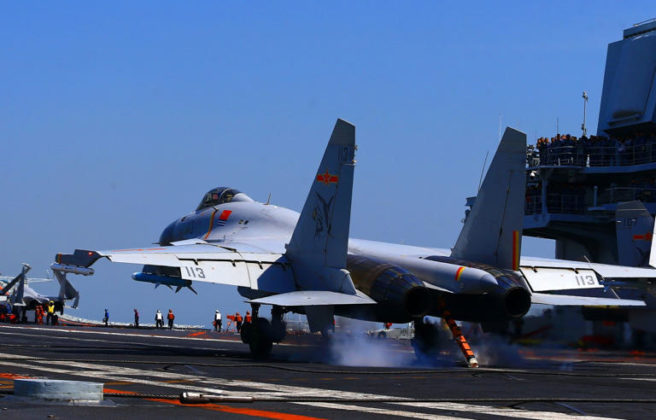 © Photographer: -/AFP This photo taken on April 24, 2018 shows a J15 fighter jet landing on China's sole operational aircraft carrier, the Liaoning, during a drill at sea.